Maya Hawke on her Stranger Things character: ‘I’d love to die with honor’ 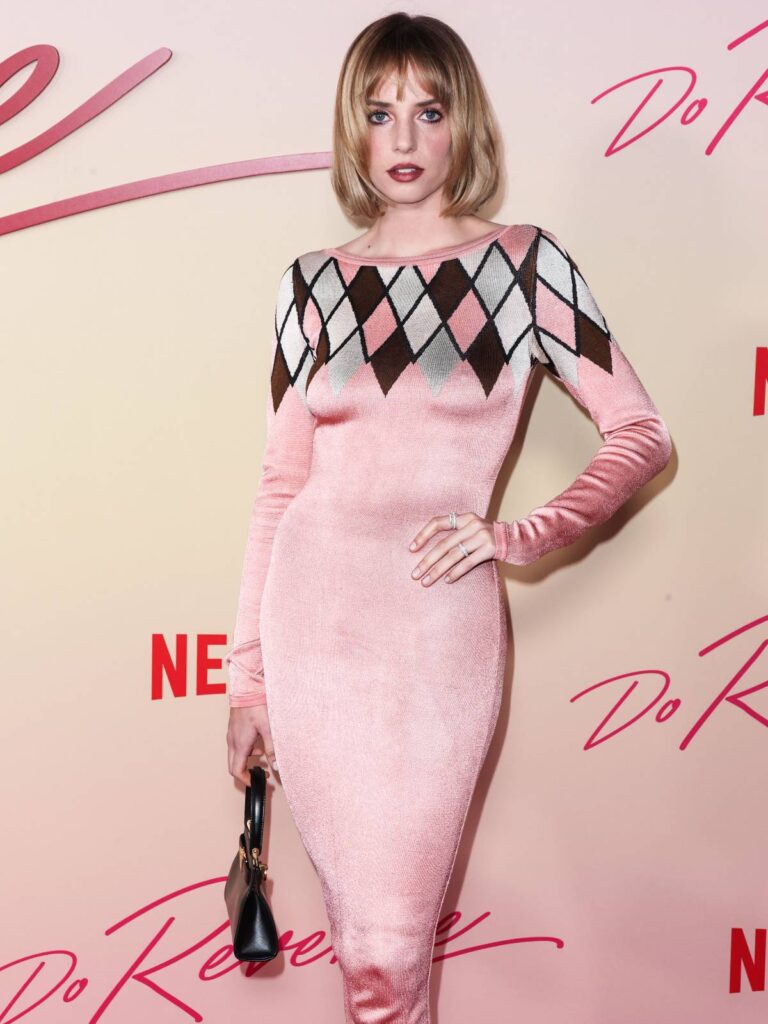 Spoilers for previously aired episodes of Stranger Things
I’m going to say that there are spoilers for all seasons of Stranger Things in this post but as Yahoo points out, it’s been four months since season four wrapped, it’s kind of on you at this point. Season Five, the final season of the series, is gearing up. Even if the cast knew what was going to happen, they’d be under the threat of Netflix to keep their mouths shut about it. However, that’s not stopping them from theorizing. Maya Hawke, who plays the plucky Robin Buckley, assumes someone’s going to die. Well, duh. That’s usually how they get things started. But she’s guessing some of the main cast will fall prey to a demogorgon, mind flayer or maybe Matthew Modine’s fabulous grey wig? We know the Duffer Brothers like to kill at least one fan favorite, and Maya’s offering herself up as volunteer. She said she’d love Robin to die a hero’s death before Hawkins gets sucked into the vortex or whatever they have planned. Who knows, she may get her wish.

Maya Hawke is totally game for her Stranger Things character Robin Buckley dying in the fifth and final season of the Netflix hit.

The actress and singer-songwriter is proposing a big “hero’s moment” death, not unlike the heartbreaking and gallant demises of Bob (Sean Astin), Billy (Dacre Montgomery), and, of course, Eddie (Joseph Quinn). (No, the latter is not a spoiler. It’s been four months!)

“It’s the last season, so people are probably going to die,” Hawke told Rolling Stone of the show’s upcoming fifth installment. “I would love to die and get my hero’s moment. I’d love to die with honor, as any actor would.”

While Hawke is all for a heroic Robin Buckley death, she also expressed that she would wholeheartedly support a spin-off series featuring her character and her coworker-slash-bestie Steve Harrington (Joe Keery), “where we go to New York and we’re just partying in the clubs and figuring our s— out.”

“Normally I wouldn’t really be a proponent of a spin-off, but if I got to do it with Joe Keery, I would do anything,” she told Rolling Stone. “He’s so funny and wonderful and smart, and he’s got great boundaries. He’s an excellent coworker, and I would do anything with him.”

Maya’s right, a lot of actors do want to die big deaths on screen. It’s a badge of honor in their career. I don’t know if a hero’s death or villain’s death matters, just as long as it’s close to the end of the project and it not only has a big impact on the story, but it’s a big death. That’s very actor-y. There’s no way to say this without sounding cruel but I’d be okay with Robin dying too. They’re wasting her and Steve currently so give her back her edge and kill her off in a really cool way. Like Maya, I’m curious who else they’ll kill. I don’t think the Duffers have it in them to kill one of the kids. Maybe Eleven. And they should kill Eleven, as a way to permanently close the hole to the Upside Down or something. They’ll take out an adult. Which one, I don’t know. Probably not Joyce, because, well, we’d come for anyone who killed Winona Ryder. Hopper’s living on borrowed time already. Murray Bauman is the safest kill. They like to pick off the teenagers/young adults so Steve, Nancy, Jonathan and Robin are really where we should be most worried. They may bring Barb back and kill her again, just to tick us off.

However, even after saying that, I am down with a Robin/Steve spin-off in New York. Especially if we can work a rehabilitated and now super groovy Vecna into the mix. So really, however the Duffers want to play God with Hawkins is good with me. I’m just here for the soundtrack.

20 Responses to “Maya Hawke on her Stranger Things character: ‘I’d love to die with honor’”