Jason Momoa: Everything I touch and wear I take from set 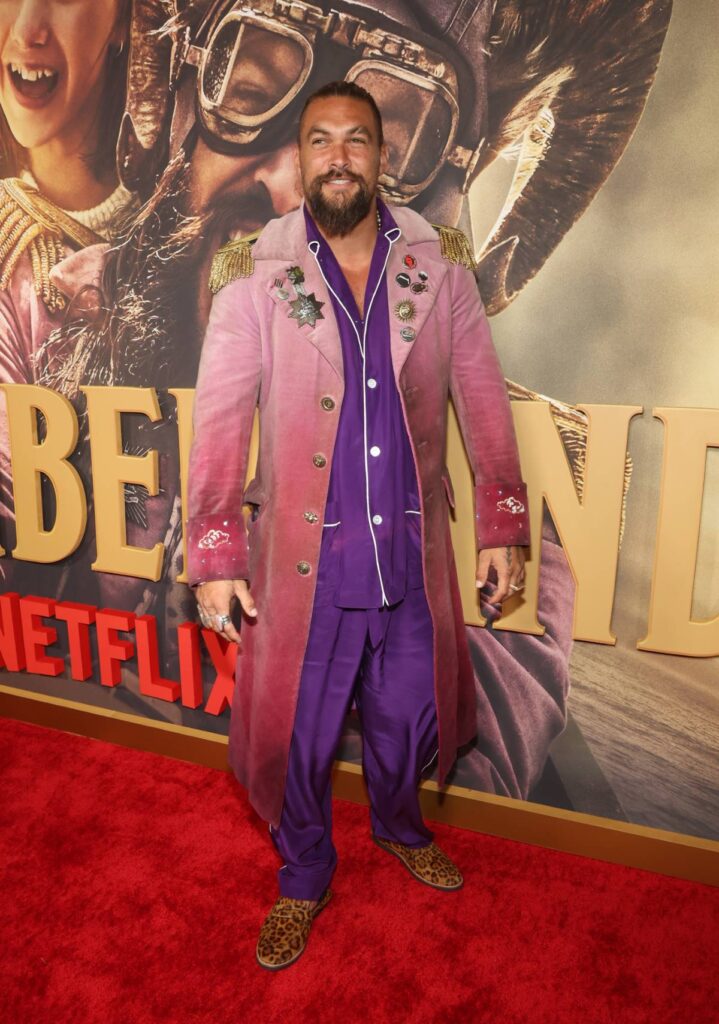 Jason Momoa stars in Slumberland, which premieres on Netflix today. It’s a kids’ movie that looks like Where the Wild Things Are. Jason seems like he’s having a blast in his role as Flip. To promote Slumberland, he did a Puppy Interview! So they loaded Jason’s sizeable arms up with adorable puppies and asked him a bunch of questions. At least I think they did, I don’t know, I was watching puppies and Jason’s arms flex. However, he apparently talked about things, like dancing with his daughter to Dua Lipa behind the scenes of Slumberland, stealing all of his costumes and wanting to make a RomCom with Emilia Clarke if she promises not to beat him up.

They danced behind-the-scenes on Slumberland: We had so much fun. Me and my daughter made up this dance to Dua Lipa. We do it in the movie and so my kids are teaching me and Marla learned it. That was a good behind the scenes.

He steals everything he wears from set: I have something on right now probably, yeah. I’m a natural born thief so I kind of take everything from set. Everything I touch and wear I take.

He’s ticklish: Oh yeah. And none of your g*d d*amn business where.

It’s Friday, so I pulled the lighter material from the interview. Jason also discussed his environmental efforts and his desire to have Polynesian history and culture properly portrayed. He mentioned how much he loves rock-climbing a few times, which I didn’t know about him. At one point, they ask if he’s a small dog or big dog kind of guy and send in a Great Pyrenees. This prompts Jason to FaceTime his mom who, I guess, loves Great Pyrenees. It’s adorable, especially when she compliments Jason on his necklace as if he wasn’t in the middle of promotional interview for his film.

As he promised in the interview, Jason posted the video of his daughter Lola teaching him and co-star Marlow Barkley the dance to Dua Lipa. It’s adorable and Lola is really talented. In regard to stealing all his wardrobe pieces, I hope it’s true. I love his wardrobe for Slumberland. But I won’t lie, my first thought was 1) the pink modesty sock he wore for his Game of Thrones sex scenes and 2) the loincloth photos he’s posting for his current project Chief of War.

PS – if anyone in LA needs some puppy time, come to the LA Auto Show this weekend. The DoVE Project will have a booth there with a bunch of adoptable pups! 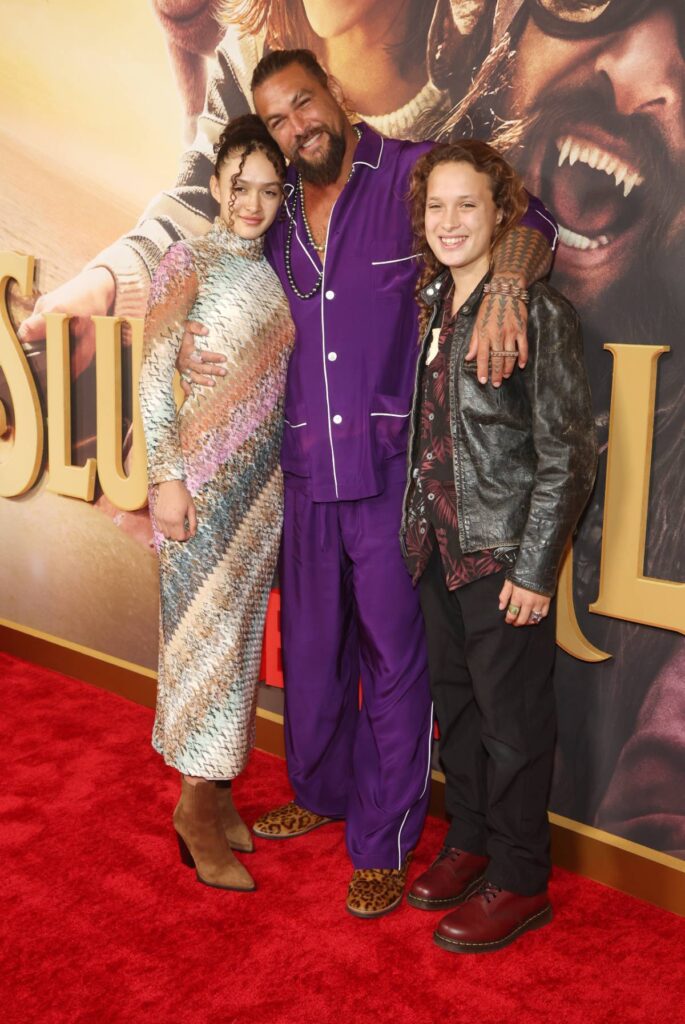 15 Responses to “Jason Momoa: Everything I touch and wear I take from set”