Brad Pitt covers the June issue of Vanity Fair. The cover shot is freaking me out a little bit. It’s not that Brad looks bad or anything, it just feels like they Photoshopped his eyes or something. He looks sort of like a zombie – which might be on purpose, considering the cover story doesn’t seem to be a straight-forward celebrity profile, but rather a profile of how much it cost to make World War Z and how difficult it was for everyone involved. Brad has put a lot of his Hollywood power on the line, and I’m sure he’s lost professional friendships because of World War Z. Will it be worth it in the end? Will WWZ end up making money? Also: there are some concerns that Brad didn’t even sit down for a photoshoot with VF, that this is an outtake from a photoshoot he did with the New York Times two years ago. Well… at least it’s not a dead celebrity. Here’s the VF cover story excerpt:

“He took me through how excited he was when he read the book, what was exciting for him, the geopolitical aspect of it,” screenwriter Damon Lindelof tells Vanity Fair contributor Laura M. Holson in the June issue of Vanity Fair of meeting Brad Pitt to discuss the star’s troubled zombie project, World War Z.

Lindelof says Pitt explained, “‘But when we started working on the script, a lot of that stuff had to fall away for the story to come together. We started shooting the thing before we locked down how it was going to end up, and it didn’t turn out the way we wanted it to.’” The actor asked him to watch an edit, and told him, “The thing we really need right now is someone who is not burdened by all the history that this thing is inheriting, who can see what we’ve got and tell us how to get to where we need to get.” Lindelof tells Holson the ending was abrupt and incoherent, but more importantly they were missing a large chunk of footage.

In her revealing report, Holson also speaks to director Marc Forster and Paramount executives Marc Evans and Adam Goodman about the many problems that plagued the set—which included re-writing and reshooting 40 minutes of the film to find a coherent ending—and, most astonishingly, how the budget ballooned to around $200 million.

While closing down the production in Malta, for instance, the wrap-up crew found a stack of purchase orders related to the cast and extras that had been casually tossed into a desk drawer and forgotten; the amount totaled in the millions of dollars. Marc Evans, president of production at Paramount, was shocked. He calls the overages an “unthinkable action” which needed to be addressed immediately. “It was literally insane. Adam [Goodman, president of the Paramount Film Group] and I believed we’d gotten out of Malta good, and I found out we weren’t. That is a nightmare.”

When it came time to watch the director’s cut, Holson reports, the room was silent. “It was, like, Wow. The ending of our movie doesn’t work,” says Evans. “I believed in that moment we needed to reshoot the movie.” After 10 minutes of polite discussion, everyone left. “We were going to have long, significant discussions to fix this,” he recalls thinking.

“I said to them, There are two roads to go down here,” says Lindelof. “Is there material that can be written to make that stuff work better? To have it make sense? To have it have emotional stakes? And plot logic and all that? And Road Two, which I think is the long-shot road, is that everything changes after Brad leaves Israel.” That meant throwing out the entire Russian battle scene—or about 12 minutes of footage—and crafting a new ending. “I didn’t think anyone was going to say, ‘Let’s throw it out and try something else,’ ” Lindelof recalls. “So when I gave them those two roads and they sounded more interested in Road B”—which meant shooting an additional 30 to 40 minutes of the movie—“I was like, ‘To be honest with you, good luck selling that to Paramount.’ ”

I am pretty interested in reading this just because we’ve spent the past two years talking about the disastrous production and all of the angst and drama that came along with trying to film the unfilmable story. I think it’s interesting that this excerpt doesn’t include any quotes from director Marc Forster, or even anyone giving his point of view. That’s probably because Forster is being thrown under the bus. NY Magazine reported last year that Brad wasn’t even speaking to Marc when it got time for the reshoots, and that everyone’s nerves were frayed and Marc got a lot of the blame for it. 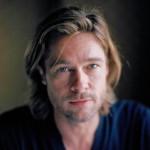