This ^^^ is an image from Kanye West’s new album. Isn’t it crazy/magical? Only Kanye would be like “Yeah, I want a mask made out of diamonds.” We haven’t really discussed Kanye’s new, long-awaited album, have we? His new studio album is called Yeezus. As in “Jesus + ‘Ye = Yeezus”. As in, he’s calling himself Jesus, I guess. This is the album he’s been working on for so long in Paris. This is the reason he’s not involved with Kim’s pregnancy at all. Because he’s Yeezus. Anyway, Kanye has been releasing new songs to live audiences for the past month or so and people have already heard the title track, “Yeezus” and “Black Skinheads” and “New Slaves”. When Kanye performed in NYC over the weekend, he played a new song, this one called “I am a God”. He had to rant about it too:

Another concert, another controversy from Kanye West. The rapper, increasingly known for his bizarre on-stage rants, stunned the crowd at NYC’s Governor’s Ball last night when he debuted his new song “I am a God.”

He courted controversy yet again with another new song, “Black Skinheads,” which featured sinister background dancers in black KKK-style hoods. The lyrics to that song also included religious taunts, like “If I don’t get ran out by Catholics / Here come some conservative Baptists / Saying he overreacting.”

Former Full House star Candace Cameron Bure, a conservative Christian recently spoke out against ‘Ye’s album, calling it “blasphemy” and ridiculing the star for “comparing himself to Jesus.”

But Kanye made it clear that he doesn’t care what the former “Full House” star or anyone else thinks during a fifteen-minute rant mid-show.

Speaking of his clique, Kanye spent the night before his concert celebrating his 36th birthday sans pregnant girlfriend Kim Kardashian the night before at Afro-Caribbean restaurant Miss Lily‘s until 3 am with Jay-Z, Beyonce, rapper Nas, Scott Disick and others.

If you missed it, Kanye made some not-so-veiled references to the record executives who want Kanye to tone it down and edit some of his songs so they’ll be more radio-friendly. Page Six also had a lengthy, exclusive story about what’s going on behind-the-scenes at Def Jam:

Kanye West is driving Island Def Jam executives “crazy” with last-minute changes, a new producer and legal issues over his new album, “Yeezus.” Sources exclusively tell us that last week — just two weeks before the album drops — West brought in legendary producer Rick Rubin to help lay down additional tracks for the record, and Def Jam execs spent the week haggling over rights for a vocal he used on his song “Onsite.”

“Even by Kanye West standards, this is pushing it,” said a music industry source.

Page Six reported last week that after months spent in Paris recording, West was still working in the studio after early releases got mixed reviews. We hear that Rubin, the co-founder of Def Jam Records, was brought in to help West finish the album. Rubin will be listed as executive producer, sources said.

Def Jam executives haggled over rights to West’s racy song “Onsite,” where the rapper samples an old vocal track from kids in a Chicago church choir. We hear lawyers last week had to track down the choir director and members of the Holy Name of Mary Church choir on the South Side of Chicago to get clearance for the vocals.

Def Jam label chiefs were so worried about whether they would get rights to the track, producers re-recorded the vocals with a different choir to be used in case they couldn’t nail down an agreement with the Holy Name crew in time. By the end of the day Friday, we’re told, West decided to use the new recording with the other choir just to be safe.

Sounds like Kanye really wasn’t working so hard in Paris after all. Sounds like he just wanted to be in Paris rather than LA. As for Yeezus and the controversy and whether or not this is going to be a good album… I don’t know. I remember when Kanye went away for the better part of a year to make My Beautiful Dark Twisted Fantasy and everyone said he had lost it, but really… that’s his best album thus far. It was also released in November 2010. Is Kanye still capable of making good music (without Jay-Z’s help)? Or does he have too much drama? 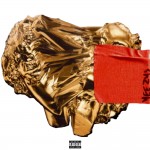