It seems like only yesterday that Rolling Stone was making one of the Boston Bombers into a Teen Beat-esque dreamboat, and now here we are, with Pope Francis covering the new issue. This is the first time a pope has ever covered Rolling Stone. So maybe he’s not so much “The People’s Pope” as “The Rock N’ Roll Pope”? He was a bouncer at a club, remember? I wonder if he digs The Beatles. Anyway, RS put their cover story online, and you can read the whole thing here. Here’s the overview:

Sarah Palin has described Pope Francis as “kind of liberal.” Rush Limbaugh has used the phrase “pure Marxism” to describe the pope’s idea that a modern “culture of prosperity” has deadened people to the miseries of the poor. And many more conservatives have questioned his comment on homosexual priests – “Who am I to judge?” So just who is Pope Francis?

Rolling Stone sent contributing editor Mark Binelli inside the Vatican to deliver a portrait of His Holiness, a man who was born Jorge Mario Bergoglio 77 years ago in Buenos Aires, for the cover story in our new issue (on stands Friday). What he learned was that Pope Francis is making a noticeable break from Vatican tradition, facing political issues head on and presenting a more all-inclusive attitude toward human rights – and that Catholics are appreciative.

In less than a year since his papacy began, Pope Francis has done much to separate himself from past popes and establish himself as a people’s pope. Francis chose not to reside in the papal palace, but to stay in the Vatican guest house, freeing himself of the insulation of Vatican clergymen. He opts to ride around town in a Ford Focus instead of a chauffeured limo. He pays his own hotel bills and keeps his agenda. And, while Binelli was in Italy, he told a congregation in the piazza that was weathering a storm that he wished he could come down to be with them. “He seems to really mean it,” Binelli reported.

A Vatican insider commented on the way Francis has opted for privacy and independence in a way his predecessors haven’t. “John Paul II and Benedict both had an inner circle so this is very disconcerting to the people on the inside,” he told Rolling Stone. “Does Francis have a war room? No, probably not. But who is he talking to back there? No one really knows.”

Beyond offering a friendlier alternative to Benedict XVI – his predecessor, who was the first pope to resign from his post in 700 years and who had a far more draconian outlook on homosexuality – Pope Francis has begun investigations into possible corruption within the church. He has explored ways to deal with the problem of pedophilia, looking into ways to take measures and counsel victims.

“Francis is already changing the church in real ways through his words and symbolic gestures,” Father Thomas J. Reece, a senior analyst at the left-leaning National Catholic Reporter told Rolling Stone. “He could sit in his office, go through canon law and start changing rules and regulations. But that’s not what people want him to do.”

Since the papal election, attendance at papal events in the Vatican have tripled to 6.6 million people, Binelli reports. Through quotations from Vatican experts and an engaging biography that shows how the pope struggled through dark times to emerge as the frontrunner for papacy, Rolling Stone presents the pope as a man tied to religious tradition on one hand and fighting to bring the church into a new era with the other. As the cover suggests, “The times, they are a-changin’.”

“He could sit in his office, go through canon law and start changing rules and regulations. But that’s not what people want him to do.” Um… that’s what SOME people want him to do. But that’s not what the Vatican’s conservative old guard wants. It’s so encouraging, isn’t it? The fact that there’s a Pope who is engaged not only in addressing the pedophilia scandals, but who also wants to reign in some of the reckless and feckless spending by some of the bishops and priests. Can the Pope order an audit of Vatican expenses? That would be interesting. 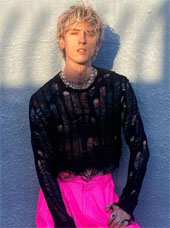