Yesterday, I covered Zendaya Coleman’s Vivienne Westwood dress at the Oscars. Z also sported some fresh dreadlocks, which were part of her red carpet look. The dreadlocks are gorgeous, and Zendaya wears them well.

On yesterday’s edition of Fashion Police, Giuliana Rancic mocked the dreads. This Vine video shows Rancic saying, “I feel like she …. she smells like patchouli oils, or weed. Maybe weed.” Zendaya penned a response:

There is a fine line between what is funny and disrespectful. Someone said something about my hair at the Oscars that left me in awe. Not because I was relishing in rave outfit reviews, but because I was hit with ignorant slurs and pure disrespect. To say that an 18 year old young woman witl locs must smell of pachouli oil or “weed” is not only a large stereotype but outrageously offensive. I don’t usually feel th need to repond to negative things but certain remarks cannot go unchecked. I’ll have you know my father, brother, best childhood friend and little cousins all have locs. Do you want to know what Ava DuVernay (director of the Oscar nominated film Selma), Ledisi (9 time Grammy nominated singer/songwriter and actress), Terry McMillan (author), Vincent Brown (Professor African and African American studies at Harvard University, and an MA and PhD from Yale University) as well as many other men [women] and children of all races have in common? Locs. None of which smell like [marijuana]. There is already harsh criticism of African Amercian hair in society without the help of ignorant people who choose to judge others based on the curl of thei hair. My wearing my hair in locs on an Oscar red carpet was to showcase them in a positive light, to remind peole of color that our hair is good enough. To me locs are a symbol of strength and beauty, almost like a lion’s mane. I suggest some people listen to India Arie’s “I Am Not My Hair” and contemplate a little before opening your mouth so quickly to judge.

Zendaya’s response is perfect. She has a good head on her shoulders and dealt similarly in the past with the Aaliayah biopic scandal. Here, Z calmly and rationally called out Rancic for a ridiculous generalization. For what it’s worth, Rancic has “apologized” if anyone was offended.

Dear @Zendaya, I'm sorry I offended you and others. I was referring to a bohemian chic look. Had NOTHING to do with race and NEVER would!!!

Eh. The damage is done. Rancic didn’t think before speaking. She wasn’t talking about some “bohemian chic” stuff. She drew the connection between dreadlocks, Bob Marley, and marijuana and applied it to anyone with dreadlocks. There’s some hypocrisy too — people aren’t buying Rancic’s apology. They’re calling out Rancic on Twitter, especially because Kylie Jenner’s recent dreadlocks (and Lady Gaga’s) were treated much differently on E!

when Kylie Jenner got dreads they were "edgy" and "urban". Yet when Zendaya got them, they smell like "weed & oil". THIS IS WHY WE GET MAD. 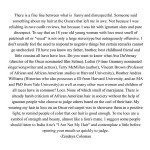