Jessa Duggar’s father-in-law: Josh Duggar was a pretender, not a ‘true Christian’ The Duggar family is not the only crazy hyper-Christian family in America. In fact, the Duggars are often marrying into families that are equally crazy, if not more so. Jessa Duggar married Ben Seewald last year and all we really knew about the Seewalds was that they were pretty close in ideology to the Duggars. The above photo in Ben with his father Michael Seewald. Michael has a blog where he expounds on all things faith-based, interpreting the Bible to make sense of the modern world, if you will. Well, Michael Seewald – Jessa Duggar’s father-in-law, remember – took to his blog to chat about what went down with Josh Duggar and the Ashley Madison hack.

It’s worth noting that this is not the first time Michael Seewald has used his blog to discuss the family his son married into. I think Michael likes his daughter-in-law and he likes Jim-Bob and Michelle, but it’s clear that he’s not above throwing Josh under the bus. He previously wrote about Josh’s molestation of five young girls, where he half-defended Josh and half-slammed the “leaking” of a police record which was public record. Anyway, you can read Michael’s newest blog post here. The gist? Real Christians do more than talk the talk, they need to walk the walk. Meaning Josh Duggar is not a “real Christian.”

It distresses me to say that Josh Duggar’s greatest sin is a byproduct of the sum total of his secretly sinful lifestyle. That is, that by his hypocrisy, he blasphemed the name of God. He claimed to be a Christian, but by his deeds he has suggested otherwise. With the name of God on his lips he lived a covert and extensive lifestyle of evil. While proudly saying things like, “Our family is like the epitome of conservative values”, he was looking at porn and soliciting affairs. He took a job at the Family Research Council that exists to promote the traditional family, all the while undermining his own family by violating his marriage covenant.

He flourished in the fame of his family and the success of their television show, all the while betraying their trust and Christian values. The thing that is so hurtful is that he was a loud voice endorsing Christian ethics and he has been shown to be a fraud. I am profoundly grieved that he attained such a platform only to bring shame on God’s holy name and the Christian faith. After hearing of Josh’s scandal when he was a teenager, I publicly stated that Josh appeared to be a changed man, was walking above reproach, and living out the faith that he professed. I stood in solidarity, encouraging him to use the scandal to build humility and grace. Sadly, he had deceived us all. The name of God has been blasphemed and God is jealous for his name.

To the person reading this, I want to caution you. Josh was a pretender. True Christians fail often, but their lives are truly being conformed to the image of Christ. Do not look at Josh and justify your own sins by dismissing the reality of genuine faith and a holy God. When you stand before God, you will not be compared to hypocritical Christians. You will be judged by God’s holy law. When you are found guilty, you will not get to say, “But what about Josh? I’m better than he is”. God’s wrath will burn against you because of your own sins.

I’m a big believer (I almost wrote “belieber,” hand to God) in judging people by their own standards, which is what I think Michael Seewald is doing here. Josh and his family claimed that they were everything a good, conservative Christian family should be. And now we know that Jim-Bob and Michelle covered up Josh’s criminal acts and likely further victimized Josh’s victims. We know that Josh was carrying on affairs all while working at the Family Research Council and claiming that gay marriage would destroy the country. It’s no secret that Josh is a hypocrite, child molester, adulterer, liar, and pervert. But should he also be shunned by his own wingnut community? Hm… it honestly feels like they’re shunning him as a way of not examining their own sheltered lives. Basically, is Josh an outlier or is he the natural product of this kind of wingnuttery? Photos courtesy of the Duggars’ and Seewalds’ social media. 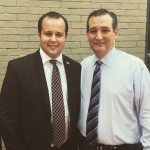 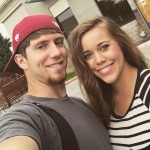 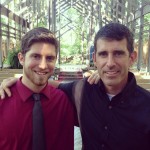 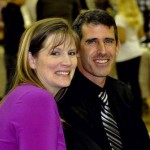 64 Responses to “Jessa Duggar’s father-in-law: Josh Duggar was a pretender, not a ‘true Christian’”