Calvin Harris to Taylor Swift: ‘You need someone new to try & bury like Katy’ I updated yesterday’s post as news kept coming in, but it’s worth discussing all of the crap that happened after TMZ reported – based off of what they were being told from sources close to Taylor Swift – that Swifty was the one who wrote Calvin Harris’s hit song “This Is What You Came For,” which features vocals by Rihanna. As it turns out, the conspiracy theory/rumor was and is absolutely true. Taylor’s rep confirmed it to People Magazine yesterday, saying: “Taylor Swift wrote ‘This Is What You Came For’ under the pseudonym Nils Sjoberg.” People Mag also ran what amounted to a confirmation of TMZ’s earlier reporting, that Taylor was very hurt when Calvin said he didn’t want to collaborate with her after they had already collaborated. So what was Calvin’s reaction to Team Swifty running to the press to correct the record? He got on Twitter and dragged her. Here’s what he wrote:

And she sings on a little bit of it too 🙃
Amazing lyric writer and she smashed it as usual https://t.co/vW3yGOIJit

I wrote the music, produced the song, arranged it and cut the vocals though. And initially she wanted it kept secret, hence the pseudonym

I know you're off tour and you need someone new to try and bury like Katy ETC but I'm not that guy, sorry. I won't allow it

I know I’ve criticized Calvin Harris before for his pettiness and inability to simply let go of the drama. But really… how amazing is this? This is Calvin Harris being a bitchy schoolgirl which is TOTALLY TAYLOR SWIFT’S LEVEL. He’s all, “Why do you keep leaking stories about me, aren’t you with the new love of your life?” And “Don’t try to ‘Bad Blood’ me, chica.” Once again, Calvin and Taylor were so perfect for each other. They are both equally petty and juvenile. And it is glorious.

Oh, and Taylor couldn’t let Calvin’s tweets just sit there, she responded via TMZ, insisting that Calvin is trying to downplay her involvement in the song, that she not only wrote the lyrics but also created the melody. “Calvin sources” concede that Taylor did create the melody, but insist that Calvin did everything else. And those Calvin sources say Taylor is “acting like he’s only got one hit song. LOL.”

But my favorite part is that since Calvin name-checked Katy Perry – Taylor’s #1 Nemesis!!! – Katy felt the need to chime in too. The Hillary GIF came first, then the retweet from 2015. Bless her. 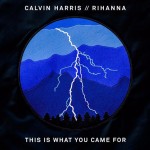 407 Responses to “Calvin Harris to Taylor Swift: ‘You need someone new to try & bury like Katy’”