The Weeknd cut his dreadlocks for his new ‘Starboy’ album art: yay or nay? The Weeknd (Abęl Tesfaye) has some really big fans, and they obsess over every part of him, from his body to his music to his girlfriend to his hair. Abel’s fans were flat-out obsessed with his fat dreadlocks, and I remember reading that some fans had even given his individual dreads special names. Well, sad news for those people… The Weeknd got a haircut!!! Abel showed off his new look on his Instagram and Twitter when he posted the new promotional image for her latest single, “Starboy.” That’s actually the name of his album too.

I wasn’t expecting a new album from The Weeknd so soon, I’ll admit. His last album, Beauty Behind the Madness, was released in August 2015, although he had been releasing singles from the album for months prior to the album release. Beauty was his first album working with co-producers and co-songwriters in LA, like Max Martin, and Abel said that he was actively seeking mainstream pop music success, which he got in spades. I would imagine this new album will be similar, in that there will be some very radio-friendly songs combined with some more experimental stuff. “Starboy” seems like a good combination – it features Daft Punk! You can listen to the track here.

As for Abel’s new look… I’m okay with it, although I did enjoy his dreads. They were so fat!! And I loved how he styled them. 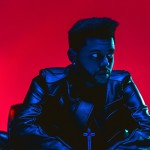 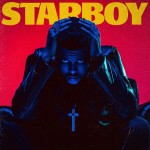 24 Responses to “The Weeknd cut his dreadlocks for his new ‘Starboy’ album art: yay or nay?”