There are several layers of awfulness around this story. The first layer is just a general disgust that Mattel has given the greenlight to make a film about Barbie. It just feels… unnecessary and dumb. The next layer of awful is that the leading candidate to play Barbie is… Amy Schumer??? Are you joking? Apparently not. All the trade papers are buzzing with leaked details, trying to get people excited about the idea of Amy Schumer-as-Barbie. While the script details make sense, I still think this idea is no bueno.

Amy Schumer is in negotiations to play the title role in Barbie, the live-action Sony Pictures film based on the venerable Mattel toyline. The PG movie will begin production in the spring for a global summer 2018 tentpole bow, after Schumer puts her imprint on the Hilary Winston script, doing a rewrite with her sister Kim Caramele. Given her edgy stand-up comedy and her movie breakthrough writing and starring in the R-rated Trainwreck, what makes Schumer the right actress to play the embodiment of a beloved toyline that for years featured a doll with impossibly perfect physical proportions? Aside from the fact that she has Barbie hair, Schumer’s growing stature as a role model for female empowerment fits perfectly with how the film will exploit Barbie’s evolution into dolls of different sizes and shapes.

Schumer will play a character who lives in Barbieland, among all of the various Barbie characters beloved by doll collectors (there are dolls covering over 180 careers). In a fish-out-of-water story reminiscent of films like Splash and Big, Schumer’s Barbie gets kicked out, basically because she’s not perfect enough, is a bit eccentric and doesn’t quite fit the mold. She then goes on an adventure in the real world and by the time she returns to Barbieland to save it, she has gained the realization that perfection comes on the inside, not the outside, and that the key to happiness is belief in oneself, free of the obligation to adhere to some unattainable standard of perfection. Mattel, with a lot at stake since the toyline has generated $3 billion in sales, signed off on the take.

The studio will now lock in a director, and the clear intention is that the filmmaker be a woman. Word around Hollywood is there is a short list of directors including Me Before You helmer Thea Sharrock (who is apparently unavailable for the slot), but it’s a big job and the studio expects to fill it shortly.

Deadline basically says that this role was delivered on a silver platter to Schumer, and that Mattel wants the film to deflect the body-diversity and racial-diversity mission of New & Improved Barbie, which was launched in January of this year. Mattel “remade” Barbie in all different colors and shapes, in an attempt to appeal to millennial moms. It’s also worth noting that the Barbie doll redo came about because Barbie sales fell off a cliff about three years ago. That’s probably why Mattel was suddenly so eager to greenlight a Barbie movie too.

As for Amy Schumer as Barbie… I get what they’re trying to do. I get that Amy Schumer isn’t anyone’s idea of Barbie and that the message is supposed to be “every woman is unique, be your own individual Barbie.” But I just don’t think Amy should be the face of it. Oh, and if Skipper is involved, they should cast Lena Dunham. That would be Peak White Feminist Barbie nonsense. 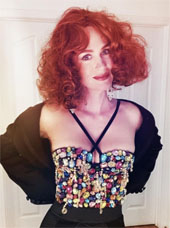 Camilla to be named ‘counsellor of state’

Harry Styles as Dorothy in WoZ

Juliette Lewis on her NBK character

Trailer for Book of Boba Fett