I keep telling you guys, my mojo is really “off” this year when it comes to box office predictions and Rotten Tomato scores. Pretty much every film that I think looks terrible is some kind of critical darling and it makes a lot of money. Every film that I think looks good has been bombing. So it is with Blade Runner 2049. I kept seeing all of the hype machine stuff for the film, and I kept thinking, “yeah, but is anyone really interested?” It just seemed like a gigantic shrug to me. But the film is currently sitting at 94% at Rotten Tomatoes, and critics absolutely love it. Box office predictors say that the film will open with $100 million worldwide, possibly more, and that this could be the biggest film of Ryan Gosling’s career. So… once again, I was wrong. People are into it. Dystopian future films are the future!

Anyway, all of that is to say that I haven’t been paying close attention to the promotional tour of Blade Runner 2049. Ryan Gosling is always pretty charming, but Harrison Ford is such a grumpy bastard, I just thought… there will be no spark as they try to promote this film together. Once again, I was wrong! They are delightful together. Their joint interviews have been hilarious and silly and they have great chemistry together. Take this clip from last weekend’s Graham Norton Show:

Very cute. But that was just a precursor to this absolutely amazing joint interview with Alison Hammond on This Morning (Gosling and Ford were shilling this movie in Britain and Europe for weeks). Please watch this, because you’ll be laughing through the entire clip. Hammond is HILARIOUS and she gets Ford and Gosling so loose.

I don’t think I’ve seen Harrison so lively and off-the-cuff in a long time. This honestly is the best thing I’ve seen all week! 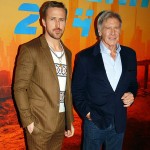