Christian Bale seems to think that romantic comedies are beneath him I don’t give Matthew McConaughey a lot of credit for most things, but I’ll give him this: he is good at being a romantic lead. So is Keanu Reeves, so is Tom Hanks, so is Colin Firth, so is Hugh Grant, so is Kumail Nanjiani. Those are actors who are great as “falling in love on-screen.” They are open to having great chemistry with a leading lady. This used to be a given with actors: they would need to be good at romance on-screen. But it’s fallen by the wayside over time, concurrent with the rise of superhero films, honestly. Few major actors these days are open to playing romantic leads or even reading romantic-comedy scripts. Christian Bale is one of those actors. It’s weird, because he’s so talented, I think he would be great at anything he wanted to do. But when asked about doing a rom-com, he scoffed and dissed the whole genre, like rom-coms are beneath him. He also said a lot of sh-t about why he loves to do those drastic physical transformations and more in this Guardian interview:

How he gained weight to play Dick Cheney: “I ate a lot of pies… I’ve got to stop doing it. I suspect it’s going to take longer to get this off. These pants are one of the few pairs I’ve got that have these straps on the side so I can still fit into ’em.” A fluctuating waistline, he says, has consequences. “I’m not big on shopping, so you end up with a lot of elasticated things.”

Why he’s obsessed with transforming for roles: “There is a much easier way, but I can’t do it. I don’t know if it’s because I don’t have any training. I see actors who can just be themselves and then switch and give these really incredible performances, and then switch back to being themselves. I find I start laughing because I’m too aware that it’s still me. So I try to get as distant as possible. Otherwise, I can’t do it… It’s helpful not to look like yourself. If I look in the mirror and go, ‘Ah, that doesn’t look like me,’ that’s helpful.”

When he lost all of that weight for The Machinist: “It’s an amazing experience doing that. When you’re so skinny that you can hardly walk up a flight of stairs … you’re, like, this being of pure thought. It’s like you’ve abandoned your body. That’s the most Zen-like state I’ve ever been in my life. Two hours sleep, reading a book for 10 hours straight without stopping … unbelievable. You couldn’t rile me up. No rollercoaster of emotions.” Alas, it doesn’t last. “As soon as you start putting the food back in your stomach, the rollercoaster comes back.”

White patriarchy: “Everything is run by old white men. The richness that we could all enjoy if we started embracing a much wider variety of sources of storytelling from women, from minorities.”

The Weinstein scandal: “I can’t see that this will become a footnote and be swept under the rug. It does feel like it will change…Some people might call me almost reclusive. Nobody gossips with me. I was clueless. If I’m not making a film, I don’t really socialise with that many people who make films. The casting couch, yes, I’d heard of that. But specifics? No, nothing at all. Do I believe that it has all been happening? Absolutely.”

I have the feeling that Leonardo DiCaprio probably thinks the same thing about rom-coms at this point too – like, “why would I bother to ‘fall in love’ on-screen with some 30-something woman when the ‘real acting’ is getting groped by a CGI bear?!?” This is part of male fragility too, let’s face it: actors like Bale and DiCaprio think that being romantic or funny or both is somehow “less than” play-acting hypermasculinity. Or maybe I’m just overanalyzing and Bale is just critical of how few good romances and romantic comedies there are these days. But why do I think that if Ghost Nora Ephron made a baby with Richard Curtis and that baby wrote the most brilliant, touching and funny rom-com script, Bale still wouldn’t want it? 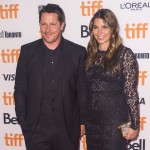