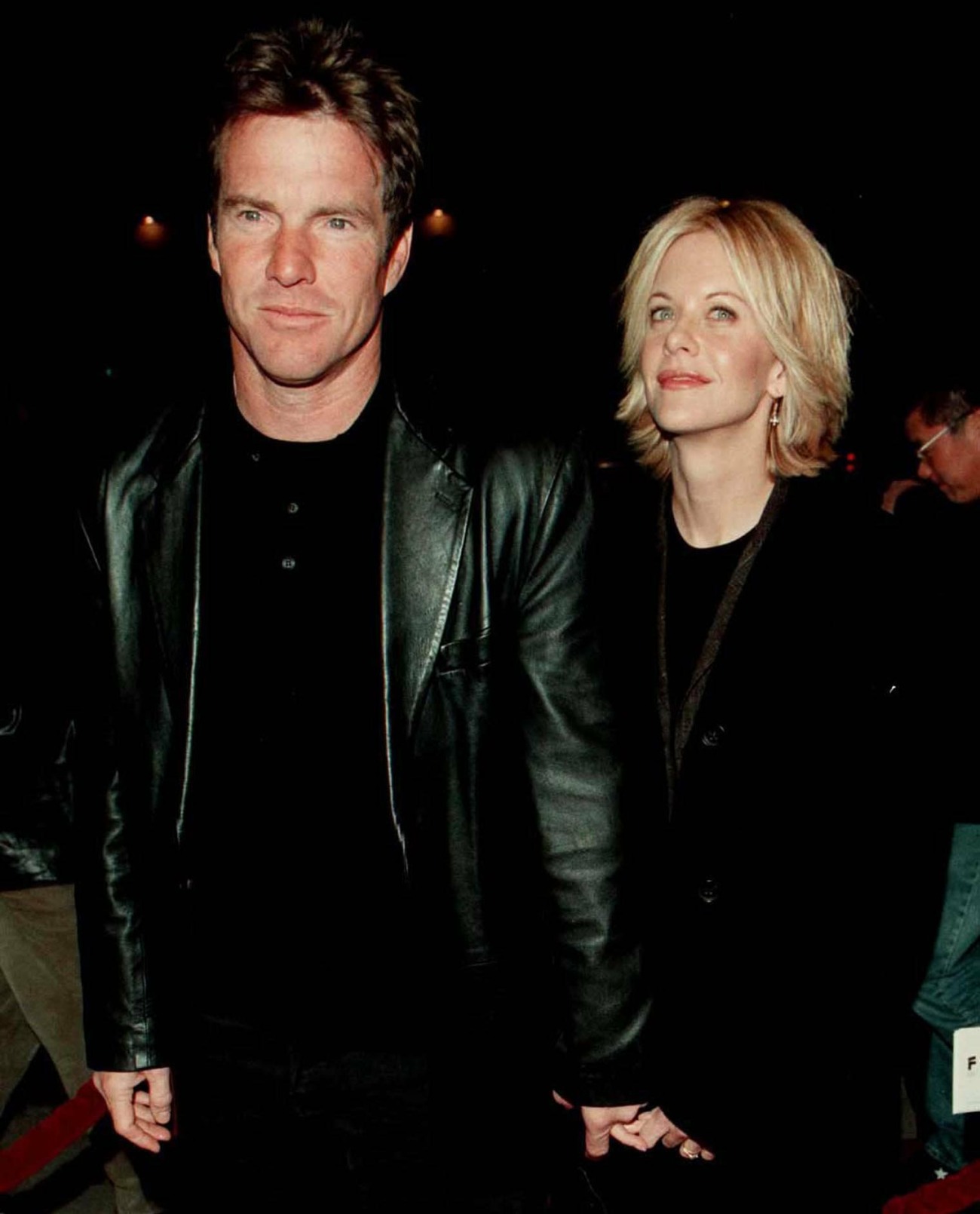 Some days, I really do feel very old, because I remember all of this gossip from the ‘90s in great detail. I feel like that dates me, but whatever. Back then, we got our gossip from People Magazine, and we had to wait for the magazine to arrive on Saturday, basically, to find out what was happening in Hollywood. Back in those days – the 1990s – Dennis Quaid and Meg Ryan were one of the biggest couples in Hollywood. She was “America’s Sweetheart,” the blonde rom-com queen adored by all. He was the sexy dramatic actor who had an impressive filmography under his belt. Then, in 2000-01, everything fell apart. Meg Ryan seemingly left her husband for her then-costar Russell Crowe. Quaid was said to be devastated. Russell and Meg didn’t last – everyone knew they wouldn’t last – but Meg got a lot of sh-t for seemingly being the one who “broke up” her fairytale marriage. In many ways, her career never recovered from that.

Of course, as the years went on, both Quaid and Ryan moved on in various ways. They co-parent their son (who is an adult now), and we’ve learned more about how Dennis and Meg’s marriage was probably already on its last leg before Russell Crowe even came around. If anything, Meg just used Russell as an excuse/escape route to get the hell out of her marriage. Anyway, Dennis Quaid has a new interview with Megyn Kelly Today, where he talks about his history of cocaine abuse, and how Meg Ryan’s success made him feel “small” at the time:

He started using cocaine early in his career: The actor, 64, said he began using the drug when he first arrived in Hollywood, noting that it was everywhere he went and even in the budget of some films. “I grew up in the 60s, 70s, and there was a completely different attitude about it back then. Even in some movie budgets. I kept roaring on. I was basically doing cocaine pretty much on a daily basis during the 80s. I spent many, many a night screaming at god to please take this away from me, I’ll never do it again because I’ve only got an hour before I have to be at work. Then about 4 o’clock in the afternoon I would be “oh that’s not so bad’. I had a white light experience where I saw myself either dead or losing everything that meant anything to me.’

When his marriage to Meg fell apart: “When we met, you know, I was the big deal and then my career [came to a halt]. And I have to admit it, I actually did feel like I disappeared. I didn’t think I was that small… but I was.”

When Meg became famous: The success of “Sleepless in Seattle” catapulted Ryan to a whole new level of celebrity, and Quaid recalls how things changed, seemingly overnight, remembering walking in public together while fans screamed, “Meg! Meg!” while ignoring him entirely. However, he admits “it really was a growth opportunity. I learned from that.” In fact, despite their rancorous split, the thrice-wed Quaid now looks back on his marriage to Ryan as “my most successful relationship in my life.”

[From The Daily Mail & ET Canada]

The thing is, I remember Quaid’s career in the ‘90s and it really wasn’t *that* bad. He was already transitioning into what he is now: a solid character actor and a sometime leading man. He was working steadily and sometimes on great films. He was a deft comedic actor and an underrated dramatic actor. But sure, I can also see how Meg’s “super-stardom” was a difficult adjustment. It does feel like… Male Ego So Fragile though, right? Quaid couldn’t handle it because… his wife was an in-demand and beloved rom-com actress. And the thing was, I remember how much Meg f–king hated that too. She wanted desperately to prove that she could do movies other than romantic comedies. And all of her dramatic work was just met with *crickets*. 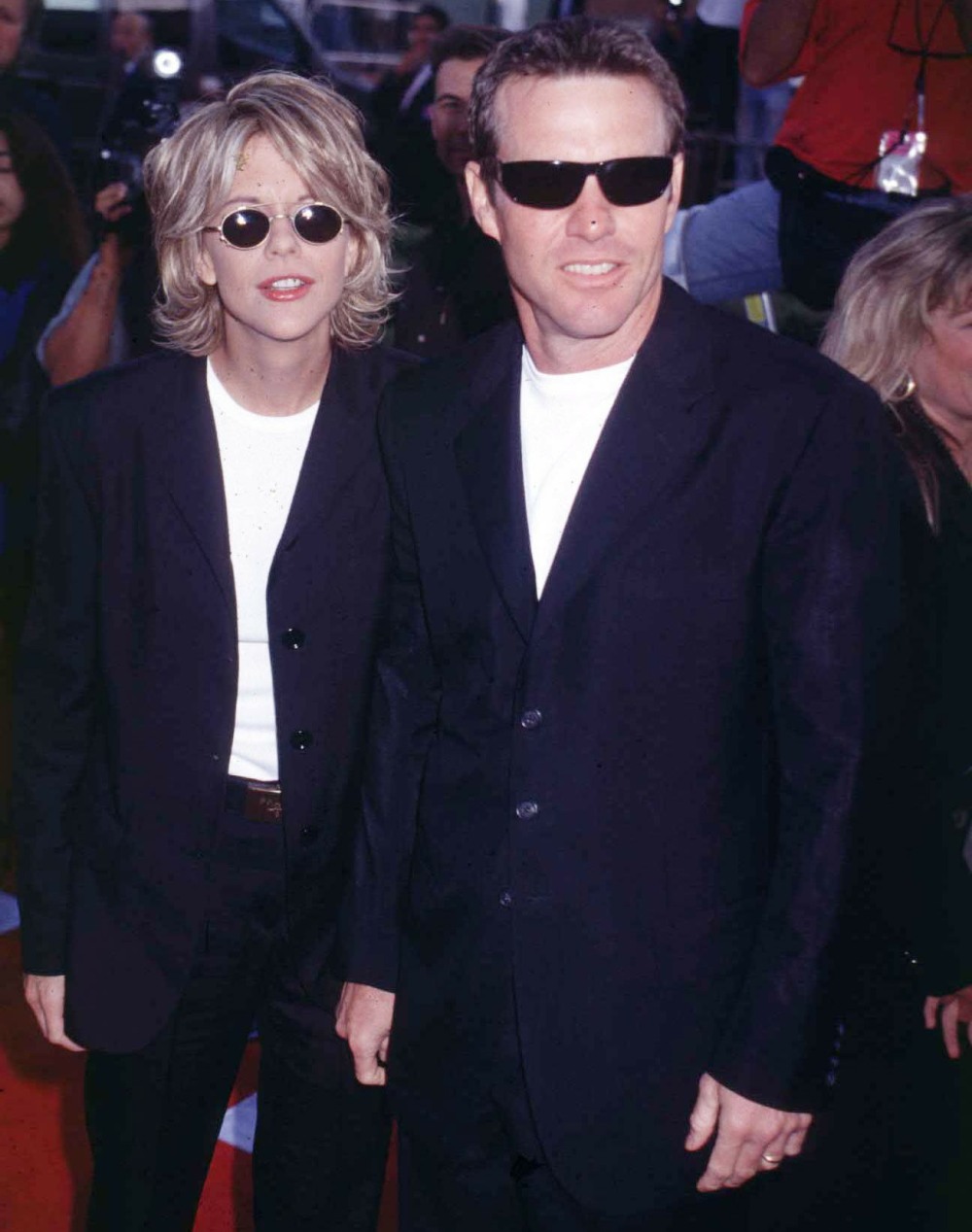