John Krasinski: ‘If I didn’t work out a few times a week, I would start to overanalyze’ 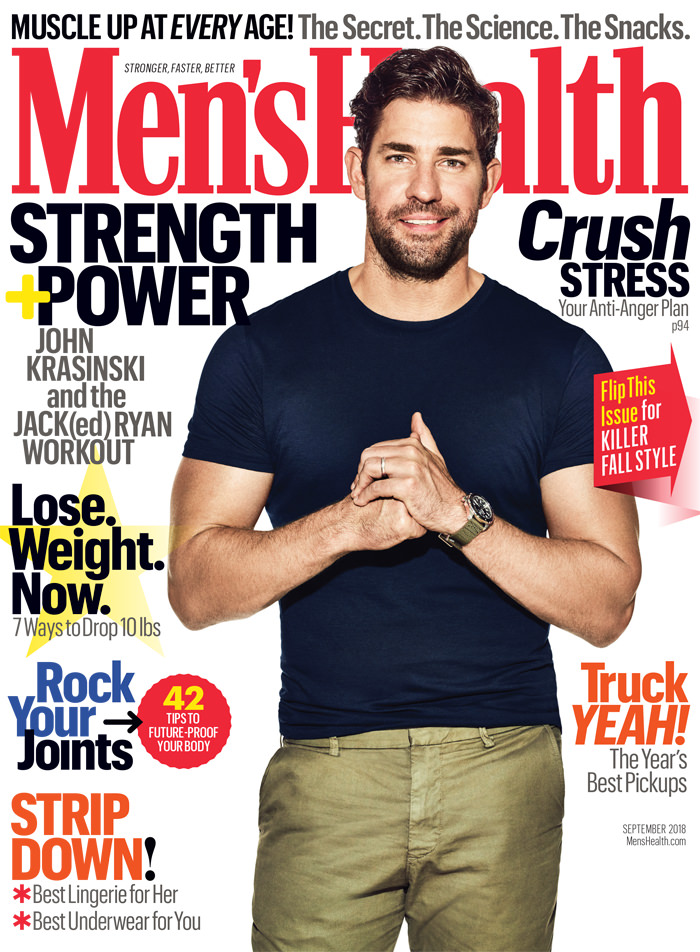 John Kraskinski is starring in Tom Clancy’s Jack Ryan, an Amazon Prime original series which is coming out on August 31. It’s not my type of show but I’m a Prime member and it’s free so I’ll give it a chance. I think that’s part of the reason streaming services are coming out with so much original content – people are more willing to give those shows a chance. Krasinski covers the August edition of Men’s Health. Jack Ryan is a badass CIA analyst, so he of course kept fit for that role, although I would imagine most CIA analysts aren’t half as buff. He talked about his fitness and training regimen. He tries to stay fit enough that he can get into shape within just three weeks for any role, which sounds like a tough order. He also opened up about his career and personal philosophy.

On his career after The Office
“Jim is one of those things that, I know, at the end of my career, I’ll still be most known for. And that’s awesome. That’s an honor. But I wanted to try different things. I wanted to set myself up to explore things that were scary, and things I wasn’t sure I was going to be good at.”

On getting buff for 13 Hours in 2016
“When I went out for Captain America, people were like, ‘Really?’ Then I did 13 Hours, and people are like, ‘Okay, yeah, you can do these roles now.’ I’m like, ‘You don’t care about the acting? You just care about the physical shape?’ And they’re like, ‘Correct.’ “Not to get into the whole regime, but on 13 Hours, I did it for the role, and then I definitely got addicted to it. I take periods off. I remember my trainer saying, ‘Try to stay within three weeks, so that whatever part you get, within three weeks we can get you down.’ That’s the goal, to be able to shift back and forth. I think that’s better than saying, ‘Stay ripped your whole life.’ Because that’s really annoying, and the people who do it really easily annoy me. Yes, I’m talking to you, Chris Hemsworth.

He was second choice for Captain America
“Yes, I put on the suit. Yes, I did the screen test. But I knew they’d offered it to Chris [Evans] like four times, and eventually I got the call. ‘Chris is engaging.’ And I was like, ‘Of course he is! Look at that dude. He is Captain America!’ It’s the way I was brought up—I’ve always been a realist and I respect the situation. You can’t fight against things you can’t control. I remember we were on our way to a party for Emily’s birthday when I found out. I hung up the phone and [told her], ‘Yeah, it’s not me.’ She was like, ‘Do you want to cancel?’ And I said, ‘No, let’s go.’ ”

On how fitness has helped him
“I think mentally, it’s cleared my head for things like directing and producing. Staying really busy. If I didn’t work out a few times a week, I would start to overanalyze. It definitely takes me out of myself for a minute. And it gives me my best ideas. Your brain definitely works better when it’s all lubed up with endorphins and sweat and blood.”

His wife helped him keep perspective after A Quiet Place
“I said to Emily, ‘There’s no greater gift that the universe could have given me than to go through the biggest success of my career and I don’t have to explain to you how it felt.’ We were both in the boat. I said to her, ‘I don’t know if it can ever be like this again.’

“And—again, leave it to Emily, who is better at everything than me—she goes, ‘It can’t.’ She just so perfectly encapsulated it. ‘It can’t be like this again, and it shouldn’t. So take this and put it on a mantel, this really special treasure that we experienced together. And now go out and do something else.’”

I really like the way that Emily phrased that answer, that life changes and it won’t be this way again. I’ve been half studying Buddhism as I need some kind of spiritual outlook besides “everything sucks and we’re going to die.” Emily’s advice, that of course this won’t last, sounds similar to the Four Noble Truths, that life is suffering, that everything changes, and that we shouldn’t cling to the things we want. Of course I’m probably misinterpreting this, but it has helped me cope with some stuff and to realize my situation is not unique. Also exercise has helped too. Sometimes I’ll eat an entire bag of jelly beans to get through the day but at least I jump around enough afterwards to clear my head. 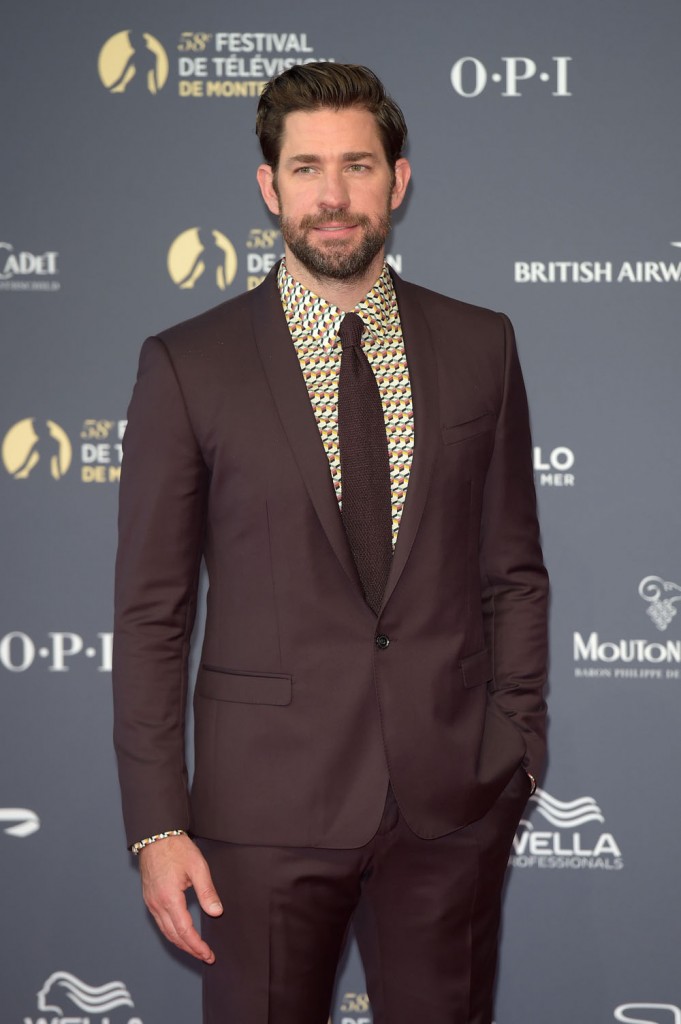 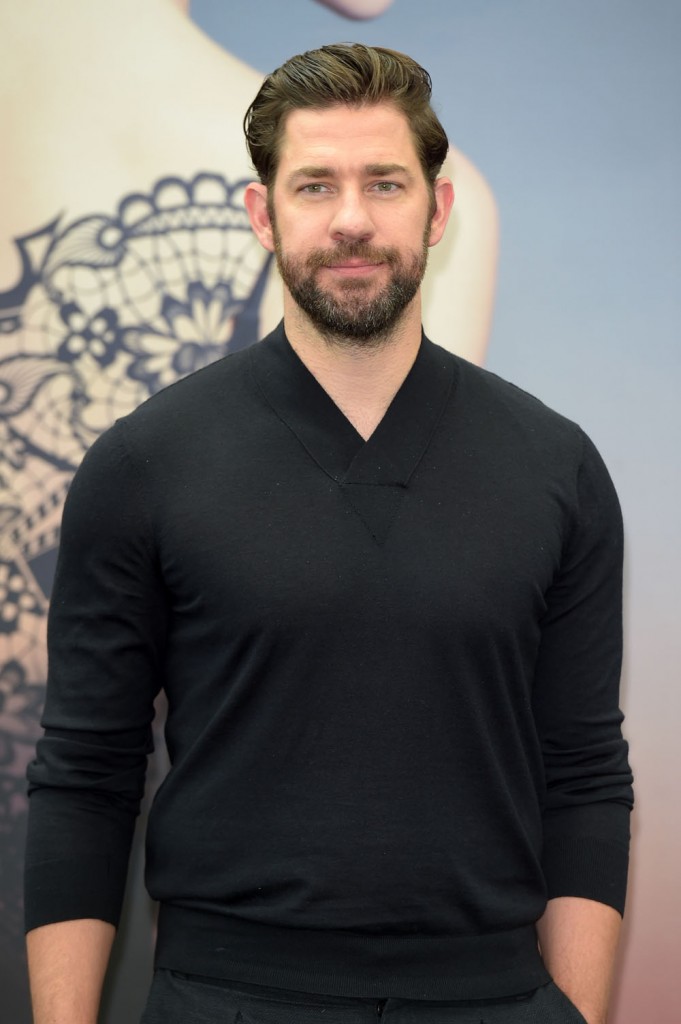 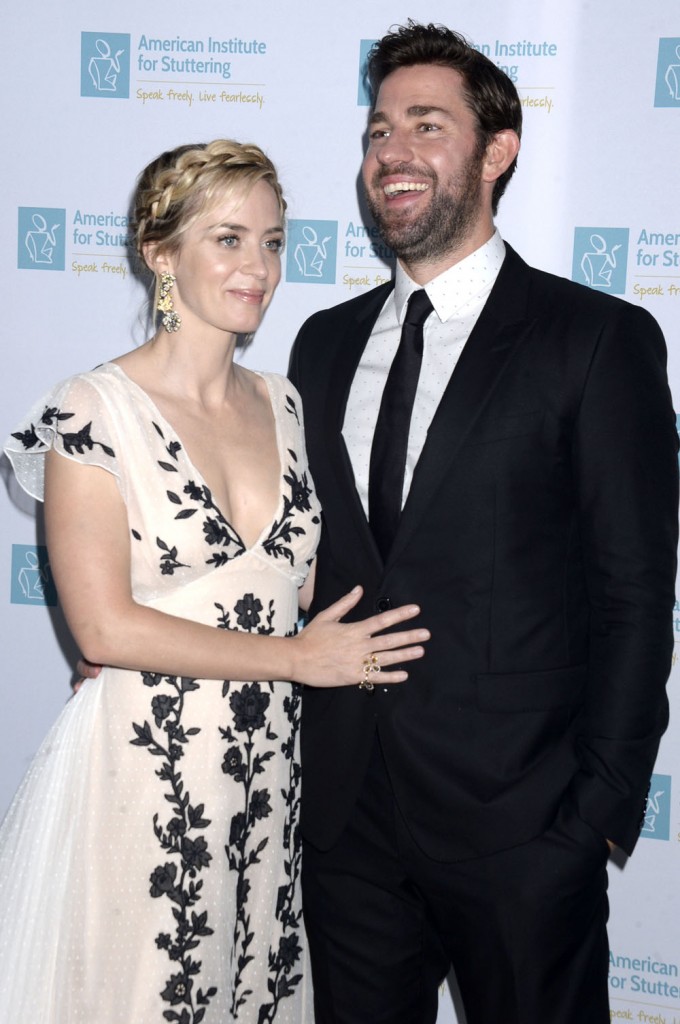 13 Responses to “John Krasinski: ‘If I didn’t work out a few times a week, I would start to overanalyze’”