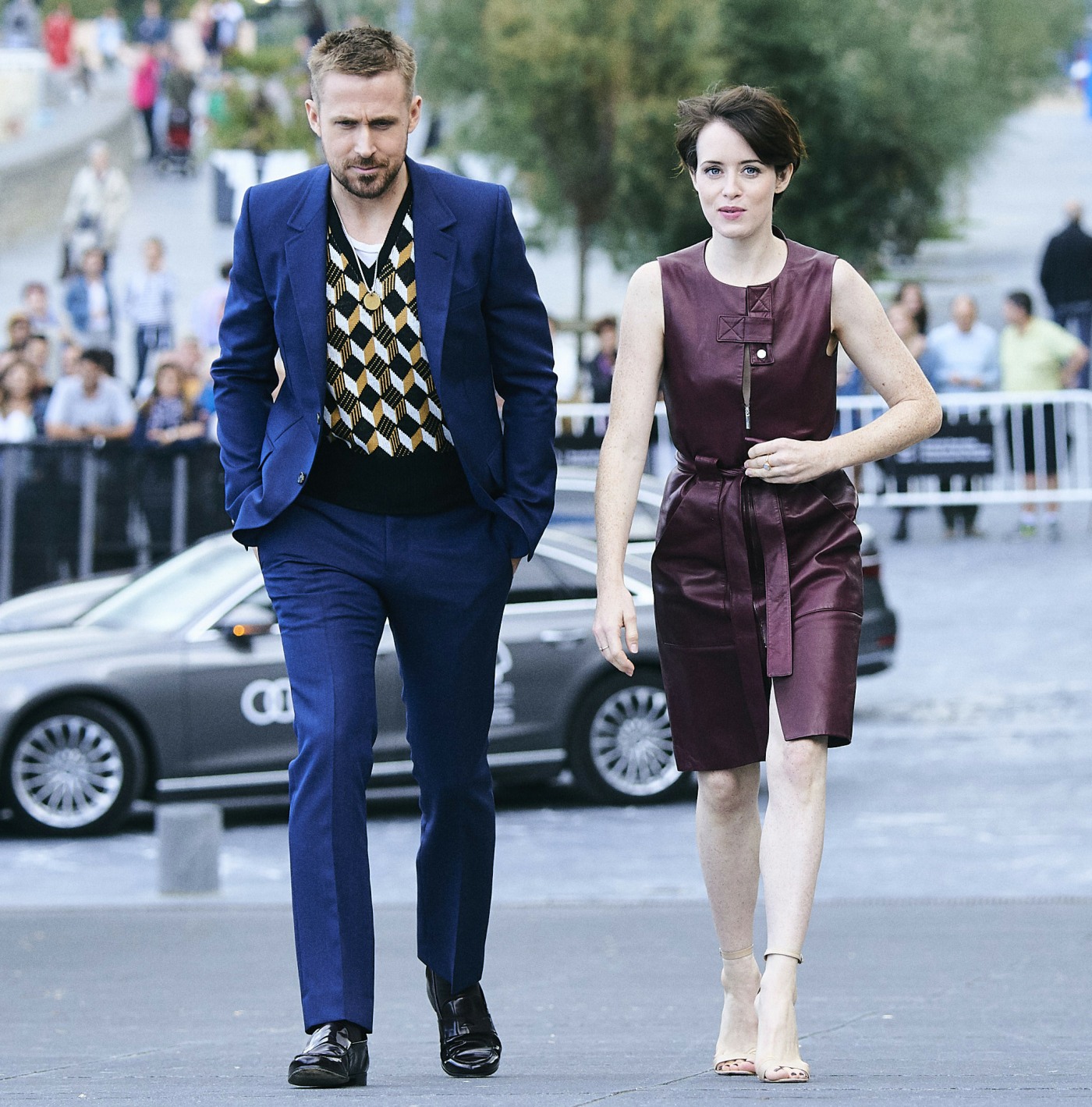 It feels like Claire Foy is really happening now, right? She’s that perfect combination for people: she’s beautiful but approachable, crazy-talented but humble, smart but not patronizing. Moms love her because of The Crown. Casting directors love her because she’s a Cate Blanchett-esque shape-shifter who can play any role. And fashionistas might start to like her because she’s trying, she really is. Over the past year, I feel like Claire has gotten some good people around her – stylists, makeup artists, etc – who have tweaked her look to something more sophisticated and fashion-forward. I enjoy it. I am going to enjoy seeing a lot of Claire in the future.

Chances are, we’ll be seeing a lot of Claire during this awards season, because she’s got such a big role in First Man. I imagine the argument will be: is Claire’s role supporting or lead? If she’s designated a supporting actress, it’s more than possible that she’ll be part of a massive Oscar campaign.

These are photos of Claire and Ryan Gosling at the San Sebastian International Film Festival this week. These two have already done the film festivals in Venice and Toronto, and I would imagine they’ve got a few more to do in the coming months. Claire’s stylists are prepared! For the photocall, she wore a leather Rosetta Getty dress which looks… sort of great, right? Then for the premiere, Claire wore a velvet Stella McCartney gown with simple lines. Some random thoughts: Claire enjoys a strong lip color, and I approve. She’s committed to being pale too – no fake tans, no orange makeup. And she seems to veer towards darker looks too, which will help when she’s promoting The Girl In the Spider’s Web, where she plays Lisbeth Salander. That promotional tour is coming up too. I can’t wait!

PS… is anyone else getting Alexis Bledel vibes?!? 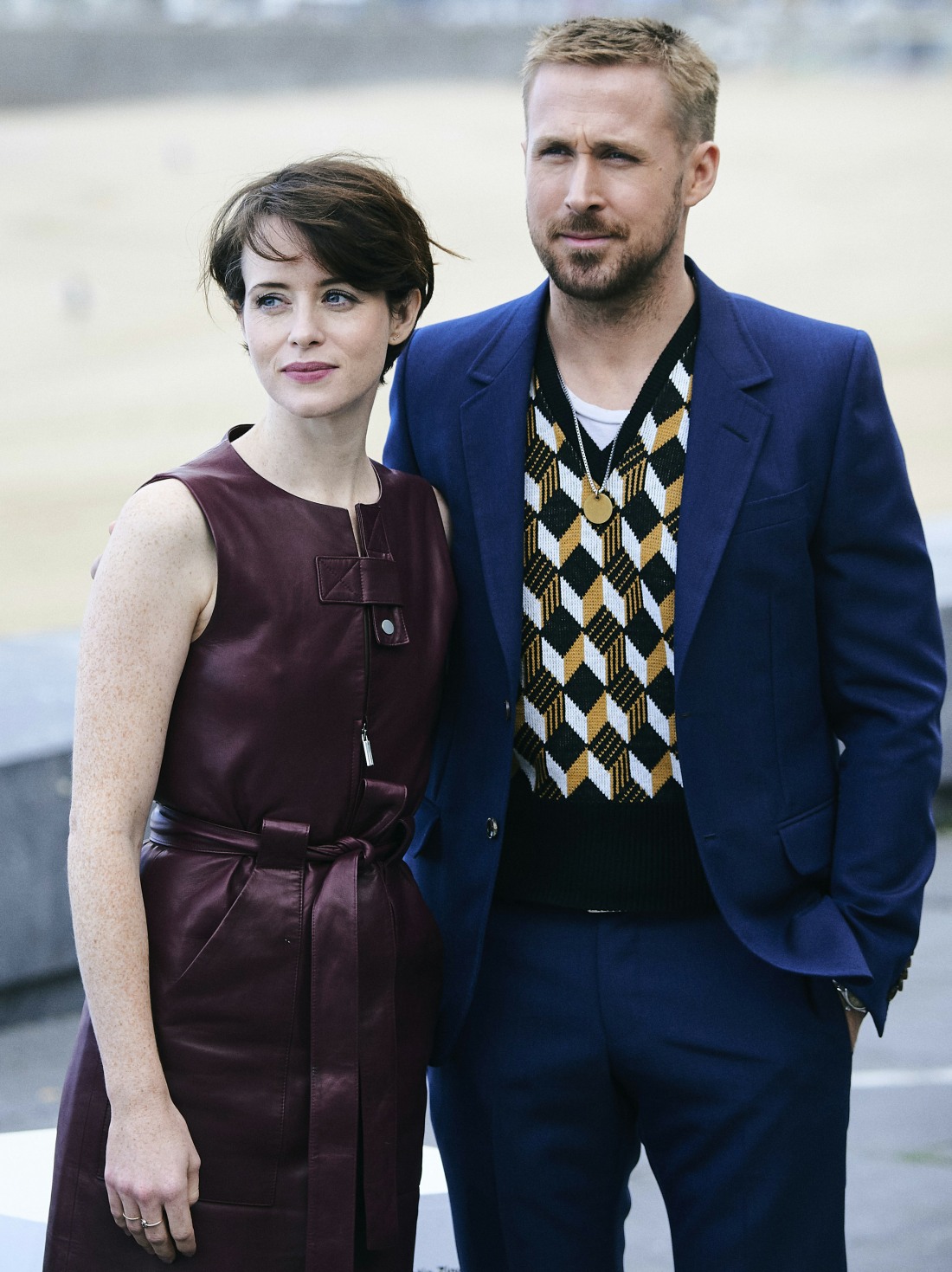 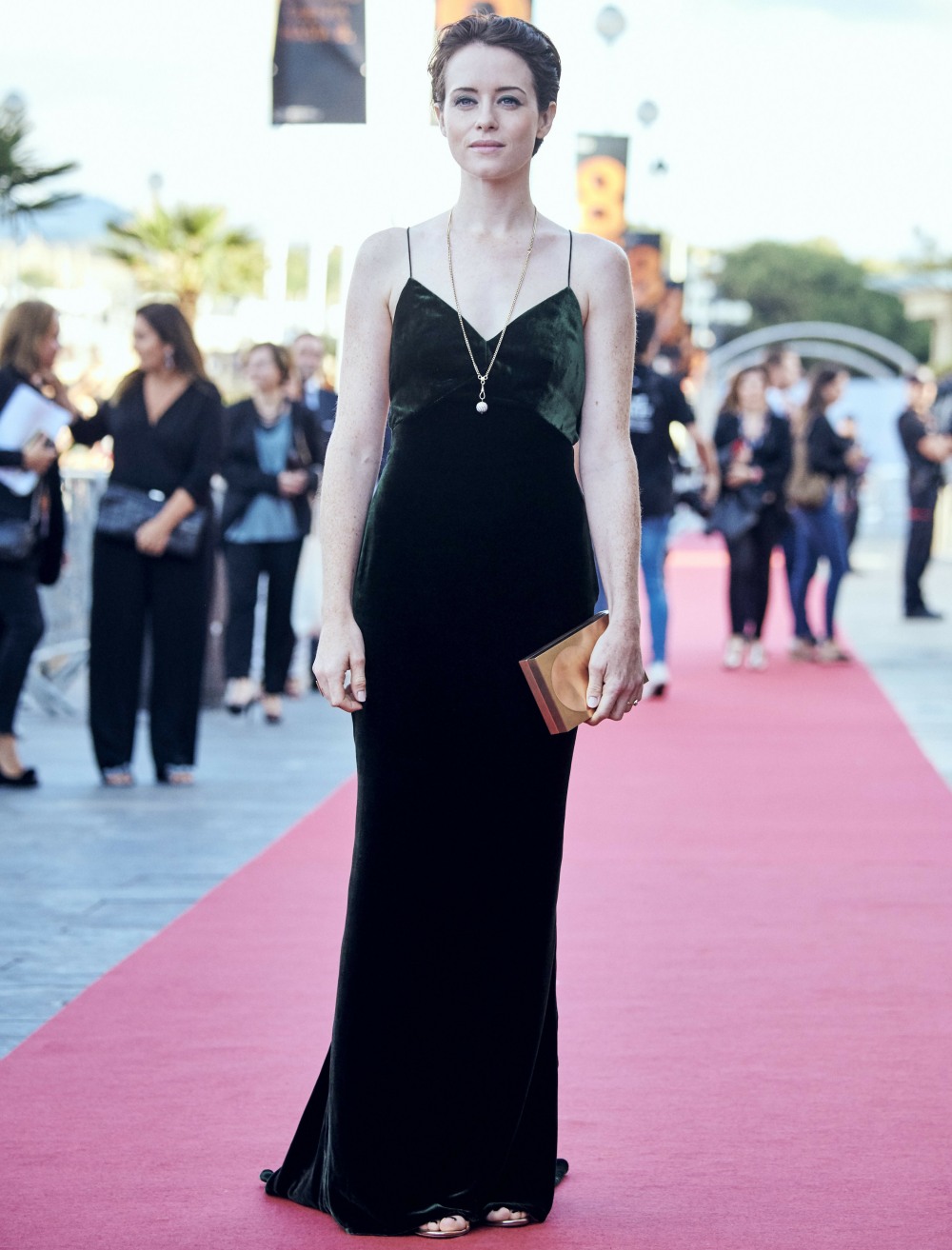 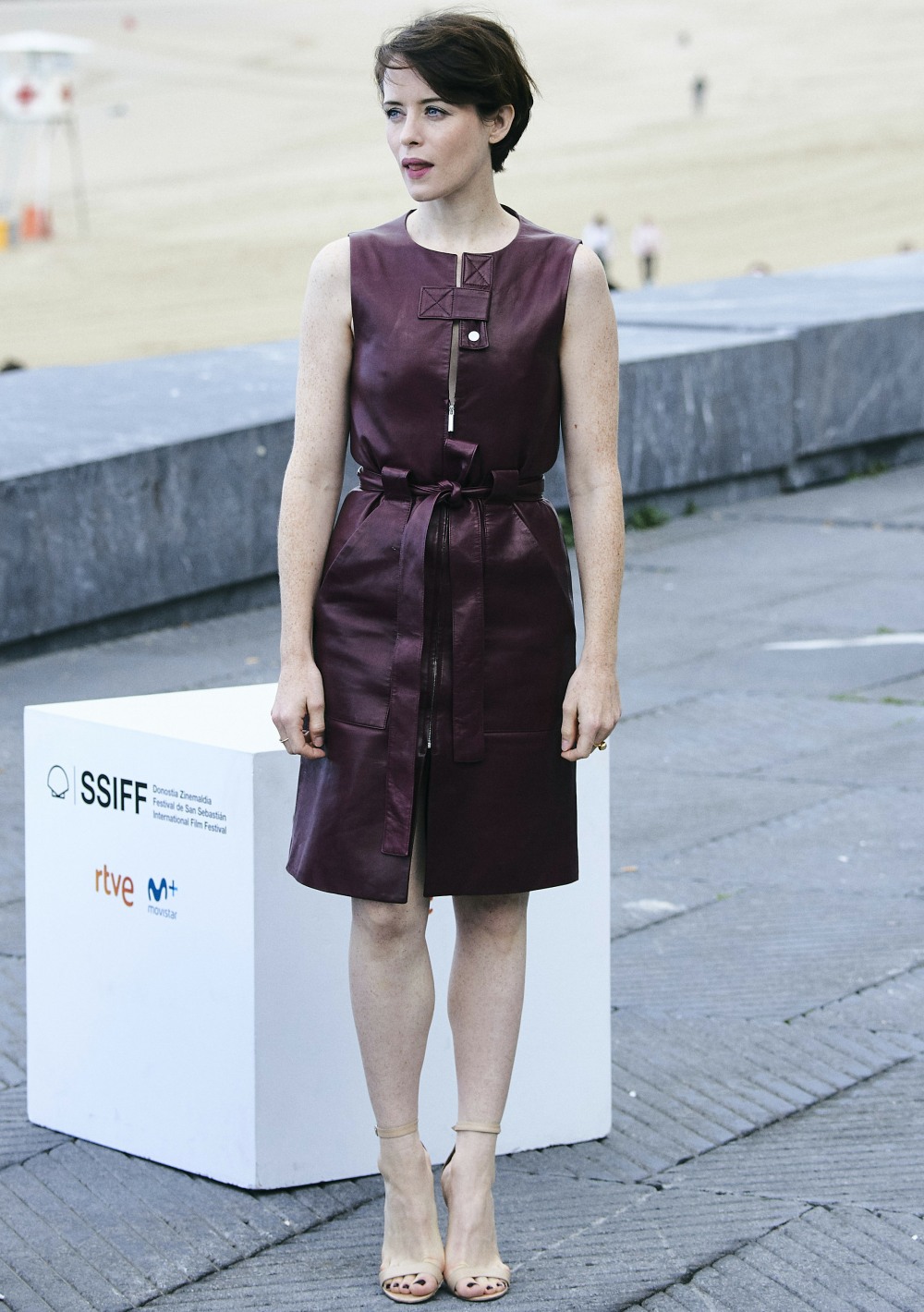 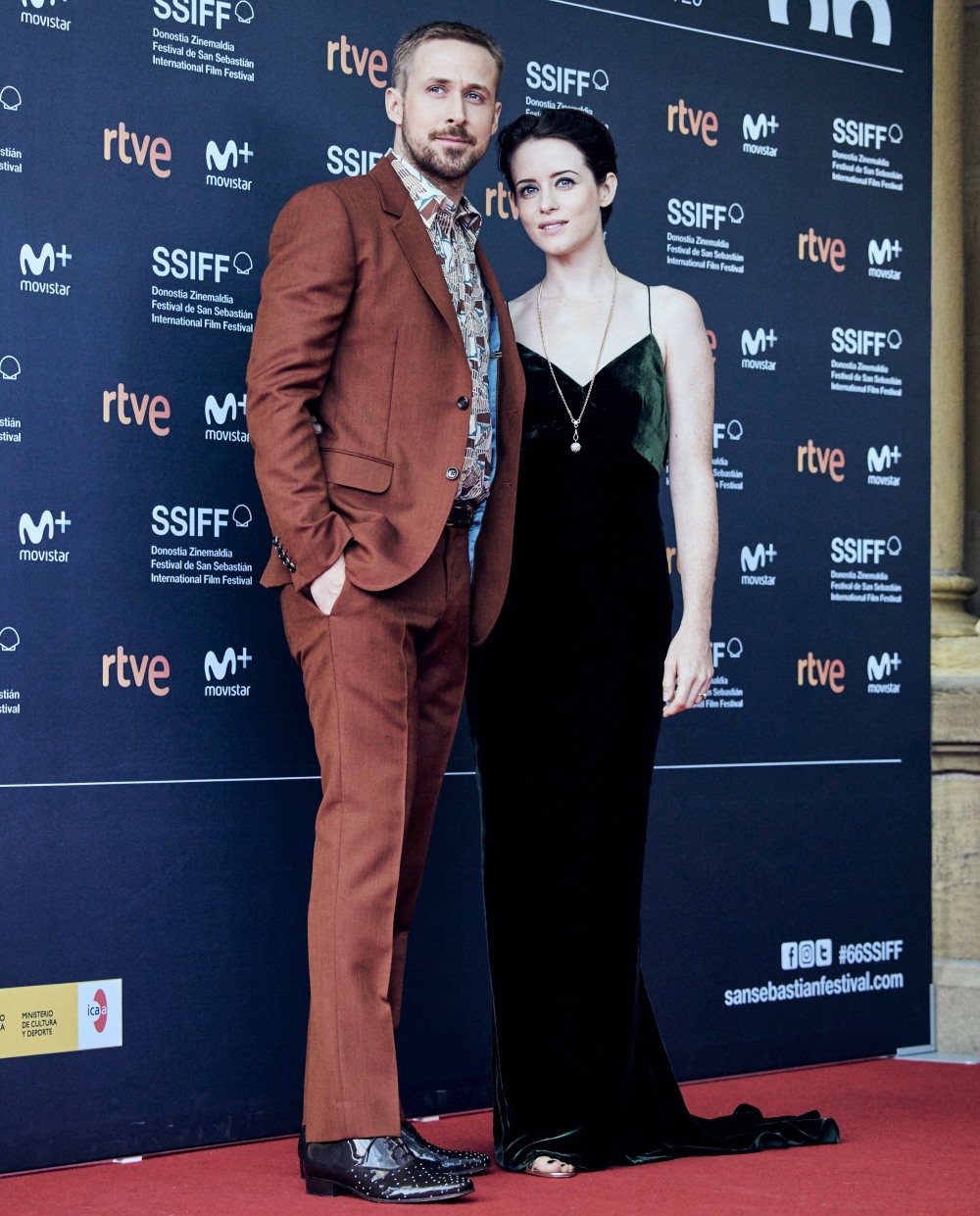