Kerry Washington: ‘We get sent by God the kids we need so we can grow’ 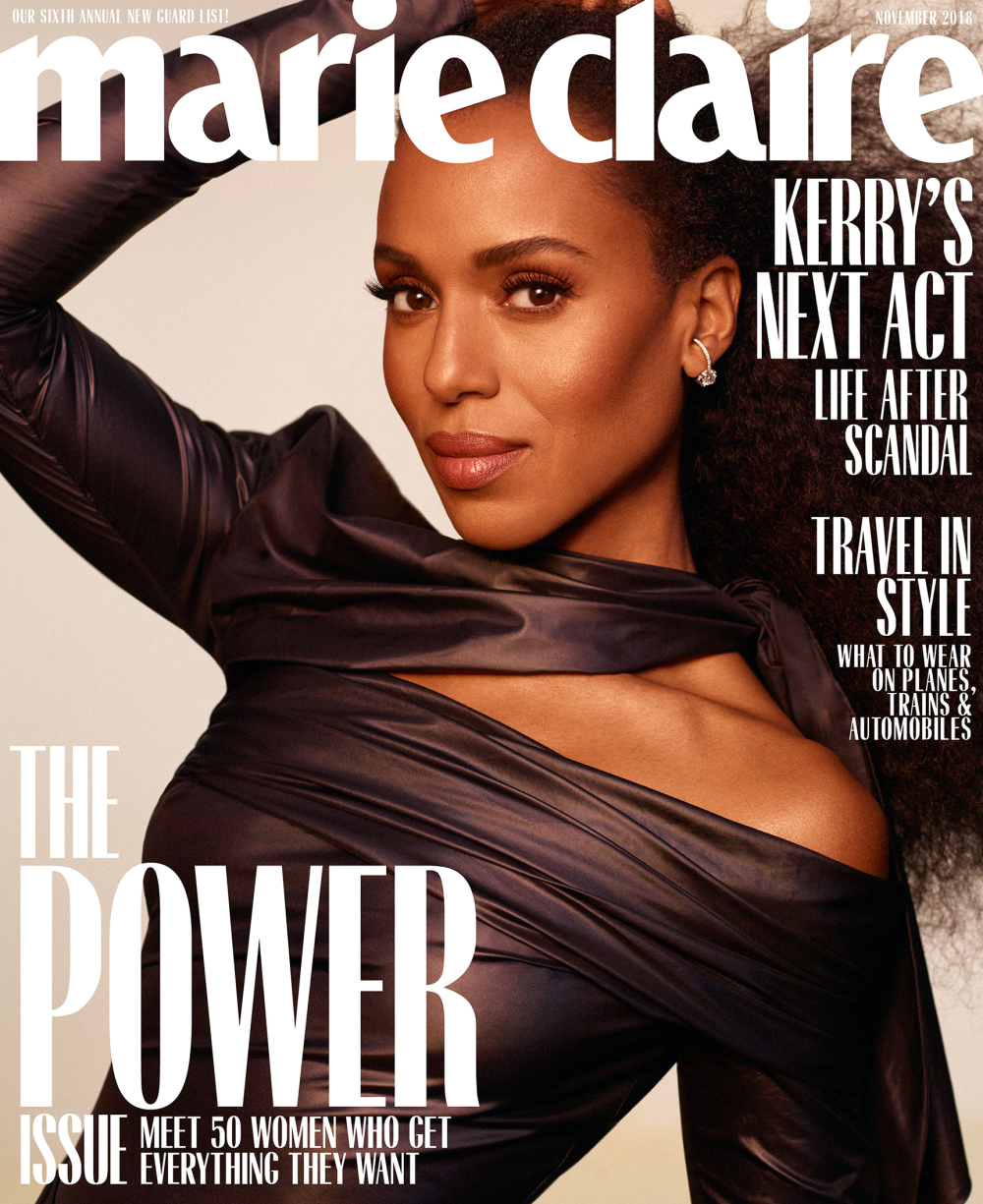 I like Kerry Washington so much, but I usually dislike her magazine profiles. She’s a very private person, I get that. She’s not going to talk about her marriage or her two children or how she really feels about this or that hot-button topic. I understand her privacy and I respect it. But I’m just saying, it makes for consistently boring interviews. Kerry covers the November issue of Marie Claire, “The Power Issue.” You can read the full piece here – she’s talking about the legacy of Scandal, and Time’s Up, and how she’s back doing theatre work. Some highlights:

On how she defines power: “Honestly, I think about power as more of an internal phenomenon. I tend to think about empowerment for myself so that I have the courage and ability to act on the ideologies and priorities that resonate with me. I’ve always wanted to cultivate a sense of empowerment within myself without seeking approval from outside sources.”

On her special connection to theater: “The last time I did theater, it completely transformed my life. That’s where I met my husband.”

On learning from her children: “My children are my teachers. We get sent by God the kids we need so we can grow in order to be the parents they need us to be. The children I got sent came in perfect, and I have to figure out how to grow and evolve so that I can support the truth of them. I’m in a constant state of learning and challenging myself to make room for their perfection and beauty.”

She owns a Los Angeles Gun Club hoodie. “I had to go to gun training on Scandal. I was terrified because I don’t like guns, but I wanted to be realistic in how I held it and used it, and I felt like Olivia would know those things. I was really proud of myself having done it. I was like, ‘I’m going to buy a sweatshirt,’ but I am not a card-carrying NRA member. I believe in gun control. But it was good for me to face my fear and learn how to shoot.”

On her work with Times Up: “Our priority has been to not reinvent the wheel, to not feel like, ‘Oh we’re going to come in and do what nobody has been able to do,’ but rather to acknowledge that there are so many communities of powerful women committed to advocacy, and our job is to leverage whatever power we have to support that work, grow that work, shed light on that work.”

On working with Time’s Up as a black woman: “It’s complicated to be a woman of color doing this work because I remember the first time I talked about it in a meeting. I said to the white women in the room, ‘You all roll your eyes when they call it a witch hunt, but for black women in this country, we’ve had our men hung from trees for whistling at white women when they did no wrong. The false accusation of sexual assault is a very real danger for us in a way that doesn’t resonate for you, and so when you wonder why there aren’t more of us in the room, that might be part of it.’ It was in that meeting that we were talking about how one of our members got word that there was a powerful exposé being developed around R. Kelly and said, ‘Do we want to get ahead of this?’ It was like, ‘Of course we do.’ It can’t be only the Angelina Jolies and the Gwyneth Paltrows, that we prioritize their pain and ignore all of these underage black women who for decades have been saying, ‘Help me.’ We came forward for them in a statement about R. Kelly, and it was Time’s Up WOC’s first big public action.”

When the Harvey Weinstein stories broke and there were so many actresses telling their stories about his harassment and assault, I still remember how Lupita Nyong’o telling her story really changed the way the conversation happened. Before Lupita, most people saw Weinstein as a predator of *only* white women, and there were people theorizing about how the Weinstein conversation wouldn’t have happened if he preyed on anyone other than attractive, relatable, famous white women. Lupita changed the dynamic and widened the conversation – women of color in the industry felt like they could also come forward too, and that they could be believed. I understand what Kerry is saying about Time’s Up and women of color and the legacy of “false accusations” towards black men. But there are other dynamics and conversations too. 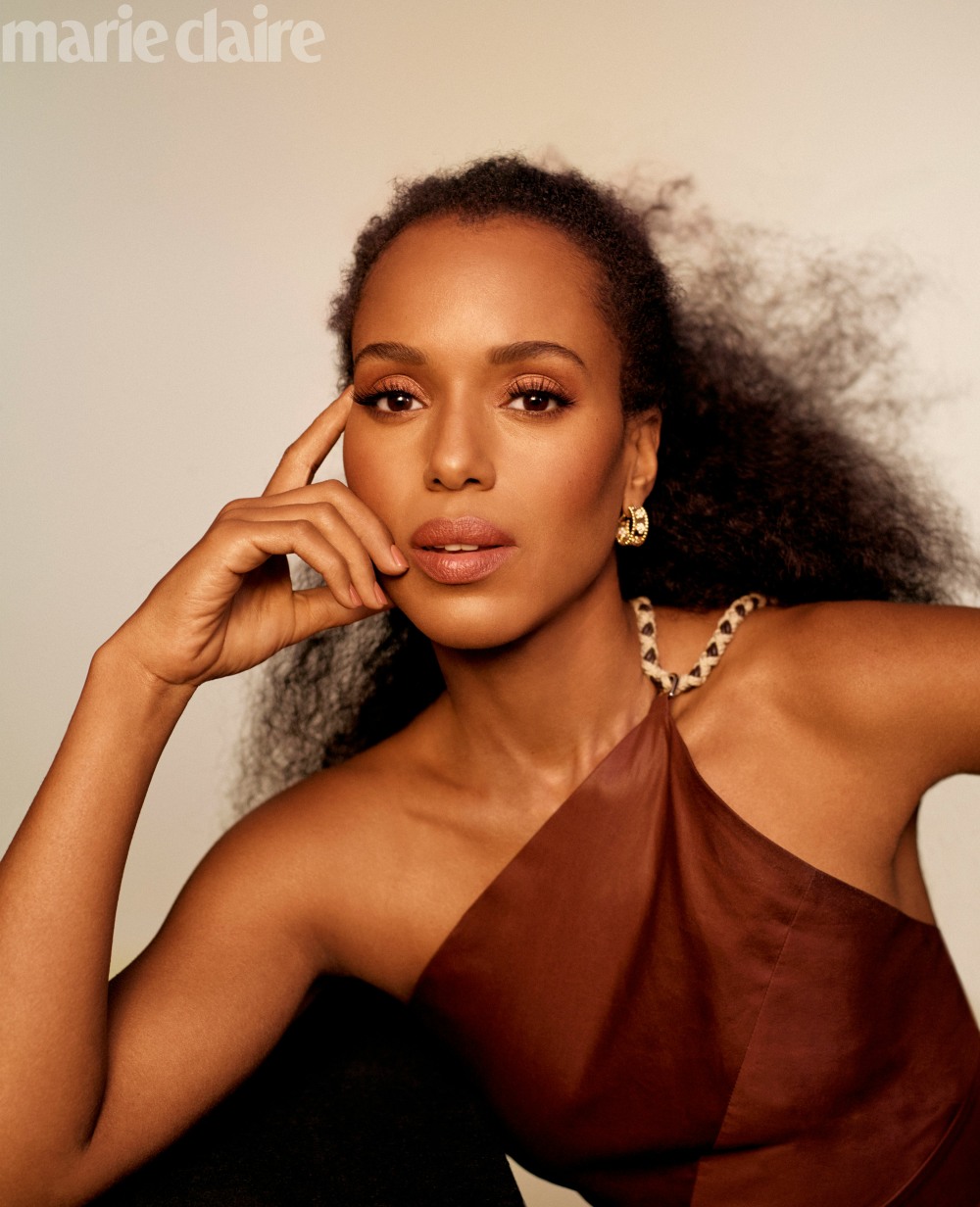 36 Responses to “Kerry Washington: ‘We get sent by God the kids we need so we can grow’”