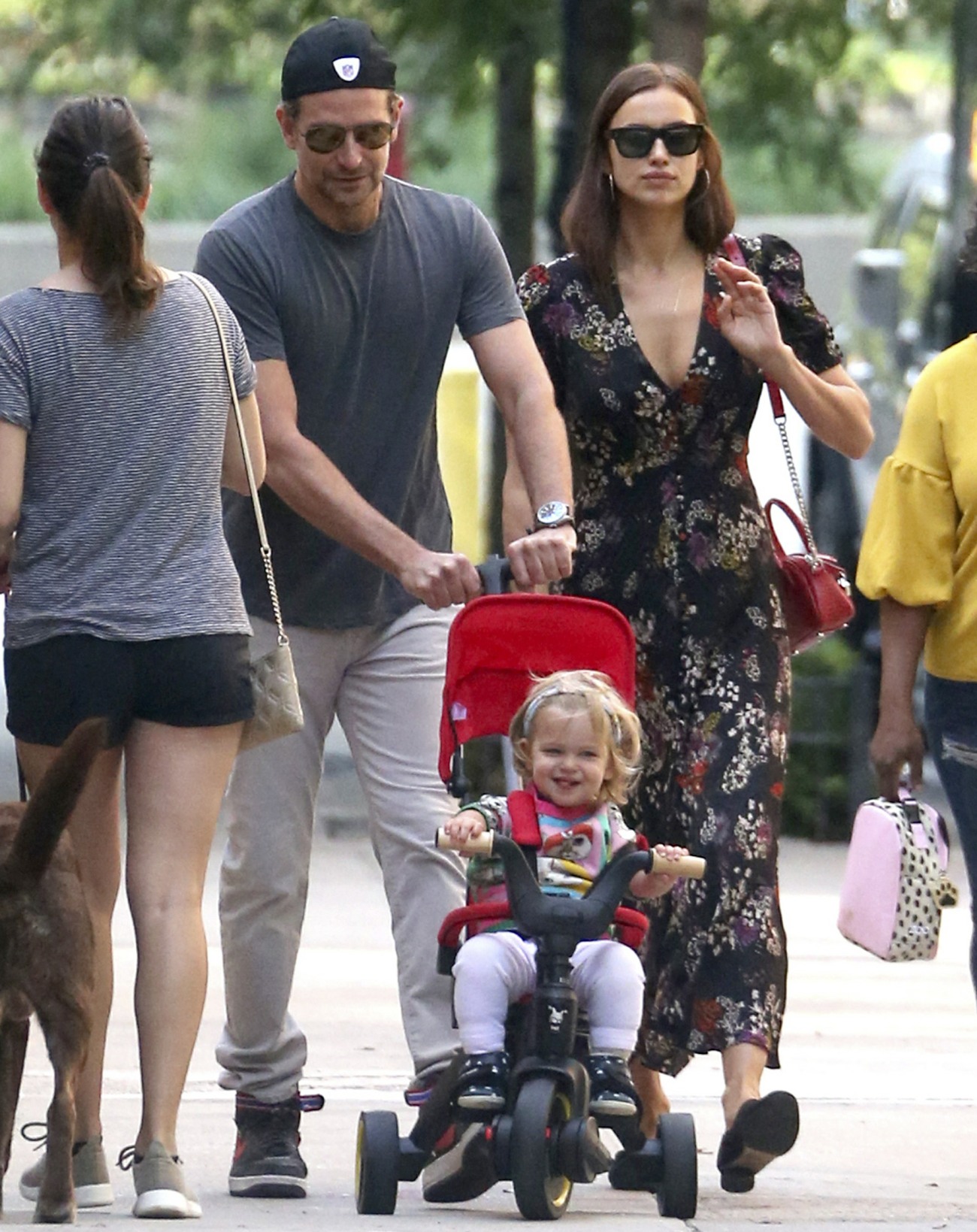 Here are some photos of Bradley Cooper, Irina Shayk and their baby girl Lea, out for a walk in New York last week. B-Coop was pap’d with girlfriend and daughter on the day A Star Is Born was released, which I’m sure is *totally* a coincidence, right? It’s a tried and true way to Oscar campaign for so many actors and actresses. Yes, talk about the work. Yes, shake all of the hands of the Academy voters. But also cultivate and maintain a “happy family” brand in the press. Bradley has been reminding everyone that he’s in a quiet yet solid relationship with a beautiful model, and they have a lovely little daughter together. Irina, I feel, has been completely down with Bradley’s Oscar campaign too – she wants to go to the Oscars. She wants to be thanked in his Oscar speech. But much like the speculation and gossip about how Lady Gaga and Bradley Cooper really don’t like each other that much, there might be an issue in B-Coop and Irina’s happy-family image:

Bradley Cooper’s “A Star Is Born” may be a hit at the box office — but the actor and director did not appear to be on cloud nine at dinner with his baby-mama, Irina Shayk, on Tuesday. The couple had a low-key dinner date at Masa in the Time Warner Center, and spies told Page Six they were serving some major attitude to each other.

“They were not looking happy,” a spy told us. “The couple sat down. He was in a hoodie and she was fresh-faced — no makeup — and they barely spoke to each other at the start of the meal. Halfway through, she started looking off to the side and he was moody.”

Cooper and model Shayk have been dating since at least 2015. The couple welcomed their first child together, daughter Lea, last year. A rep did not comment.

I mean… sometimes you’re just not in the mood. Sometimes you don’t want to talk to someone as you’re eating. Sometimes you just want to sit quietly in hostile silence. But I have no problem believing that they BOTH run hot and cold very easily, and that both of them are moody AF. Irina generally serves up some ice-queen realness, and Bradley just seems uncomfortable or constrained by trying to maintain this happy-family image. Will they make it to the Oscars? For sure. But will they make it beyond the Oscars? My guess is… yeah, probably. My prediction is that she gets pregnant again, and it will probably happen pretty soon. *stares grimly at Bradley as he passive-aggressively eats a sandwich* 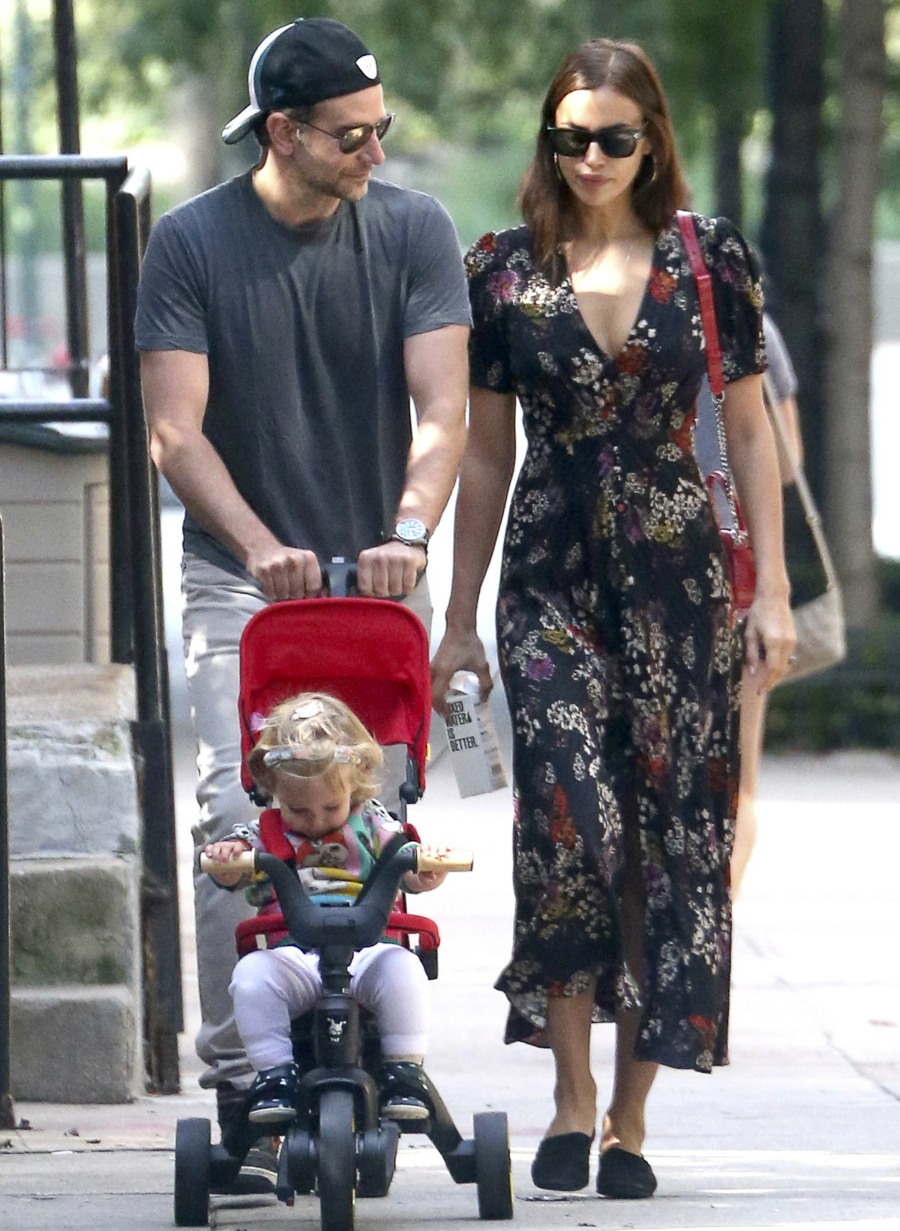 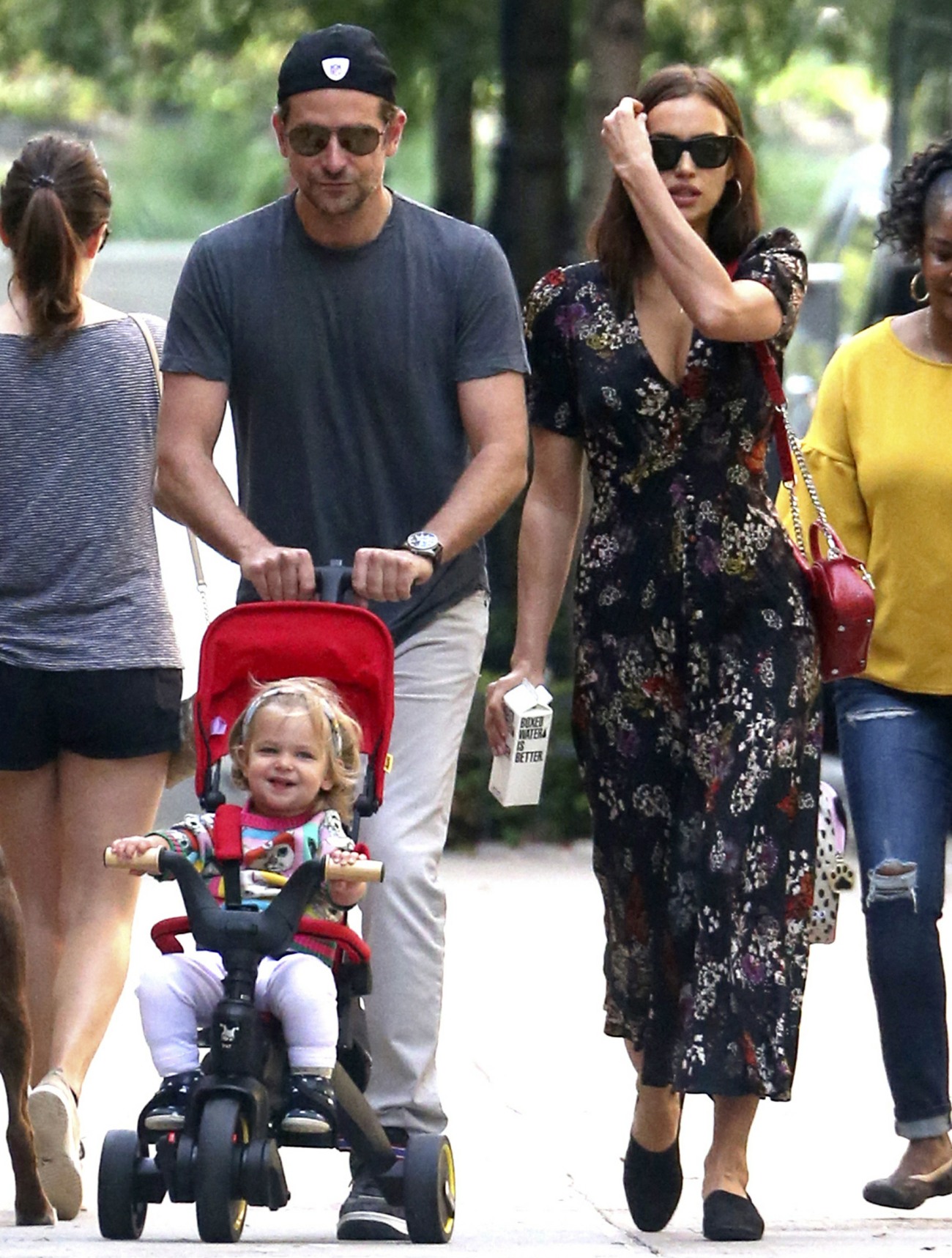