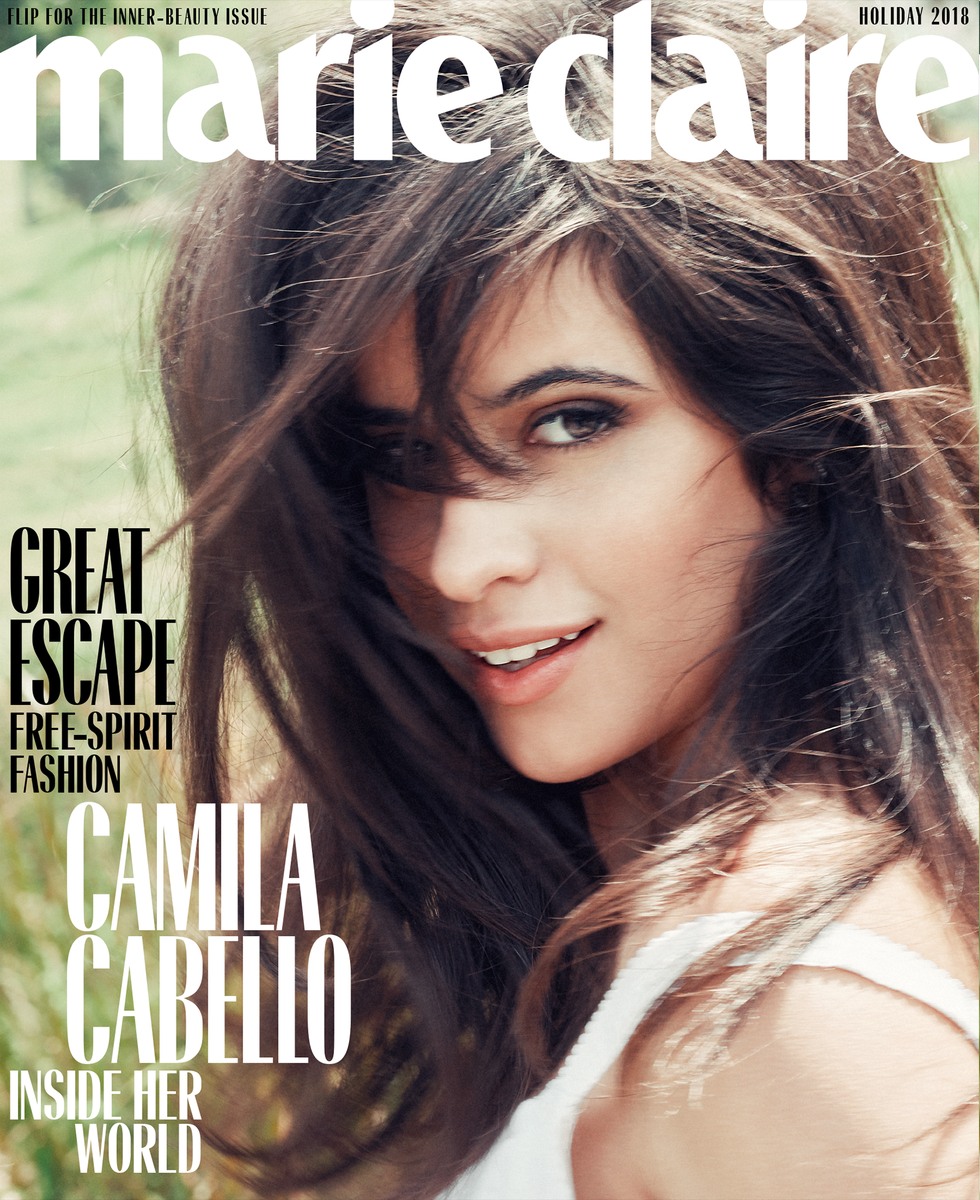 Camila Cabello is a big deal. Even though I’m old and I don’t know ALL of the “big deals” with the kids these days, I know Camila is happening. She grew her fanbase when she dumped Fifth Harmony and suddenly became close friends with Taylor Swift (she’s the opening act for Tay’s Reputation Tour). She’s had at least one major hit song. She’s big on social media. People just go crazy for her, and I tend to think corporations probably want to give her lots of sponsorships. The world is hers for the taking. And I think I’m fine with it? I’ve never really heard anything about her that made me go “Ugh, Camila is the worst.” If anything, I just don’t understand why the kids are SO crazy for her, given her somewhat limited portfolio. But whatever, here she is on the cover of Marie Claire’s Holiday Issue. This is one of the worst editorials I’ve ever seen – blurry photos, barely one clear, in-focus shot of her full face. Ugh. You can read the full Marie Claire piece here. Some highlights:

Her doctor ordered her to chill: “I realized if I don’t take days off, I will actually die. Or collapse, so I’m trying not to go too crazy for the rest of the tour.”It’s hard, though. I’m at this point in my life when I’m so happy—it’s hard to say no.”

Her stage fright: In order to understand Cabello properly, you have to understand, first of all, that she is very shy—and also that she is a natural exhibitionist. Cabello loves nothing more than the idea of baring her soul, of sharing her deepest secrets with the world, but she also hates the idea of doing it in front of anyone she actually knows. “I had intense performance anxiety as a kid…I’m an introvert. I love any activity where I can observe and not necessarily be a part of it.”

The two sides of her personality: “Basically, there’s the me that I really am, on the inside, which is the nerdy one—the kind of introverted, shy one—and then there’s the sexy, overly confident one, doing great dance moves and being super sassy.”

On being vulnerable: “I’ve challenged myself to be vulnerable and to not have a script of what you’re going to say.”

On what the success of her debut single, Havana, taught her: “You just have to trust yourself. I’m never going to be like, ‘This is a huge song.’ But I really liked it, and that’s what matters.”

On her boyfriend, British relationship coach Matthew Hussey: “He’s so similar to me. In person, we’re just weird and silly and stupid together. He makes me the happiest I’ve ever been in my life.”

On rumors she’s will star as Maria in Steven Spielberg’s upcoming West Side Story: “I don’t think so… I know exactly who I am, and I know what I want to do. I’m just not ready to give up that voice for something else right now.”

LOL imagine Steven Spielberg coming to you and offering you a role and you say “nah, I got other things on my plate.” Granted, I think a Spielberg-directed remake of West Side Story sounds unnecessary too, and I’m not wild about casting a Cuban-American woman in a role meant for a Puerto Rican woman (that’s, like, the whole f–king point of the musical). But if Spielberg offers you something, you still take it. HE IS STEVEN SPIELBERG. As for the rest of it… I actually didn’t know she was dating a “British relationship coach,” so… that’s interesting. And I think all of these Gen Zers love to label themselves with “introvert” or “exhibitionist” or whatever. They spend too much time labeling themselves. *shakes fist at labeled children* 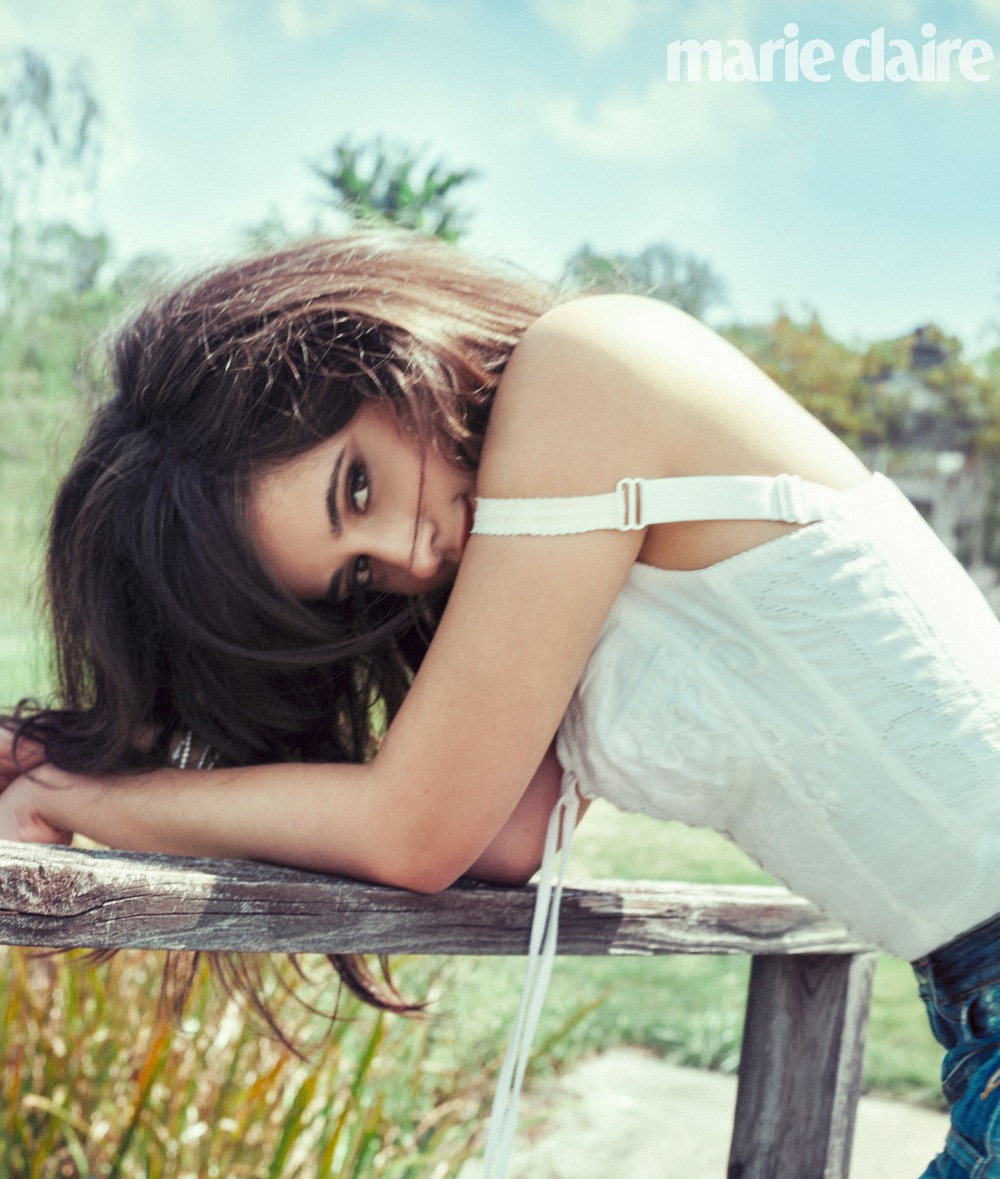 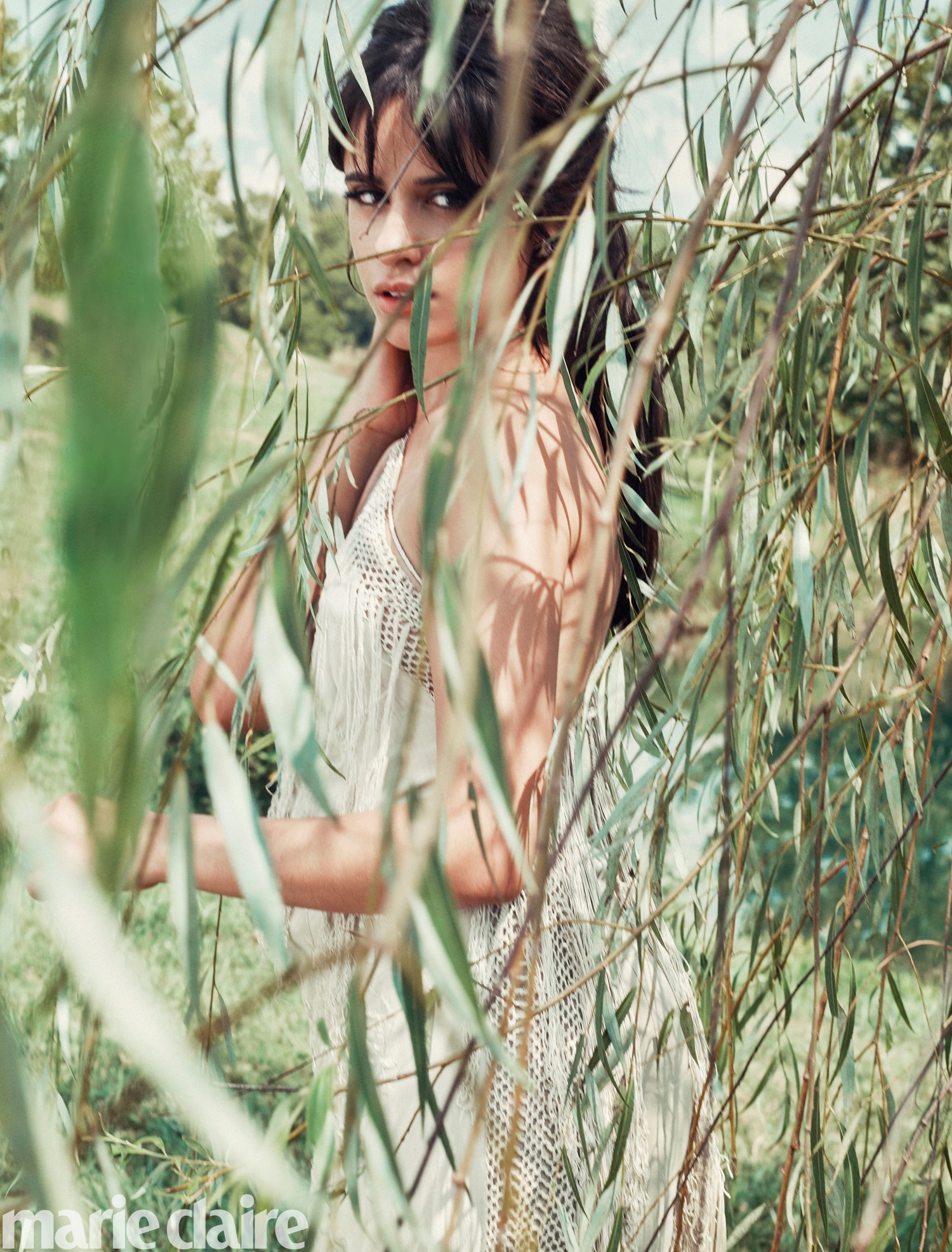