The most important part of my work is the people I get to come home from that work to. My daughter, Annie, my son, Tom and my husband, Christopher offered me love and support last night and I am so lucky to call them mine. @halloweenmovie


Jamie Lee Curtis, 60, and Christopher Guest, 70, have been married for 34 years. They have two adult children together: Annie, 32, and Thomas, 22. E! did one their deep dive pieces about Jamie and Christopher’s relationship and it’s a nice retrospective of the quotes she’s given about their marriage. Christopher comes to Jamie’s events to support her but they’re a low key couple and he mostly keeps behind the scenes. He writes and directs films in the mockumentary genre including Best in Show and Mascots. He got famous after starring in This is Spinal Tap, the 1984 Rob Reiner mockumentary about a ridiculous British rock band. That’s when Christpher first caught Jamie’s eye, in a photo of him in character inside Rolling Stone Magazine. Jamie called her agent to pass her number to Christopher, but he didn’t call her until after they ran into each other in a restaurant. They fell in love, got engaged a few months later and the rest is history. I’m only going to cull E!’s best quotes but they did a lot of research for this piece and it’s worth reading if you’re interested.

She saw a photo of Guest in Rolling Stone in 1984, knew he was the one
“I looked at the man on the right, wearing a plaid shirt and a waggish smirk. I’d never seen him before, but I pointed at him,” Curtis recalled in a 2004 essay for O magazine. “‘I’m going to marry that man,’ I said to my friend.”

In fact, [Jamie’s friend Debra] Hill knew his agent (turns out Curtis and Guest shared an agency), so Curtis called Guest’s agent the next day—and he already knew why she was calling, Hill having beat her to the punch. A little embarrassed, she left her number for Guest to call her if he was interested.

They started dating in June, were engaged by September, married in December
As I sat down at Hugo’s, I glanced up and found myself staring straight at Chris, three tables away. He waved to me as if to say, “I’m the guy you called.” I waved back: “I’m the woman who called you.” A few minutes later, he got up to leave. Standing 20 feet away, he shrugged his shoulders and put up his hand as if to say, “I’ll see ya.” As he left, I looked down at my plate.

The next day, on June 28, the phone rang. On July 2, Chris and I had our first date at Chianti Ristorante on Melrose. And by August 8, when he left to tape a year of Saturday Night Live in New York City, we’d fallen in love.

Their “secret” to a long marriage
“Chris and I have a wonderful, complicated, imperfect life. And a very real marriage,” Curtis wrote in O in 2004. “I’ll never know why I thought we’d understand each other when I saw his photograph. Hidden in that smirk, I think, was a little secret that only I knew.”

Not that everything is always perfect, a big barrel of laughs 24/7 just because Guest happens to be a comedic genius, or a perennially smooth ride because Curtis is witty, wise and empathetic. She joked on Today in 2015 that her secret to a lasting marriage was, simply, “don’t get divorced.” She added, “It’s a fascinating thing. I could write a book on marriage called ‘Don’t Leave.'”

“You think you’re having a bad week, but stay on the bus, because one of these days you’ll look out the window and it’ll be beautiful,” Curtis mused to Good Housekeeping this summer. “I think it can apply to almost anything where you feel unhappy in that moment. I’m not a wild romantic. I’m a realist. I respect him. And I just don’t leave.”

Jamie is a truth-teller and she’s not trying to sell her marriage as perfect, which is why I like her so much. (I know these are old quotes, but they’re new to me.) You know who else said she would marry her fiancé after seeing him the first time? Ariana Grande and we know how that worked out. I don’t put that much stock in these type of stories, but after 30 years people can tell them. This is also one of those “got engaged quickly and it worked out for the long term” stories instead of a cautionary tale.

Jamie will next star in the political thriller, An Acceptable Loss, out early next year. I’m so happy to see her get leading roles again and hope this signals that we’re getting even more movies starring older women. 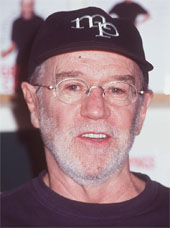 Olivia Wilde ‘mortified’ with being served