Carole Middleton: ‘One of the most important qualities of a good parent is discipline’ 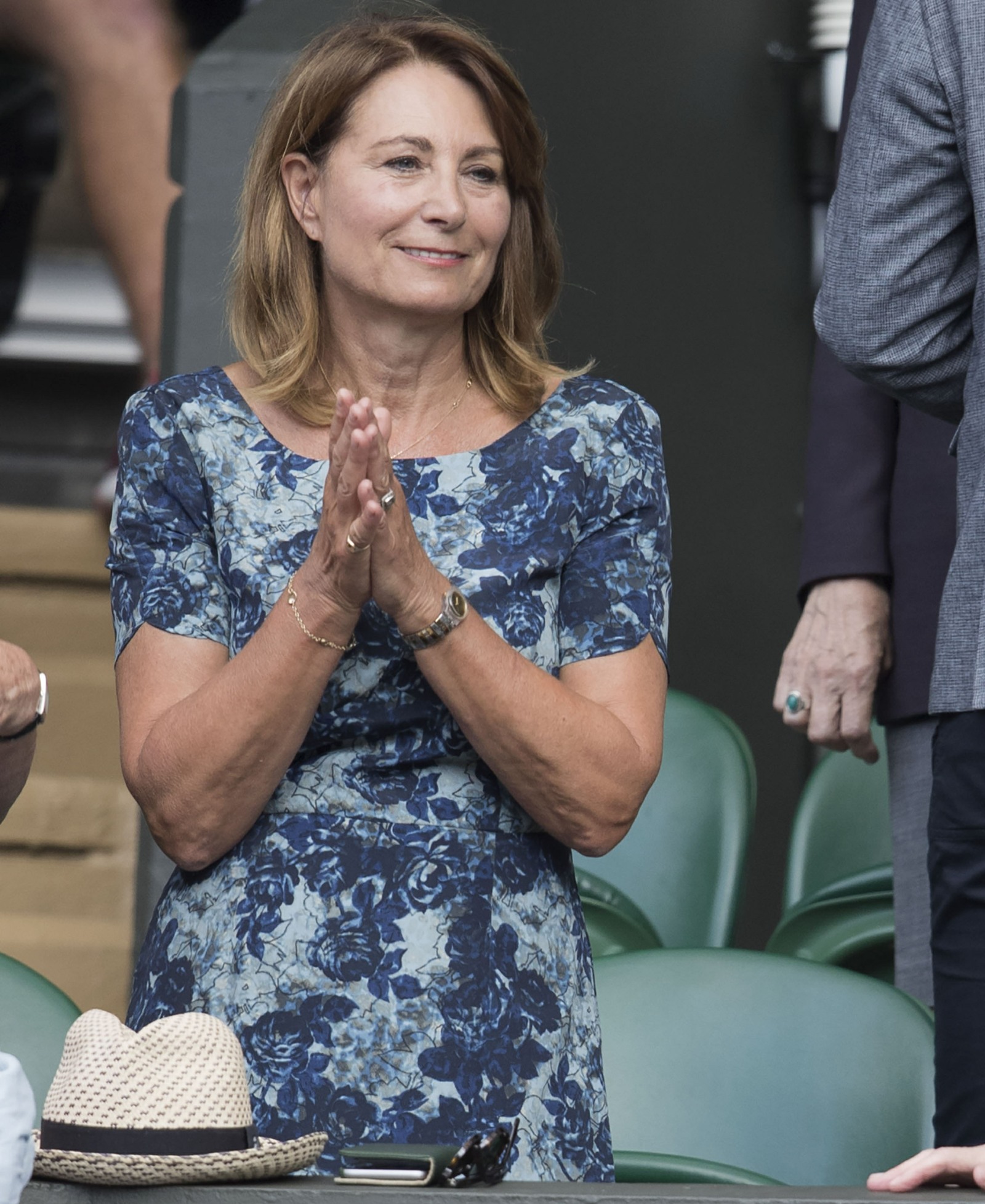 I’ve always felt that Carole Middleton is Britain’s answer to Kris Jenner. I’ve said that since the beginning, and eventually the British tabloids picked up on it and started making the comparison as well. I’m not necessarily trying to insult Carole, but I’m just saying… she gives off a very Kris Jenner vibe. Living vicariously through her daughters, the Machiavellian puppet master capable of working the press and manipulating her children and their spouses. Kris Jenner and Carole both started out as flight attendants too, and they both married well, given their humble origin stories. Both Kris and Carole have more hustle than all of their kids combined too. Carole’s hustle is more of the social climbing variety – she wants the best “position.” Kris’s hustle is about money and fame.

Anyway, Carole decided to give an interview. This is her first sit-down interview…ever? She’s given quotes here and there, but like Kris Jenner, her power is behind the curtain. Again, it’s interesting timing, especially given that “sources” keep talking about how Kate’s got a big initiative she’s about to unveil, and given the rash of negative stories about Meghan. Is all of it connected? I don’t know. Some quotes from Carole’s Telegraph exclusive:

Why it has taken her so long to be interviewed: She said that her life is simply “really normal – most of the time….Over the years, it’s proved wise not to say anything.”

She doesn’t have a problem being pulled in all directions. ‘I love it. I’m definitely hands-on. I don’t find it complicated. My biggest fear [as her offspring grew up] was that I’d lose my family, but we’ve stayed close. There are times when they say, “Can you do this, or that?” and I can’t quite. But they like the fact that I work. I have two lovely sons-in-law and,’ she adds (is that a wistful note?), ‘I hope I’ll have a lovely daughter-in-law.’

She was her own wedding planner: ‘Not everyone can afford a party planner,’ Carole says – and she should know. She planned her own wedding. ‘I found the venue, organised the wedding breakfast, the bonfire and chilli con carne in the evening.’

Duchess Kate asked her mom for wedding advice:‘We talked about music… everything. I was involved lots with both Pip’s and Catherine’s weddings. But I think the most important thing, as a parent, is to listen to what your daughter wants. You can have all the ideas in the world, but it has to be about them. And don’t muscle in on the guest list.’

She doesn’t like shopping: ‘I’m bigger round my top half than I was, so that’s why I prefer dresses to trousers and I don’t like anything tight. One of the reasons I don’t like shopping for clothes is that there aren’t enough for women my age. I know what I want, but I can’t find it. There’s a way of dressing that’s what I call “correct”.’

She is a disciplined parent: ‘Although my parents gave me lots of love, there weren’t huge expectations of me. This might surprise you, but I think one of the most important qualities of a good parent is discipline. That doesn’t mean you’re strict, but routine is vital. Maybe structure is a nicer word. You can’t suddenly start teaching them about politeness at 13. You have to do it from the start.’

Carole doesn’t read the stories: Carole prefers not to read any stories about herself online – a rule she has stuck to for more than a year. “Well, I thought it was better to know what people thought. But it doesn’t make any difference. I’m not really sure how I’m perceived now.”

The Middleton kids always helped out at Party Pieces: “They did a lot of modelling. Catherine was on the cover of one of the catalogues, blowing out candles. Later on, she did some styling and set up the First Birthday side of the business. Pippa did the blog. I still value their ideas and opinions.”

Kate texted her mom: “You can see why the Middletons remain such a close family (Catherine texted her on the shoot to wish her luck).”

She’s the hostess: “I do love a good party. I’m definitely a night owl and a real chatterbox. My children look at me sometimes…”

[From The Daily Mail, The Telegraph and Harper’s Bazaar]

I realize that Carole could have given an interview at any time, to any outlet. She’s been quiet publicly all of these years by her choice, and because she thought it would be frowned upon by the royal courtiers. So my question is… why is she no longer worried about the royal courtiers? Why isn’t she worried that someone from the palace will snipe at her in the next week for giving an interview where she really had nothing to promote except herself, and maybe Party Pieces a little bit? Why now? Also: remember how the British tabloids insisted that Doria Ragland gave an interview to Oprah and everyone called Doria “tacky” and whatever, and then it turned out that Doria and Oprah just hung out and there was no interview? I wonder if those same people are mad at Carole. 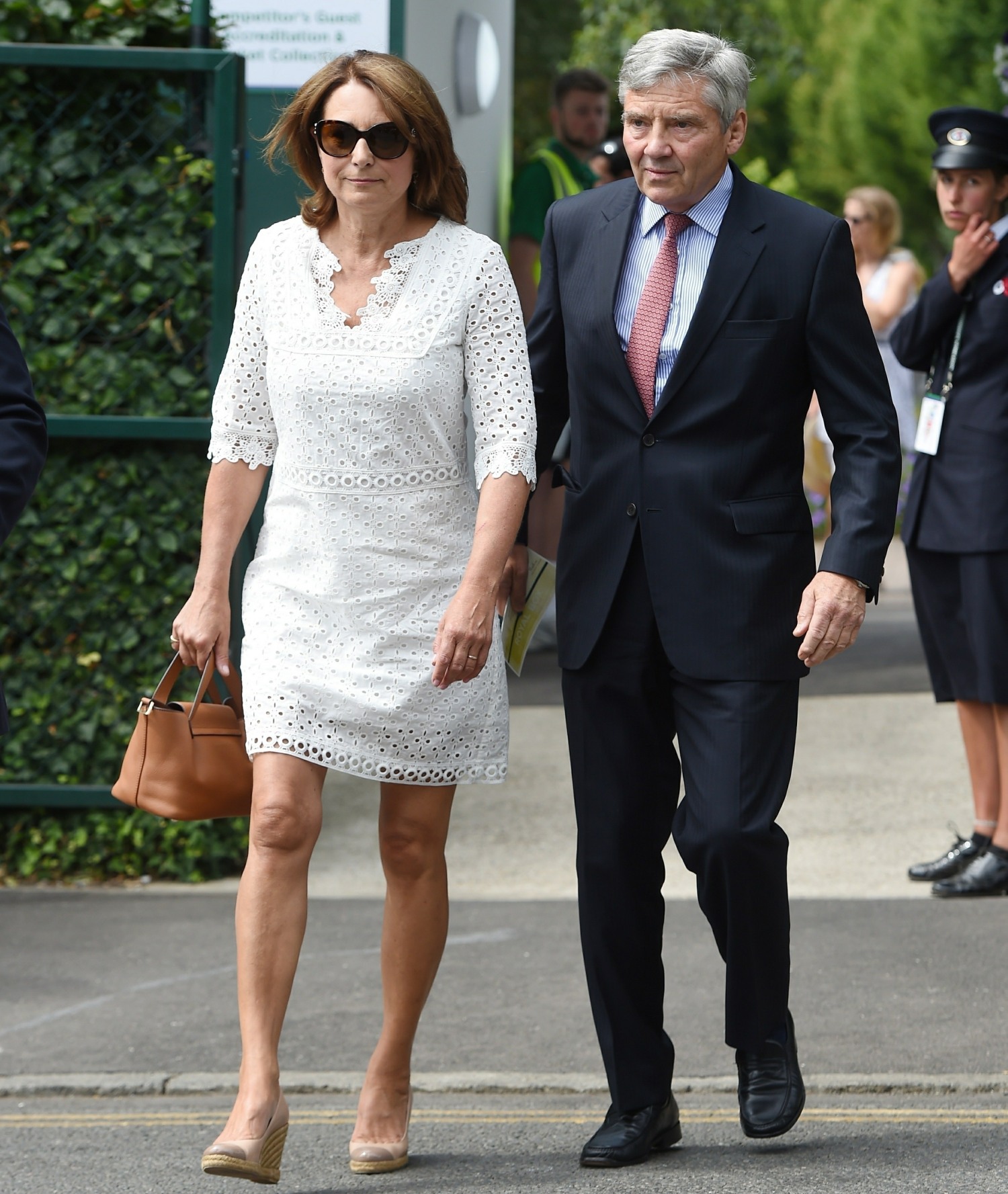 130 Responses to “Carole Middleton: ‘One of the most important qualities of a good parent is discipline’”