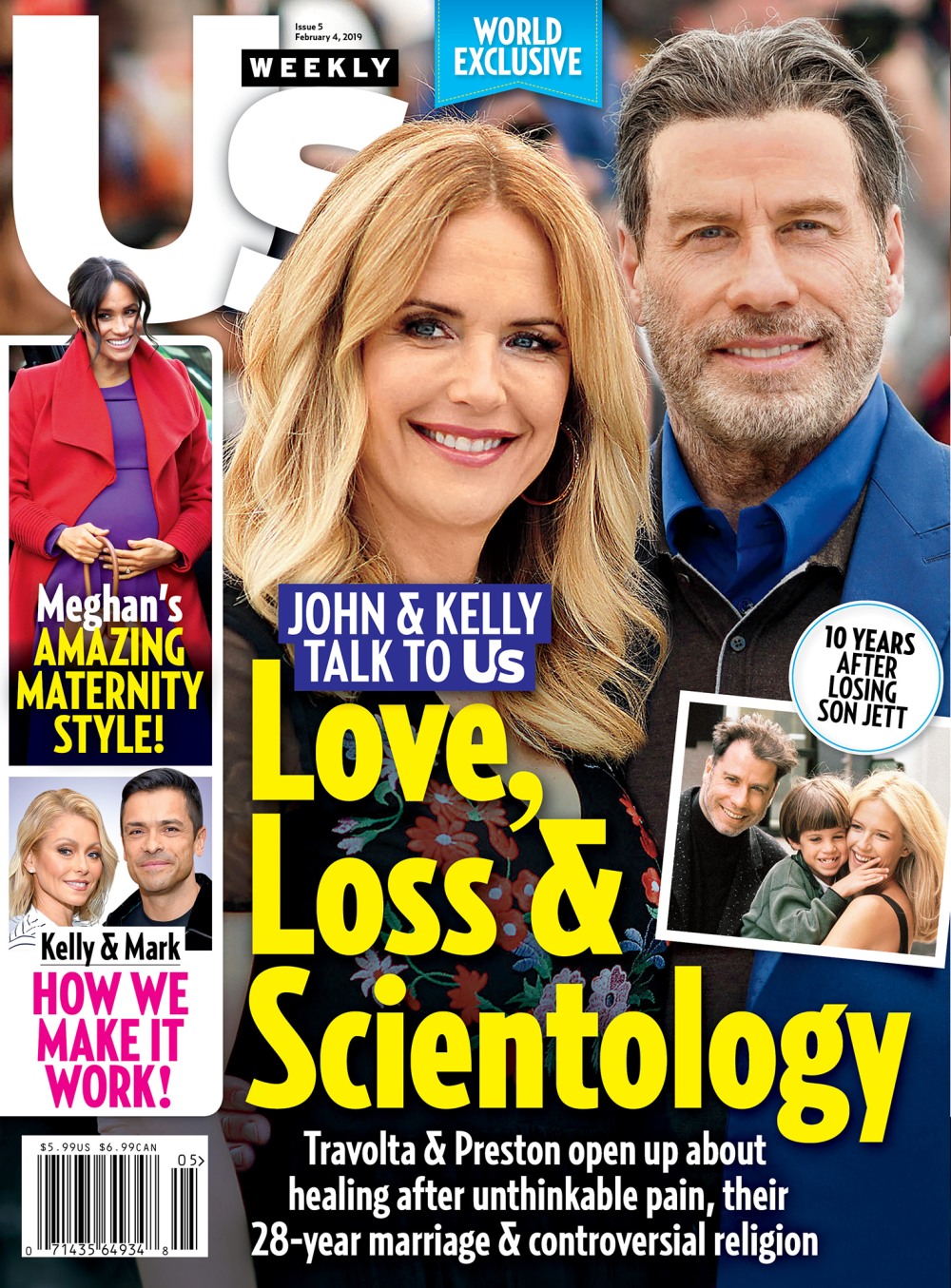 It’s a weird time in the year for gossip, which might be why Us Weekly and People Mag are both running with odd cover stories this week. People Mag’s cover story is about the BTK Killer’s daughter, which seems like a “filler” true-crime story which could have been published at any time. Us Weekly also chose a more filler-like subject: John Travolta and Kelly Preston’s strong marriage. It’s weird because Us Weekly is now owned by AMI (American Media Inc), which owns the National Enquirer and other tabloids, all of which have run many, many stories about John Travolta’s shady double life with male lovers, and his abuse of massage therapists and all of that. It’s also shady because… Travolta seems to have given them some exclusive quotes, and because this piece is very positive about Scientology, an abusive cult that operates on slave labor.

John Travolta and Kelly Preston’s kids are their No. 1 priority. “Our children keep our interest in life very high,” the actor reveals exclusively in the new issue of Us Weekly. “Their future is very important to us.”

Travolta, 64, and Preston, 56, who tied the knot in 1991, are parents of daughter Ella, 18, and son Benjamin, 8. The couple’s eldest son, Jett, died in January 2009 after suffering a seizure. He was 16 years old. They kept the faith. When Jett died, the pair didn’t know how they were going to survive without him.

“It’s the worst thing that’s ever happened in my life,” the actor has said. “The truth is, I didn’t know if I was going to make it.”

Thankfully, the Church of Scientology was there to help them get back up. While the religion has its fair share of critics and skeptics, the Trading Point star, 64, credits it with his recovery after the family’s ordeal. “The church never left our sides for two years,” Travolta reveals in the new issue of Us Weekly. “I don’t know if I would have made it through without their support.”

Now, one decade later, the parents of daughter Ella, 18, and son Benjamin, 8, continue to be devout followers. He adds: “Our church is the number one thing that keeps us grounded.”

This is super-weird, right? I honestly feel like “live and let live” about most religions as long as people are not proselytizing, but that’s exactly what Travolta is doing: he’s proselytizing Scientology by putting a smile and a f–ked up wig on it. “While the religion has its fair share of critics and skeptics…” yeah, it’s a cult. An abusive cult. Enough. And why now? Why this moment? I feel like Travolta gave them this exclusive in exchange for AMI burying another story. 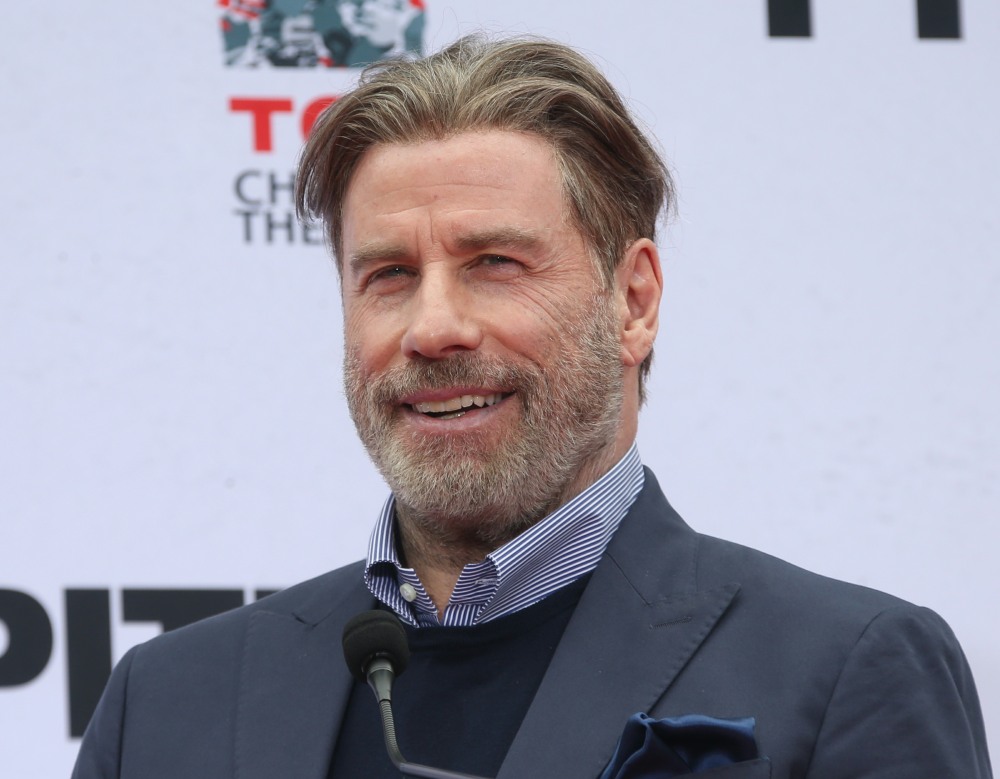 27 Responses to “Wow, Us Weekly’s cover story with John Travolta is astoundingly shady”