Zachary Quinto & Miles McMillan broke up after about six years together 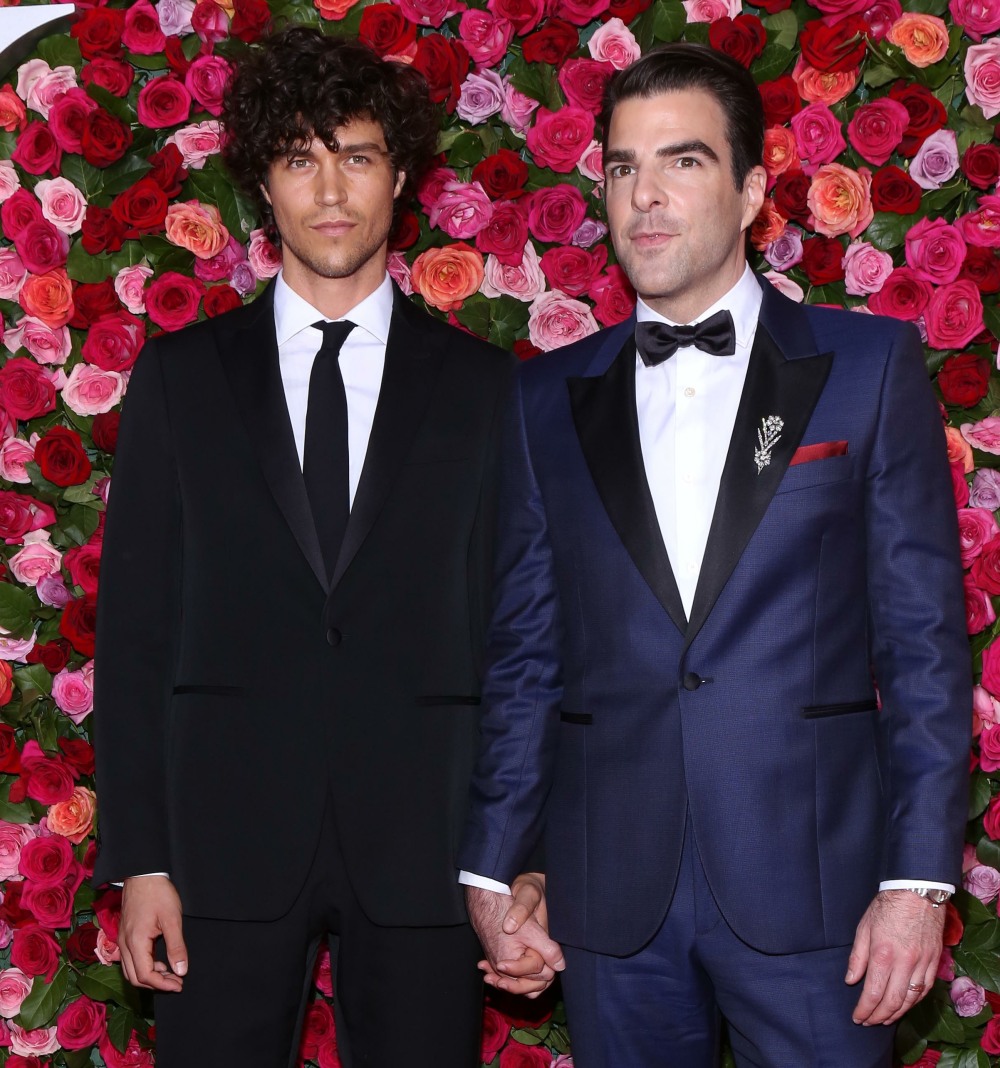 I’ve been doing this job so long, I remember when it was such a big deal when Zachary Quinto came out. I also remember the rumors in the LGBTQ community once he did come out – like, it wasn’t really a secret, and he wasn’t really in the closet, but people were happy for him when he did talk about his sexuality publicly. But Quinto was briefly sort of like the gay Bridget Jones – there were concerns that he was too needy and he would never find true love. Eventually, Zachary fell for a guy named Miles McMillan. They were together for years, often getting pap’d together in New York, and they were such a stable couple that people just got used to seeing them on red carpets too. But no more! Quinto & McMillan are over!

Zachary Quinto and Miles McMillan are no more. A source confirmed to E! News on Tuesday that the couple split up after nearly six years together. Neither Quinto nor McMillan has posted photos on social media of their significant other in some time. Most of McMillan’s most recent photos involve snuggling with his dogs or traveling to far-flung places.

The last time the 29-year-old model uploaded a picture with his beau occurred in June at the 2018 Tony Awards. He captioned a snapshot of them on the red carpet, “Last night at the Tonys with my one and only!” On Quinto’s birthday in June, McMillan paid tribute by calling him “my favorite” and adding, “I love you forever and ever!!” They celebrated their five-year anniversary in June.

The Star Trek star traveled to Los Angeles over the weekend for the 2019 Oscars and stayed with Modern Family star Jesse Tyler Ferguson and his husband Justin Mikita. The two of them, not McMillan, were his “Oscar squad.” Quinto attended Vanity Fair’s Oscars after-party , whereas McMillan stopped by Elton John’s AIDS Foundation Academy Awards Viewing Party.

It sounds like the tea on this has already gone cold – my guess is that the breakup probably happened last year, probably before Christmas. I hope that there was no big drama, and I think there probably wasn’t – if there was some big cheating scandal, surely we would have heard about this before now? So here’s hoping that Quinto is doing okay. Did you know Quinto is 41 years old? Vampire! So that makes Miles 12 years younger than him. Which feels almost standard these days. 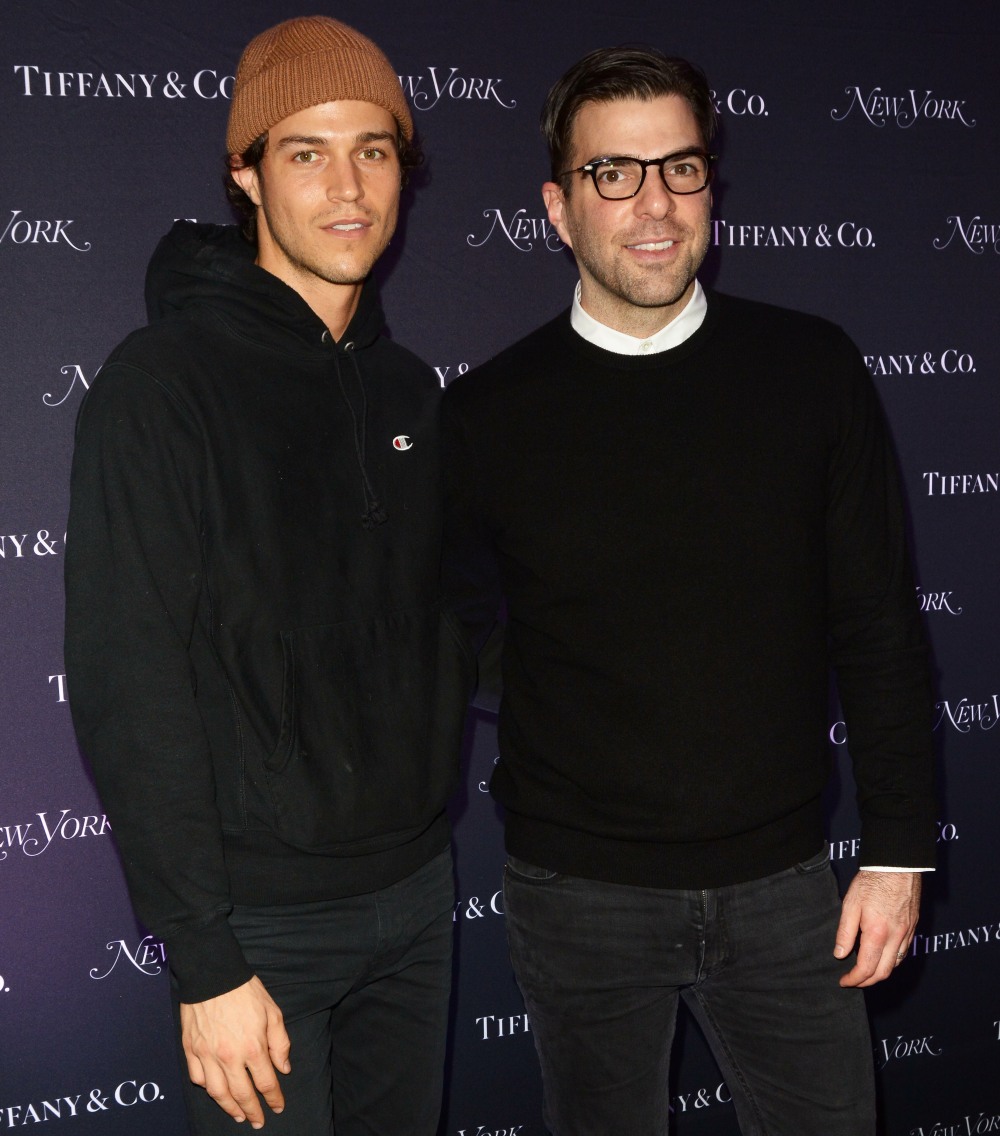 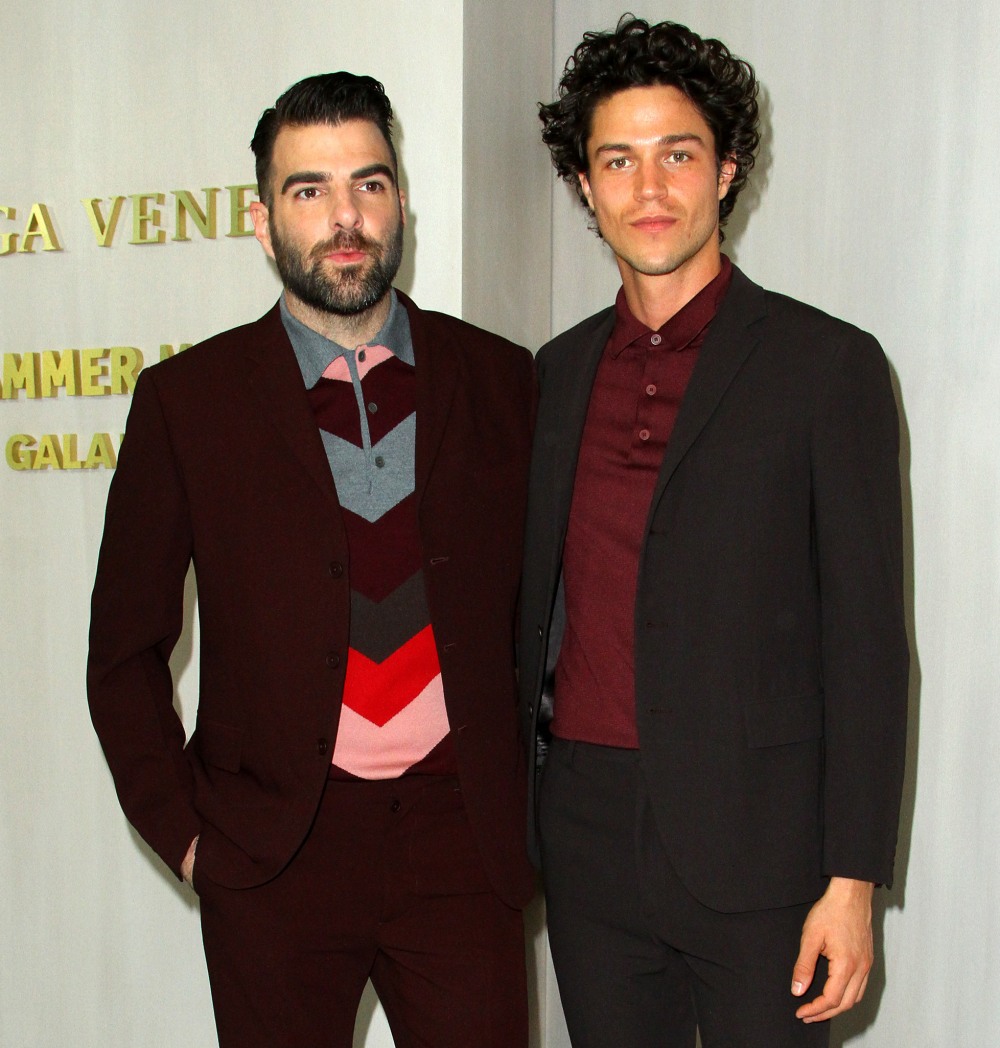