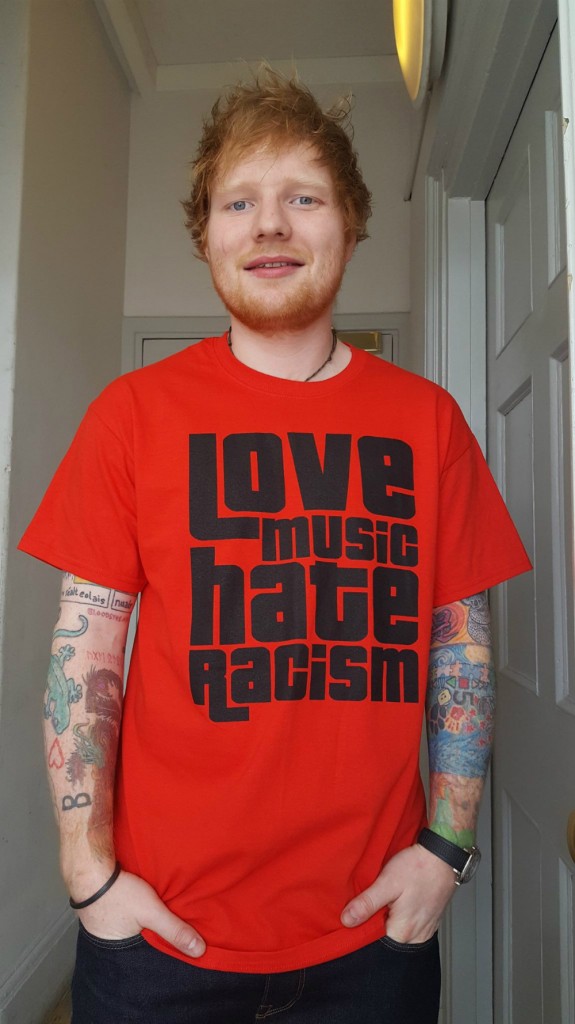 I’d completely forgotten that Ed Sheeran got engaged last year. Well, he’s not engaged any more – but only because he reportedly got married! Corey mentioned in her post that Sheeran’s then fiancée, Cherry Seaborn, did not feature prominently on his Instagram. Since the engagement, she’s been in a few posts and they look pretty cute together. The couple have known each other since childhood but didn’t start dating until July 2015. And apparently they have a thing about Christmas because they got engaged around last Christmas and supposedly, the small, quiet wedding ceremony took place this past Christmas.

Love is in the air for Ed Sheeran and Cherry Seaborn!

The Sun’s Dan Wootton reports the “Perfect” singer and his hockey star sweetheart tied-the-knot in an intimate ceremony.

Apparently, the two got married just before Christmas at the superstar’s English country estate in Suffolk.

The publication claims celebrities weren’t invited to the wedding, which means there was no sign of his pals Taylor Swift, Rita Ora or John Mayer at the top secret event.

If anything, The Sun reports the ceremony was so small and intimate about 40 friends and family members attended.

“It was very quiet – just Ed’s oldest school pals, limited family and the priest,” a source told the outlet. “He wanted no fuss and he wanted it to be something entirely for them – just a tiny winter wedding.”

Adding, “Neither of them were that fussed about making a big deal about it.”

There are quite a few photos on Sheeran’s Instagram in which he is sporting a ring but, as we know, he wore an engagement ring so that’s not quite proof of the wedding.
If The Sun is to be believed, it sounds like it was a lovely, charming ceremony. An intimate Christmas wedding on a English country estate – what’s not to find charming. And I’m happy the non-famous guest-list allowed the sole focus to be on the couple rather than who attended. The only negative thing for me is the lack of pictures. Obviously, that was the point of not having a big, flashy, celebrity-attended event in the first place but I like wedding pictures. And since they married in Framlingham I’m fantasizing that they did it at Framlingham Castle, with hundreds of candles and giant wreaths throughout. That’s definitely something I want to see.

Rumor is that Sheeran and Seaborn will have a big ‘festival-like’ reception at the end of summer for their famous buddies. I’d love to score an invite to that, not so much because I am overly invested in Sheeran’s wedded bliss but because I want to watch Taylor Swift avoid John Mayer all night. Anyway, congratulations to the couple. It sounds like the perfect start of this new chapter.

14 Responses to “Ed Sheeran quietly got married right before Christmas”