Leighton Meester: ‘I stepped into the hardest job in the world: being a mom’ 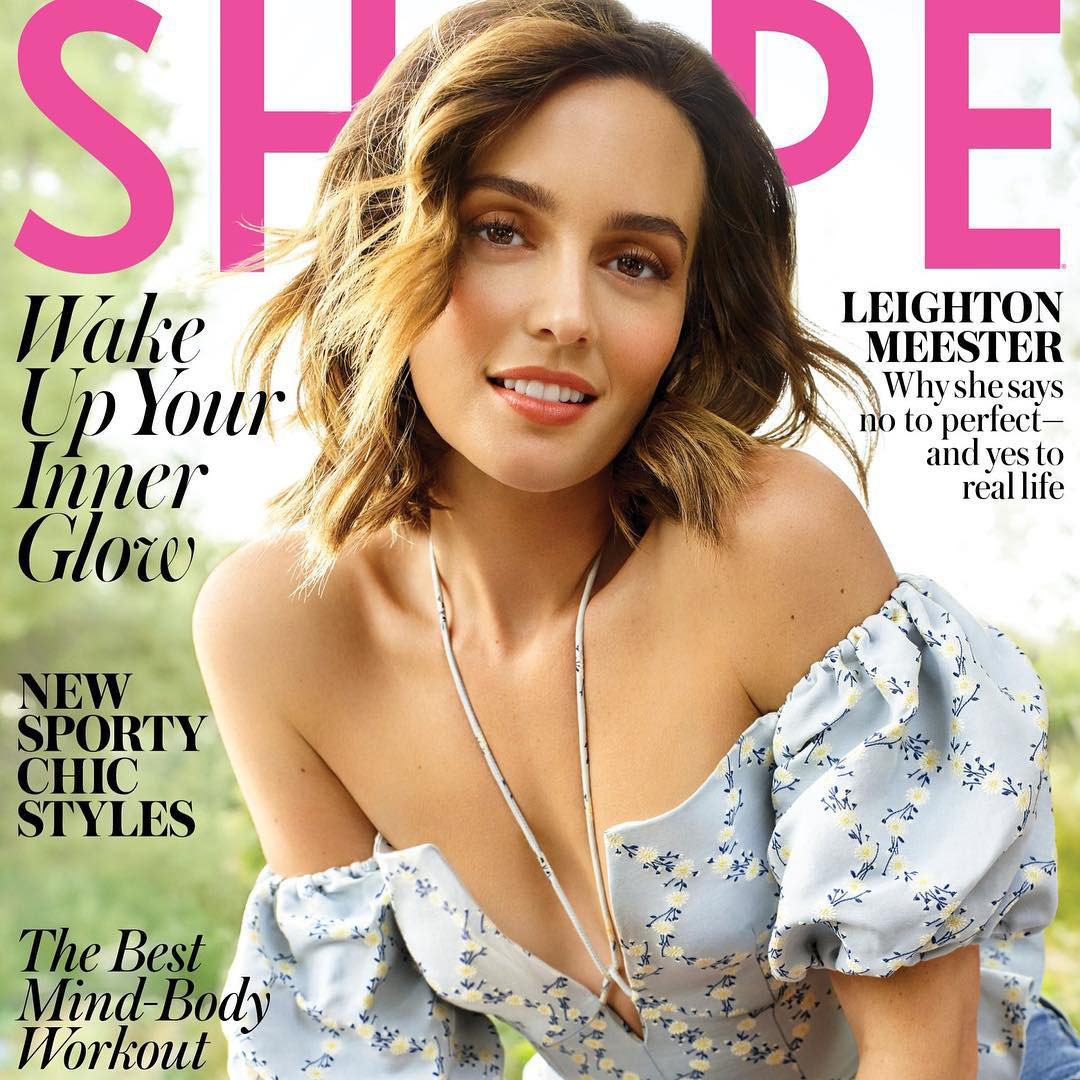 I enjoy seeing Leighton Meester because she lays so low most of the time. She’s had a music career along with her acting career but she doesn’t seem like much of a hustler. Leighton is covering Shape Magazine and they did something to her face or maybe it’s her makeup because she just doesn’t look like herself. She looks a little like Rose Byrne, right? Leighton discussed being a mom, she has a three-year-old daughter with Adam Brody named Arlo Day, her favorite workout, which is surfing, and the fact that she finds balance impossible as a working mom and she doesn’t even strive for it. Leighton is on the ABC sitcom Single Parents and since I get all my TV and movie advice from Pajiba, I’m skipping this one.

On being a mom
I feel that I am really lucky, and yet, still, I stepped into the hardest job in the world: being a mom. One thing I have come to learn as a parent is that you have to step back and let your child struggle a little—let them fall down at the playground. It’s the way they’re going to learn.

She loves surfing and does it for exercise
For the last six months, surfing has pretty much been my main form of exercise. I have found that when I don’t have a physical result in mind when I’m exercising—it’s not just about getting sore or getting abs or burning fat—I feel much more confident. I’m working on a skill, and that is so fulfilling to me. Plus, being in the ocean is such a spiritual experience that you forget you’re getting a real workout.

She doesn’t “believe in balance”
I just don’t believe in balance. I think that’s not possible if you’re a working mother—and with single mothers, I can­not even imagine that. I love playing Angie because we discuss how hard the struggle is to feel like you are enough. Some days my husband makes dinner, and some days I do. Other days, I’m too tired, and I eat a bowl of cereal for dinner. It’s just the thing we do to make it work.

[From Shape via Just Jared]

She also talked about her diet, she eats a lot of salads and has green smoothies for breakfast, and said that she follows the 60/40 or 70/30 rule where she tries to eat right most of the time but lets herself have treats. She eats healthy up until around dinner time and she loves mint fudge cookies.

I don’t know if being a mom is the hardest job in the world, I hope she was using hyperbole, but I can relate to having to step back and let your child learn life lessons. When they’re three it’s not the easiest or most ideal time to do that though. If they’re about to fall down and scrape their knee you may as well catch them at that age, you know?

What did she do to her hair here? 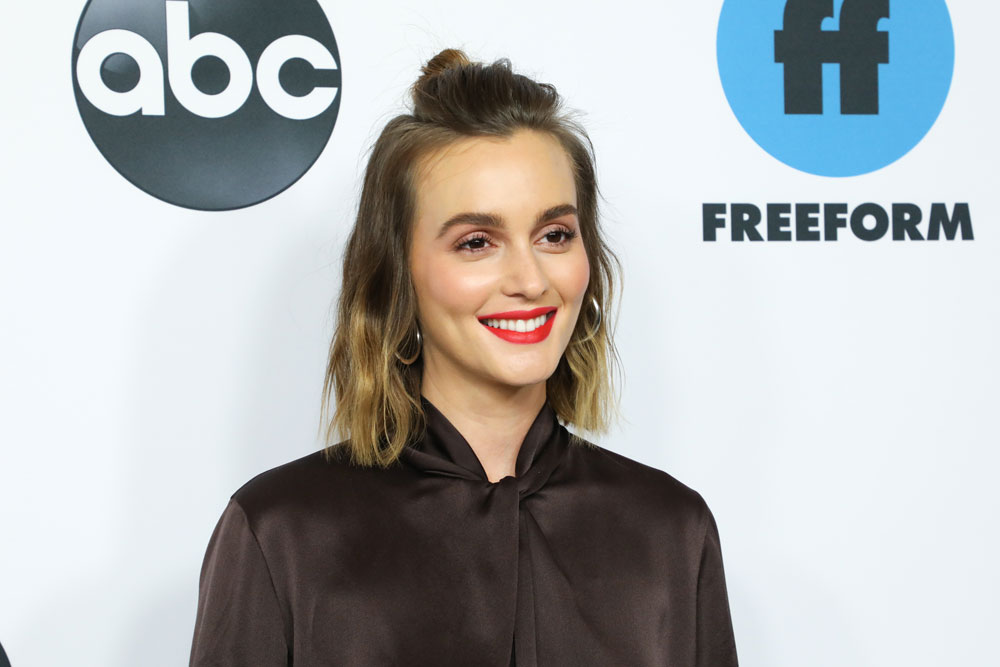 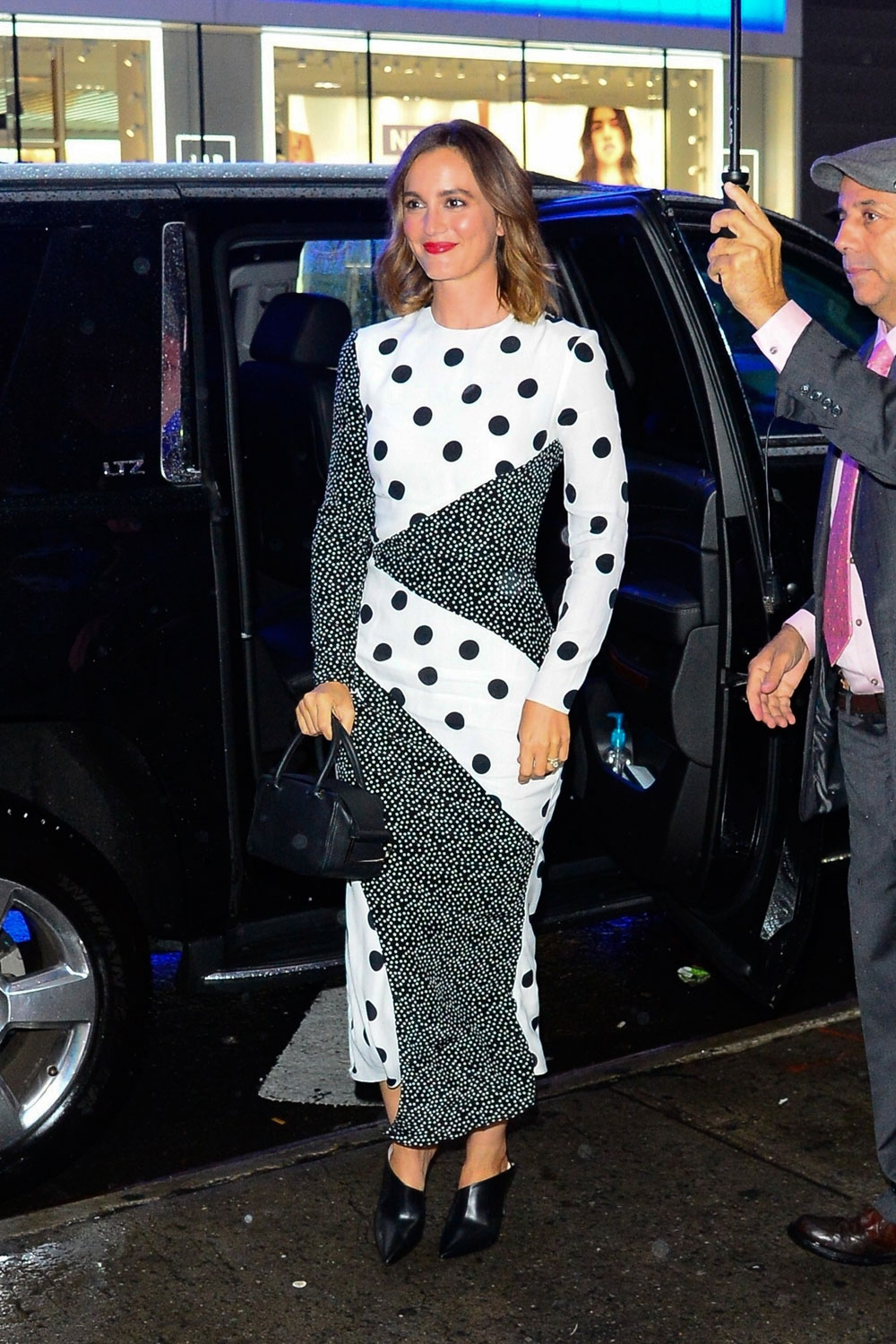 27 Responses to “Leighton Meester: ‘I stepped into the hardest job in the world: being a mom’”