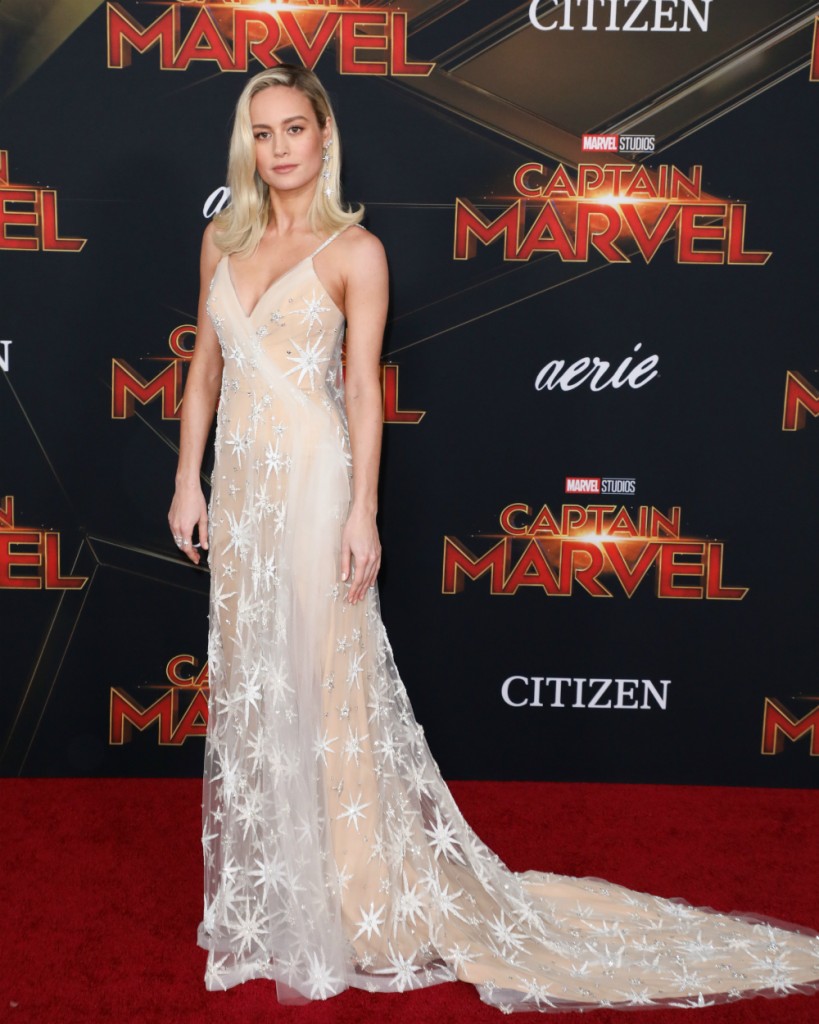 Brie Larson is the It Girl of the moment, and deservedly so. She’s the face of a big-budget superhero film and she’s been dazzling on the red carpet, meeting and greeting all the young Captain Marvels that are clamoring to see her. Most of her Marvel co-stars gave her props for the film and its success. I’m sure they are strongly ‘encouraged’ to do this, but I always love to see the Marvel lovefest when their films come out. What can I say, I’m a sucker.

But the love for Brie was not limited to Marvel. DC stars wanted to get in on the Brie love as well. Last Monday, Brie posted this Instagram:

“Don't let anyone rob you of your imagination, your creativity, or your curiosity. It's your place in the world; it's your life. Go on and do all you can with it, and make it the life you want to live.” #MaeJemison

Replying to the post was none other than Catwoman herself, Anne Hathaway who said:

You know what U loved most about @captainmarvelofficial (among all the things I loved about Captain Marvel?) Seeing YOU up there. So impressed and proud, sis. You did it! Now go get Thanos!

Not going to lie, I got all smiley when I read this. I’d love someone to say this about me. Not just Congrats! Much success, w00t! But I am so glad this is happening to you. You earned this. It’s great and I love that Anne said this in a reply instead of its own post, keeping it all about Brie.

In addition to Anne, Wonder Woman, Gal Gadot, used a great bit of fan art by a 17-year old artist in her Instagram story with the caption

@brielarson I’m so happy for you sister! Congrats

Gal’s comments are especially poignant because she knows what this moment feels like for Brie.

Congratulations team Captain Marvel! Can't wait to see it and our whole WW crew wish you a great weekend. Love this gorgeous piece by @SamoanJYandall! pic.twitter.com/A3yUxwHhLZ

If you get a chance, scroll through the comments on Patty’s tweet, there’s a bunch of great artwork in them. I like Brie because she’s pretty consistent in her messages and uses her platform well. Without much to go on, she seems like a nice person. I want this for her, too. I hope she gets a moment to really soak this all in.

I saw Captain Marvel over the weekend (wearing my Wonder Woman shirt). I enjoyed the hell out of it. I know others who didn’t – some were disappointed, others dissected the whole thing to tell me what was wrong with it. I never followed the Ms./Captain Marvel comic, so this is my first introduction to her as a character. I don’t want to get into spoilers so I can’t really tell what I found fun but even things that dragged it down for me mostly righted themselves as it went on. I will say that I was happy that the female characters were allowed to be women and not women written as men. It was nice to see, if I may borrow from Goop, such feminine energy, especially in the relationships. And the fact that Captain Marvel took up space. And when that amount of space wasn’t enough she took up even more. That had me pumping my fist, plausibility be damned. 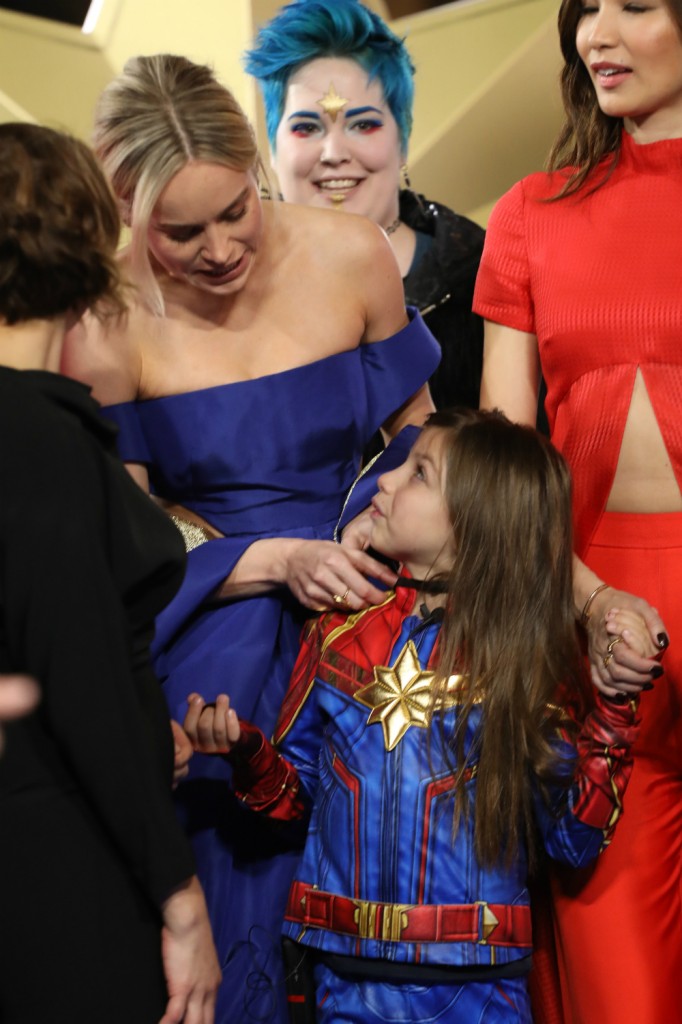 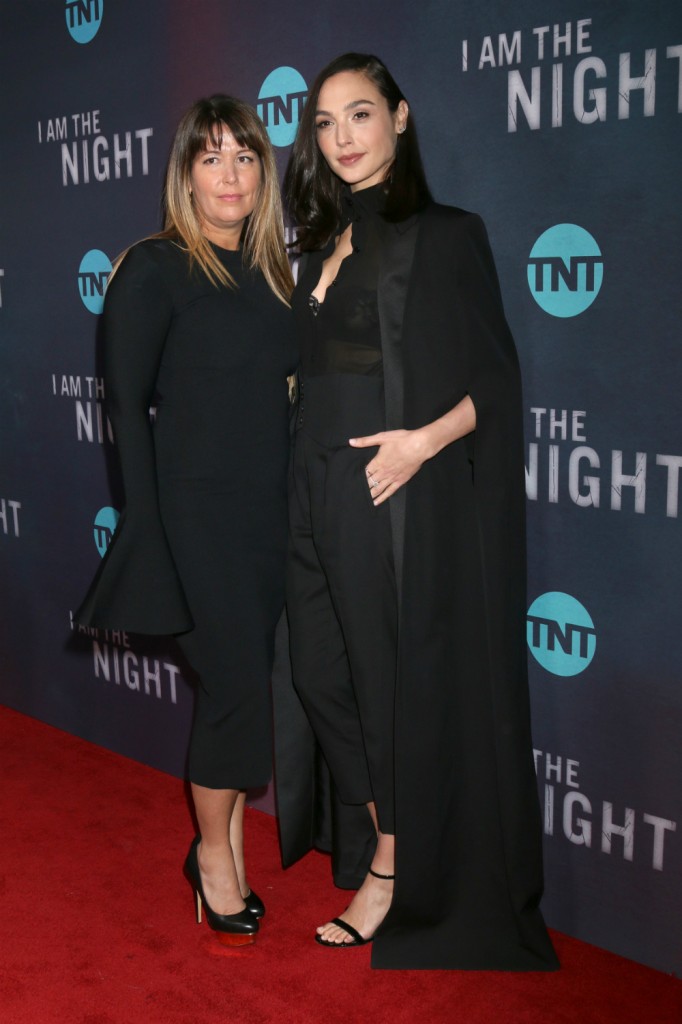 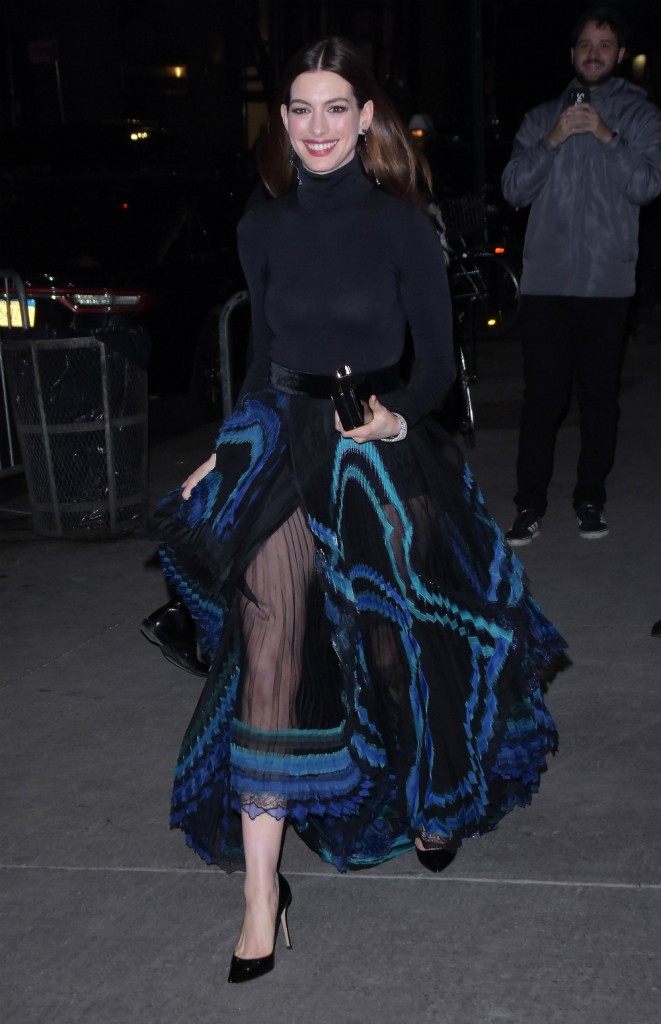