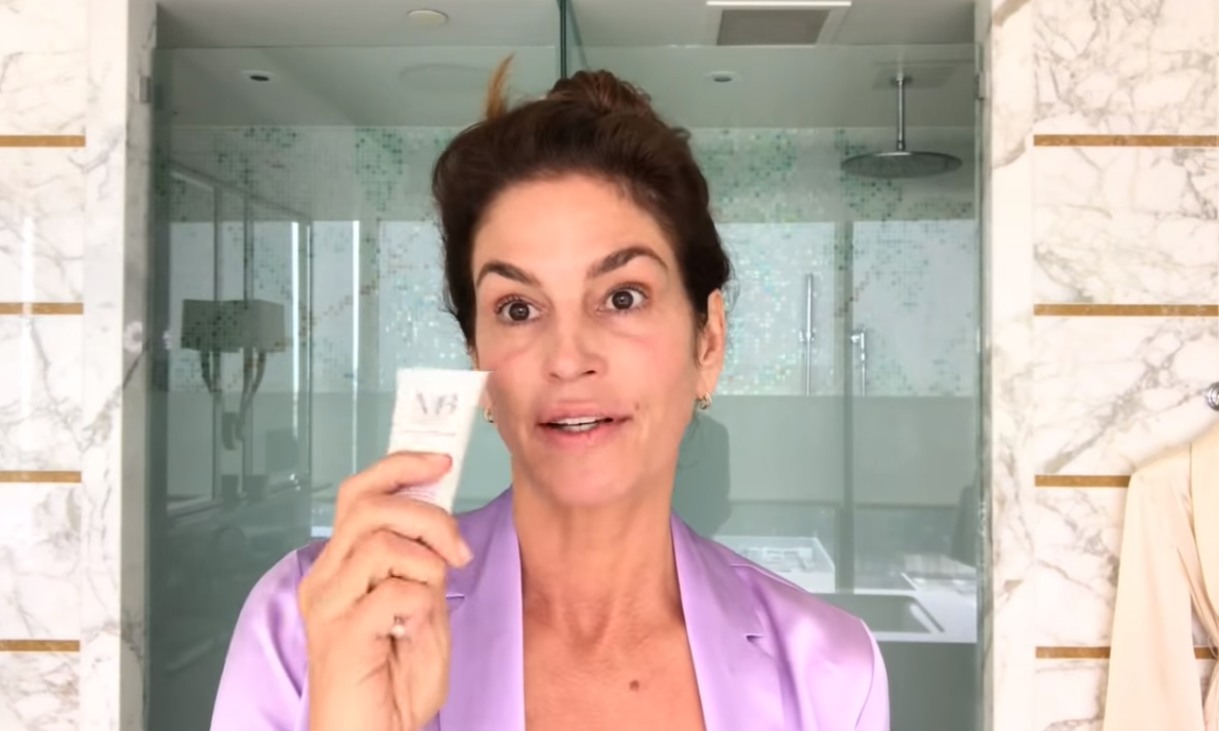 I’ve never enjoyed those YouTube makeup tutorials, or those hour-long videos on makeup and makeup-testing in general. Part of the reason I’ve never enjoyed that stuff is because I don’t know much about makeup, and part of the reason is that I don’t even care enough to wear makeup. All that being said, I enjoyed the hell out of this Vogue video of Cindy Crawford. Cindy speaks to camera as she’s applying her “daily face,” and I kind of admire her for being 53 years old and going without makeup completely in the start of the video. I also love that her whole process doesn’t involve 12 million products and an hour to apply them all. Cindy’s not a drag queen, and her daily beauty routine probably takes seven minutes, tops, if that. It takes so long in the video because she’s explaining what she’s doing and telling stories of her modeling days with Iman, Naomi, Linda Evangelista and more (that’s the best part). Here’s the video:

As Cindy explains in the video, as she’s gotten older, she wears less makeup, not more, saying: “I have found as I’ve gotten older I wear way less makeup. I would say that’s the biggest evolution for me which is kind of counter intuitive, but that also means that taking care of your skin is more important because you’re not covering it up with makeup.” She’s no longer a big fan of powders, because she thinks they make an older woman’s face look too creasey. Cindy also says, “My husband hates makeup, so this is already too much makeup for him. But I do explain to him that women do makeup for other women, not men.” Which is partly true, I guess. I think most men like their wives and girlfriends to go for a more natural look, but I’m not positive that women wear makeup for other women.

She honestly doesn’t look crazy-Botoxed in the video, right? Her makeup-free face is sort of a revelation to me – you can tell she’s had something done to her mouth (especially her upper lip, which seems frozen in a snarl), but her face moves, her eyebrows move, and she has some legit dark circles (no disrespect, so do I and I’m more than a decade younger than her). 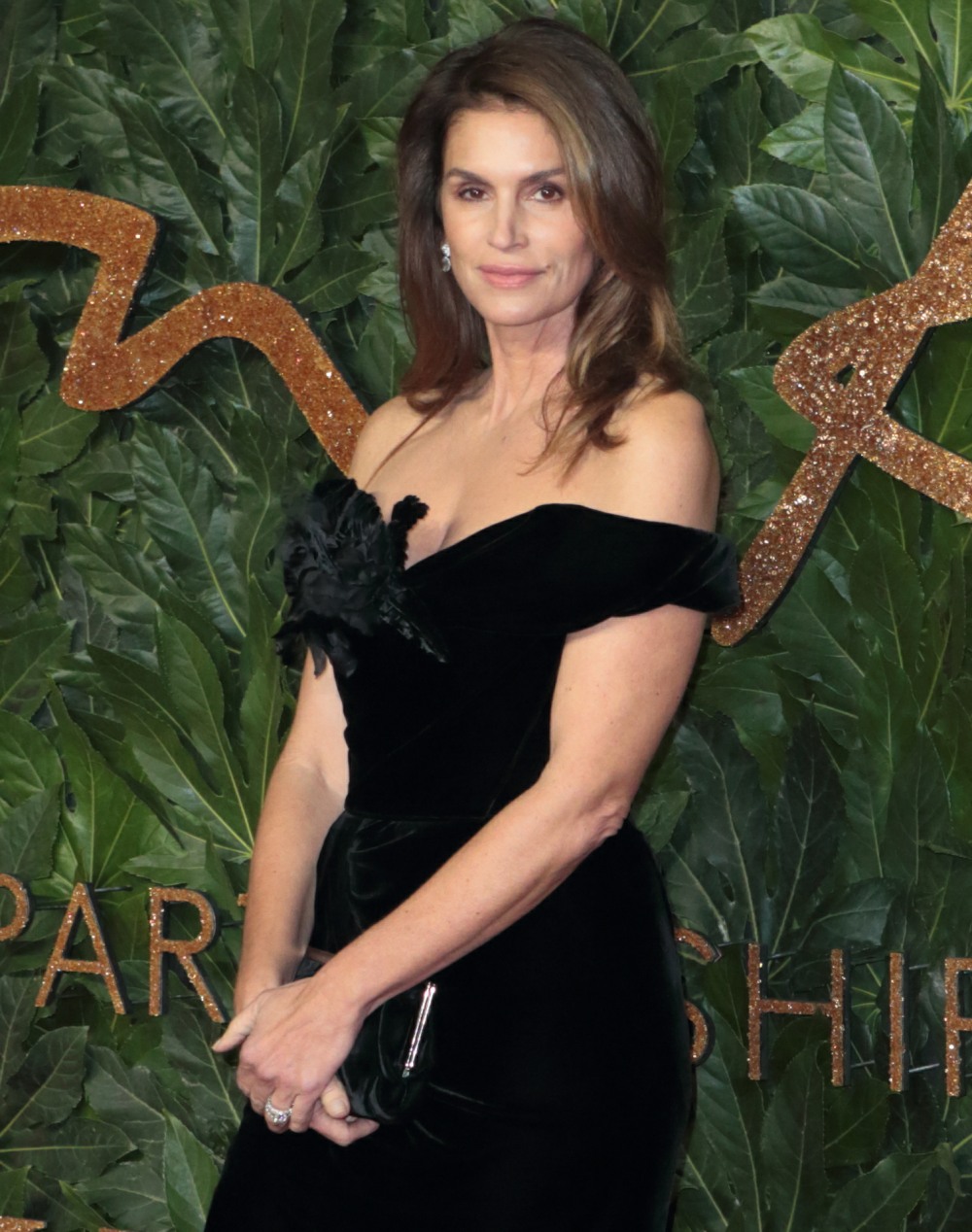