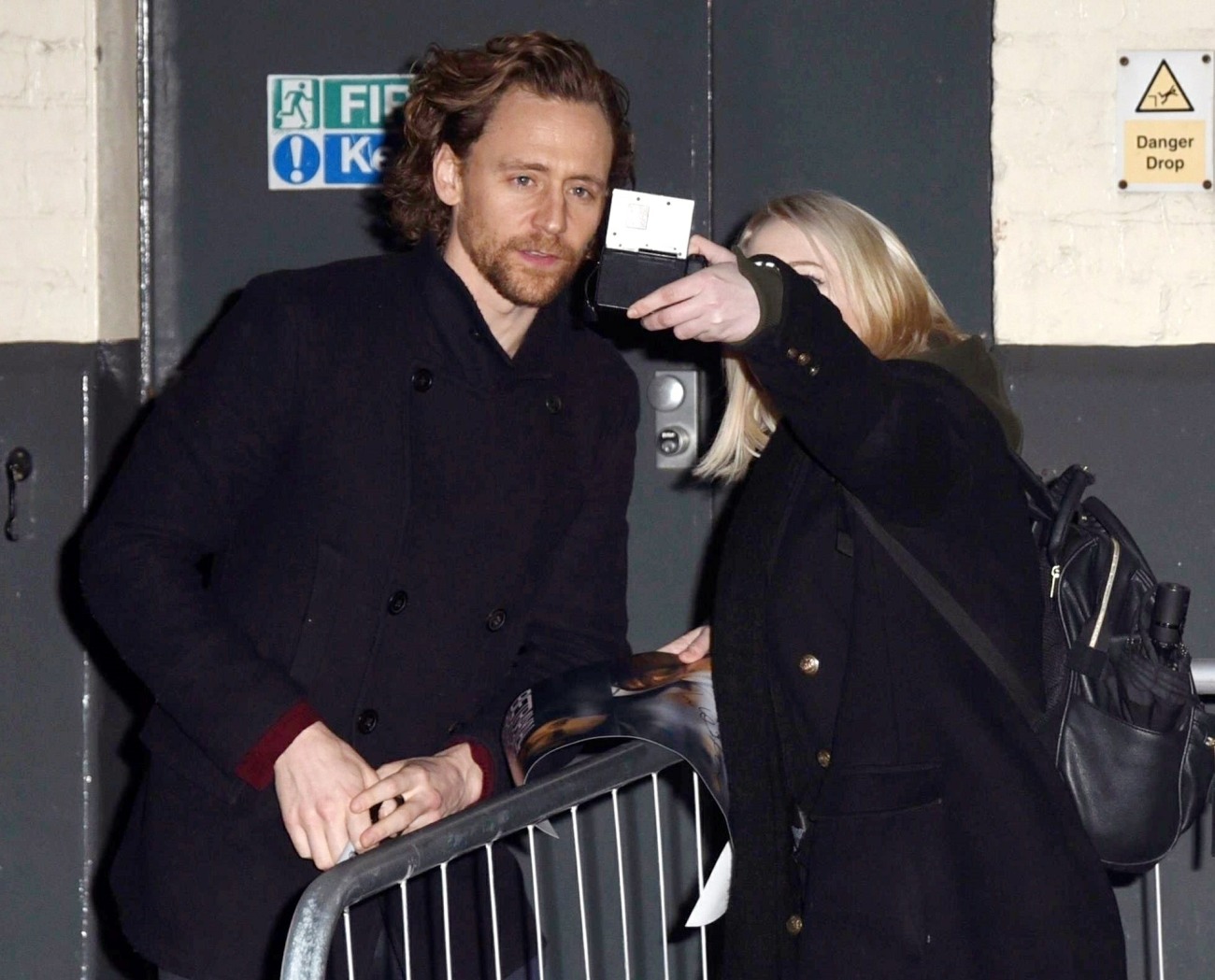 I forgot that Tom Hiddleston is doing a play right now. Opening night on Betrayal was last week, and the play runs through June 1st. Tom has been so quiet now for months, and I’m not even aware of him doing much – if any? – press around this play. Like, are there any interviews? Did he do anything other than walk his dog and get pap’d?

Anyway, I came across these photos of Tom exiting the theatre and look, they set up barricades and Tom happily posed with some fans, how nice. But just FYI – whenever Benedict Cumberbatch did a play, every night there were hundreds of people waiting for him at the stage door. Tom looks like he maybe gets a dozen. Plus, it looks like this play isn’t great? The Spectator ran an absolutely savage review, the title of which is “Watch Tom Hiddleston ruin Pinter’s finest play.” There are complaints about the weird staging and lighting choices. But the Spectator saves the worst criticisms for the cast:

This is Pinter’s finest work, a tense romantic tragedy with flashes of comic fireworks, and it differs from the rest of his output by revealing its themes directly to the audience, by delivering an intelligible plot full of suspense and surprises, by focusing relentlessly on the human duel at its core, and by never relapsing into obscurities or screeds of reminiscence spoken by dotty vagabonds. Every syllable contributes to the whole, and a successful version can throw a spell over an audience like a session of hypnosis.

The casting in Jamie Lloyd’s production is less than ideal. Charlie Cox, with his choirboy cheeks and starter beard, seems far too nice to play the hotshot literary agent Jerry, who casually seduces other men’s wives while brokering movie deals in London and New York. He looks like an oboe teacher. Robert is played by Tom Hiddleston whose abiding characteristic, as usual, is a pained vacancy. He has the air of Errol Flynn’s not-so-handsome cousin hired to do a spot of modelling. He saunters through the role with his limbs nicely displayed in expensive togs but he can’t find the outrage, the boiling hurt, the stifled aggression of the dethroned lover. He even misses the right notes in the famous confession scene (‘the Italians… in their laughing Mediterranean way’) where his wife admits to years of infidelity. This is Pinter’s writing at its most exquisite, but Hiddleston delivers the lines in a tone of injured puzzlement as if recalling an iffy penalty decision during Arsenal’s last away game.

“…Tom Hiddleston whose abiding characteristic, as usual, is a pained vacancy.” OUCH. “Errol Flynn’s not-so-handsome cousin hired to do a spot of modelling.” WOOF. “Hiddleston delivers the lines in a tone of injured puzzlement as if recalling an iffy penalty decision during Arsenal’s last away game.” OMG. I probably got more enjoyment out of this review than people got from actually going to the play.

Update: Oh, Dragonflies, I apologize. I really couldn’t find a story to go with these photos and so I latched onto this recent review. My bad. 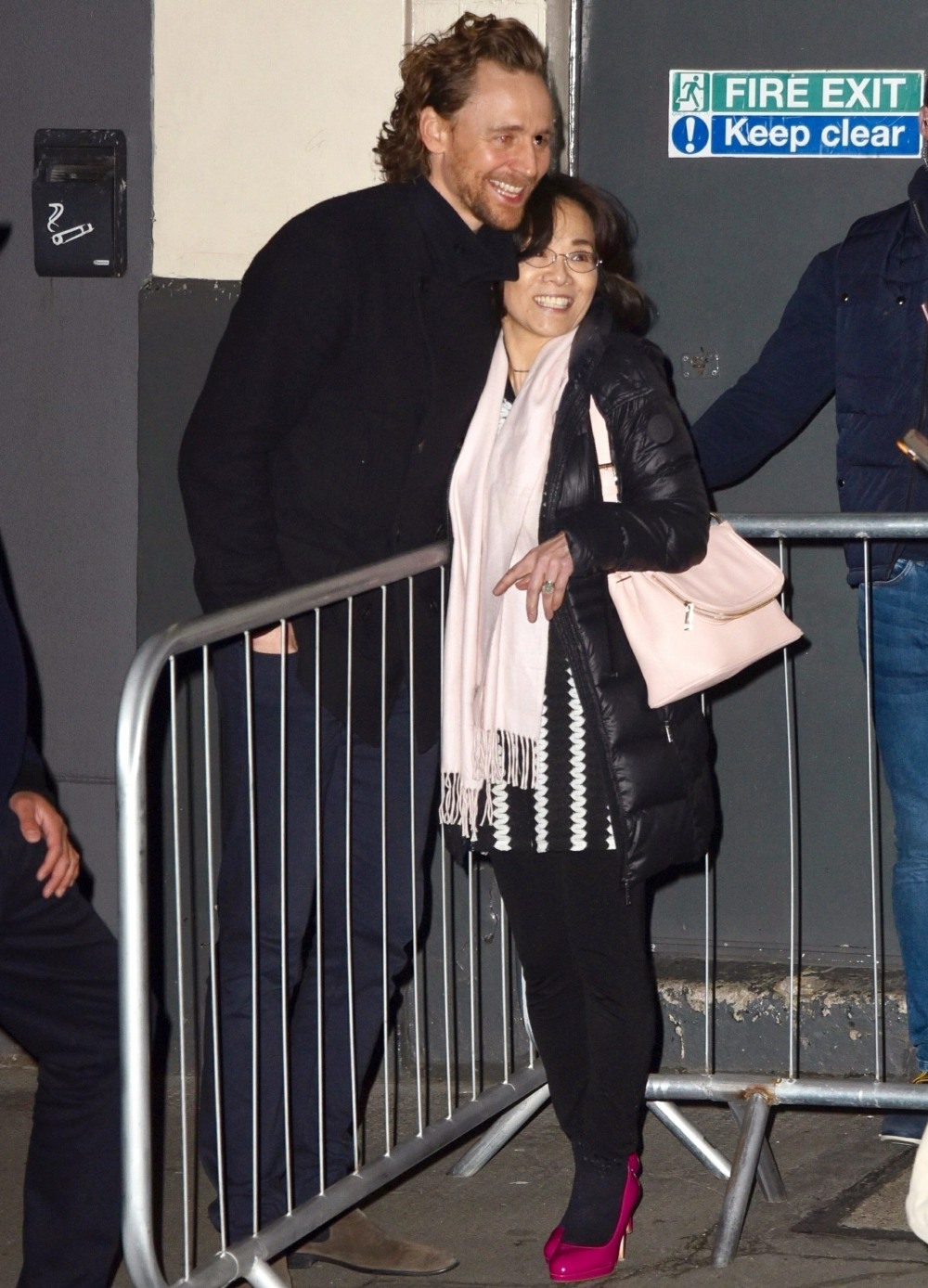