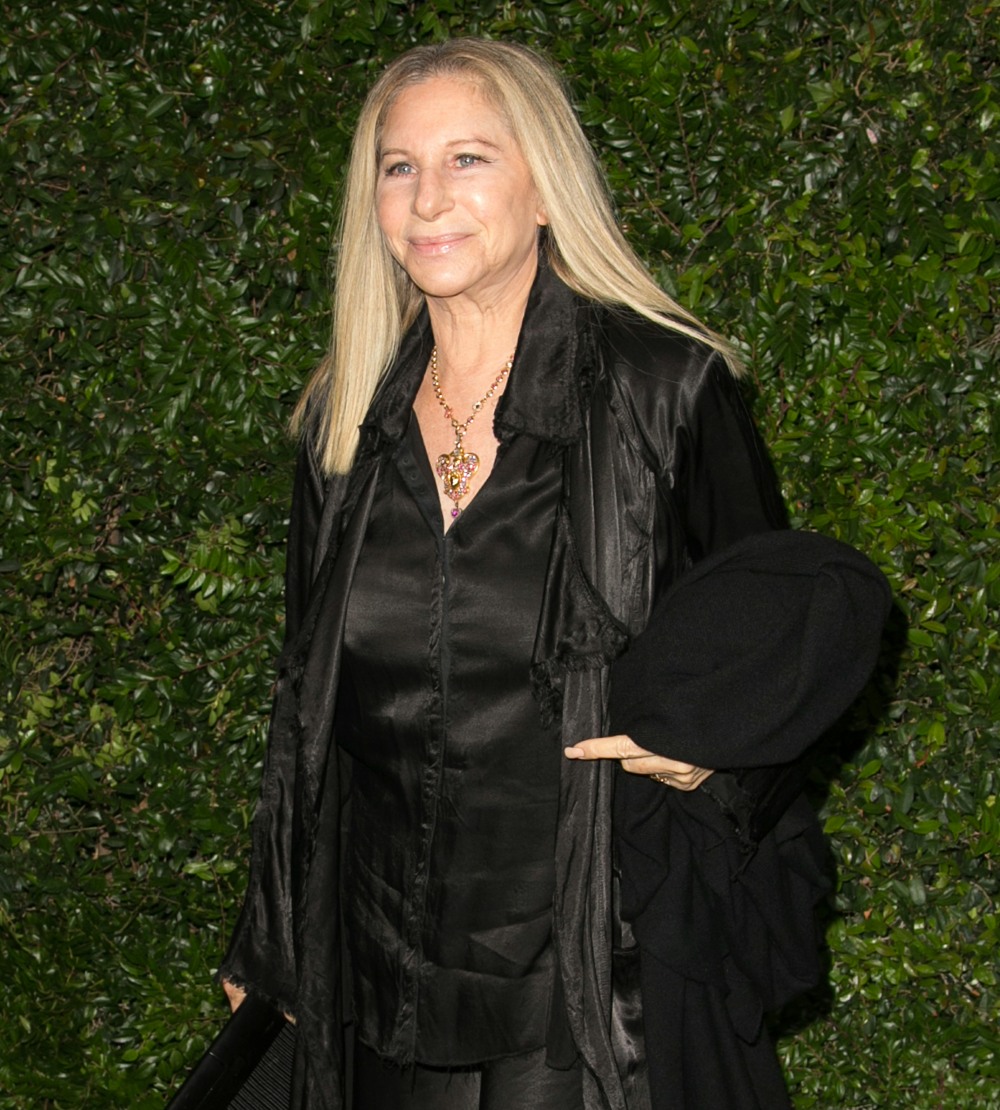 Things I wish I could unsee: all of these quotes from Barbra Streisand. Streisand was doing good for a while – she turned up at the Oscars and befriended Spike Lee. It felt like Barbra was chilled out and just enjoying life. But then she has to butt into a discussion she really shouldn’t have. The discussion is “Michael Jackson was a serial child molester, and we’ve always known that.” Certainly people of Barbra’s generation knew that too. The thing is, Barbra isn’t DENYING that. She believes that MJ was a child molester. She just thinks it’s the fault of the victims’ parents, and then she shrugged off the physical and emotional abuse those kids dealt with because, in her words, “it didn’t kill them.” Wade Robson and James Safechuck were 7 and 10 years old when MJ molested them. And Babs is all *shrug* about it. The quotes from her Times interview:

Whether she believes MJ’s victims: She says that she believes Wade Robson and James Safechuck, who allege in the documentary that they were abused by Jackson as children. “Oh absolutely. That was too painful.”

Her thoughts on Michael Jackson: Streisand says that on the occasions she met Jackson, he was “very sweet, very childlike.” But despite the material being painful to watch, she seems to have some sympathy for the late pop star. “His sexual needs were his sexual needs, coming from whatever childhood he has or whatever DNA he has,” she told the Times.

On his victims: “You can say ‘molested,’ but those children, as you heard them say [the grown-up Robson and Safechuk], they were thrilled to be there. They both married and they both have children, so it didn’t kill them.”

Whether she feels anger towards MJ: “It’s a combination of feelings. I feel bad for the children. I feel bad for him. I blame, I guess, the parents, who would allow their children to sleep with him. Why would Michael need these little children dressed like him and in the shows and the dancing and the hats?”

On the MeToo movement: She calls it “very powerful.” But she says, “Unfortunately, it’s going to cause a lot of women not being hired because men are worried they’ll be attacked.” The interviewer explains that she seems to mean that the men will be worried about being accused of sexual impropriety.

This is the part which I found the most horrifying: “His sexual needs were his sexual needs, coming from whatever childhood he has or whatever DNA he has.” No. It’s just wrong on so many levels – she’s treating MJ’s pedophilia as if it was just “unconventional” rather than a severe criminal perversion. Of course I also found the “they were thrilled to be there” and “it didn’t kill them” statement to be equally terrifying too – they were CHILDREN. They were traumatized for YEARS. They still carry those emotional scars. Anyway, Streisand came out with a clarification after everyone freaked out about this interview:

“To be crystal clear, there is no situation or circumstance where it is OK for the innocence of children to be taken advantage of by anyone. The stories these two young men shared were painful to hear, and I feel nothing but sympathy for them. The single most important role of being a parent is to protect their children. It’s clear that the parents of the two young men were also victimized and seduced by fame and fantasy.”

“I am profoundly sorry for any pain or misunderstanding I caused by not choosing my words more carefully about Michael Jackson and his victims, because the words as printed do not reflect my true feelings. I didn’t mean to dismiss the trauma these boys experienced in any way. Like all survivors of sexual assault, they will have to carry this for the rest of their lives. I feel deep remorse and I hope that James and Wade know that I truly respect and admire them for speaking their truth.”

That statement still doesn’t address the most problematic parts of her interview, but sure, I also agree that MJ’s victims’ parents were at fault too. You could make the argument that seducing the parents was also part of Michael Jackson’s grooming of his victims, and he selected his victims based on how easily he could manipulate not only the children, but their parents too. That still doesn’t excuse many of the choices the parents made though. Ugh. Streisand is hoping we’ll just focus on that aspect of her interview rather than her *shrug* about pedophilia. 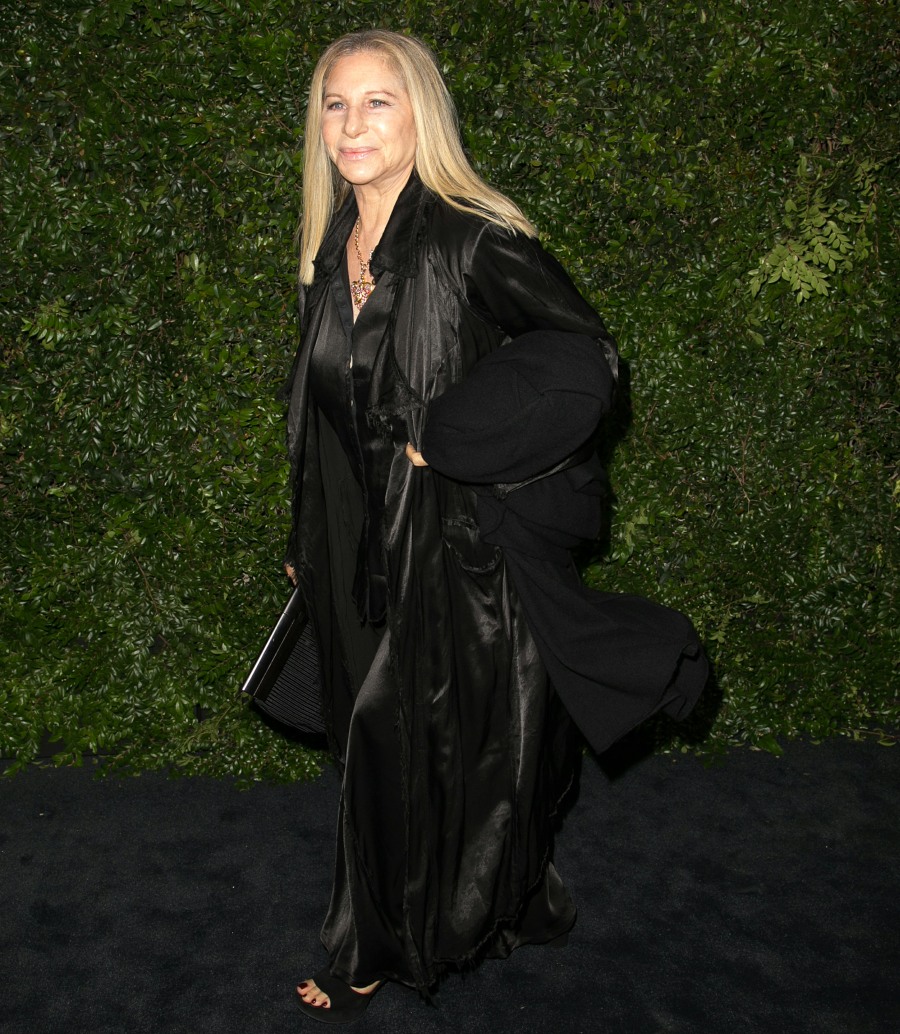