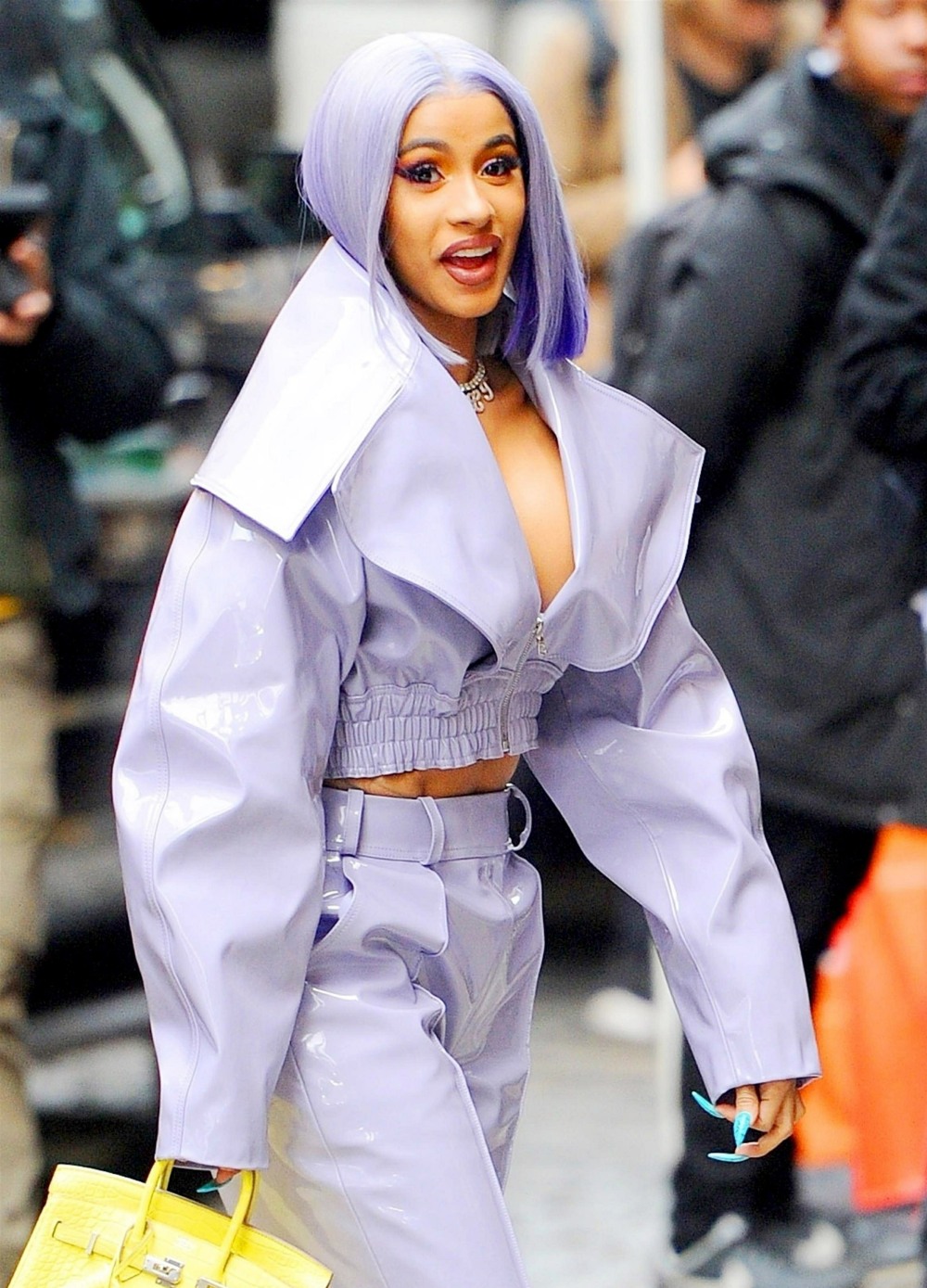 Cardi B has never hidden the fact that she was a major hustler in her early days. She was a stripper, she was in a gang, she did anything and everything to support herself and her family. She hustled her way onto a reality show, and then hustled her way into a music career. So it’s weird that Cardi’s honesty is, like, coming back to haunt her? Apparently, three years ago, Cardi admitted in an Instagram Live video that in her early days she used to drug and rob men. Which… okay. That’s something in her past, which she already talked about. But people rediscovered the Instagram Live video, so now Cardi had to talk about it in greater detail:

After a video surfaced of Cardi B admitting to robbing and drugging men, the singer is explaining herself. In the clip from an Instagram Live recorded three years ago, the rapper said, “I had to go strip, I had to go, ‘Oh yeah, you want to f–k me? Yeah, yeah, yeah, let’s go back to this hotel,’ and I drugged n—–s up, and I robbed them. That’s what I used to do,” (via Hip Hop Ratchet) she explained.

After horrified social media users responded to the 26-year-old star’s confession with the hashtag #SurvivingCardiB (in reference to the R. Kelly documentary “Surviving R. Kelly”) Cardi took to Instagram to explain her actions.

“So I’m seeing on social media that [an Instagram] live I did 3 years ago has popped back up. A live where I talked about things I had to do in my past right or wrong that I felt I needed to do to make a living,” she wrote in a post on Tuesday. “I never claim (sic) to be perfect or come from a perfect world wit (sic) a perfect past I always speak my truth I always own my s–t.”

The star said that while many artists glorify violence and crime, that was never her style.

“There are rappers that glorify murder violence drugs an (sic) robbing. Crimes they feel they had to do to survive,” she said. “I never glorified the things I brought up in that live I never even put those things in my music because I’m not proud of it and feel responsibility not to glorify it.”

“I made the choices that I did at the time because I had very limited options. I was blessed to have been able to rise from that but so many women have not,” she said. “Whether or not they were poor choices at the time I did what I had to do to survive.”

And the Bronx native clarified that all the men she referred to in the clip were men who she was dating and she claims they knew what she was doing. “The men I spoke about in my life were men that I dated that I was involved with men that [they] were conscious willing and aware,” she said. “I have a past that I can’t change we all do.” She continued, “all I can do now is be a better me for myself my family and my future.”

The only part I don’t believe is that she was dating the men she robbed, but it occurred to me that perhaps Cardi was speaking about how she would never drug a guy and sexually assault him, that she was just drugging dudes and robbing them. Which I believe – Cardi wasn’t doing any of this for sexual kicks. She was probably talking about robbing the guys who thought that because she was a stripper, she was also a prostitute, so she hustled them, drugged them and stole their money. She’s also right that she’s never glorified this sh-t. I don’t know… everybody’s got a past. 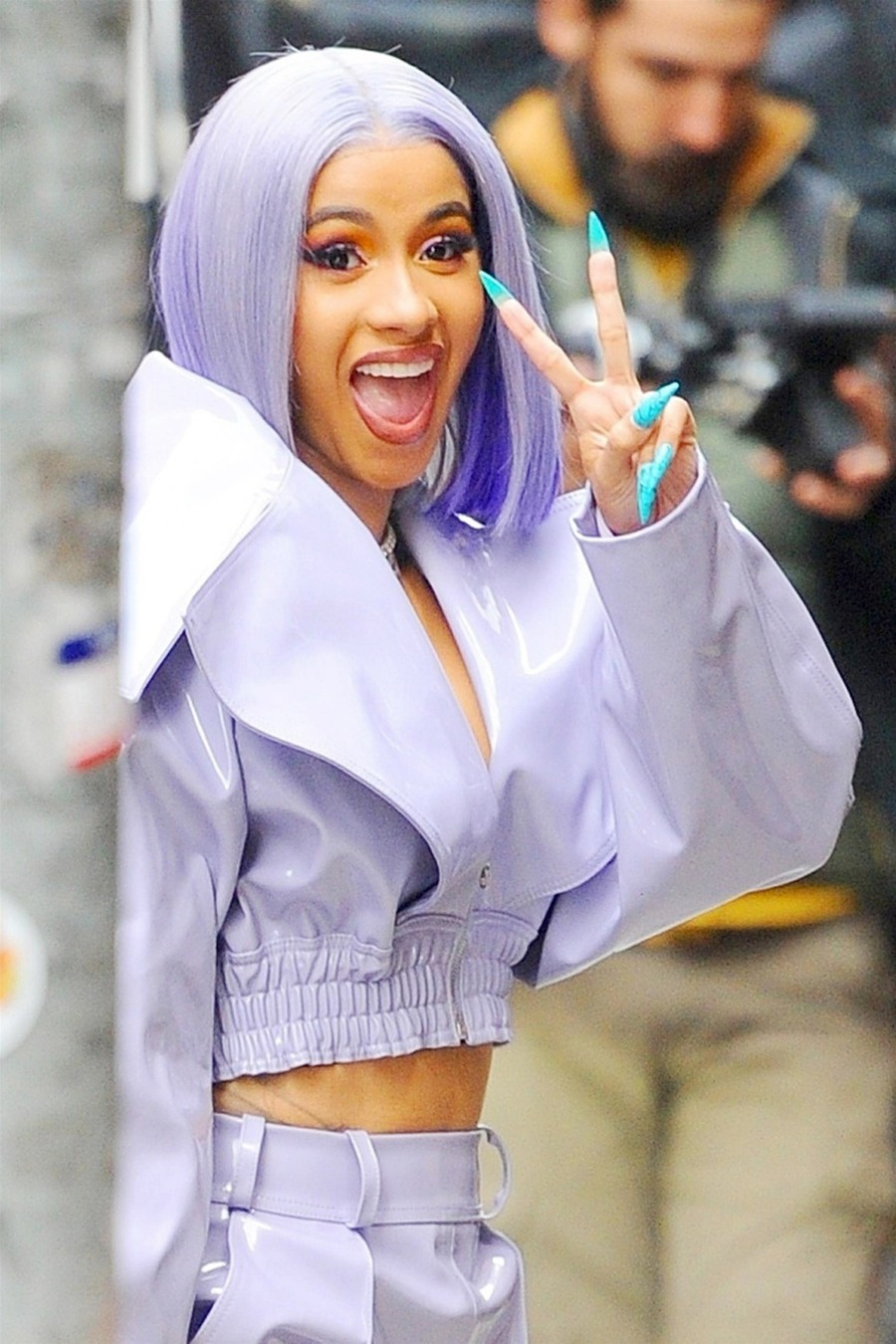