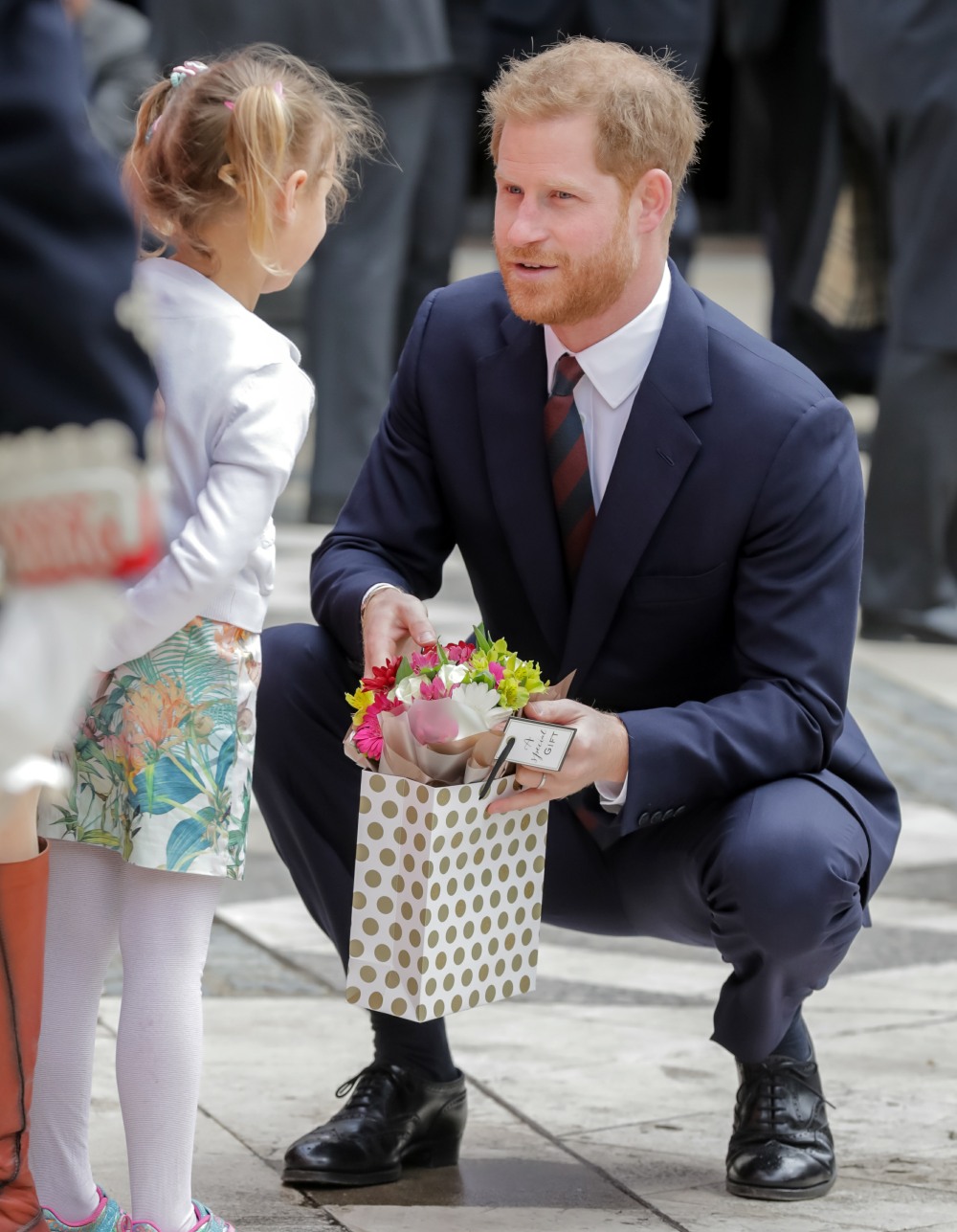 Oprah Winfrey attended Prince Harry and Meghan Markle’s wedding last year. I still believe that Oprah didn’t really know Meghan, but when the royal engagement came out, Oprah befriended Doria Ragland. They reportedly hung out at Oprah’s California estate and did yoga and talked. For a while, the British tabloids claimed that Doria would give her first interview to Oprah, but that never happened. Doria seems to understand that giving interviews would be seen as selling out her daughter. And Oprah hasn’t pressed either – Oprah never went on and on about her royal connections. So because Oprah kept the faith, she’s being rewarded with another royal association: Prince Harry is participating in Oprah’s new Apple TV series on mental health. The Sussexes even got to announce the participation on their Instagram:

We are excited to announce that The Duke of Sussex and Oprah Winfrey are partners, co-creators and executive producers on their forthcoming mental health series launching on Apple in 2020. The pair have been developing the series for several months and are looking forward to sharing such an important project on this global platform.

The dynamic multi-part documentary series will focus on both mental illness and mental wellness, inspiring viewers to have an honest conversation about the challenges each of us faces, and how to equip ourselves with the tools to not simply survive, but to thrive.

This commitment builds on The Duke of Sussex’s long-standing work on issues and initiatives regarding mental health, where he has candidly shared personal experience and advocated for those who silently suffer, empowering them to get the help and support they deserve.

His Royal Highness has spent many years working with communities throughout the UK and young people across the Commonwealth to break the stigma surrounding mental illness and broaden the conversation of mental wellness to accelerate change for a more compassionate, connected and positive society.

Quote from HRH: “I truly believe that good mental health – mental fitness – is the key to powerful leadership, productive communities and a purpose-driven self. It is a huge responsibility to get this right as we bring you the facts, the science and the awareness of a subject that is so relevant during these times. Our hope is that this series will be positive, enlightening and inclusive – sharing global stories of unparalleled human spirit fighting back from the darkest places, and the opportunity for us to understand ourselves and those around us better. I am incredibly proud to be working alongside Oprah on this vital series.”

I mean… LMAO, this is so good. “The pair have been developing the series for several months…” meanwhile we still have no f–king clue what Duchess Kate’s big mental health initiative is, even though that’s been hyped for the better part of seven months. In that time, Harry has found a way to secretly executive produce a show about mental health with OPRAH. It’s so delicious, my lord. These are big names, global names that the Sussexes are associating themselves with. Oprah, Tim Cook (aka “Tim Apple”). The series will also have cameos from Reese Witherspoon (who loves royalty), Jennifer Aniston, JJ Abrams and more. THR says Oprah is getting into bed with Apple TV in a big way in coming years too – she’s partnered with them for another docuseries, Toxic Labor, an Oprah Book Club series and tons more.

But sure, tell me again how Harry and Meghan are just going to disappear after Polo Baby is born. Also: Oprah AND Michael B. Jordan slid into the comments on the Sussexes’ Instagram: 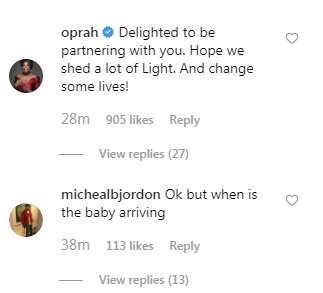 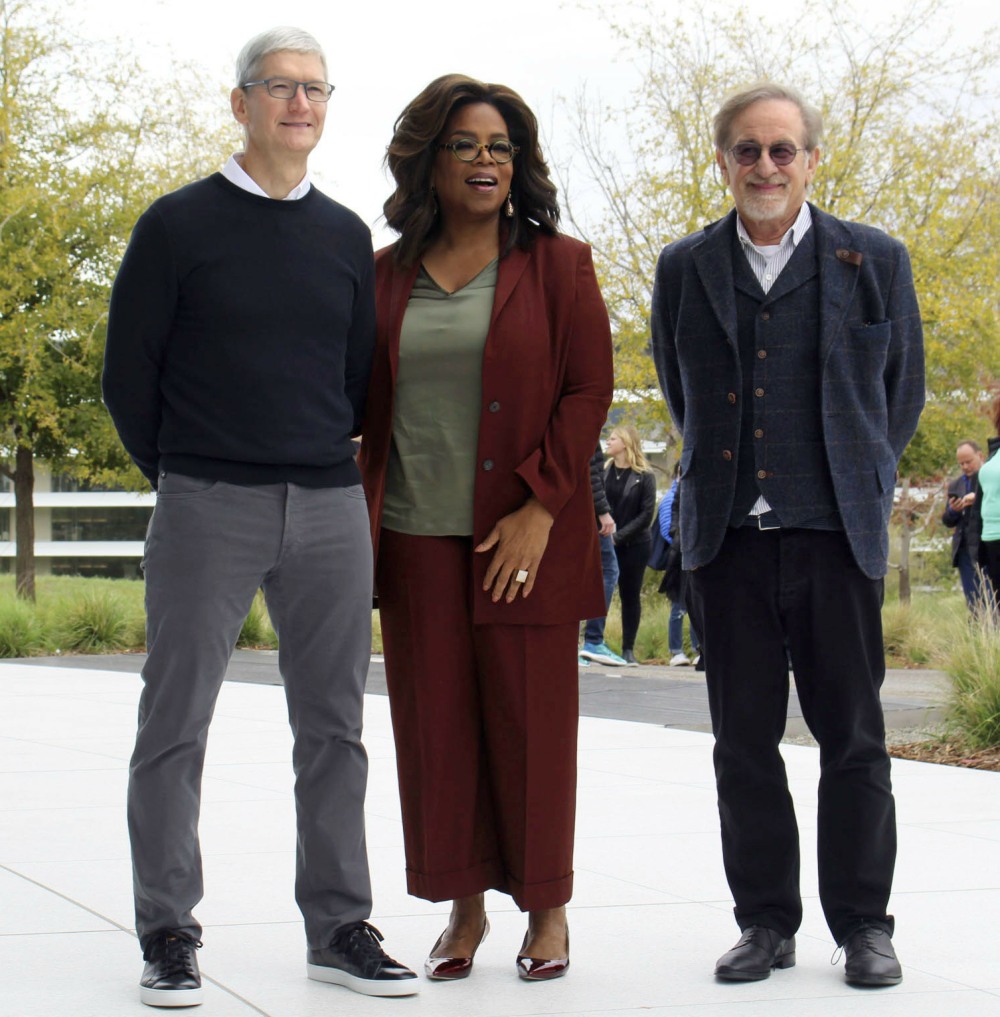