Danai Gurira walks her dog while carrying a sword, which scares people


Embed from Getty Images
Danai Gurira is promoting Avengers: Endgame, which needs no promotion, and she’s also still in The Walking Dead, which is good of her. I feel like she could have left that show a while ago considering how her career has skyrocketed but she’s a professional and waited it out. There are legitimate reports that her character, Michonne, is leaving next season (the ninth season just ended), but she wouldn’t confirm or deny that to Jimmy Kimmel. Kimmel also tried to get some Avengers spoilers but she wasn’t having it. She did tell a funny story about carrying a sword when she was walking her dog. She wasn’t method acting! She saw a coyote when out with her dog, whom she described as an 18 pound mutt, and started carrying the sword to protect him as she had plenty around. It wasn’t until another dog owner avoided her that she realized how much she was channeling Michonne.

I walk my dog too late at night. He’s like an 18 pound rescue mutt. He’s tough but he’s small. I have never seen one in my life and there is a coyote standing like half a block away. I run up to my house. I looked it up online. [They recommended] pepper spray or like a big rock. In my house there are many practice swords. They are made out of wood or very hard plastic. I was like ‘OK, this is how I’m walking him because I know how to use this thing.’

From then on I’m walking my dog, Poppy, and I have a sword in my hand. I hide it when I get to a main road. There’s one time this guy did see me. His dog saw my dog and they wanted to play and then he saw what was in his hand [and called his dog Abigail back]. I’m like ‘dude, I would have fought for Abigail too.’

Then she said when her dog was doing his business she holds the sword and scans the area for coyotes. That story is so cute! I would have liked it to end with the guy recognizing her but she looks different than Michonne with the hair and not everyone knows that show. She doesn’t seem like the type to embellish stories either. Danai keeps her personal life private and we don’t hear much about her love life or if she has a significant other. I checked her Instagram and she doesn’t even post photos of her dog! At least give us that, come on. Also I scrolled far enough back to see photos of her campaigning for Hillary and I started crying. Just take me back for a day please. I would like to be oblivious to this new reality. 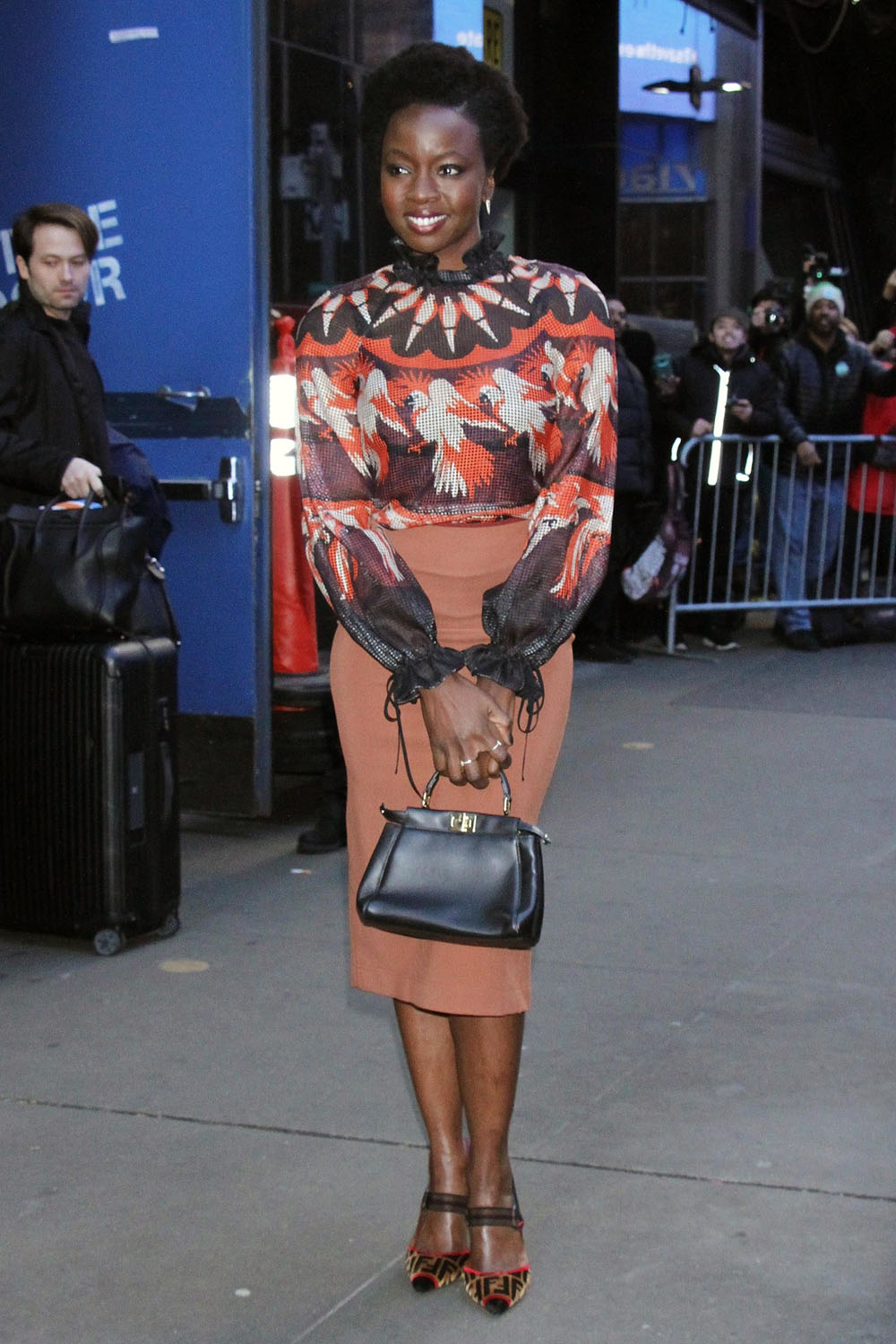 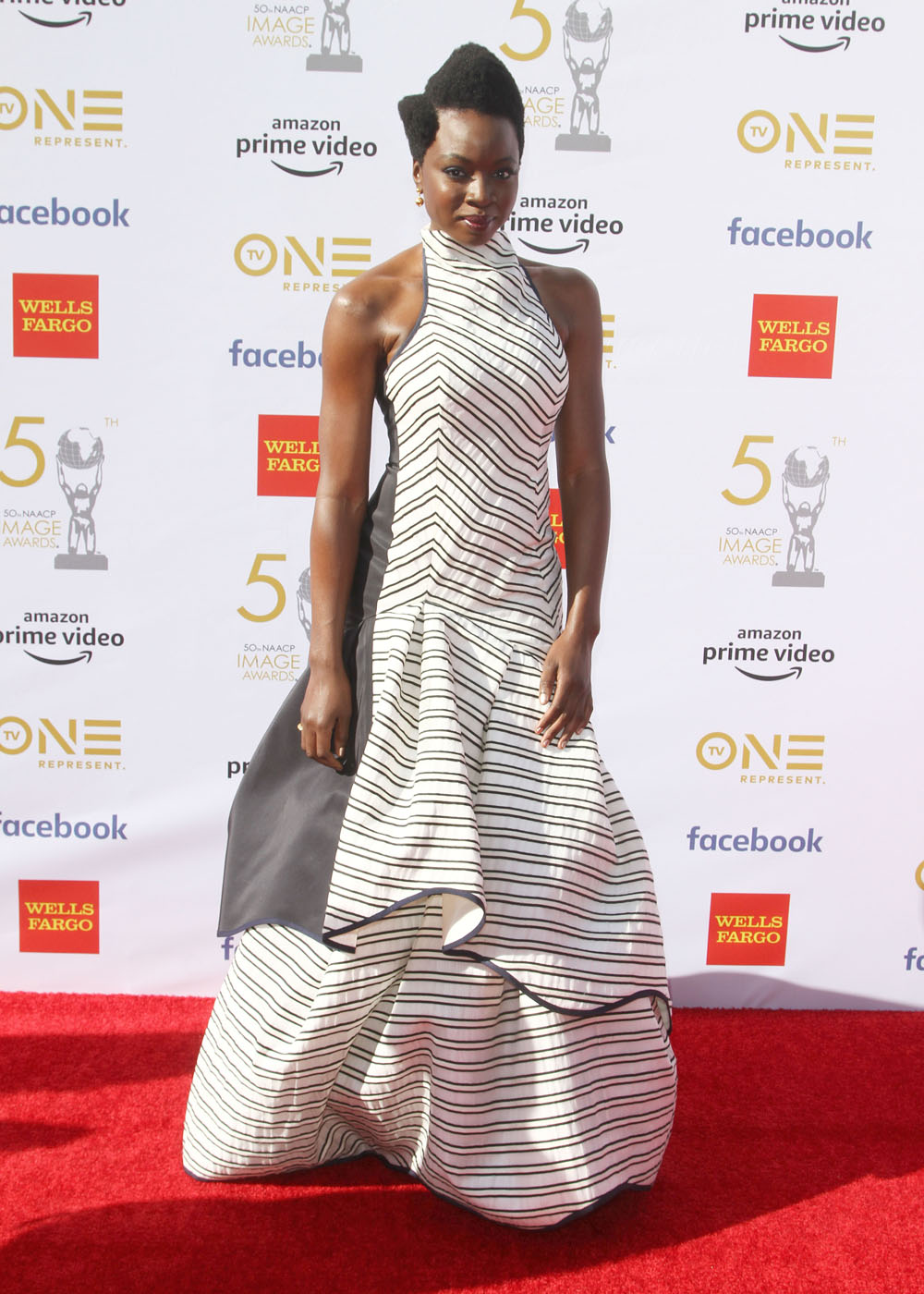 20 Responses to “Danai Gurira walks her dog while carrying a sword, which scares people”