The Golden Poppy is the California State Flower. Growing up, my mother told us it was illegal to touch a poppy. That’s not exactly true, my mom embellished a lot to keep us in line. So, like most Californians raised under hyperbolic mothers, I am pretty precious about our poppies. This year is an amazing year for wildflowers. The Antelope Valley California Poppy Reserve (AVCPA) is currently in the middle of a super bloom, which means the hillsides are blanketed with vibrant poppies. Super blooms don’t happen every year, sometimes we’ll only get one in a decade. It’s a stunning spectacle. AVCPR is about an hour and a half outside of Los Angeles. So it’s close enough for folks in LA to escape and soak in the beauty of the natural world. Unfortunately, it’s also within reach of social media influencers to exploit and destroy for the purpose of gaining likes. Vice News posted a four-minute documentary on how Instagrammers are flocking to the fields but blatantly disregarding the park’s rules to get the perfect IG shot. But the best part is their denunciation of the others doing the exact same thing because clearly they don’t respect the poppies!

Some of the comments from the Instagrammers in the video are priceless:

Vladonna Rose: The look that we’re going for is, like, Hunger Games realness almost, you know?

Edda Manriquez: Uhm, so, I was kind of going for a fairy-esque, ‘90s grunge, cloud person

Dana White: So, we came out her because I wanted to get into doing more stuff that was outdoorsy in LA because being downtown LA, you don’t do that as much.

Breyona: Kind of like the photos of being one with the earth and kind of being more natural kind of blending in almost like seemingly like you’re coming out of the ground with the flowers

Emma Dewing: Everyone from LA is taking these Instagram shots so that kind of like, made me a little bit cringey about the idea of taking photos but then I’m looking at the flowers and am like, they’re so pretty, I should put on a dress and be like everyone else!

Breyona: Cuz it’s kind of sad to see a flower die under your foot

Jenny: I was actually, maybe this is like neurotic of me, but I was thinking about the caption I was going to write as I was coming up here…

Breyona: Don’t step on the flowers!

Gillette Barton: I mean people have been generally on the trails or, like, walking on the paths. And we were very protective of where we put, like, any of our stuff because we don’t want to ruin it. But I just feel like people won’t, ultimately, be that respectful, though. Because they want to get the shot

Not that I don’t think Grungey Cloud People shouldn’t be shown in a natural light, but these people are so head-smackingly oblivious that it’s humorous, but it’s also not. Every poppy crushed will not grow back in that spot for some time, if at all. So we are showing our appreciation for experiencing this super bloom by literally stomping it out from happening again. And the folks responsible don’t quite seem to get it, even though the rules are posted on the AVCPA’s website, at the park and, as you saw in the doc, rangers are literally shouting them at people. Vice does a good job showing the hypocrisy by playing these comments of empty concern while the video shows each one actually crushing the poppies they claim to protect.

I appreciate the park trying to speak the locals language by coming up with their own hashtag. #DontDoomtheBloom is catchy, but clearly not as effective as they’d hope. Since I don’t work for the state and am not obligated to be entirely truthful, I have a different idea, one my mother would approve of. At the mouth of the trail, slap a photo of a big ol’ Diamondback rattlesnake, preferably sunning itself naked in the poppy field and in giant letters below put the hashtag: #RattlersLovePoppiesEvenMorethanYou. There’s your Hunger Games vibe, y’all.

Thanks to OMG Blog for posting this video 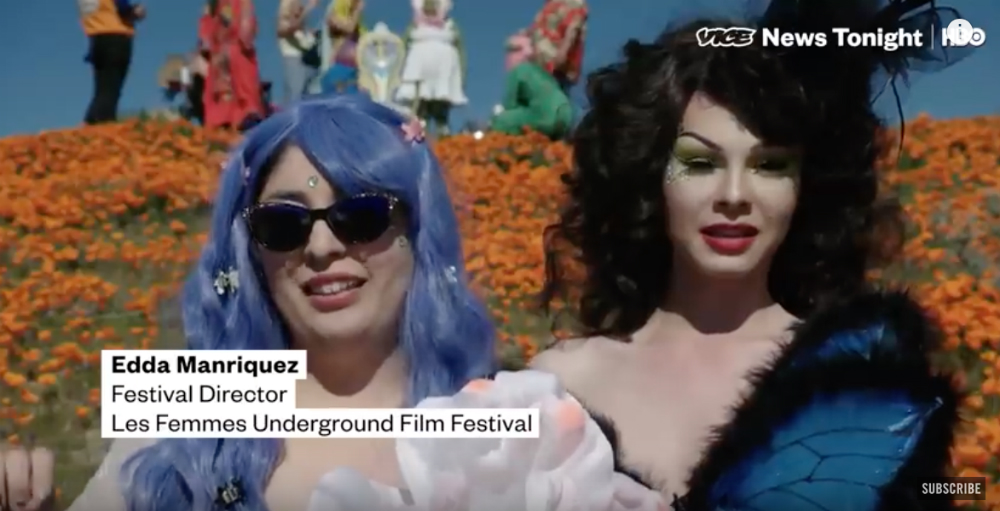 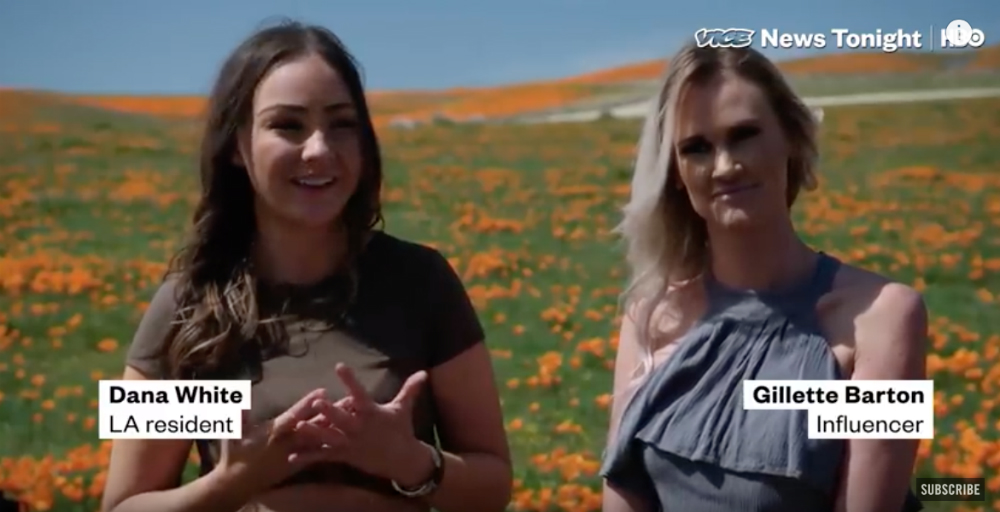 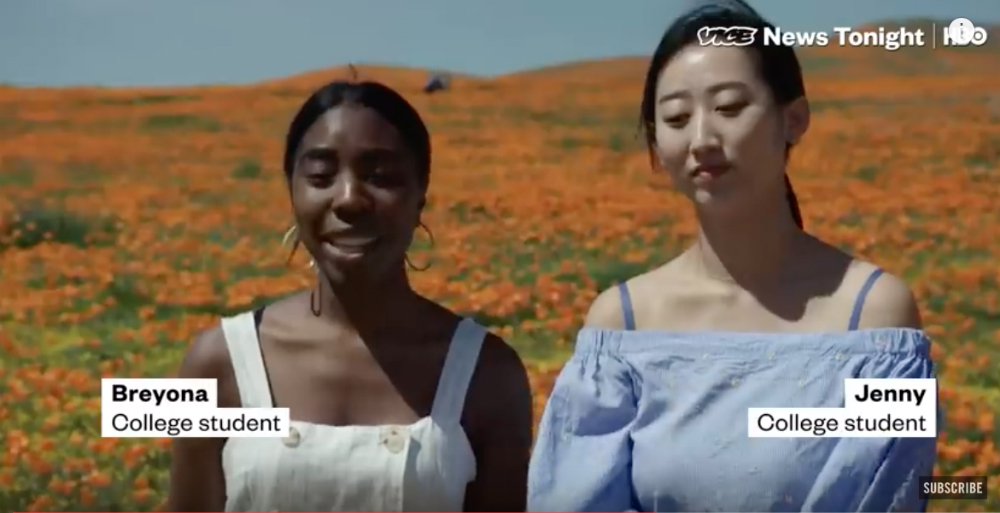 OMG, so much nature, you guys! 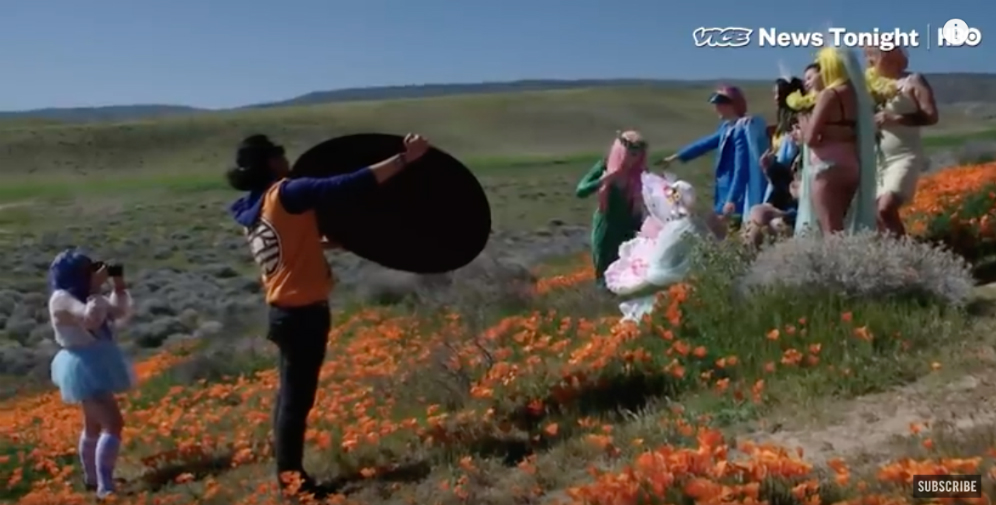 Photo credit: Vice News and Instagram. Thanks to OMG Blog for the tip!