Sting: I never believed in ghosts until I lived in a haunted house

CB sent me the story this morning because she knows I love ghosts (thanks CB!) Sting appeared on The Tonight Show to promote not only his new album, My Songs, but his Las Vegas residency. Somehow, I completely missed the Vegas announcement last week, but starting in May 2020, Sting will be at Caesar’s Palace for a four-month residency. I might in fact make a trip to Vegas for that. As Jimmy Fallon was introducing the album, he paused after If You Love Somebody, Set Them Free to clarify that it was inspired by a haunted house – that Sting lived in!

I love every one of these songs: Desert Rose, If You Love Somebody, Set Them Free, which I heard was written in a haunted house – is that true?

I lived in a haunted house in north London for a very long time. I never believed in ghosts, I was very skeptical about it, until I lived with them. You would wake up in the morning and everything had been reorganized in the kitchen. Furniture was different placed, bottles were smashed, plates were smashed on the floor. And one night, I woke up, and I saw Trudie standing in the corner with our child and I was wondering why she was staring at me. And then I reached over and there was Trudie. And then she went, “who’s that?!” We both saw this woman and a child in the corner of our room. Then we found out, it used to be a pub called The Three Ducks, in the 17th Century. And I don’t know what happened there, but it was a very, very weird atmosphere. And then when I sold the house, it kept being resold every few months. I liked the ghosts, I enjoyed their company.

I grew up with two prominent ghosts: the adult spirit in the house I was raised and the little girl specter in my aunt and uncle’s Tahoe cabin. The ghost that lived with us was very religious. It (I don’t know if it was male or female) would change our radio to a Baptist music station while we were listening to them (as in, it was the 70s and you could see the dial moving). It turned down any music we played that wasn’t classical. It also knocked over glasses, but only if they had alcohol in them. And that’s just the stuff it did consistently. Sting said he was too scared to talk to the ghosts, but I would talk to ours all the time. I shouted at it one time for turning down a Duran Duran record I was listening to and the next time I went to play it, there was a large scratch through three songs. I still have the record. By the end of my time in that house, I’d apologize to the Baptist Ghost every time I swore. These days, I work with a possessed doll from my youth on my desk. If I put her somewhere she doesn’t want to be without something to play with, my life becomes chaotic. If I bring her back out to where I am or give her her favorite teddy bear, things fall back into place. I love this stuff and am so glad Sting and I have something to chat about when I come to see him in Vegas.

Hand to God, just last night, the Professor and I were discussing The Police concert we attended at Dodger Stadium. I said the reason I loved it so much was because all the songs were performed differently than they’d been recorded. Talking with Fallon, Sting explained that the reason he’d recorded different versions of his familiar songs for My Songs is because he sees the first recording of a song as, “the starting point.” He goes on to say that after singing these songs so many times, he tries to find something new about them. Plus, he wants the song to evolve with his voice and new instrument and recording technologies. That is exactly why I loved the concert as much as I did. But the topic came up randomly last night while we were debating getting Elvis Costello tickets and this AM I am listing to Sting explain the very point I was trying to make last night. It’s – dare I say – spooky. 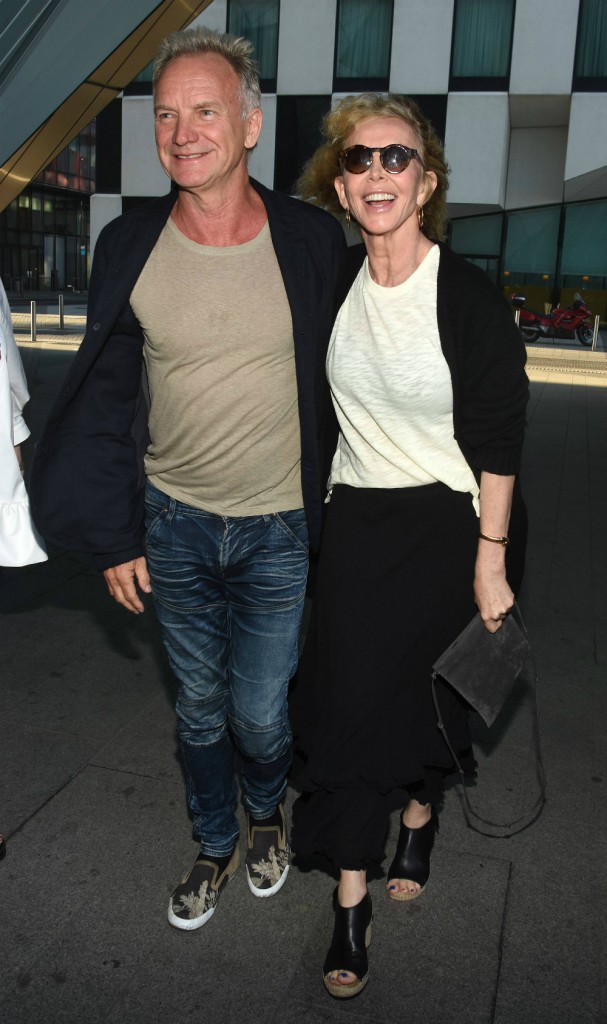 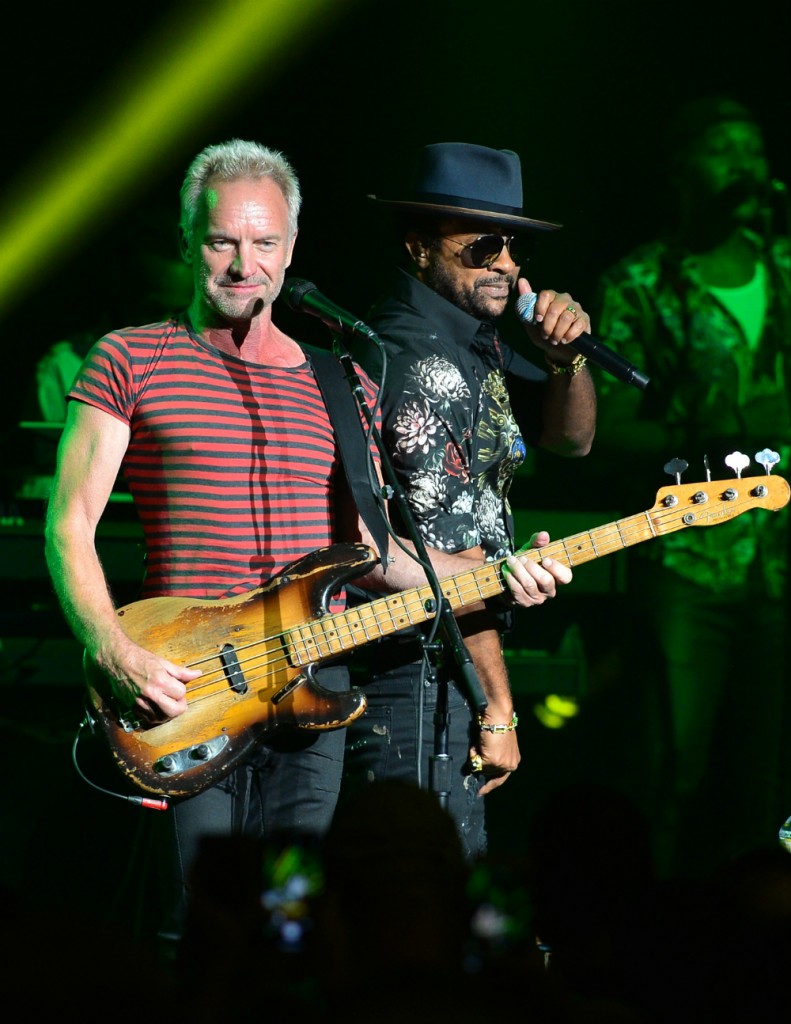 95 Responses to “Sting: I never believed in ghosts until I lived in a haunted house”