Oprah on wanting spiritual programming on OWN: ‘I was delusional’ 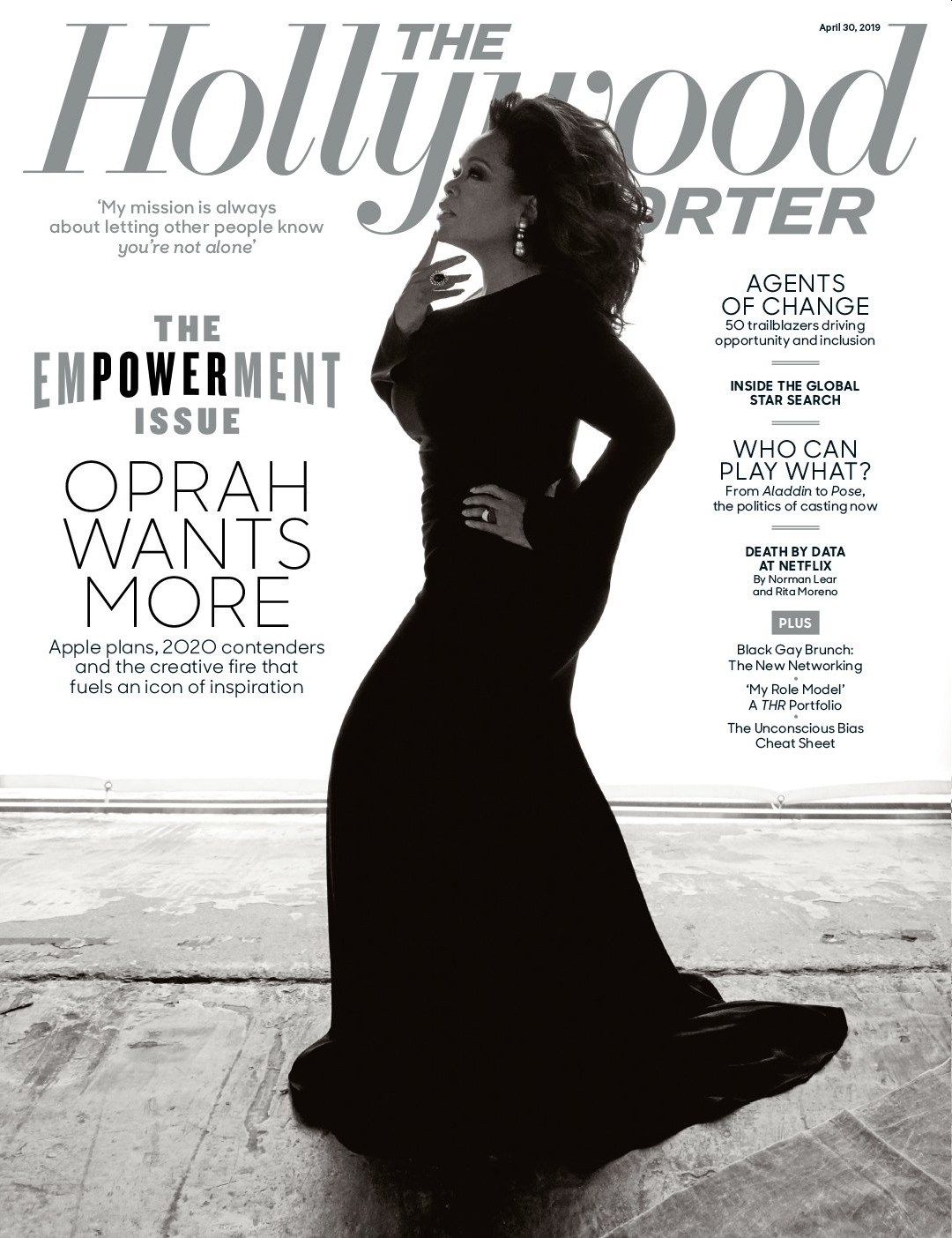 I wish I could properly describe how much I enjoyed Oprah’s cover interview with The Hollywood Reporter. It’s not that Oprah says brilliant quote after brilliant quote, it’s just HER MIND. The way she processes things, the casual way she flexes her power mid-interview and then in the next breath, she is humble enough to admit only recently learning some business lesson. She talks about politics, Michael Jackson and Me Too and her huge new deal with Apple TV and why she bought a private plane. She basically says everyone at CBS is an a–hole except for Gayle King. She decimates Beto O’Rourke in a few sentences and jokes about Pete Buttigieg’s name. She’s epic and this is an epic read. I would honestly suggest that you get a cup of coffee and just spend the 30 minutes really absorbing Oprah’s awesomeness. Some highlights:

What she knows about politics in Trump’s America: “I know that there is an underlying level of discontent and dissatisfaction that was stronger than anything I could’ve imagined. Had I been doing the Oprah show at the time of the 2016 election, I wouldn’t have been the least bit surprised by the outcome because every day that audience was my focus group on the world — every day they came from red states and blue states with every kind of belief system, gathered together in this communal moment of the Oprah show. And the best time for me was not the show but after the show, talking to all those people. So I would’ve known and felt and heard it in a different way and I would not have been surprised on election night….It’s all backseat driving now, but I would’ve applied what I was hearing to the kinds of shows that we were doing. I would’ve brought whatever that was into the forefront in a way that the polls couldn’t do or weekly newsmagazine shows can’t do. I wouldn’t have been like, “Whoa, I didn’t know everyone was that mad.”

On Pete Buttigieg: “Right now, I’m studying the field. I’m reading Shortest Way Home by [Pete Buttigieg], I call him Buttabeep, Buttaboop. (Laughs.) The name’s either going to really hurt or [really help] — I think it’s going to help, actually. Just the other day, I was at Apple with Spielberg and we were in the hallway talking about, (employing a dramatic voice) “What are we going to do?” And I said, “Have you heard of this Butta guy?” He goes, “No, Butta-who?” I go, “Buttabeep, Buttaboop. Look him up.”

Whether she begged Beto O’Rourke to run: “Oh, I do not think I practically begged him. When I read that, I thought, “That’s not accurate.” What I was practically begging for is, “Will you tell me if you’re going to [run] in this moment right now?” Even backstage, I was saying, “Well, when you are going to do it, will you let me know you’re going to do it?” Which he did not. So I’m sitting back, waiting to see. It’ll be very clear who I’m supporting.

Her dream of spiritual programming on OWN: “Oh yes, I was delusional. Somebody please take me out of my delusional spiritual closet… This is what I learned from that experience. And, oh boy, was that a hard lesson. You have to meet the people where they are, not where [you are]. Not everybody wants to sit up and talk Eckhart Tolle all day. I do. I can have him to dinner every night, but not everybody else wants to do that. So, I got that.

What she’ll do with Apple: “Apple exposes you to a whole lot more people. The thing that I’m really, really excited about — as I said that day — is creating the world’s largest book club. And if I want to do a film or a doc series … The best place for [my docuseries on mental health] is not on OWN. Because you don’t have the bandwidth and you have to create a completely different audience and then you have to have marketing.

Why she left CBS/60 Minutes: “It was an interesting experience for me. I enjoyed working with the teams, and I’m probably going to work with some of the freelance people on my Apple stuff, but it was not the best format for me….How should I say this? Never a good thing when I have to practice saying my name and have to be told that I have too much emotion in my name…I think I did seven takes on just my name because it was “too emotional.” I go, “Is the too much emotion in the ‘Oprah’ part or the ‘Winfrey’ part?”

Oprah also tells THR that she’s totally over acting at this point and that she’s probably not going to do any more acting work. Obviously, I think she’ll still produce TV shows and films, and I think she might even try her hand at directing. She tells a lengthy story about the last time she flew commercial (it was the early ‘90s) and why she bought her first private plane. She spends a lot of time talking about Leaving Neverland and how the subject of sexual abuse is so much bigger than Michael Jackson. The most interesting tea – I thought – was the part about 60 Minutes and saying her name with less “emotion.” I hope the 60 Minutes producer who asked her to do that understands that they are a sexist piece of sh-t. CBS is a cesspool, my God.

As an inspiration to many, @Oprah has parlayed her iconic status into opportunities to educate and inspire worldwide: "I want to leave this planet being able to say, 'Caused no harm, did a lot of good'" https://t.co/UiOTo8uAeD #Empowerment pic.twitter.com/t8aj2HPP4t

59 Responses to “Oprah on wanting spiritual programming on OWN: ‘I was delusional’”