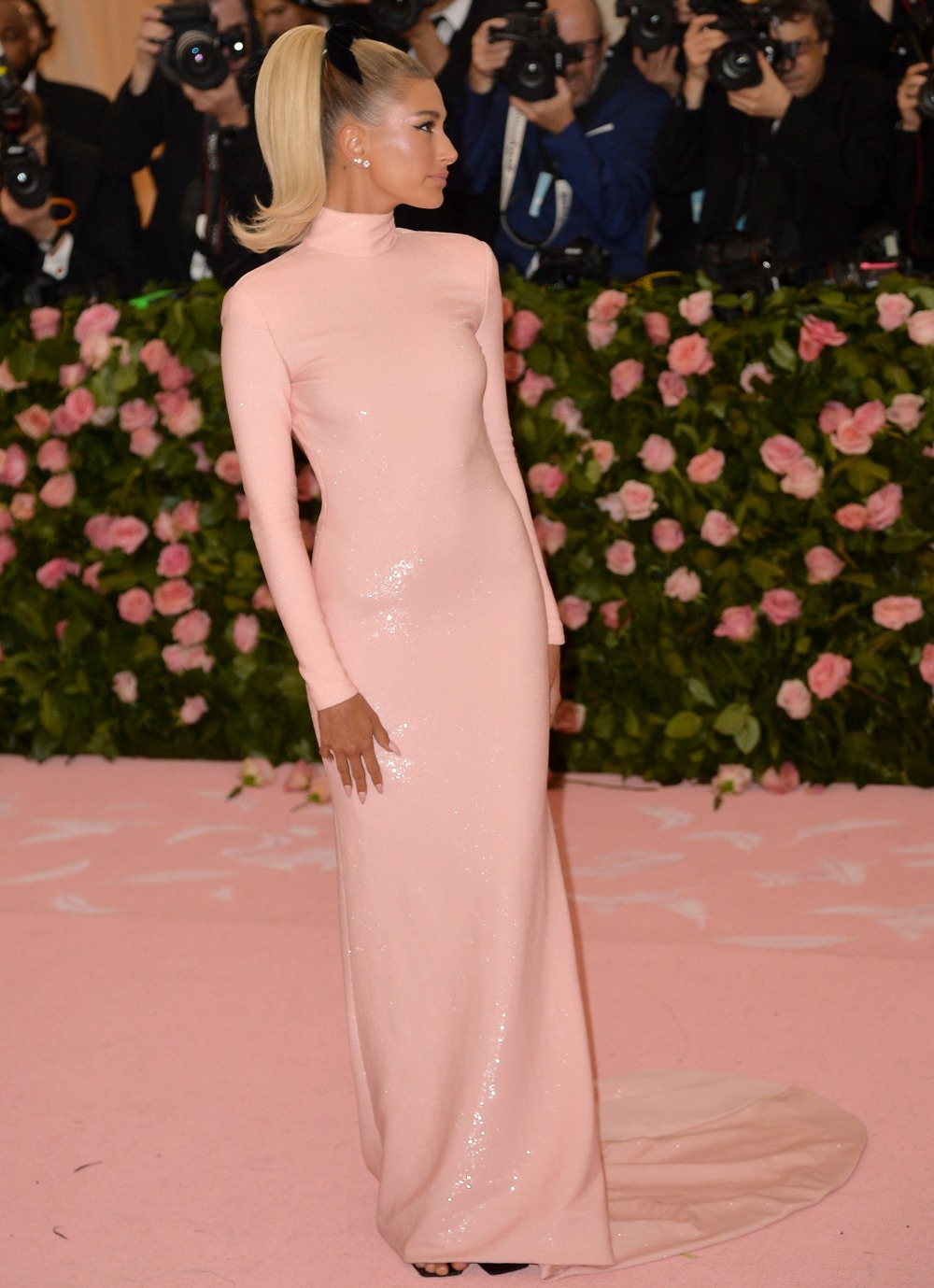 There were many ways to interpret this year’s Met Gala’s theme – “Camp” – and I guess I was surprised by how many women just went for “Barbie gear.” Hailey Baldwin was one of those Barbies, only I would argue that Hailey was one of the BEST! From the high, bleached-blonde ponytail to the too-dark fake tan to the exposed thong of her dress, everything about Hailey’s look was so spectacularly dated and tacky and PERFECT. Hailey worked with Alexander Wang on this look and I’m shocked to say that she utterly nailed it. 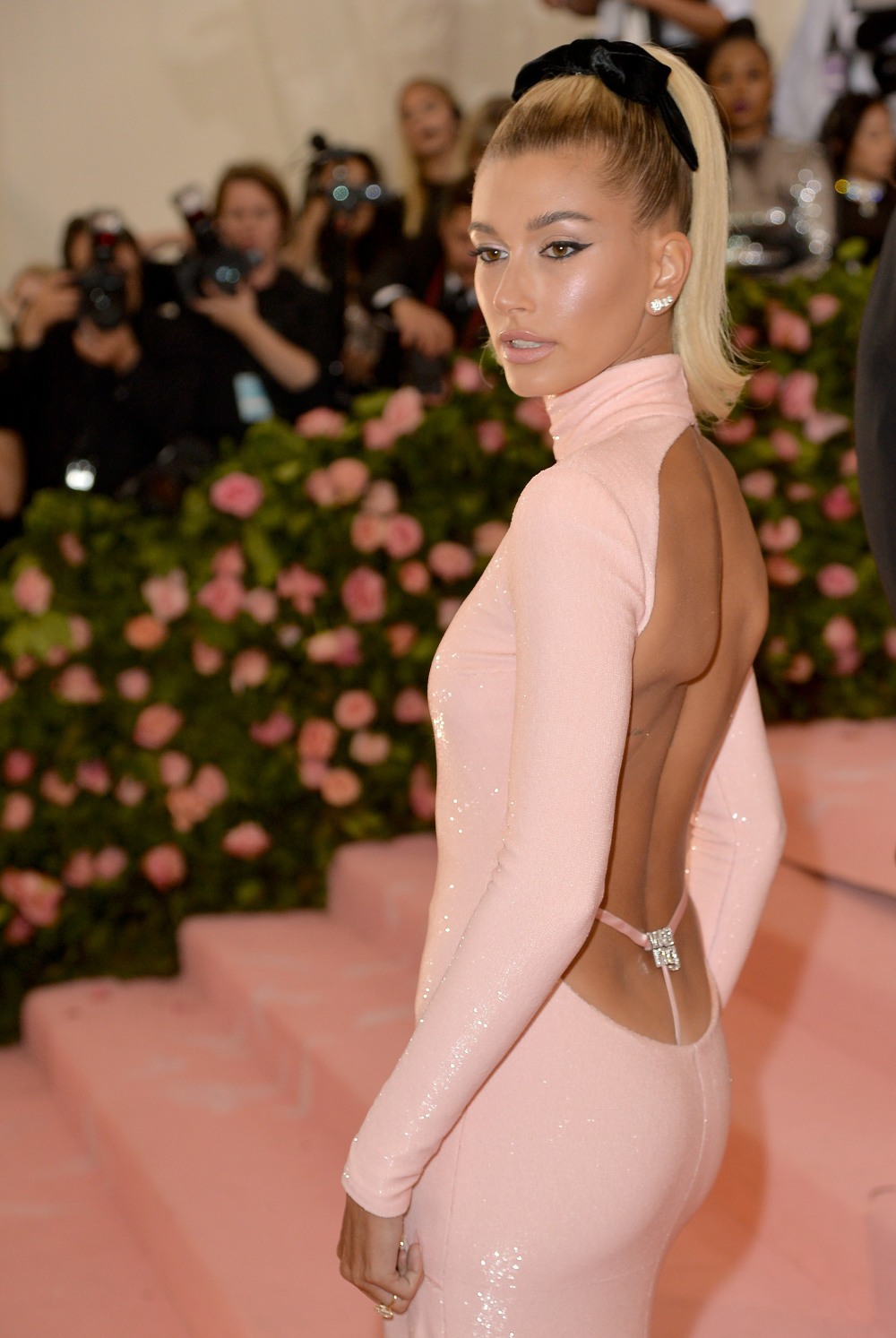 Someone else who nailed it? Elle Fanning in this delightful Miu Miu look. You could tell that she was having fun with it, and she looks like a drag queen’s favorite doll. Her nails! Her orange tan! Her pants! I love it all and she looked like she was having so much fun! 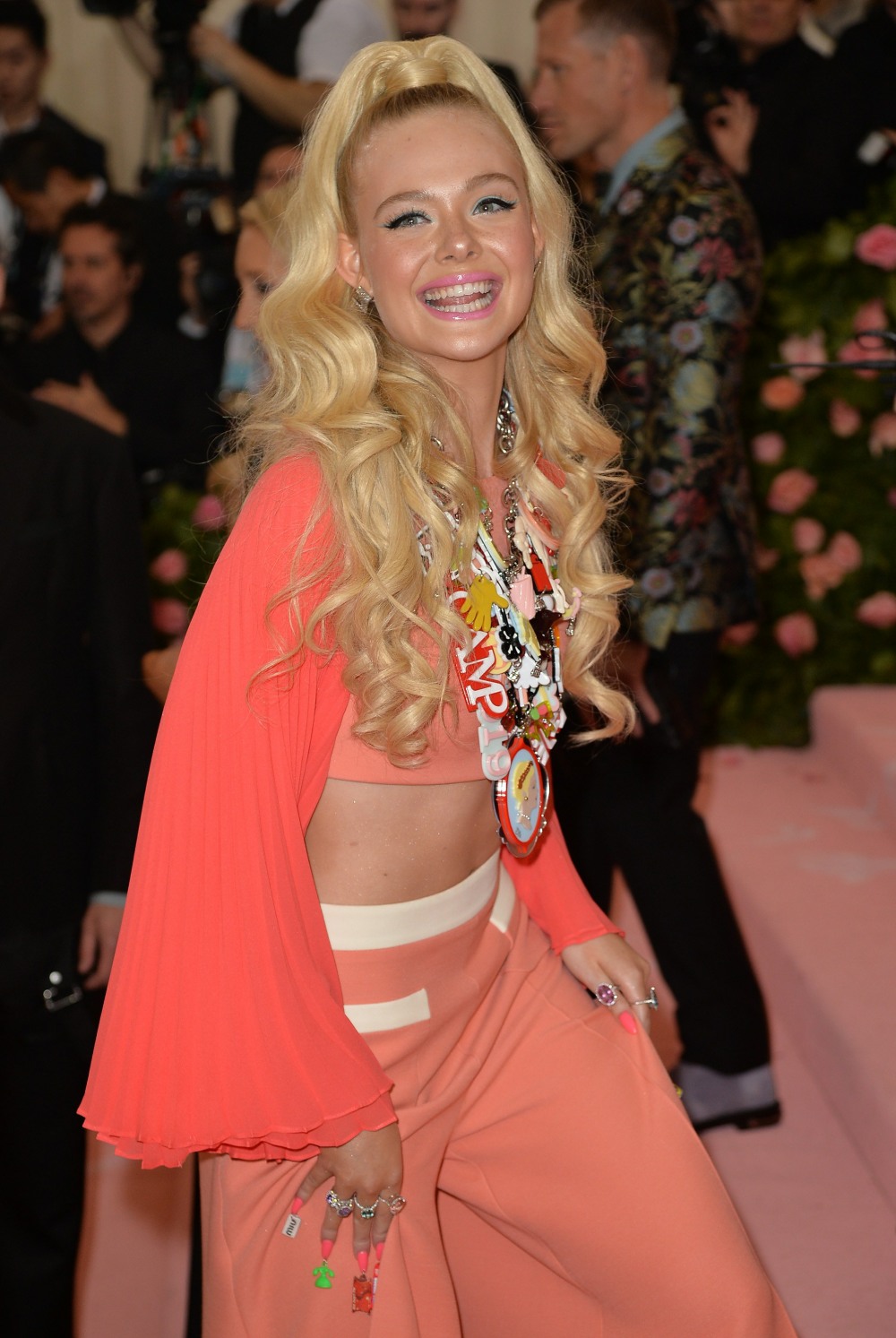 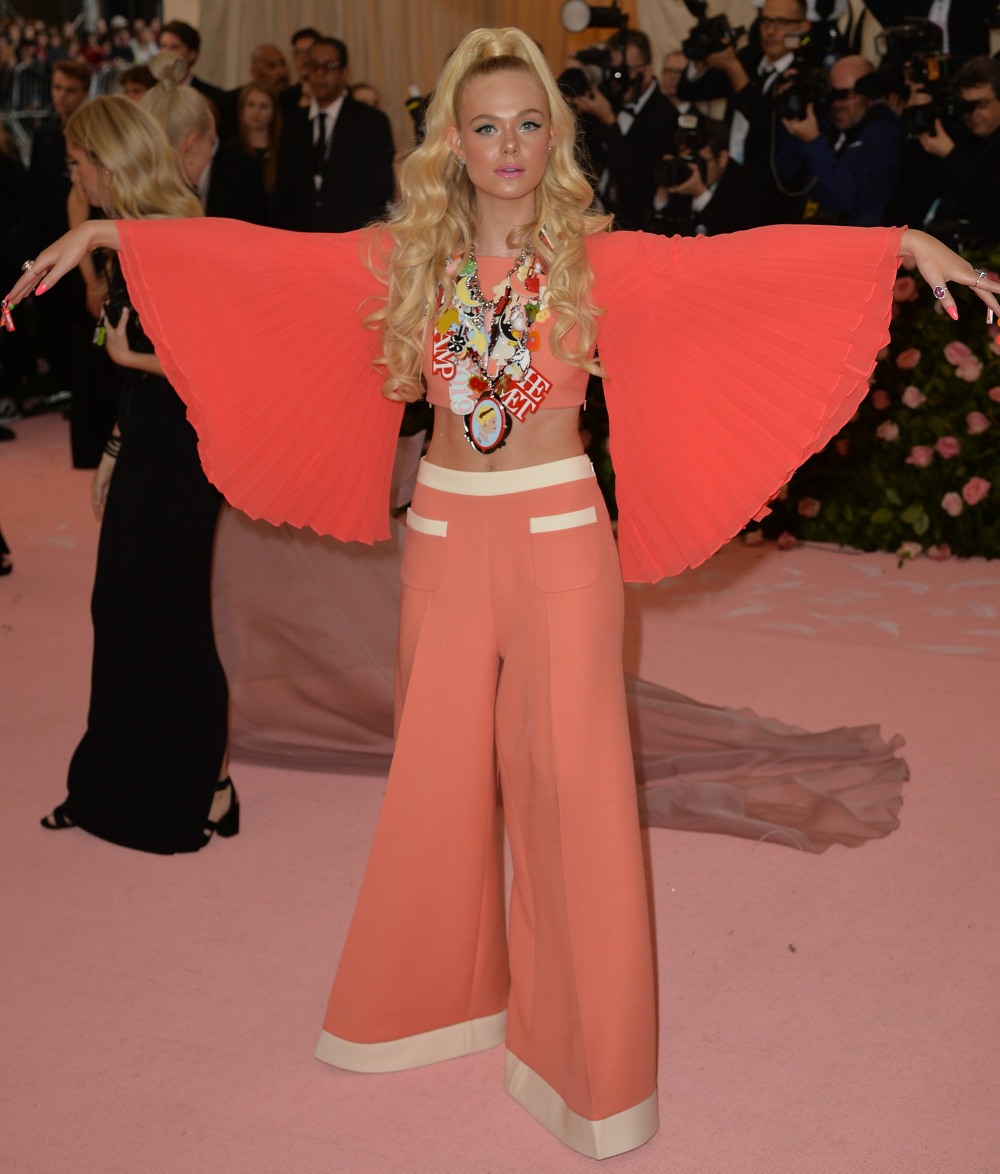 Emma Roberts tried to go for Big Barbie vibes, I think, but this Giambattista Valli is more like… fairy queen/ruffled extravaganza. I mean, it’s big and tacky, but I actually think Emma’s styling let her down? Big ruffles could be super-campy, but the styling edged it more towards “ethereal fairy queen” drag. Which is camp-adjacent but not really camp? 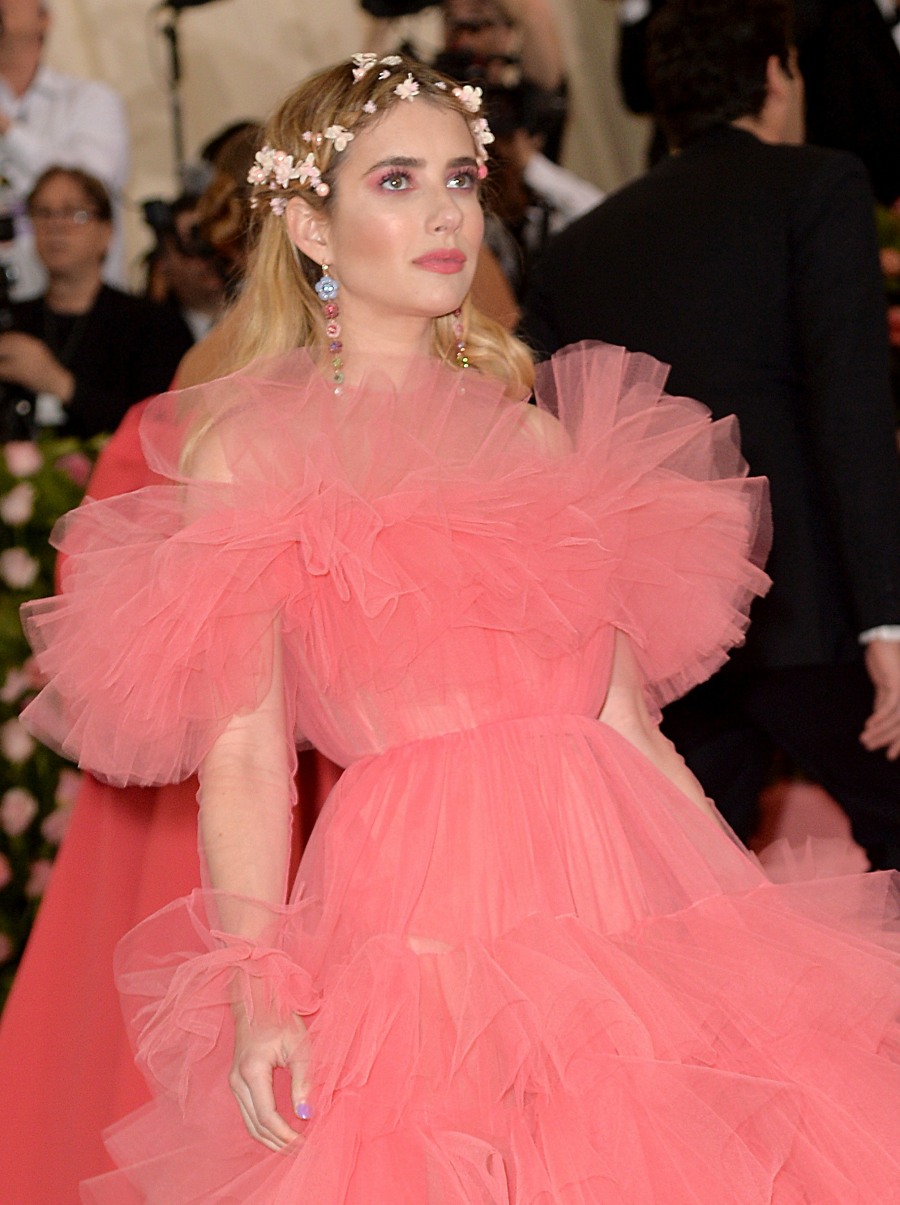 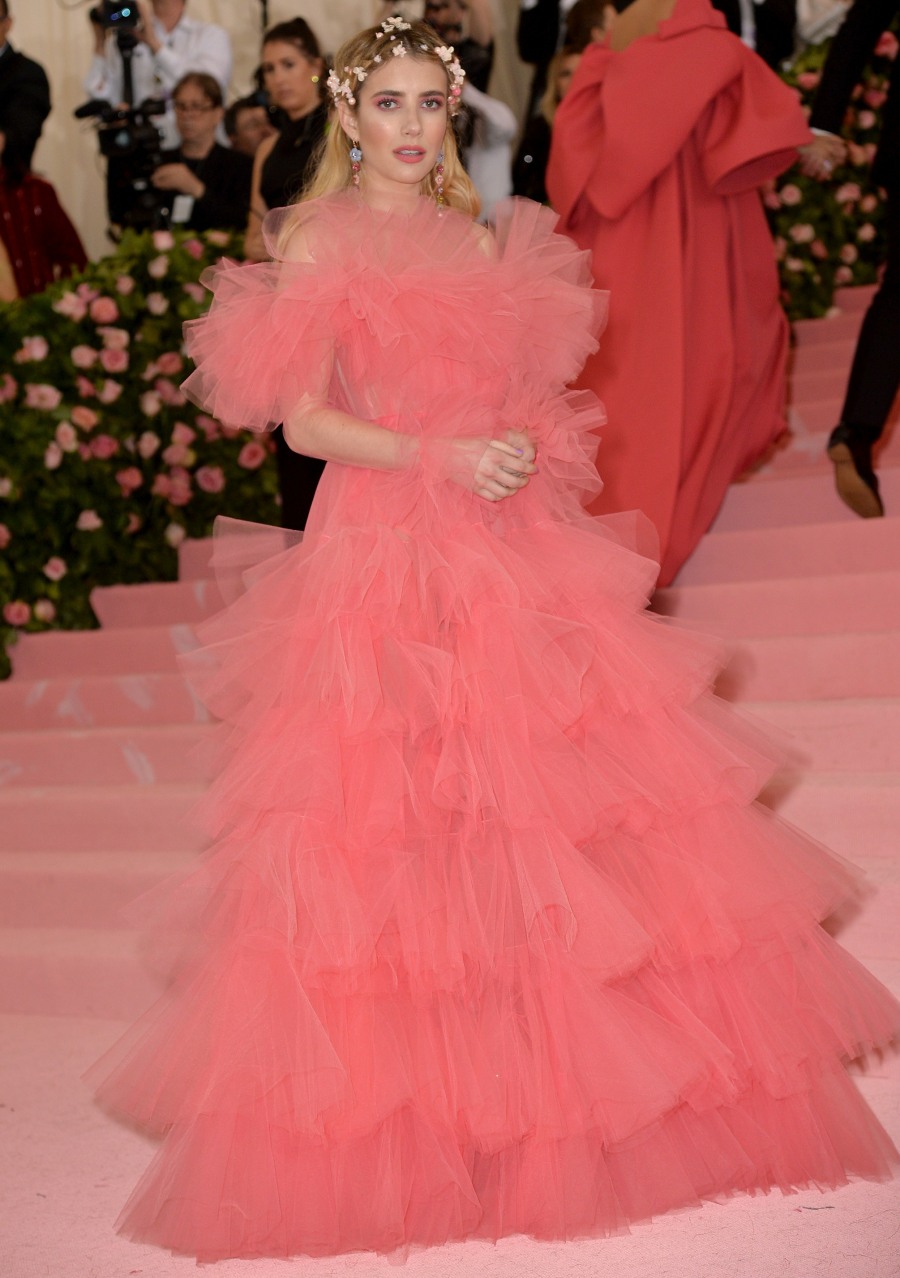