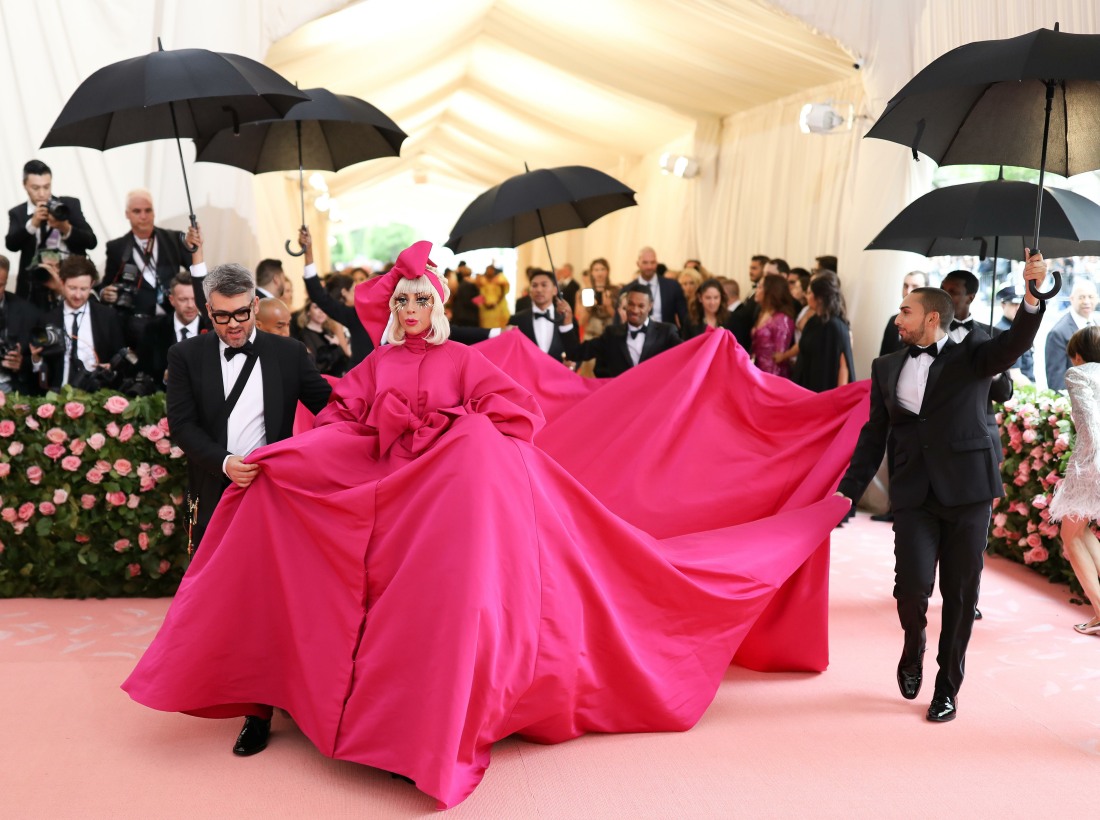 Sometimes, Anna Wintour chooses the perfect co-chair for the Met Gala. That was the case last night, when Lady Gaga was one of the first celebrities to arrive, which is usually what happens for the co-chairs. Gaga made sure to get there early so she would have the pink carpet to herself, and she put on what amounted to a 20-minute performance art piece where she took off layer after layer of Brandon Maxwell looks until she was just in her underwear, a pair of fishnets and some shoes. It was very CAMP.

Every one of Gaga’s looks was Brandon Maxwell, and at first I was like “oh, she’s trying to be campy AND pretty” because a couple of the dresses were very flattering and not all that campy-spectacular. But taken as a whole look, you have to take it into account that the pretty looks were meant to be “shed,” and you also have to look at her styling and the campy performance as a whole. She knew what she was doing, and she put some thought into giving the maximum campy effort.

Also: the champagne cart was a great touch. Did she actually give away champagne or was it just for show? 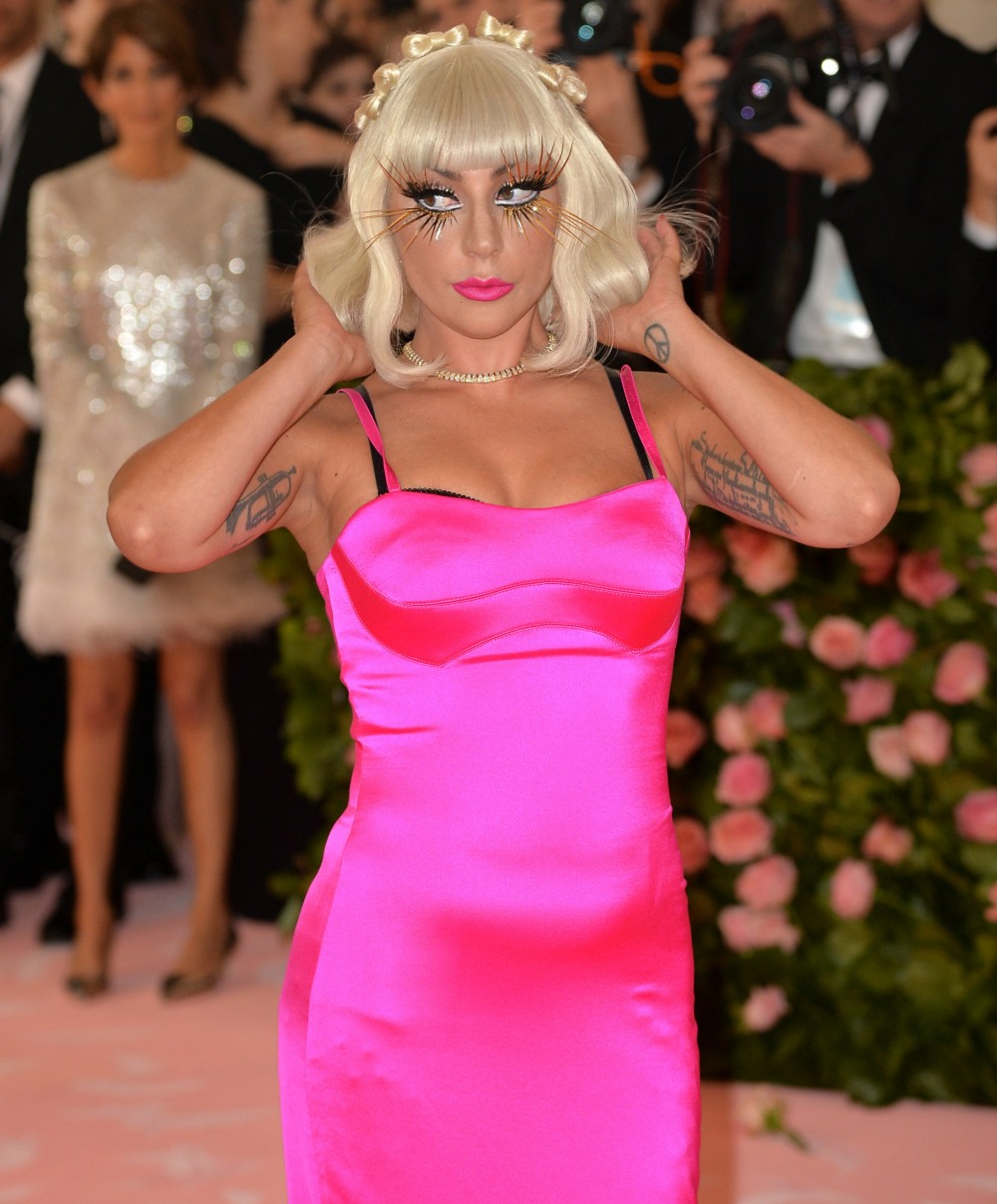 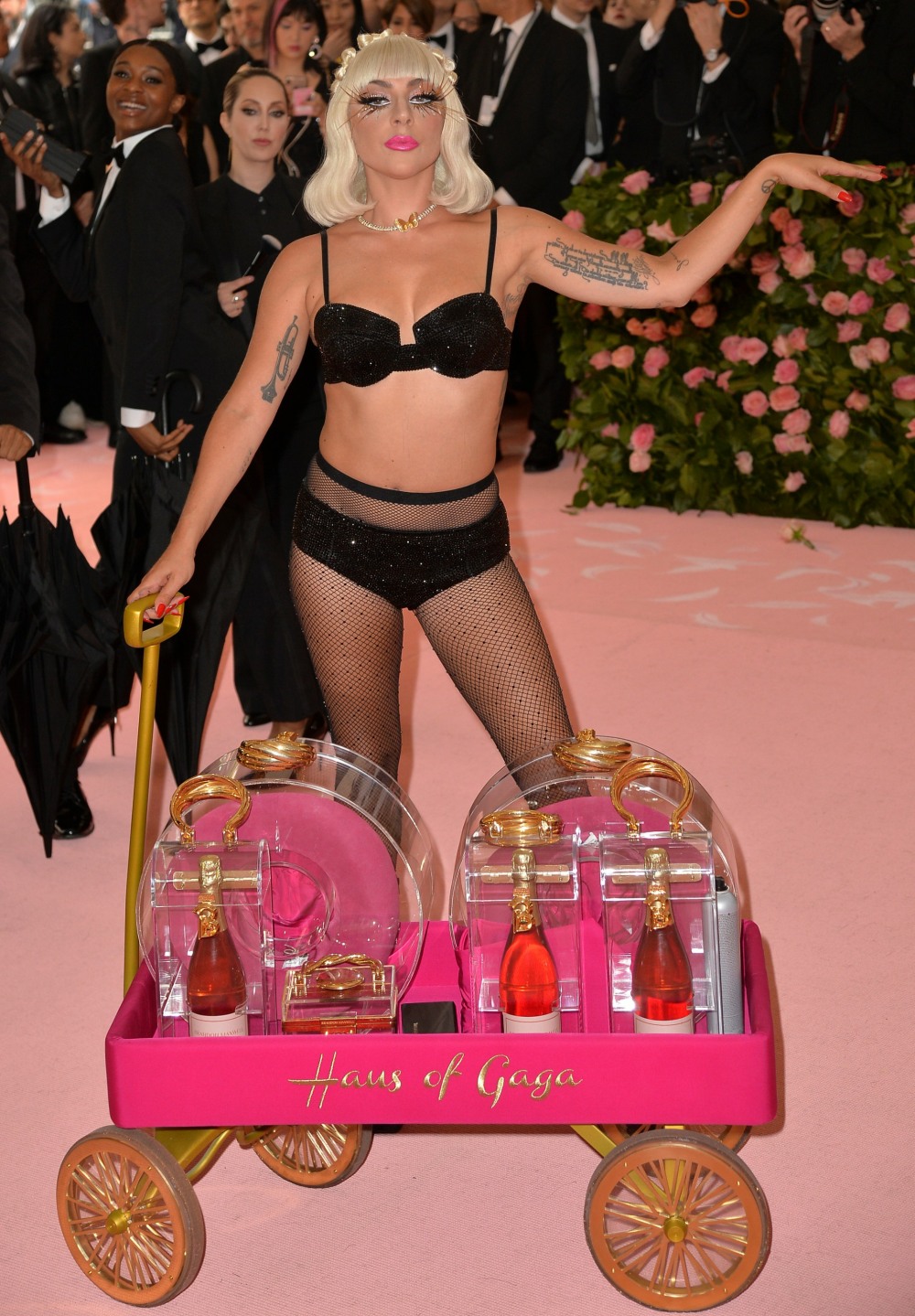 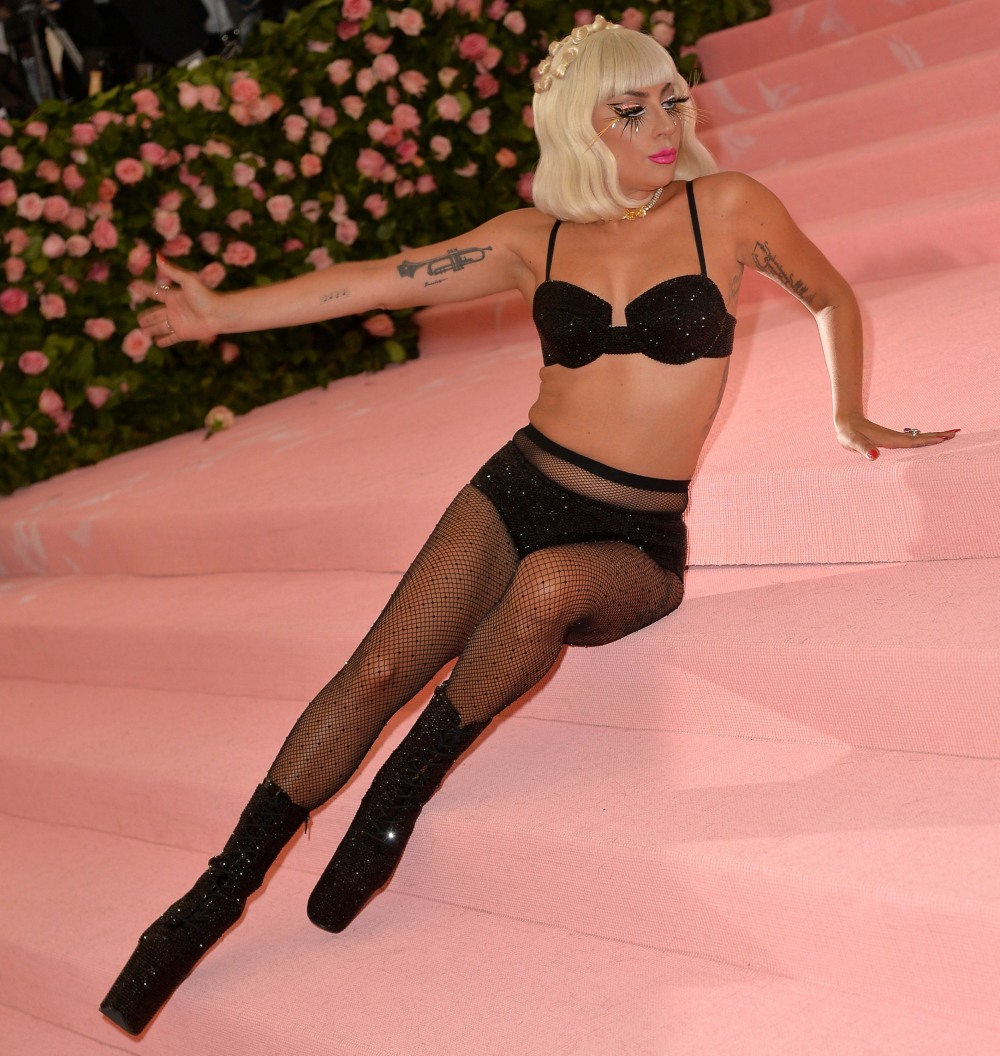 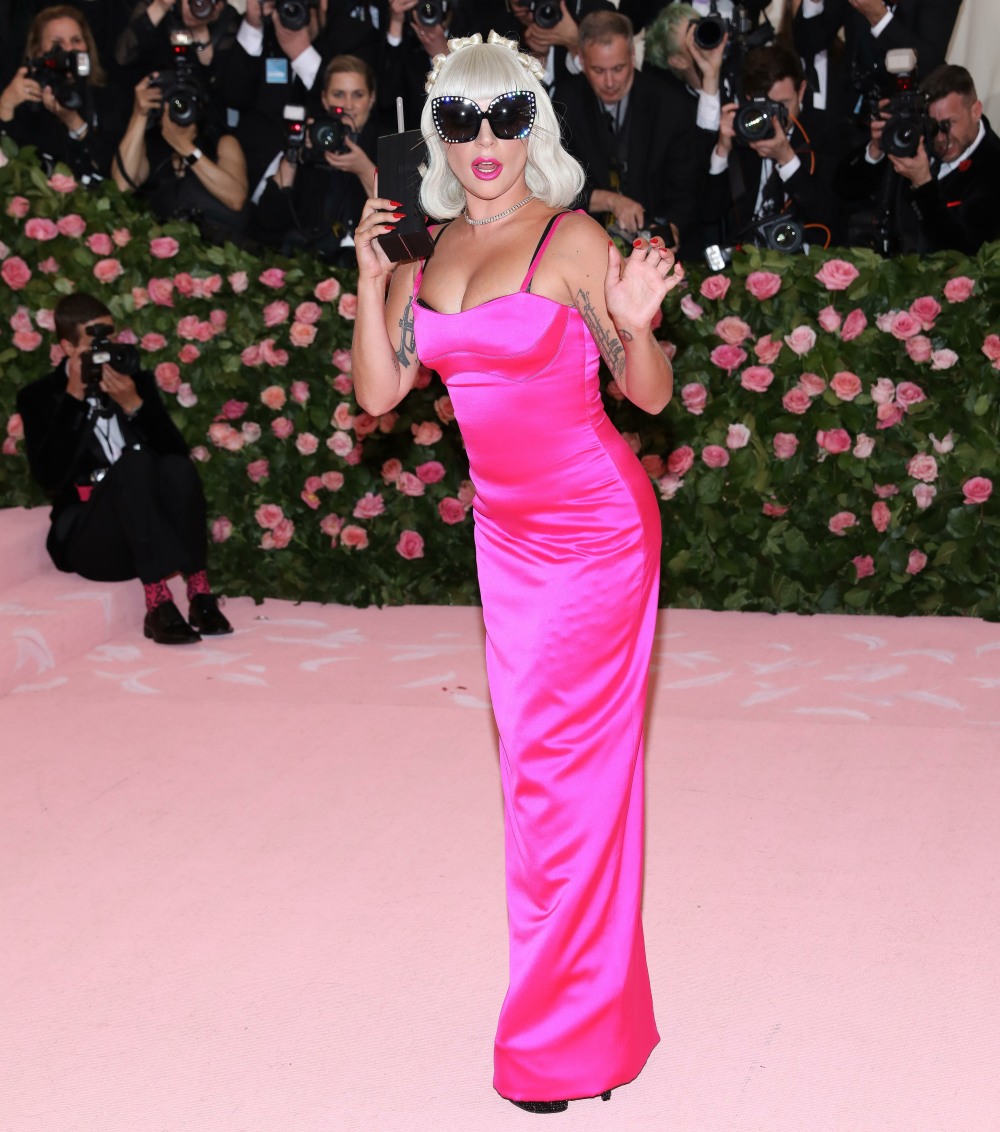 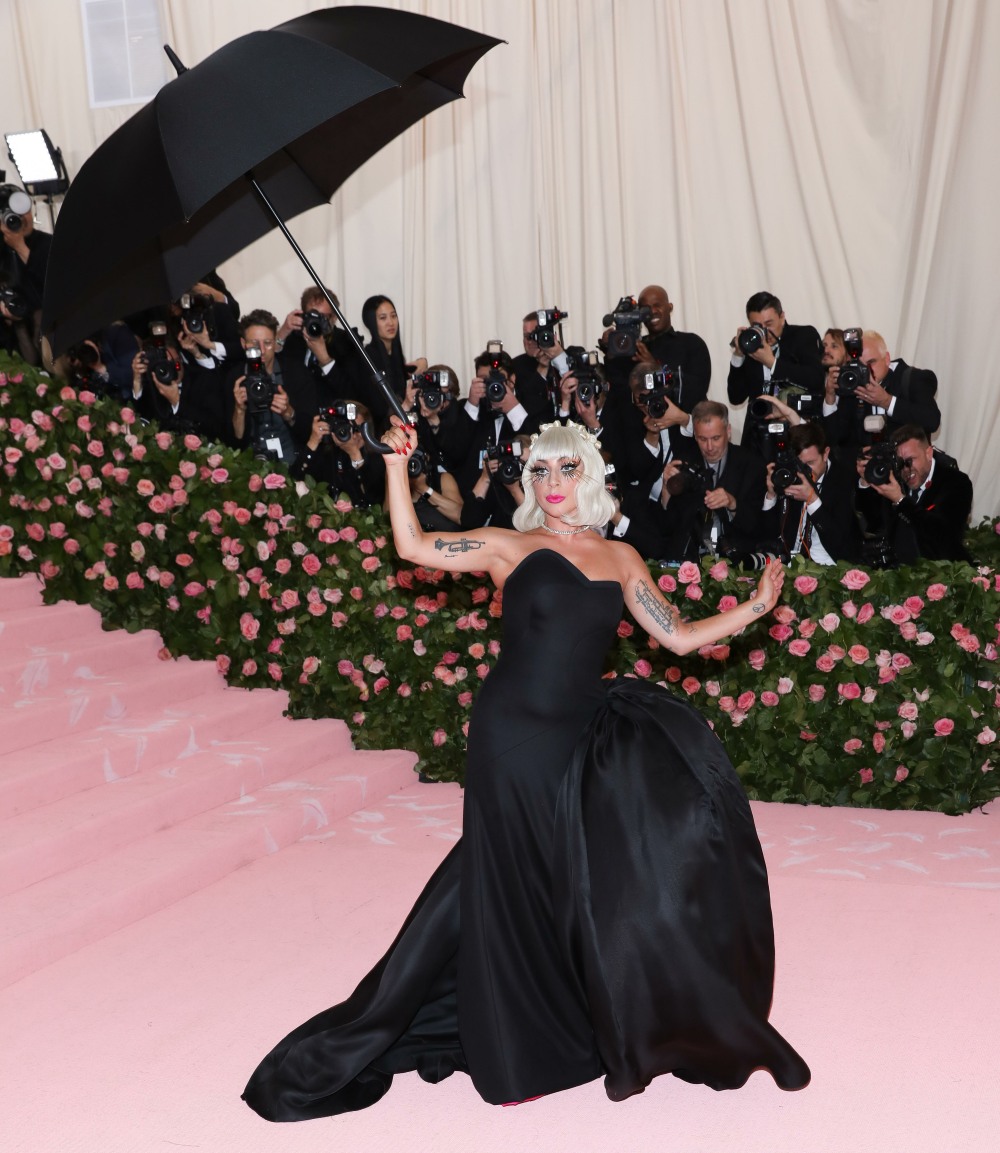