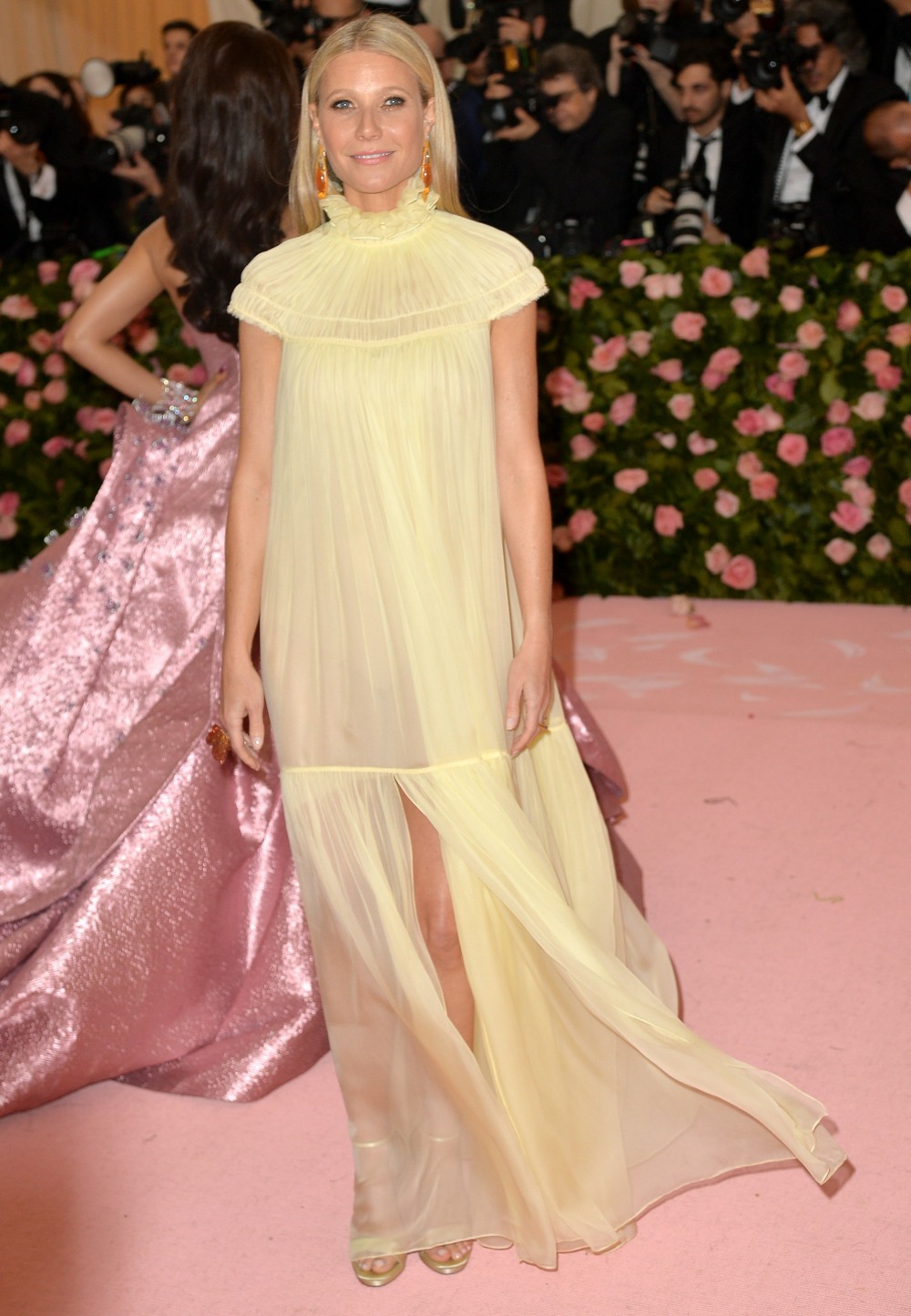 Is there a bigger a–hole than Gwyneth Paltrow? Chica never follows a theme. What’s weird about it is that it’s almost like she’s making an arrogant effort to go VERY far away from the theme every time she does attend the Met Gala – the hot pink nonsense at the “punk” themed gala, the nothingburger pale pink cocktail dress at the Rei Kawakubo/Comme des Garçons-themed gala. That last one was in 2017, where she attended after throwing a hissy fit years prior about how much she hates the gala. Well, she’s back. And she wore a Chloé dress which looked like a creepy doll nightgown. If I was being generous, I would say that her camp interpretation was “1970s Valley of the Dolls” MAYBE, but since I’m never generous to Goop, I’ll say that she just looks like a dumbass. 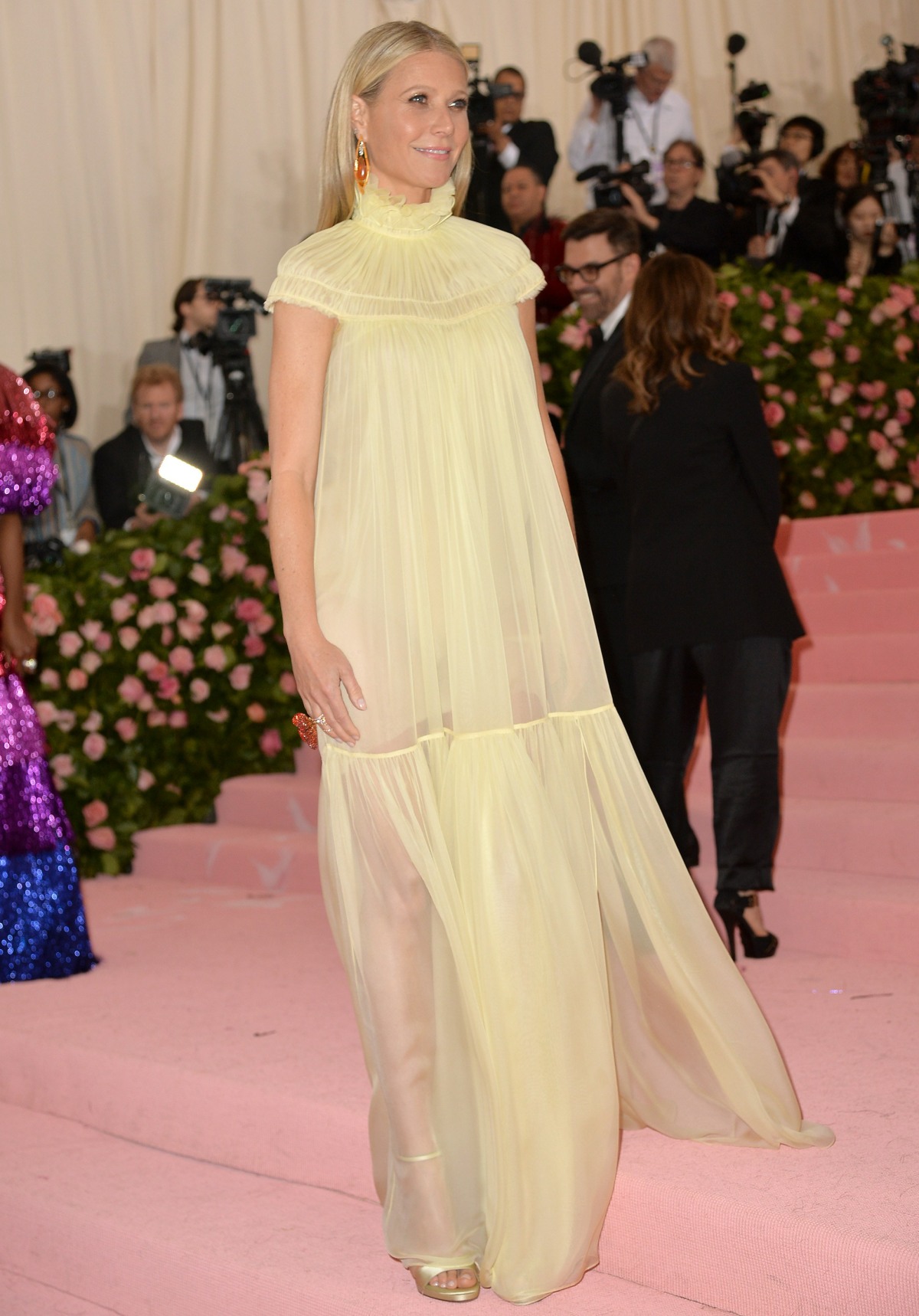 I friggin’ LOVED the fact that Benedict Cumberbatch understood the camp theme. This was not Bendy’s first time at the Met Gala, and I feel like he actually tries to stay on-theme and he really thinks about it. His look was just so… great. Like a pimp Tom Wolfe. His ensemble is Labassa Woolfe. Bendy brought his wife Sophie Hunter who interpreted the theme as “Renaissance Faire reject.” 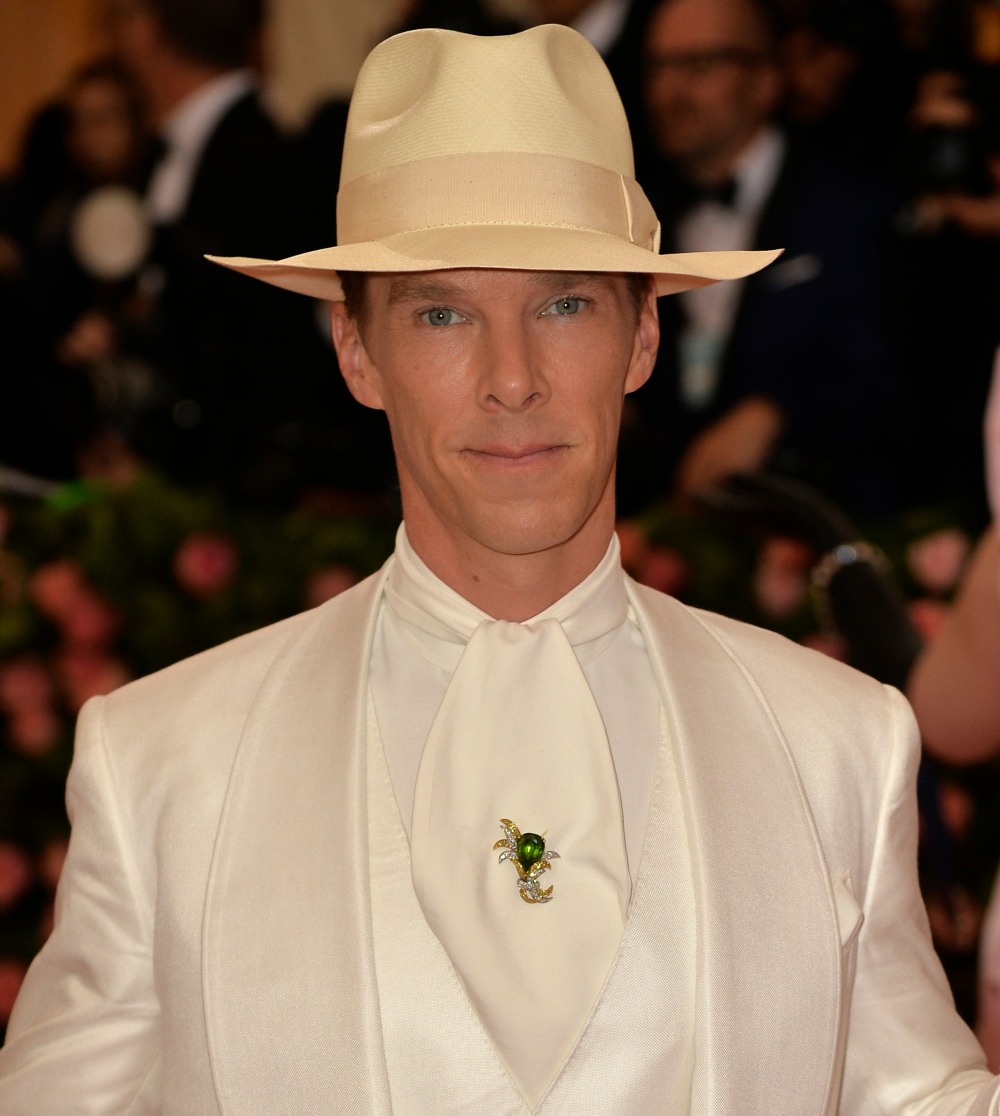 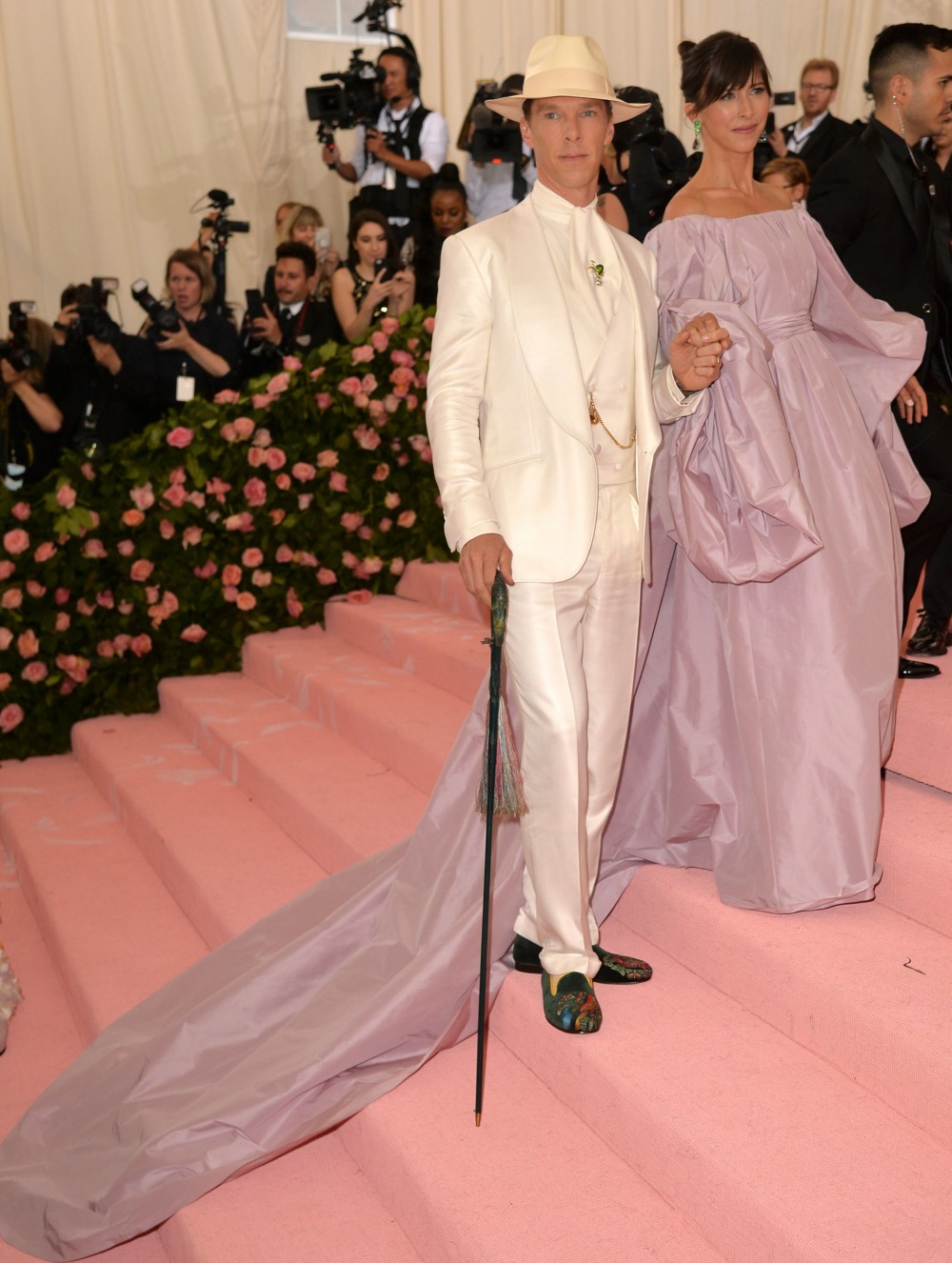 For all of the bitching and moaning she’s done about how much she hates the Met Gala, it’s amazing that Lena Dunham manages to face her a–hole demons, year after year. This year she and Jemima Kirke went together, and they both wore Christopher Kane. It’s camp and it’s tacky, so they got it right. But just prepare yourselves for more interviews about how Lena is SO OVER it and she’s never going again, only to show up in 2020. 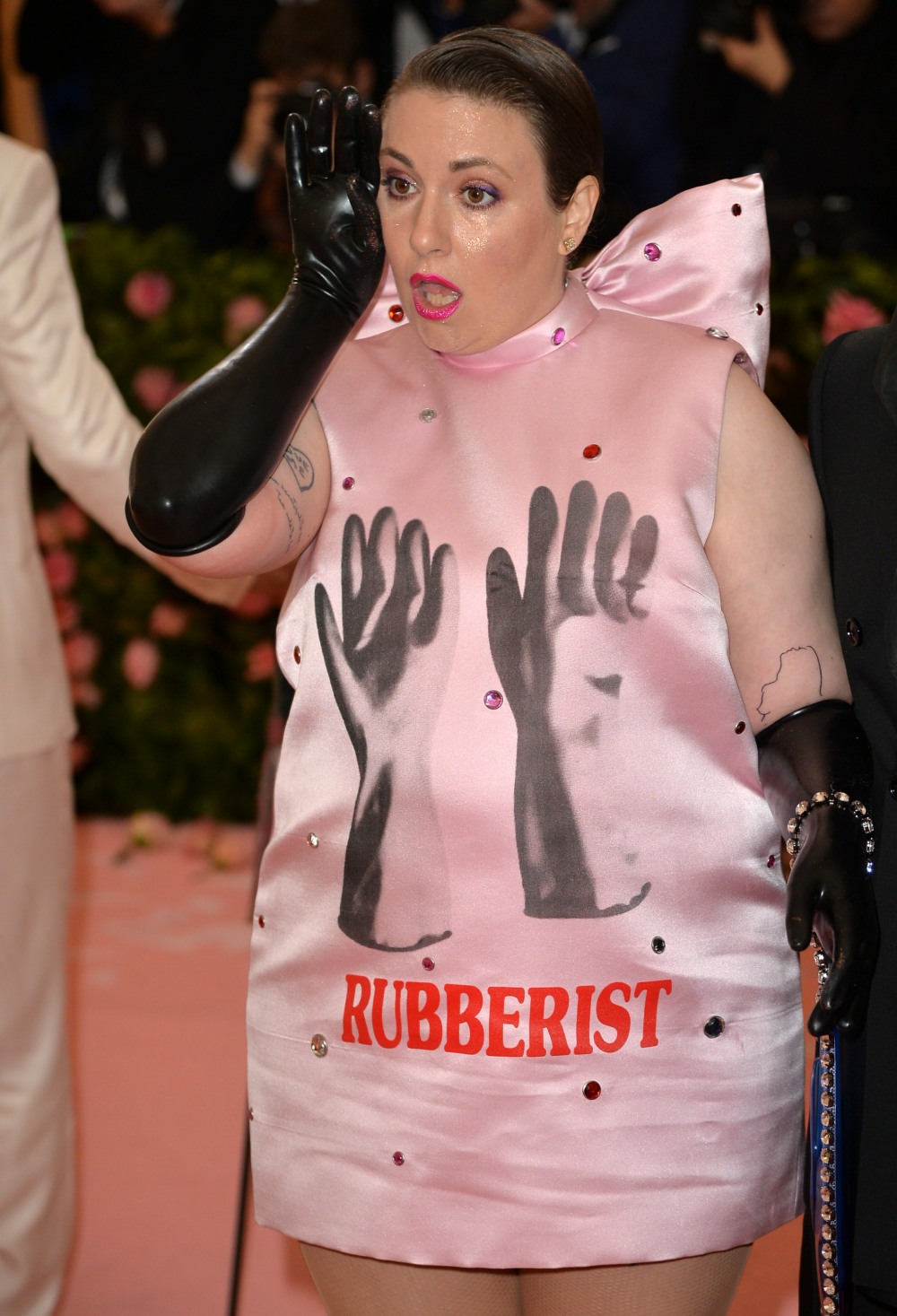 Maria Sharapova wore Givenchy. She looked like ten kinds of hell too. 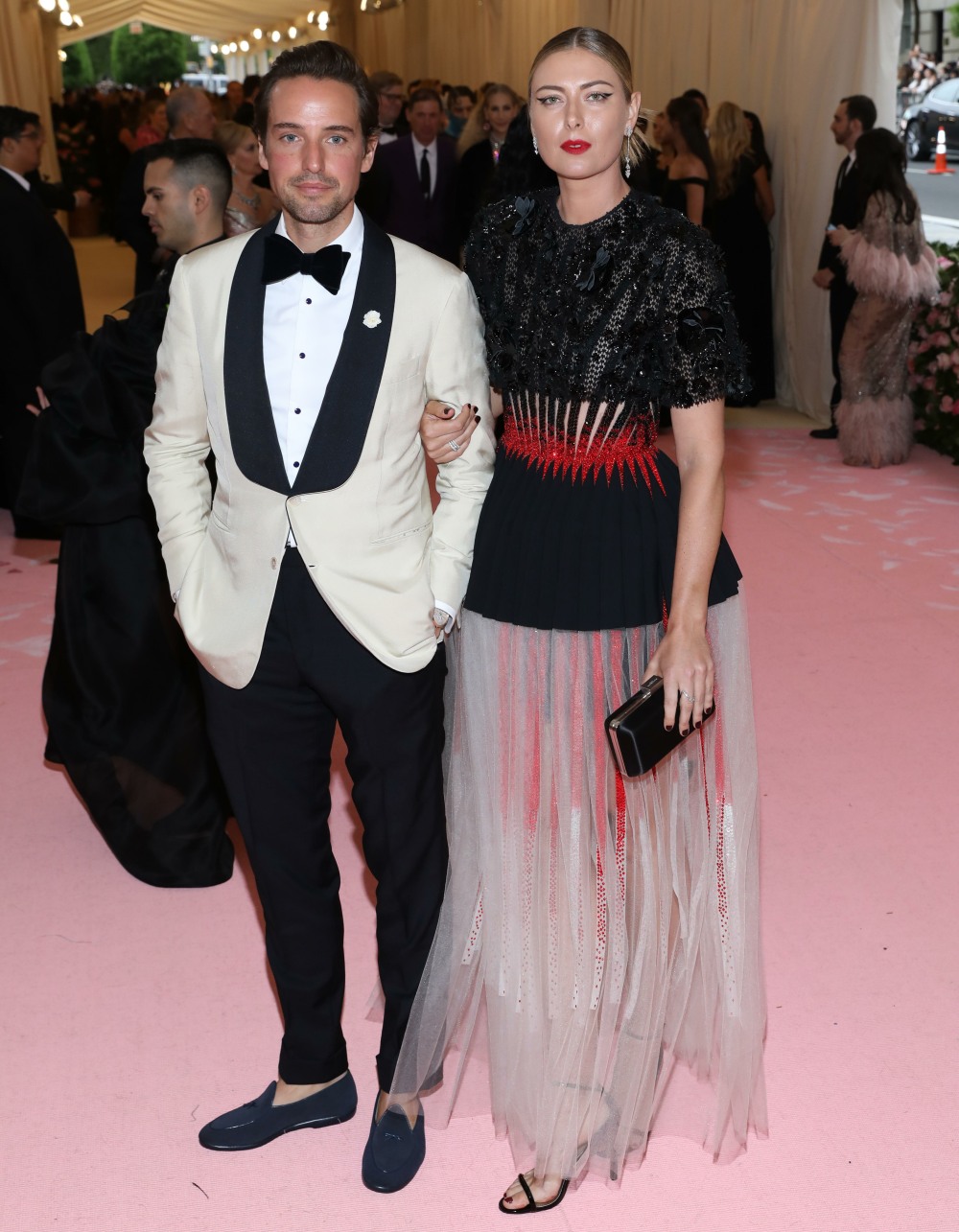