Gisele Bundchen in Dior at the Met Gala: 1970s disco or just off-theme? 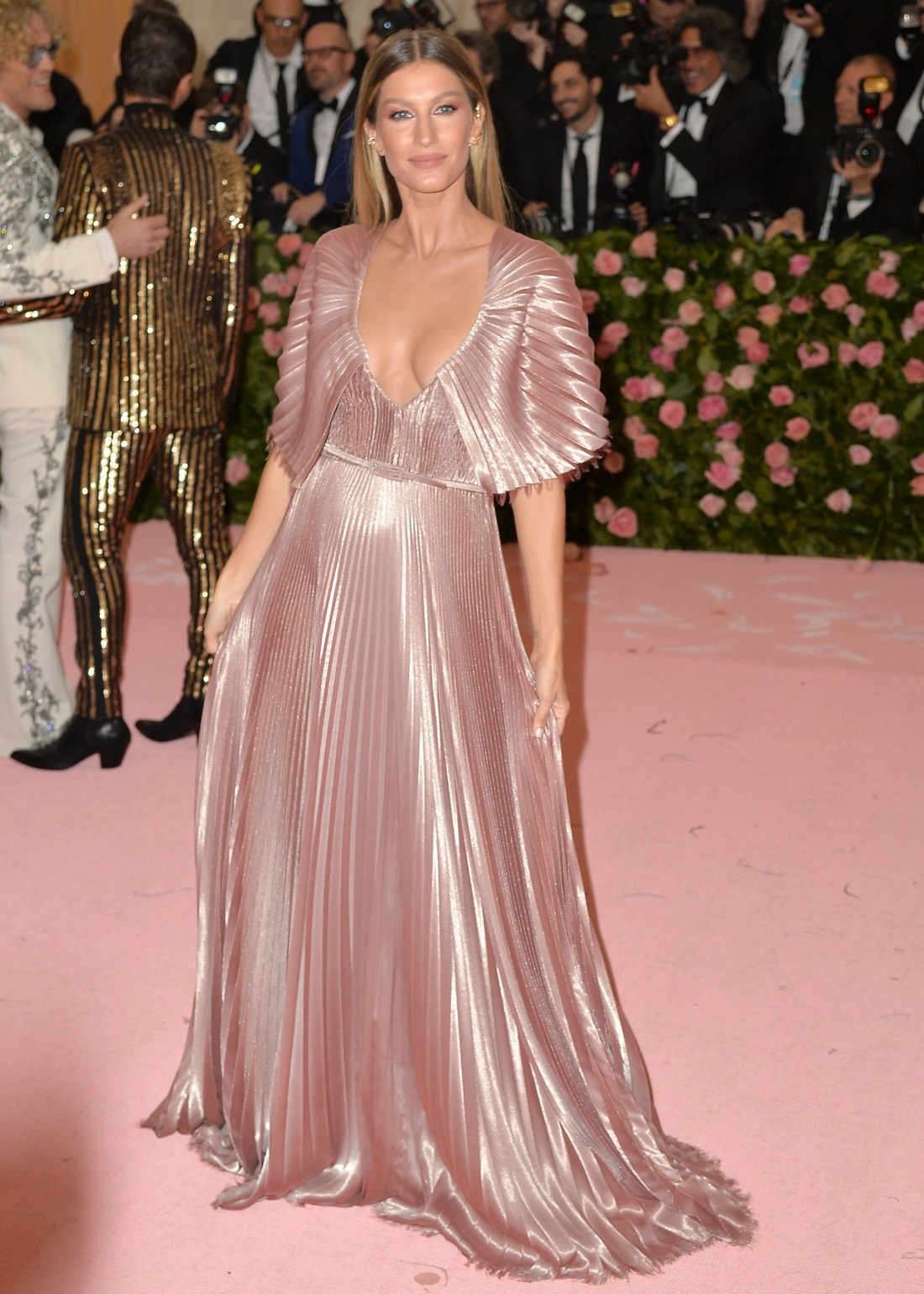 Much like Gwyneth Paltrow, Gisele Bundchen rarely follows the Met Gala theme. If you were being generous, you could say that Gisele does vaguely try to stay “on theme, but PRETTY,” although mostly she just opts for whatever dress caught her eye that week. I feel like that’s what happened here. Gisele was one of the handful of Dior-clad women at the event, and it’s clear that Dior customized this look for her, probably to her specifications. I think she was aiming for Cher, honestly. She was aiming for ‘70s disco/Studio 54 faux-camp realness. But it didn’t work so she just went for “pretty.” I do legitimately love the skirt of this Dior – I love a well-done pleated fabric, and the way this dress hangs is divine. The top of the gown is a mess though, and it does Gisele no favors (it makes her chest look especially “worked on”). Tom Brady was there too, looking like a goon. 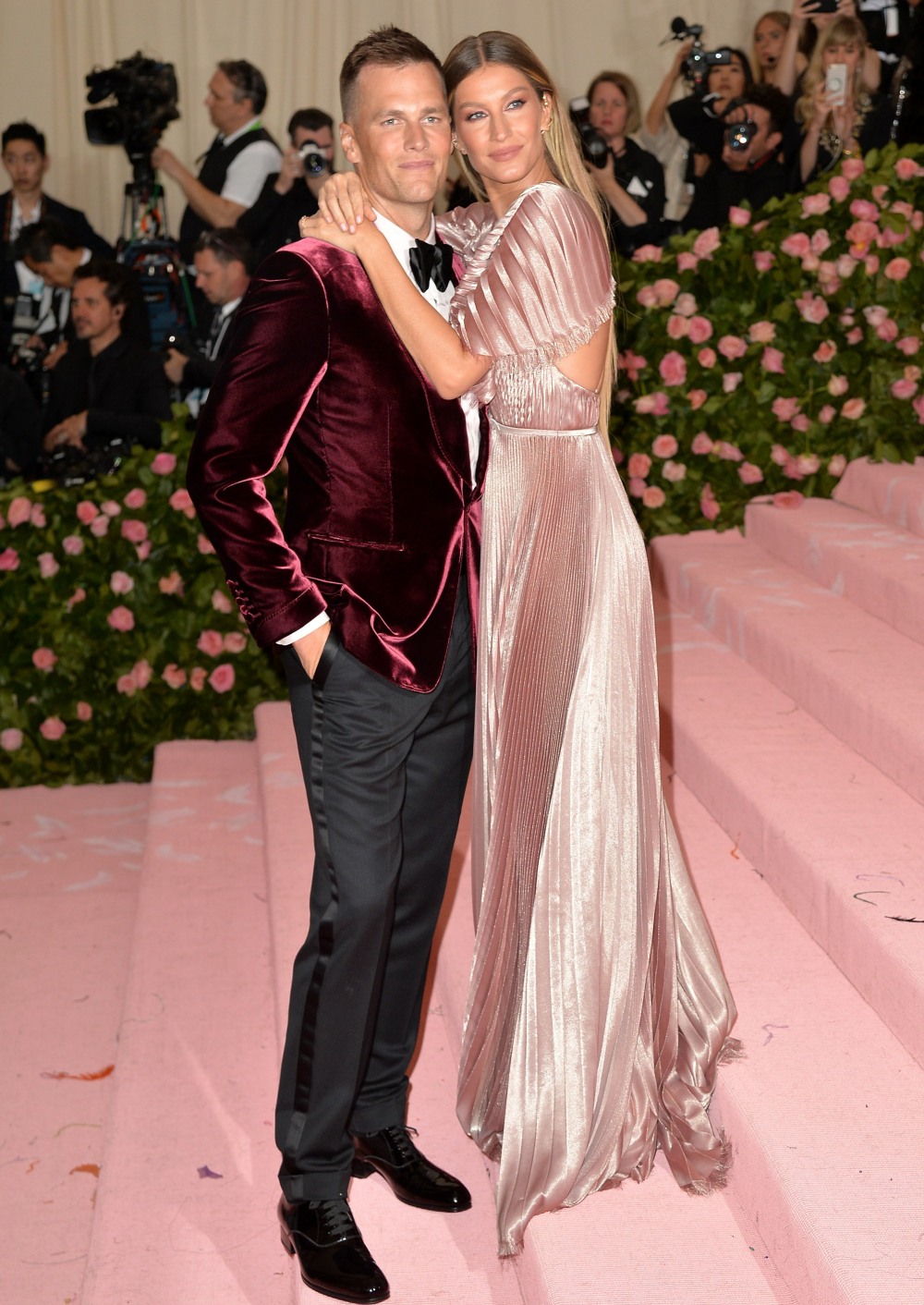 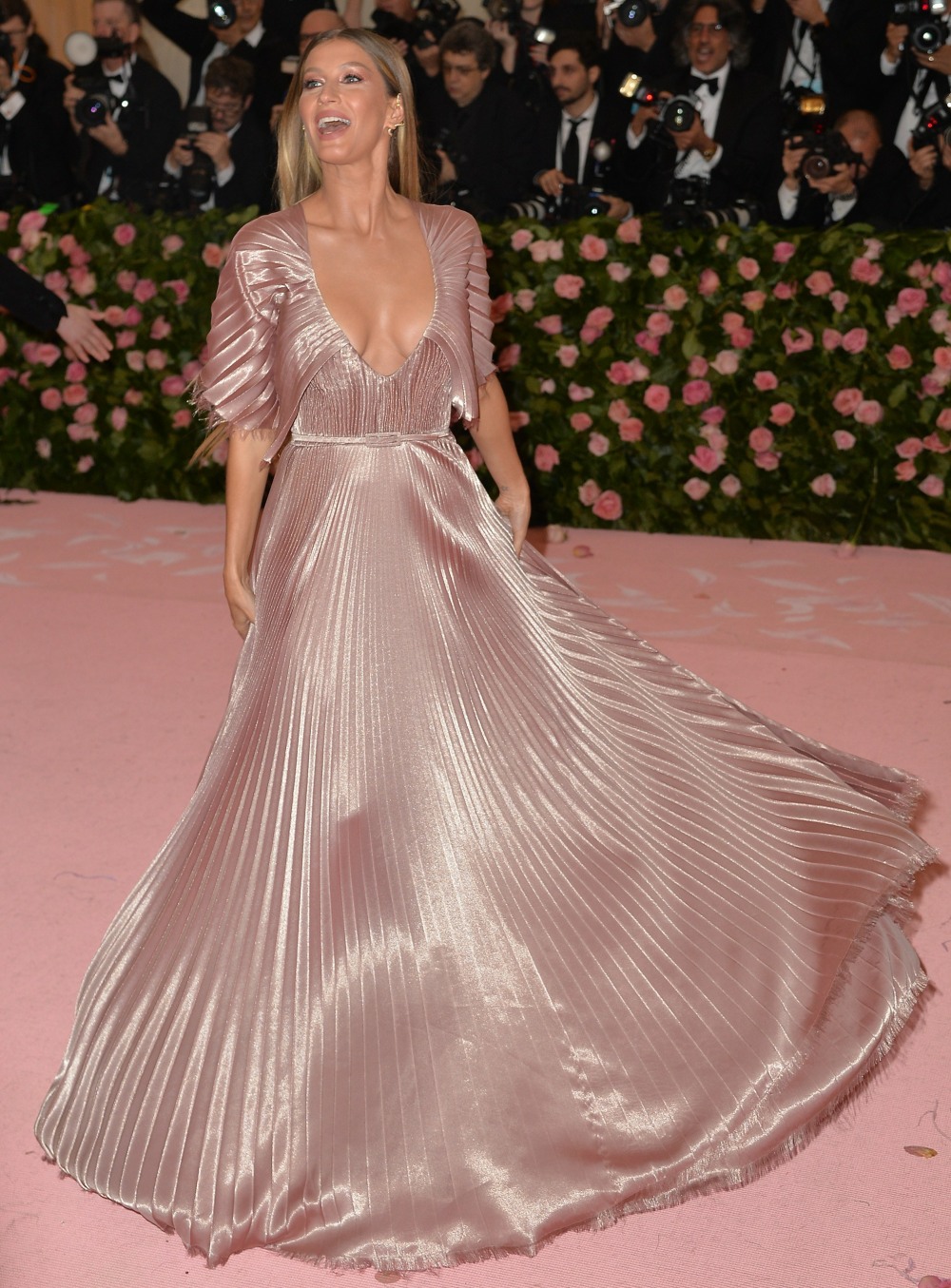 Bless her, Cara Delevingne’s Dior look was ON POINT. I was surprised that more women didn’t lean into the camp theme this way – Cara looks great and fun, which is the point. 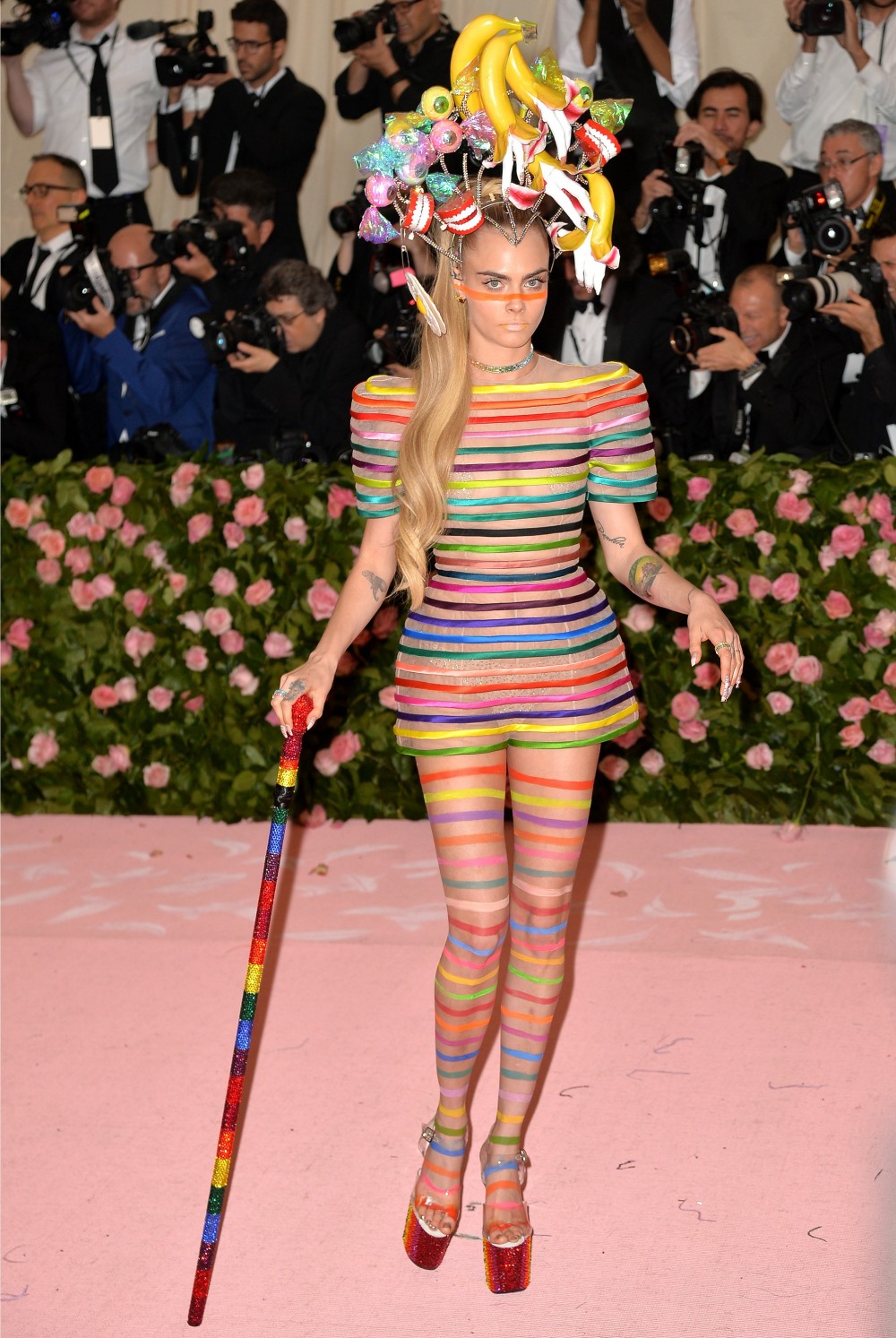 Priyanka Chopra also wore Dior, and I think Nick Jonas’ look is Dior as well. I truly have no idea what Priyanka was going for, at all. I’m just… at a loss to even describe this?? 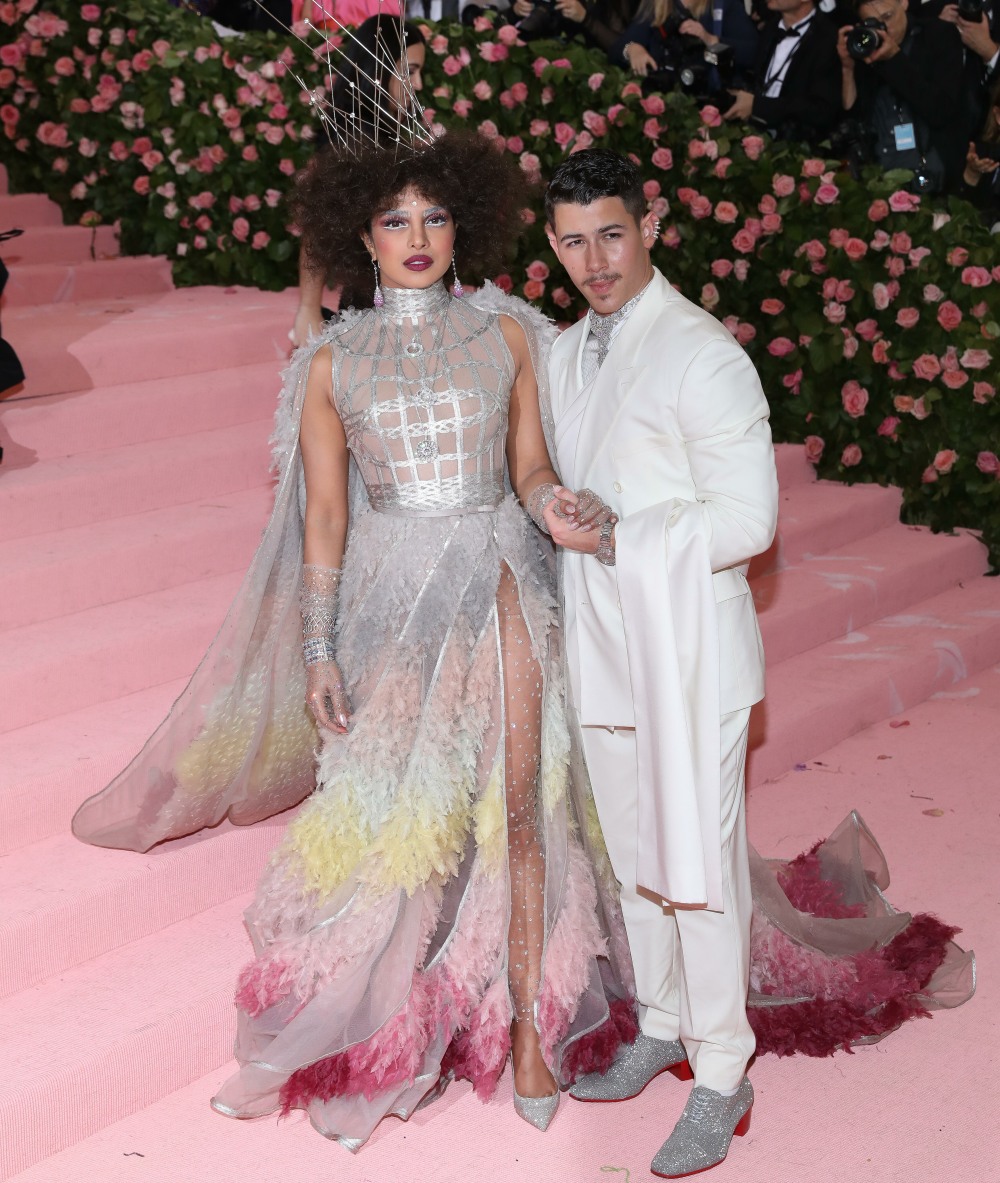 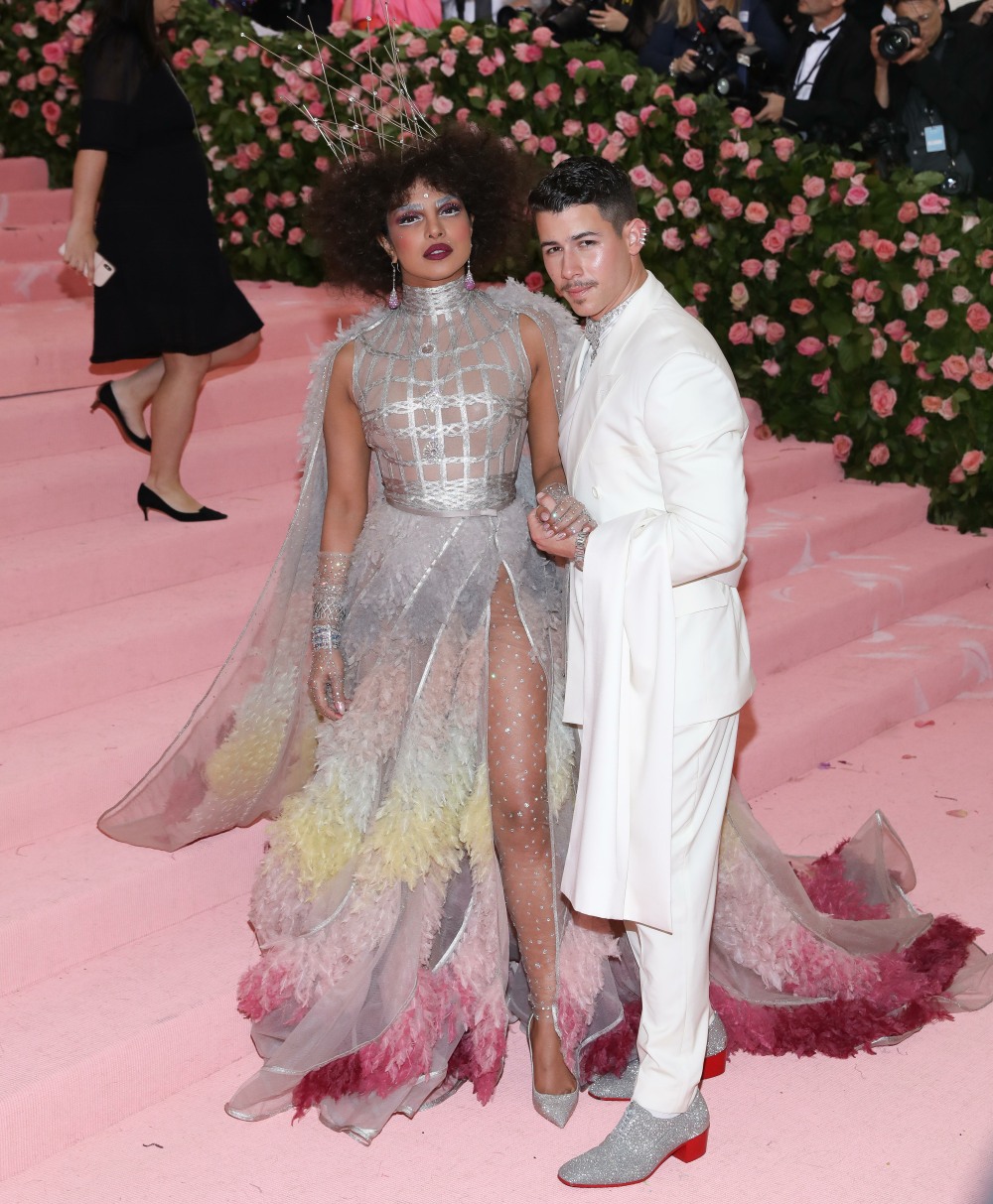 47 Responses to “Gisele Bundchen in Dior at the Met Gala: 1970s disco or just off-theme?”