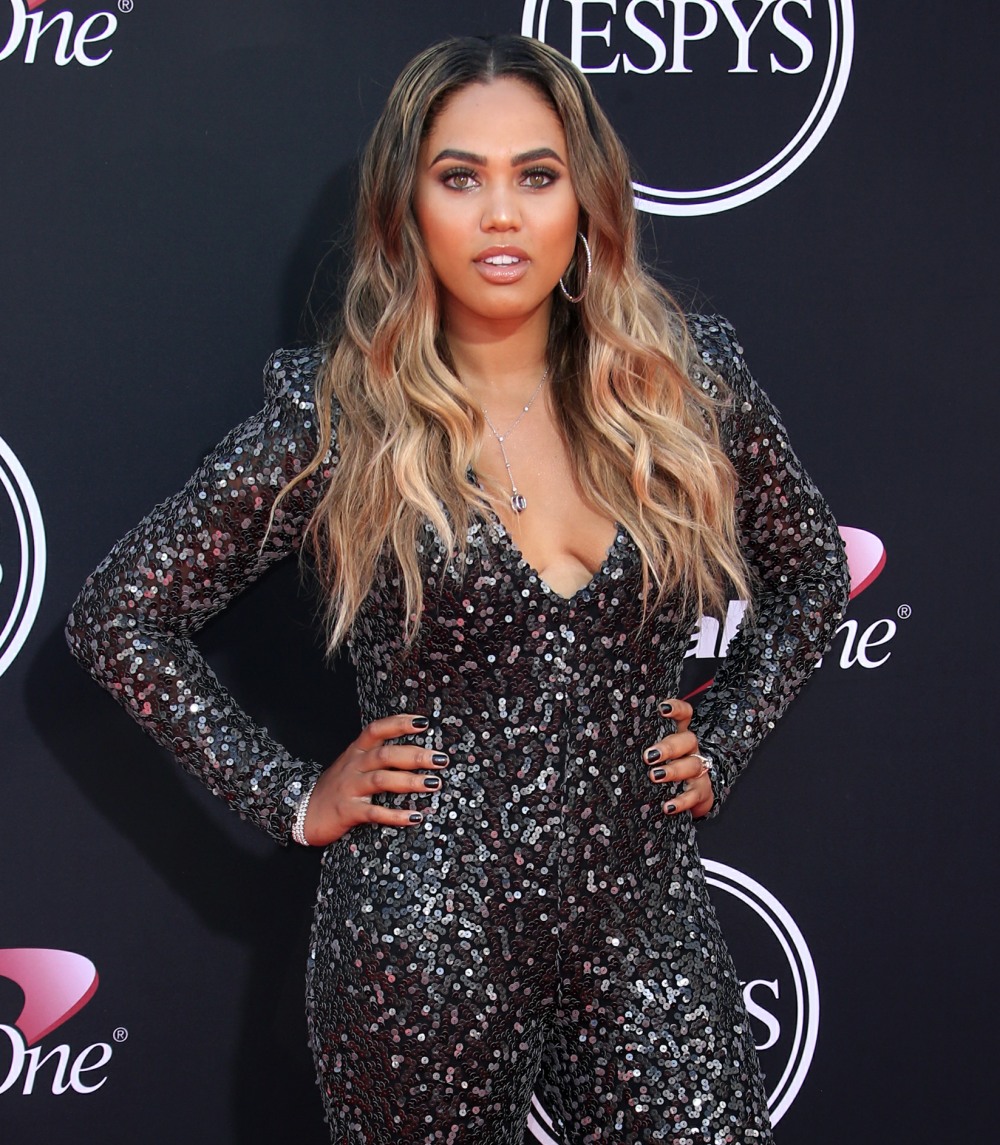 Ayesha Curry has a long interview with WorkingMother.com. Ayesha is perhaps most famous for being married to Golden State Warrior Steph Curry, and she’s been doing press recently to promote her many projects. She owns several restaurants, including the just-opened International Smoke in Miami, and she runs a Homemade Meal Kits business in California. She also does cookware and she’s got several sponsorships/ad contracts. Ayesha is successful in her own right, no doubt. But I also sort of think that perhaps all of her success wouldn’t have happened so spectacularly if she wasn’t married to one of the most famous basketball players in the world, you know? It’s like the debate on who we should consider “self-made.” Ayesha did THAT and I have no doubt she’s worked very hard. But also, being married to Steph absolutely opened so many doors for her. Some highlights from this interview:

People think Steph is the reason she’s successful: “I think a lot of people do not take me seriously. They think this is something I’ve obtained because of my husband’s income. That’s not true. He hasn’t invested a dime in my restaurant business.”

People think she should just be a quiet WAG: “It’s this weird hierarchy of misogyny. When my career was starting to take off, this male reporter bashed me on live television, saying I should be more like the other [basketball] players’ wives. He literally said, ‘They sit there, they don’t cause any problems, and they look pretty.’ Why am I not allowed to have a passion and a dream and a voice? That started a fire in me. I could not be stopped, and I wanted to prove myself. Now the conversation has shifted. Stephen doesn’t get any negative [questions] about me. Especially in the Bay Area, people say to him, ‘I like her food a lot,’ and that’s been special for me.”

Her multiracial background: Her mother is Jamaican and Chinese, and her dad is Polish and African American. “Everyone was from a place other than Canada and that’s how you identified yourself, not black or white. I identified as Jamaican because that’s where my mom came from,” she says of her childhood in Toronto, where her neighbors were mostly Asian and Indian. “In the states I’m simply ‘black.'” It’s also a lesson she’s passing on to her daughters. “They’re fair in complexion, and they’ve said: ‘I’m not black; look at my skin.’ And I said: ‘No, no, no. You’re a black woman. You have melanin. It’s part of who you are. Our descendants are from Africa. This is what that means.’ It’s been a journey teaching them that, and that black comes in many different shades.”

Embracing her multiracial background: “My own community needs to embrace everyone better. Sometimes I feel like I’m too black for the white community, but I’m not black enough for my own community. That’s a hard thing to carry. That’s why my partnership with CoverGirl was special for me because I felt like I didn’t fit the mold [of a CoverGirl]. I’m not in the entertainment industry, in the traditional sense. I’m not thin; I’m 170 pounds on a good day. It’s been a journey for me, and that’s why I want my girls to understand who they are—and to love it.”

When she got a boob job: “I didn’t realize at the time, but after having Ryan, I was battling a bit of postpartum that lingered for a while. It came in the form of me being depressed about my body. So I made a rash decision. The intention was just to have them lifted, but I came out with these bigger boobs I didn’t want. I got the most botched boob job on the face of the planet. They’re worse now than they were before. I would never do anything like that again, but I’m an advocate of if something makes you happy, who cares about the judgment?”

“He hasn’t invested a dime in my restaurant business…” Okay, but would investors met with Ayesha if she wasn’t married to Steph? I’m really asking. Again, I’m not saying she doesn’t work hard and have good ideas and run a quality restaurant – I’m saying that the Curry name has opened a lot of doors for her. Also: “That’s why my partnership with CoverGirl was special for me because I felt like I didn’t fit the mold…” Like, she’s a beautiful light-skinned woman. You know who has difficulty getting beauty contracts? Black models with darker skin. I’m not saying there isn’t a two-sided colorism within the African-American community, but let’s also point out that society as a whole has less of a “problem” with beautiful light-skinned/mixed race black women. They’re idealized within the beauty industry. 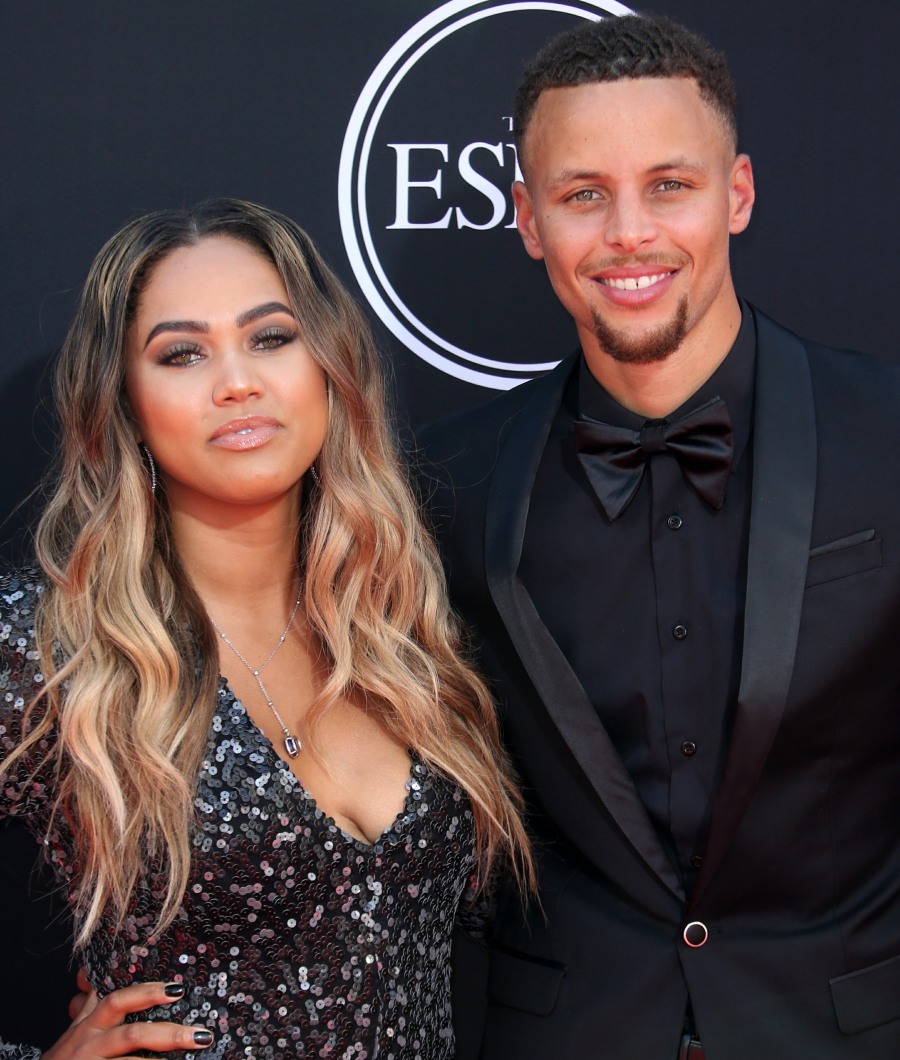 44 Responses to “Ayesha Curry: Steph ‘hasn’t invested a dime in my restaurant business’”