Embed from Getty Images
Elizabeth Banks is starring in a new scary superhero movie, Brightburn, which is a cool genre mix we’ve sort-of seen in Glass (I need to redbox that) and Unbreakable. She’s the mom to kid with superpowers who becomes evil and she says it’s like a villain origin story. The trailer looks good and I would see it in theaters. It’s out this weekend. In a new appearance on Kimmel, Banks talked horror movies, one of my favorite subjects.

Do you like scary movies? What’s your favorite?
I like Dawn of The Living Dead. I like a lot of zombie movies. I also like Exorcist, old school movies. My first was Poltergeist which is also scary because it’s about everyday things like the static in the TV and the doll that comes to life… We got HBO for free month when I was [a kid]. Ten minutes into [Poltergeist] we watched it from behind the couch so we could hide if we didn’t like something.

That’s how I still watch horror movies [behind my hands]
I love it. There’s a shot in Brightburn of this guy’s face falling apart that made me so happy.

Kaiser is like Kimmel she can’t watch horror movies. She loves GoT though (or she did before it went off the rails) so go figure. Like Elizabeth I love zombie movies and will watch any sh-tty zombie movie or series, and I also love horror. We also had HBO when I was growing up and Poltergeist similarly scared the sh-t out of me. Maybe it was just my age, but it seemed too real and creepy. Ooh you know what’s like Elizabeth described, horror but with everyday things, the new show Chernobyl on HBO. It is SO scary, it has amazing atmospheric horror that just rivets you, and the most compelling part is that it’s based on a real story. Sorry for going on a tangent. Elizabeth is one of us. I felt her joy at loving the face melting scene. I like horror because you can just get scared sh-tless and forget your problems for a little while.

Elizabeth also talked about Charlie’s Angels, which she wrote and directed and which is out in November. She said the name Bosley is now a job title like “manager/handler” and that there are several Bosleys in the movie including her, Djimon Hounsou and Patrick Stewart. I didn’t really get it, but I’ll still watch it.

Also, Shrill got renewed for a second season. That’s on Hulu starring Aidy Bryant and based on Lindy West’s memoir and Elizabeth is a producer. 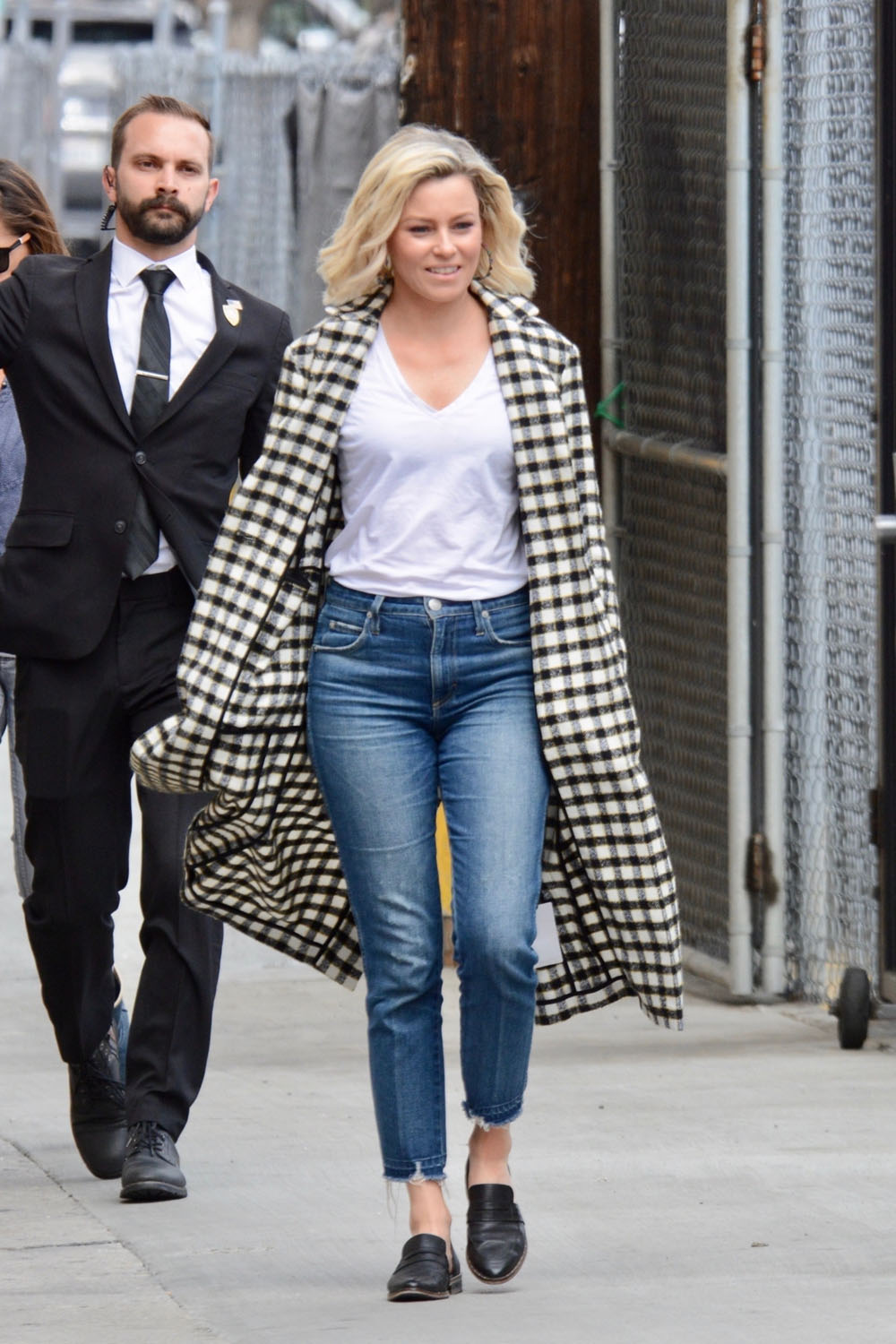