Lily James in Burberry at the ‘Yesterday’ London premiere: cute or tragic? 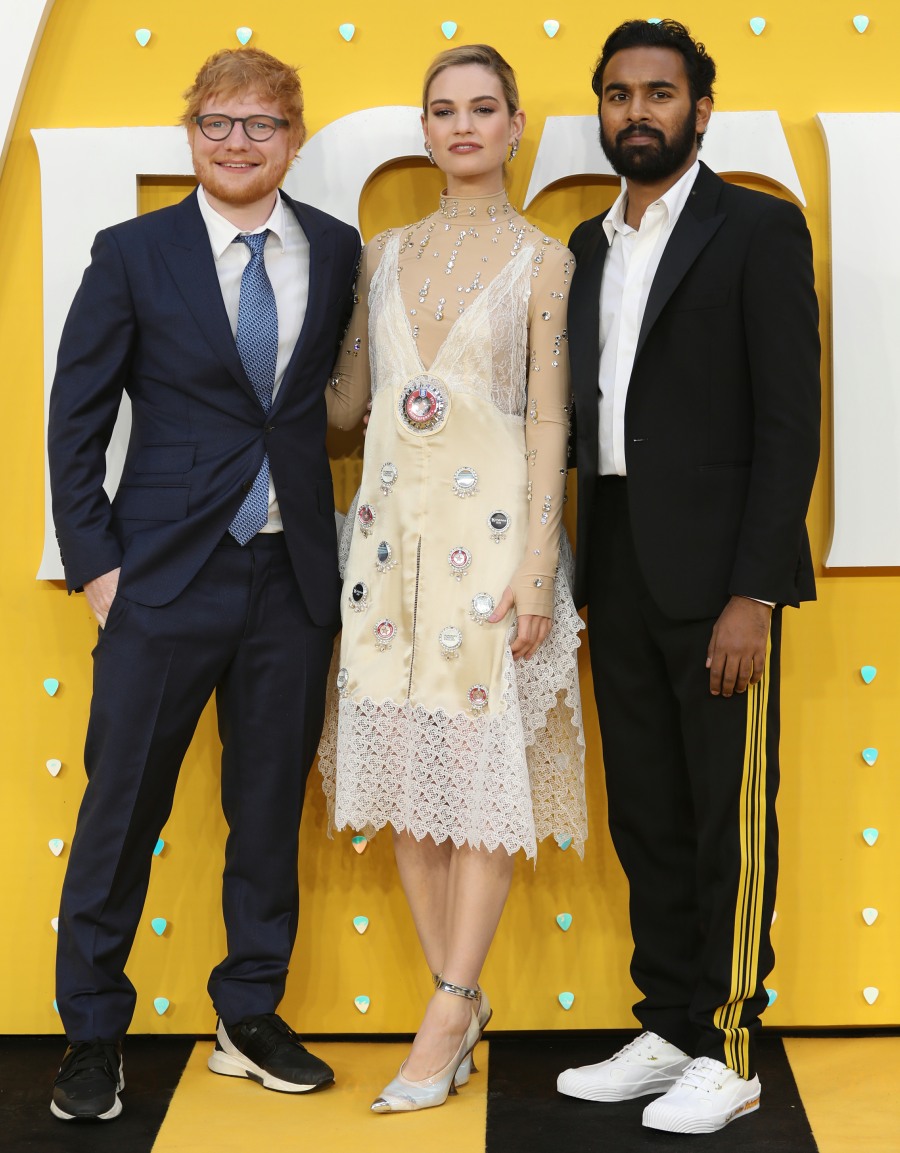 Here are some photos from last night’s London premiere of Yesterday, the latest film written by Richard Curtis. I thought Curtis directed it too, but he’s only credited as screenwriter and producer. Danny Boyle directed this, which is… interesting. Yesterday is about a guy (played by Himesh Patel) who is a down-on-his-luck singer/cover artist and something magical happens and the Beatles never existed and so he takes credit for all of the Beatles songs he remembers and he ends up becoming the biggest musical act in the world. It’s a great statement about music today and the legacy of the Beatles actually – you could drop any and all of their hits right now and those songs would still be major. Honestly, when I saw the trailer for Yesterday, I was mostly astonished that Paul McCartney, Ringo Starr and Yoko Ono would all allow the film to use these songs. That’s what I kept thinking about. But here’s the trailer:

I mean, I got goosebumps, but that’s the power of those Beatles songs. Anyway, as for the premiere… as you can see, the stars are Himesh, Lily James, Ed Sheeran and Kate McKinnon. Lily wore this absolutely awful Burberry dress, yikes. 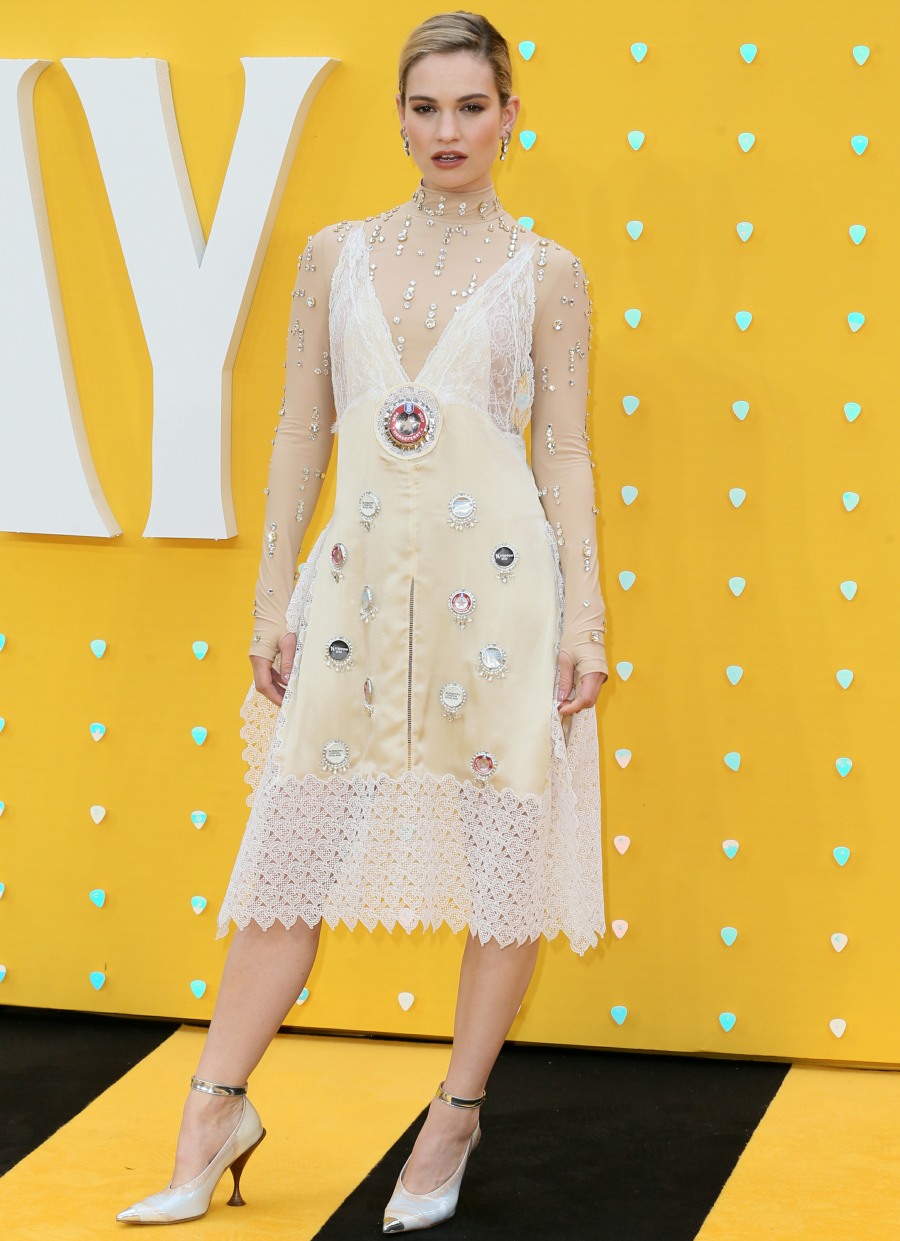 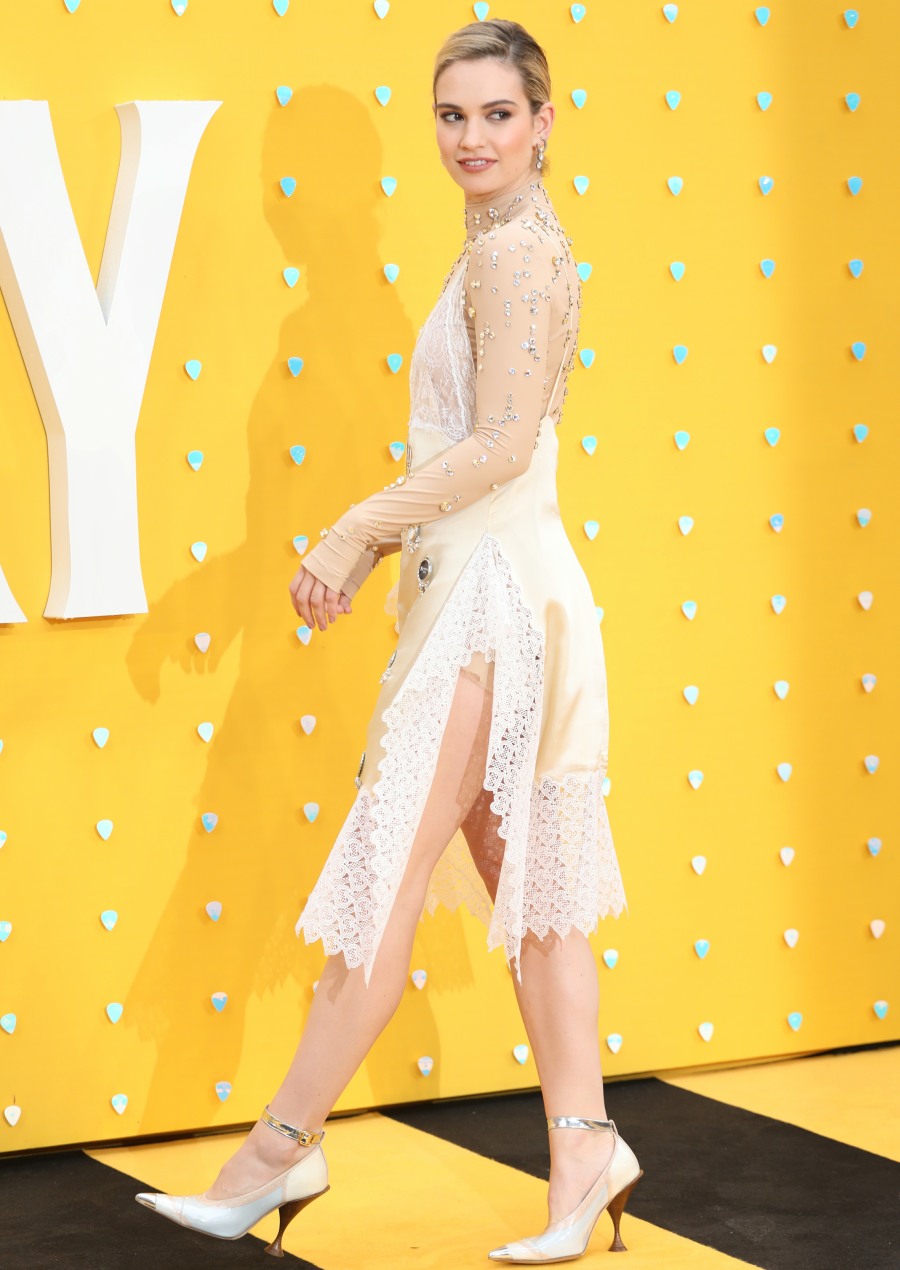 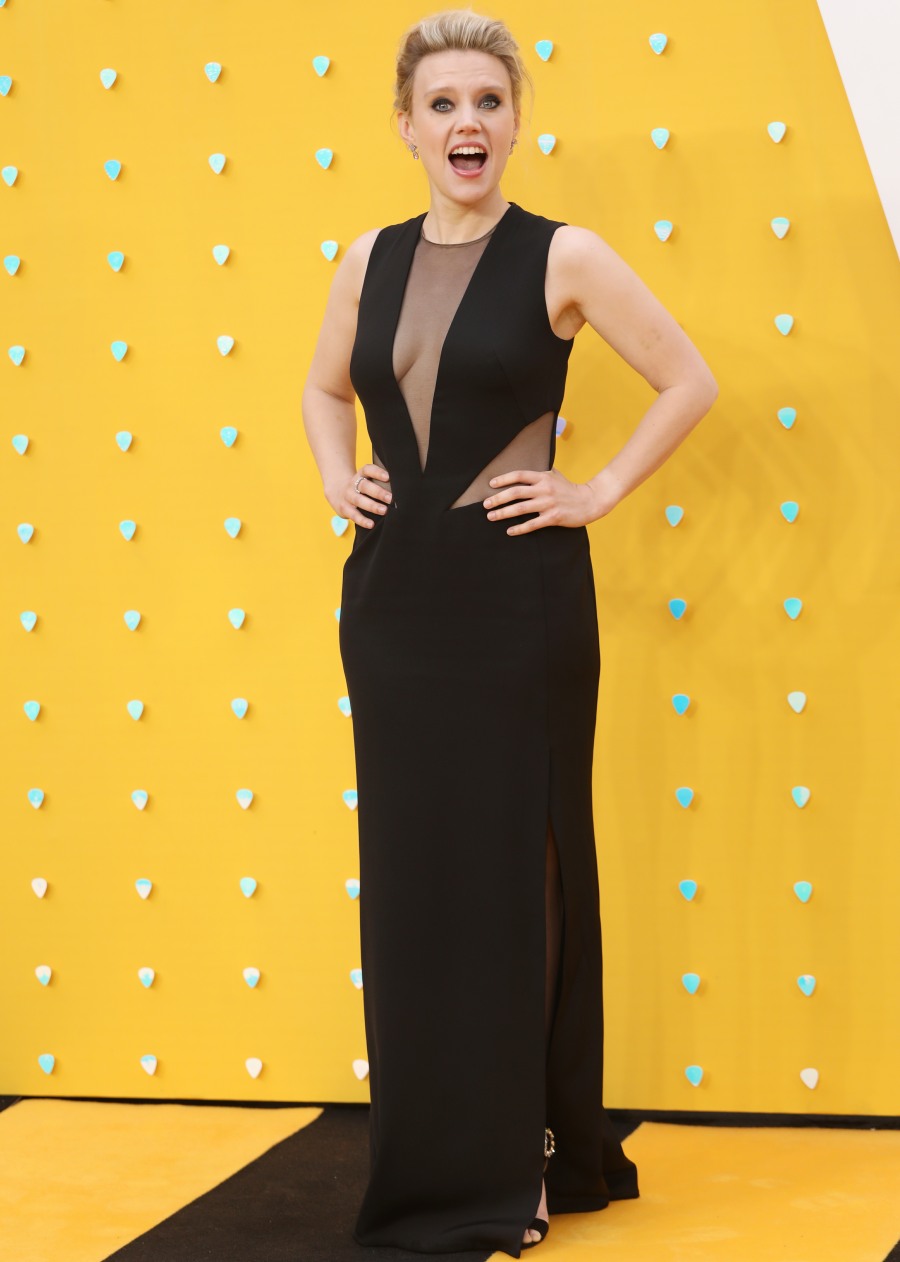 Here’s Himesh Patel, who plays the guy who remembers all of the Beatles songs. He’s a cutie, right? 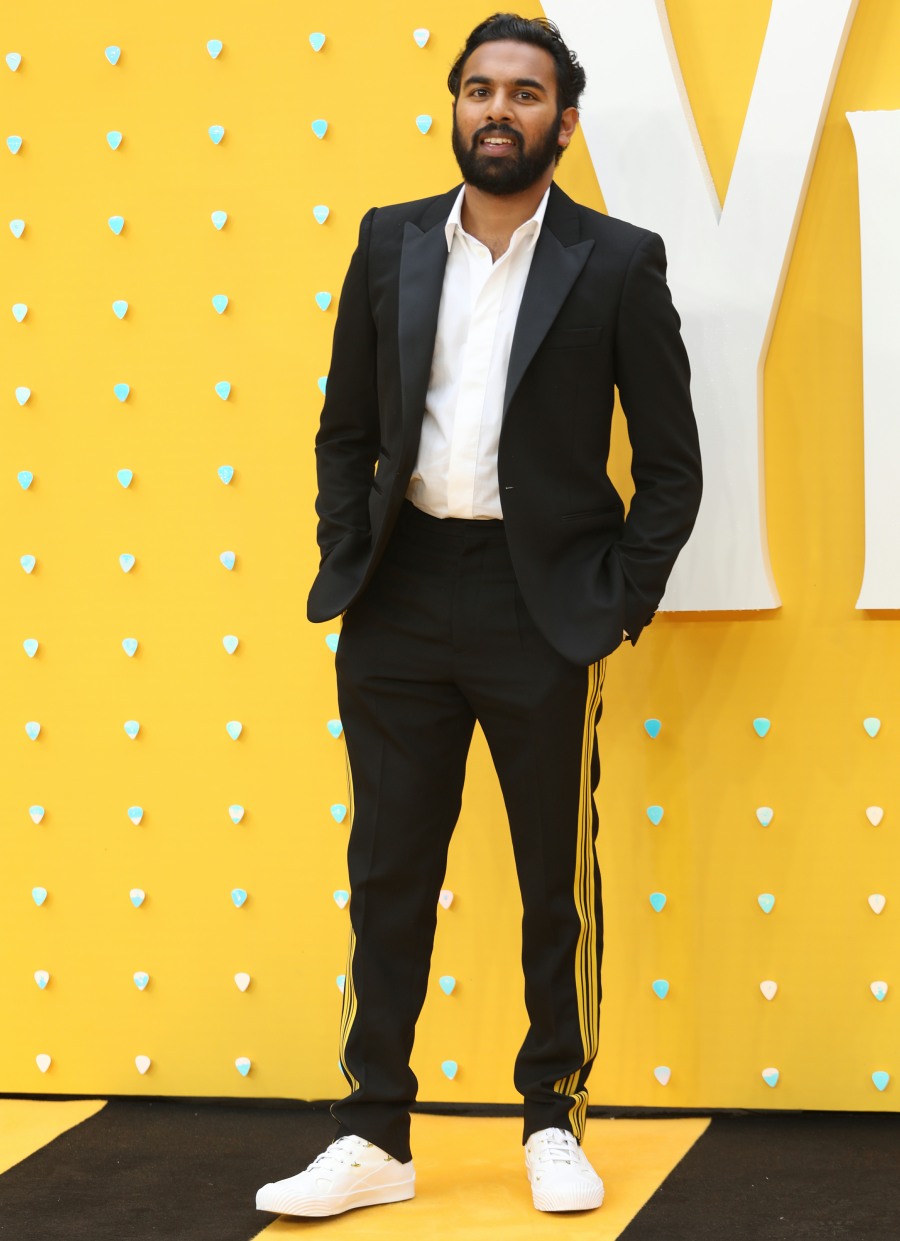 I guess I like that Ed Sheeran dressed up? 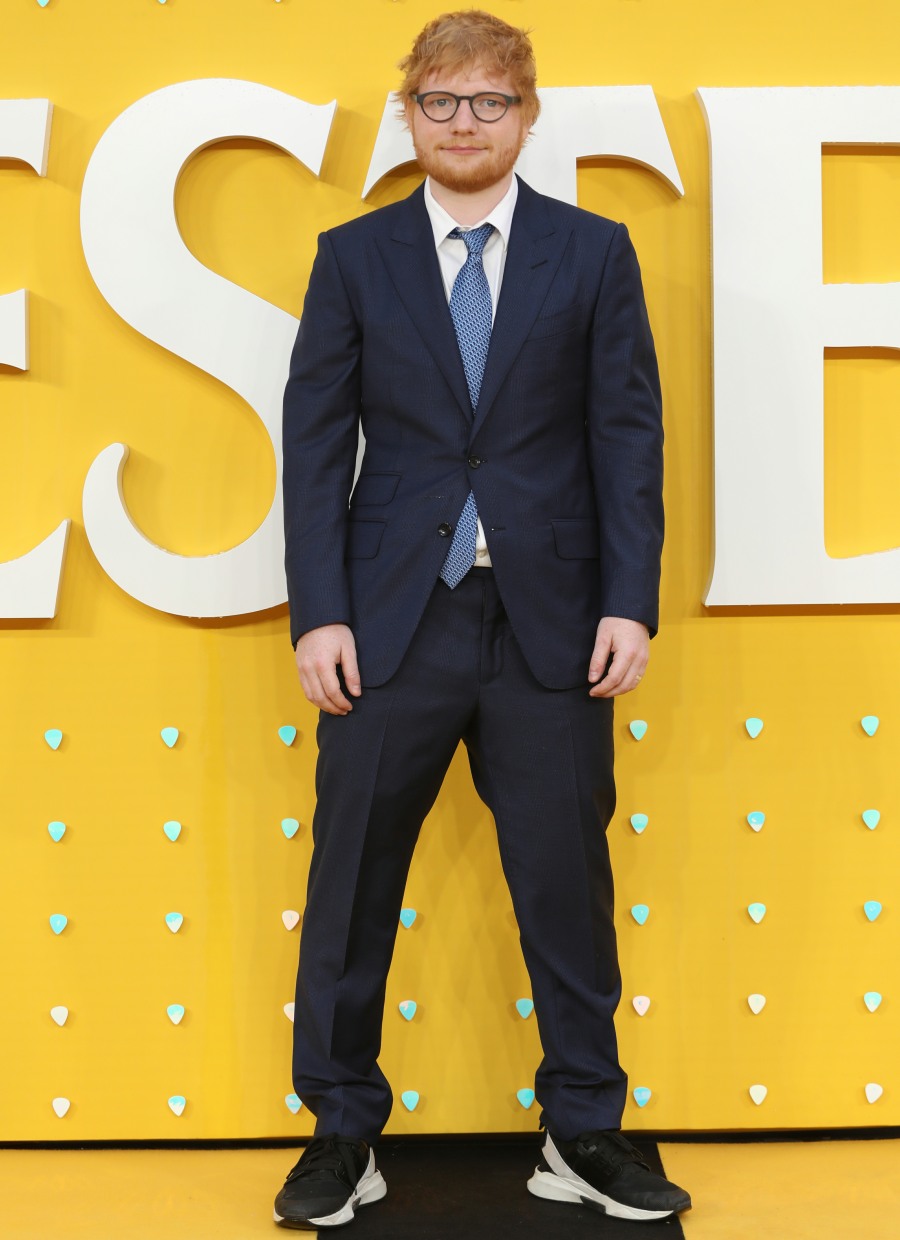 40 Responses to “Lily James in Burberry at the ‘Yesterday’ London premiere: cute or tragic?”