The Obama family will visit George & Amal Clooney in Como, Italy this weekend 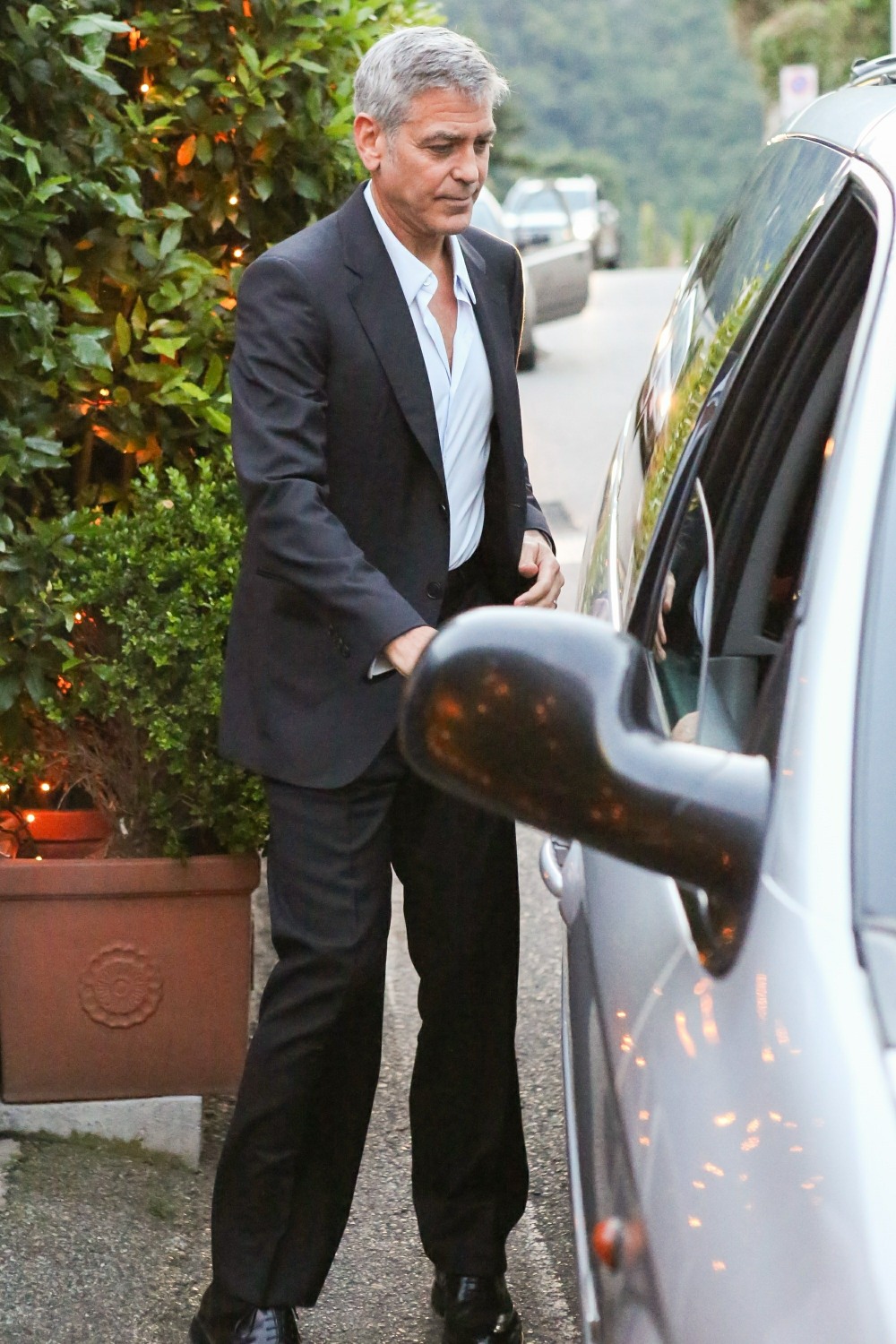 If there’s one thing that Americans don’t understand, it’s how fully-grown adults can “take a summer off.” It’s just foreign to us and our work-centric culture. We’re flabbergasted when we see Europeans arrange for two-month holidays away from it all. Well, George Clooney has been trying to adopt that whole European-summer thing for a while. For about 15 years now, he’s owned a beautiful villa in Como, Italy. And come hell or high water, he always schedules a break in the summer so he can spend a good two months in Como. It’s become a thing with his friends too – everybody in his circle tries to make the journey to Como for a few weeks to relax and hang out with George, and now Amal too.

All of which to say, George and Amal’s summer vacation has already started. George did the promotion for Catch-22 and he must have scheduled nothing for at least two months afterwards. These are photos of George and Amal out to dinner at Gatto Nero’s in Italy. Amal’s tiered minidress is…not as cute as she thinks it is. But they look happy and good for them. The Italians love George in particular, you know. They call him Giorgio and he’s been fully adopted into Italian life. Apparently, the Clooneys are expecting some special guests this weekend:

There aren’t too many scenarios one could imagine that would necessitate the creation of a 300-foot “exclusion zone,” for which an actual fine is incurred on any “vessel or vehicle” that infringe on a 300-ft radius of a particular spot—but such will be the case this weekend, according to the Daily Mail, when the Obama family descends upon the Clooney enclave at Laglio on Lake Como.

The outlet reports that the former president and first lady, as well as daughters Malia and Sasha, will be making their way to Italy, hopping on a private jet to Milan, from Provence, where they were reportedly staying at a $60,000-per-week villa in the country’s wine region. The Obamas are expected at the charity dinner for the Clooney Foundation for Justice on Saturday evening.

When the high-profile family does arrive to hang with the Clooneys, locals hoping for a blurry (but chic!) long-lens Instagram Story of the group will be out of luck. The Laglio governor has imposed a fine of approximately $565 on anyone who gets within 300 feet of the villa, which is typically accessible to the public. The mayor confirmed to a news outlet that there were added security measures being implemented for the occasion: “The parking lot at the back of Villa Oleandra will be closed for two days, Saturday and Sunday, because it should be available for the security service cars. In the territory and also on the lake, numerous men and law enforcement agencies will be in service,” he said to Estadao. A nearby beach and local pier will also be closed over the weekend, save for boat owners, and the water around the villa will also be included in the exclusion zone. The Daily Mail also reports that there is a “warning to potential drone pilots” aiming for overhead shots.

The mayor seems excited, though, about the boon this could provide to the area, calling it “an exceptional promotion for our territory and a great honor,” even if there are logistical complications. “For such a great honor, there is a price we must pay,” he said.

The Obamas are SO missed, aren’t they? Europeans are like “PLEASE COME BACK.” Yeah, we feel the same way. As for this trip to Como, I bet Michelle and Barack will enjoy it. But will there be any young people around for Malia and Sasha? 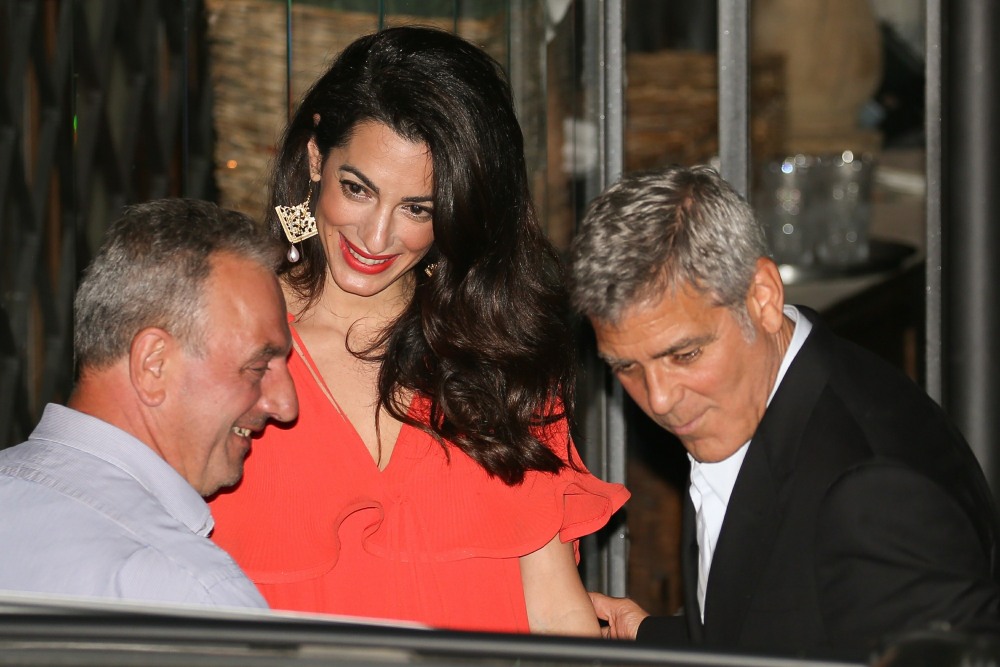 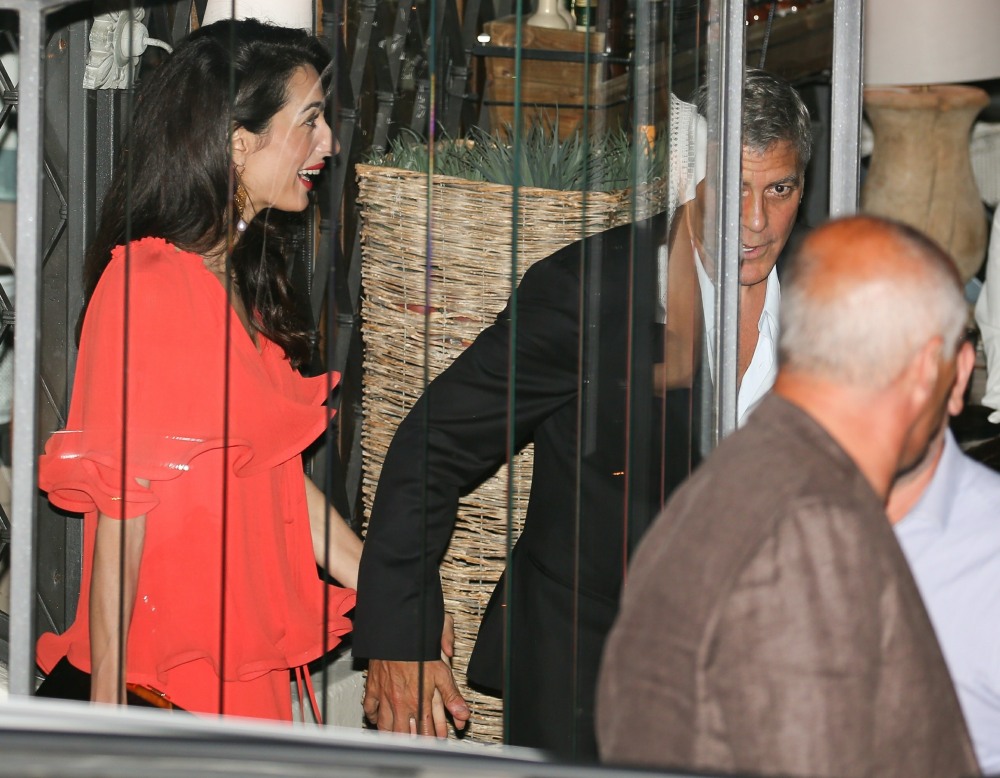 32 Responses to “The Obama family will visit George & Amal Clooney in Como, Italy this weekend”