Naomi Watts in Erdem at ‘The Loudest Voice’ premiere: cute or budget? 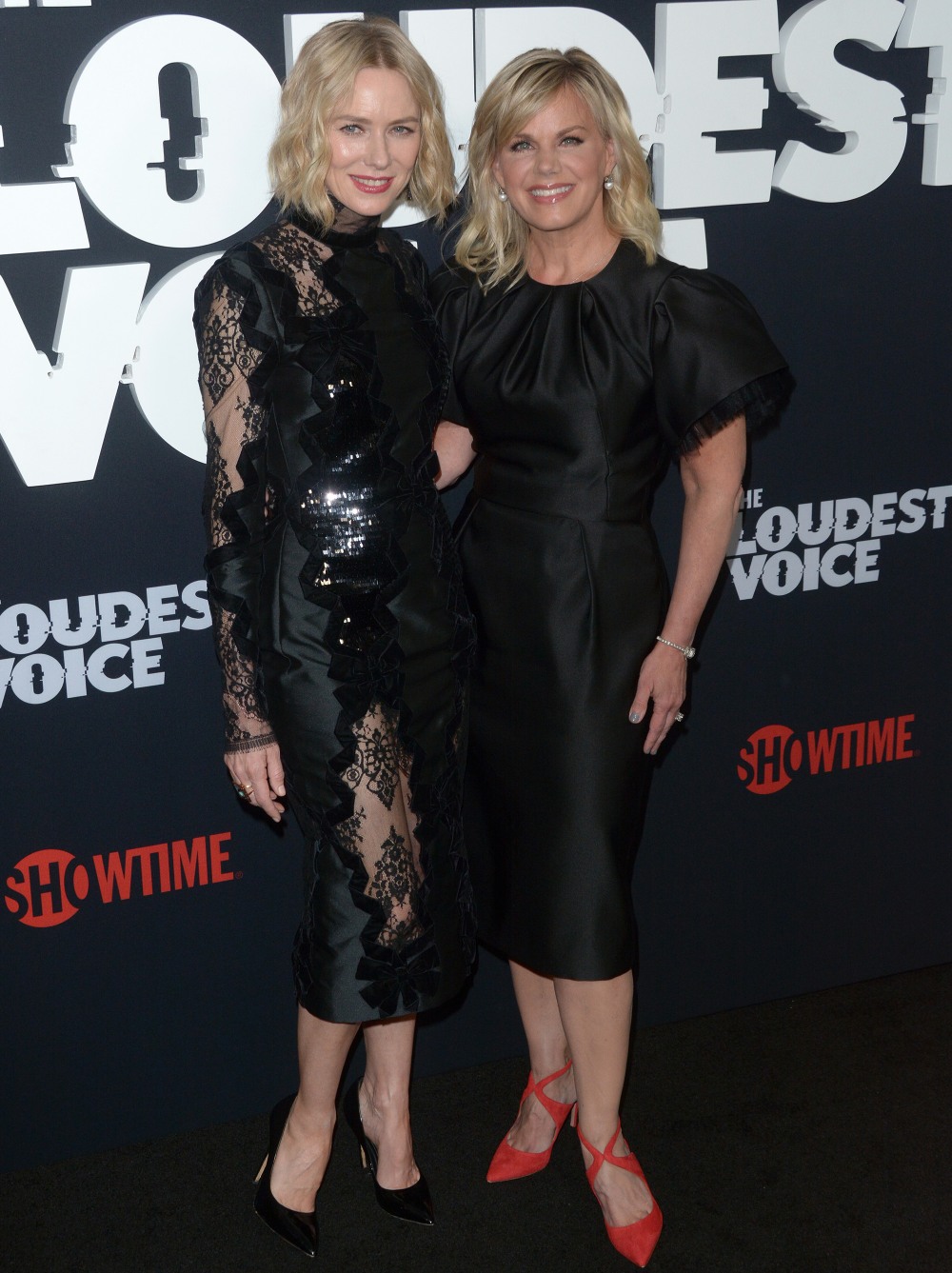 Have you seen the trailer for the miniseries The Loudest Voice? It makes my stomach turn. Russell Crowe plays Roger Ailes, the gropey predator honcho of Fox News. It’s about the rise of Fox News and all of the women Ailes abused, harassed and victimized personally and professionally. Sienna Miller plays Beth Ailes, Naomi Watts plays Gretchen Carlson (who was the first to sue Ailes), Annabelle Wallis plays Laurie Luhn. Here’s the trailer:

This is the same thing that annoyed me about Gary Oldman’s Winston Churchill drag: why not just hire an actor who, you know, looks like Roger Ailes? And why did they hire Sienna Miller only to give her 30 pounds of prosthetics too? You know it’s actually possible to hire – GASP! – a middle-aged woman to play a middle-aged woman, right?

Anyway, here are some photos from last night’s premiere in New York. This is the oddest collection of premiere attendees. Huma Abedin mixing with Russell Crowe and Gretchen Carlson? Sure.

Fashion notes: Naomi wore Erdem, and bless her heart, I never like what she’s wearing. I don’t have the IDs for Sienna or Annabelle’s looks, but they look… okay. Annabelle looks overly fake-tanned and Sienna looks a bit tired. Seeing as how the ladies got all dolled up, it would have been nice if Russell had worn a proper suit instead of those jeans. 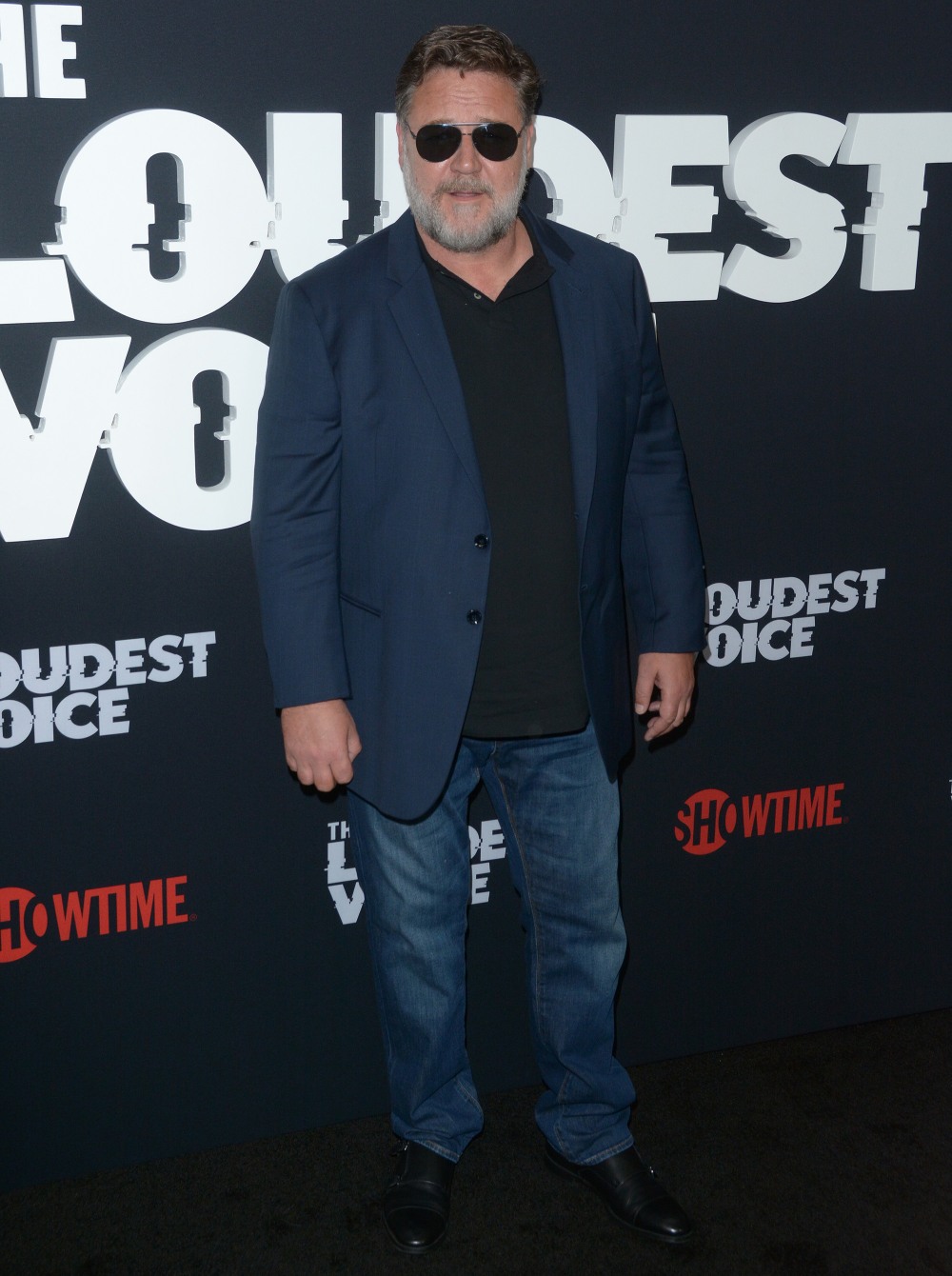 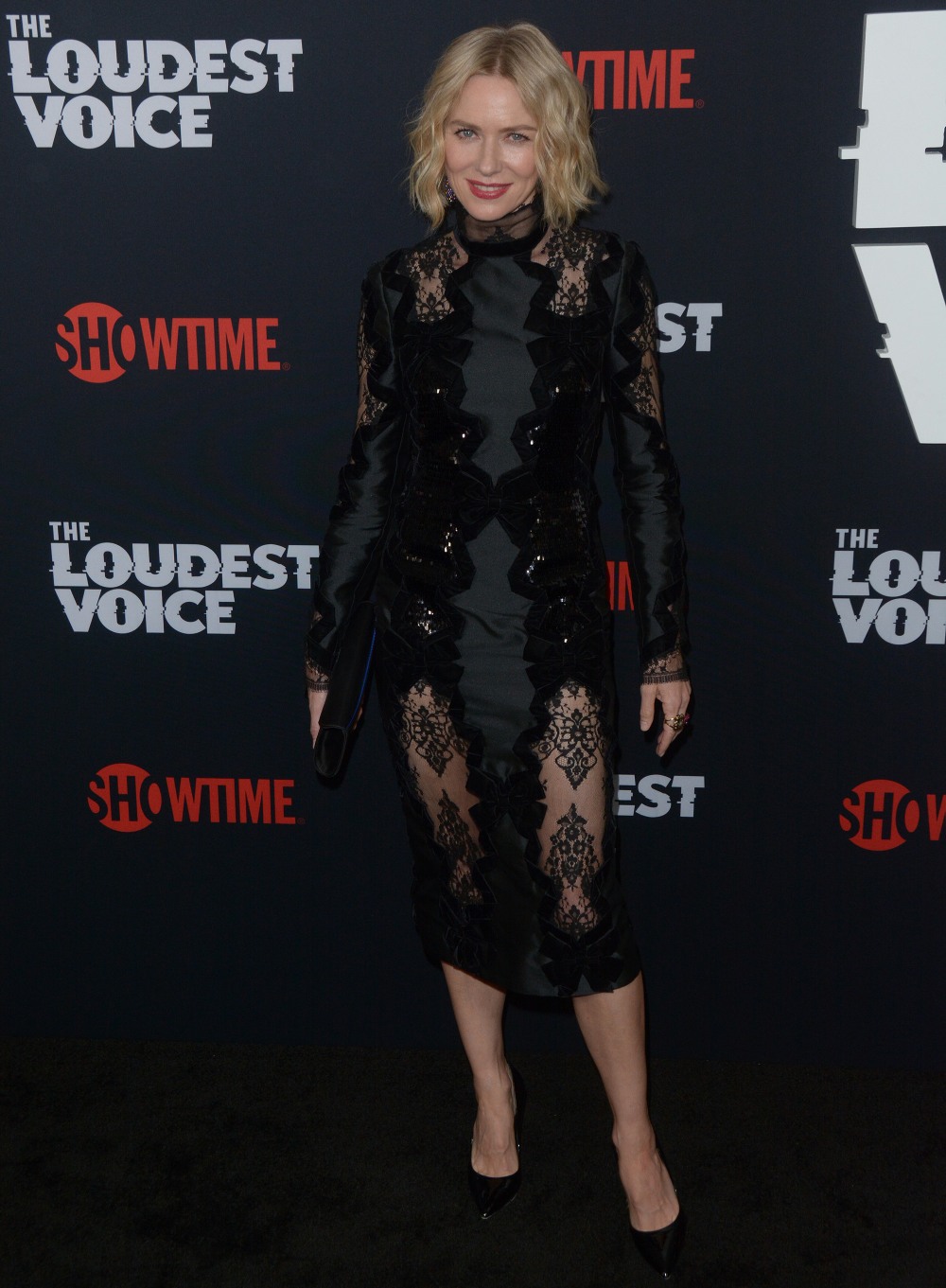 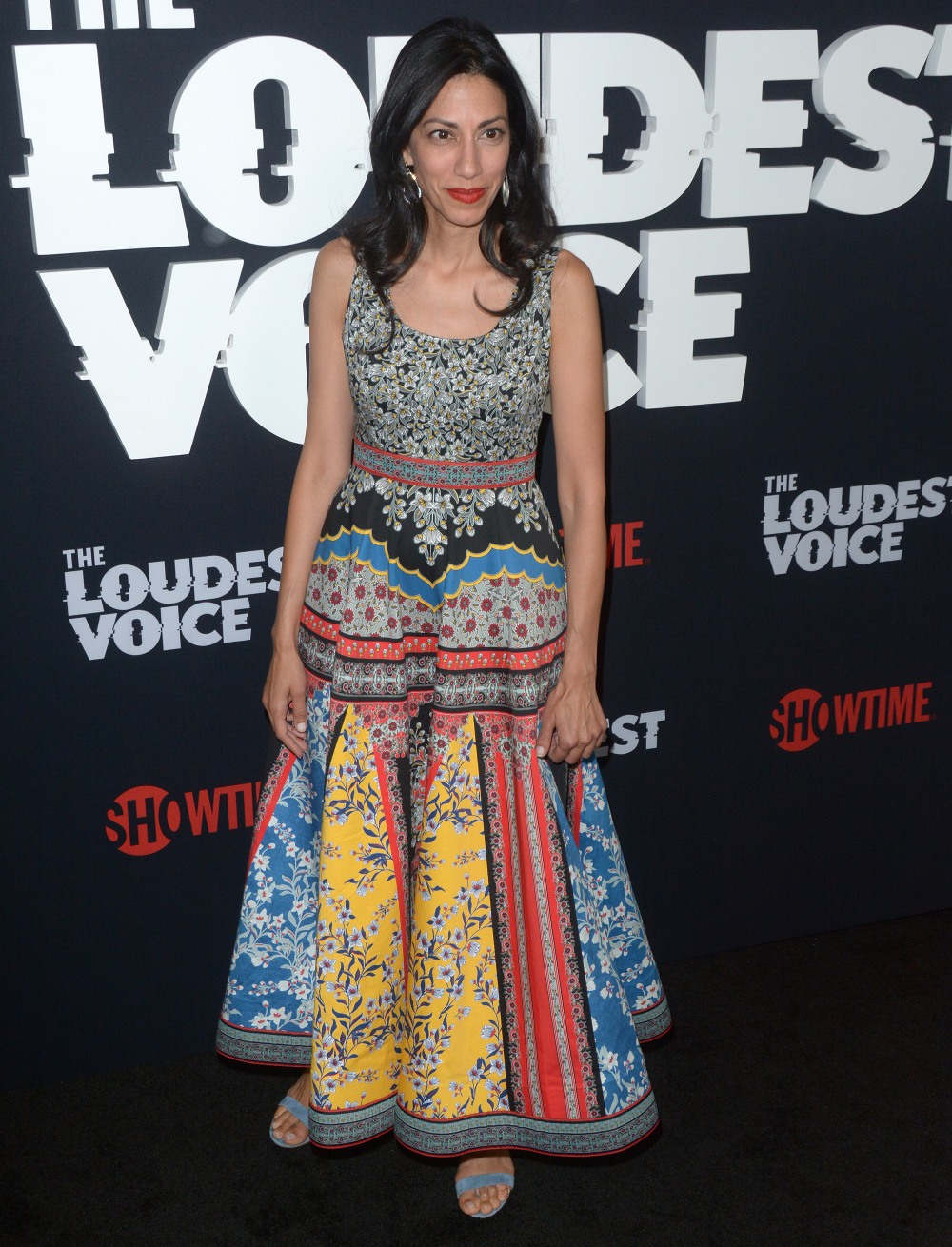 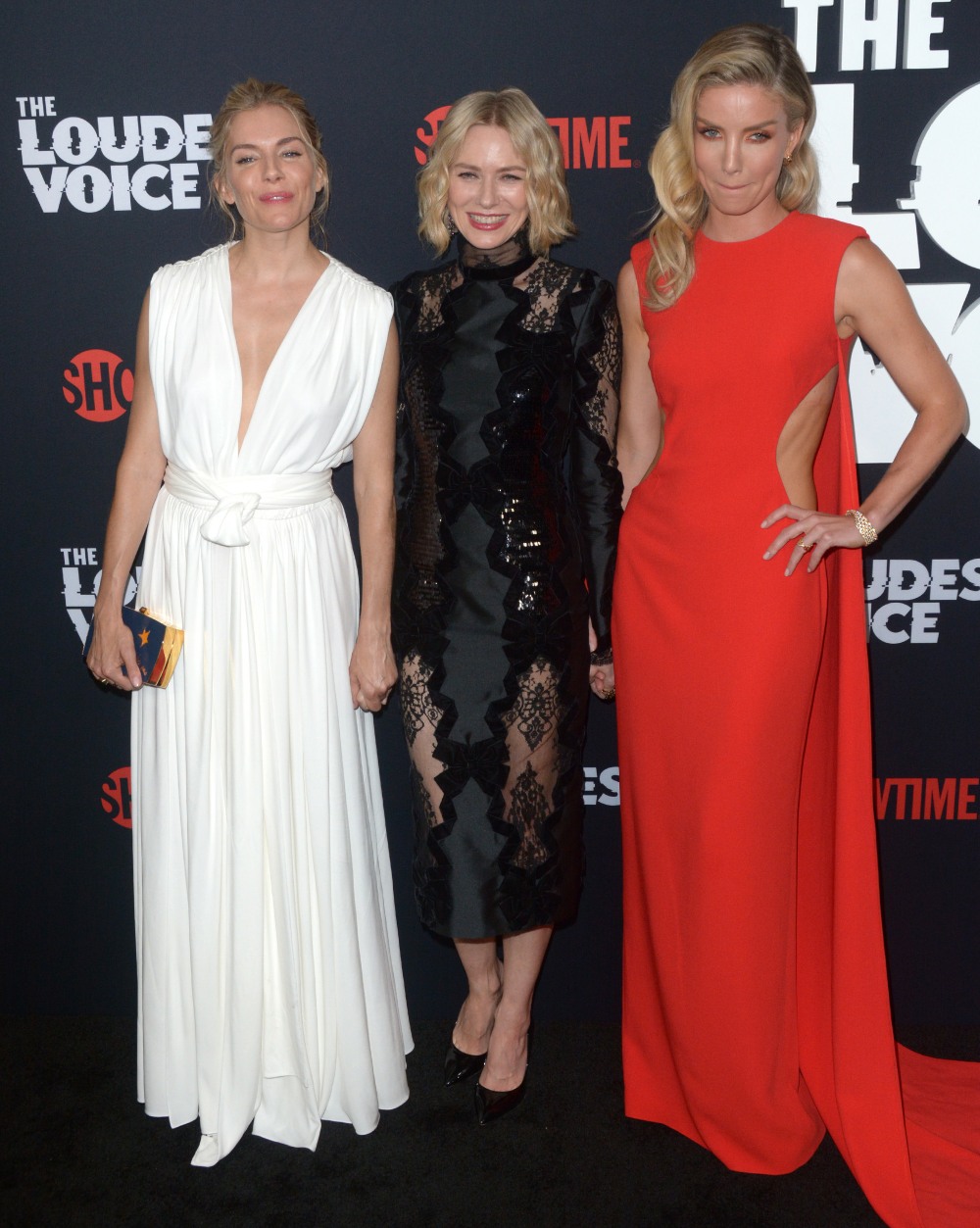 13 Responses to “Naomi Watts in Erdem at ‘The Loudest Voice’ premiere: cute or budget?”