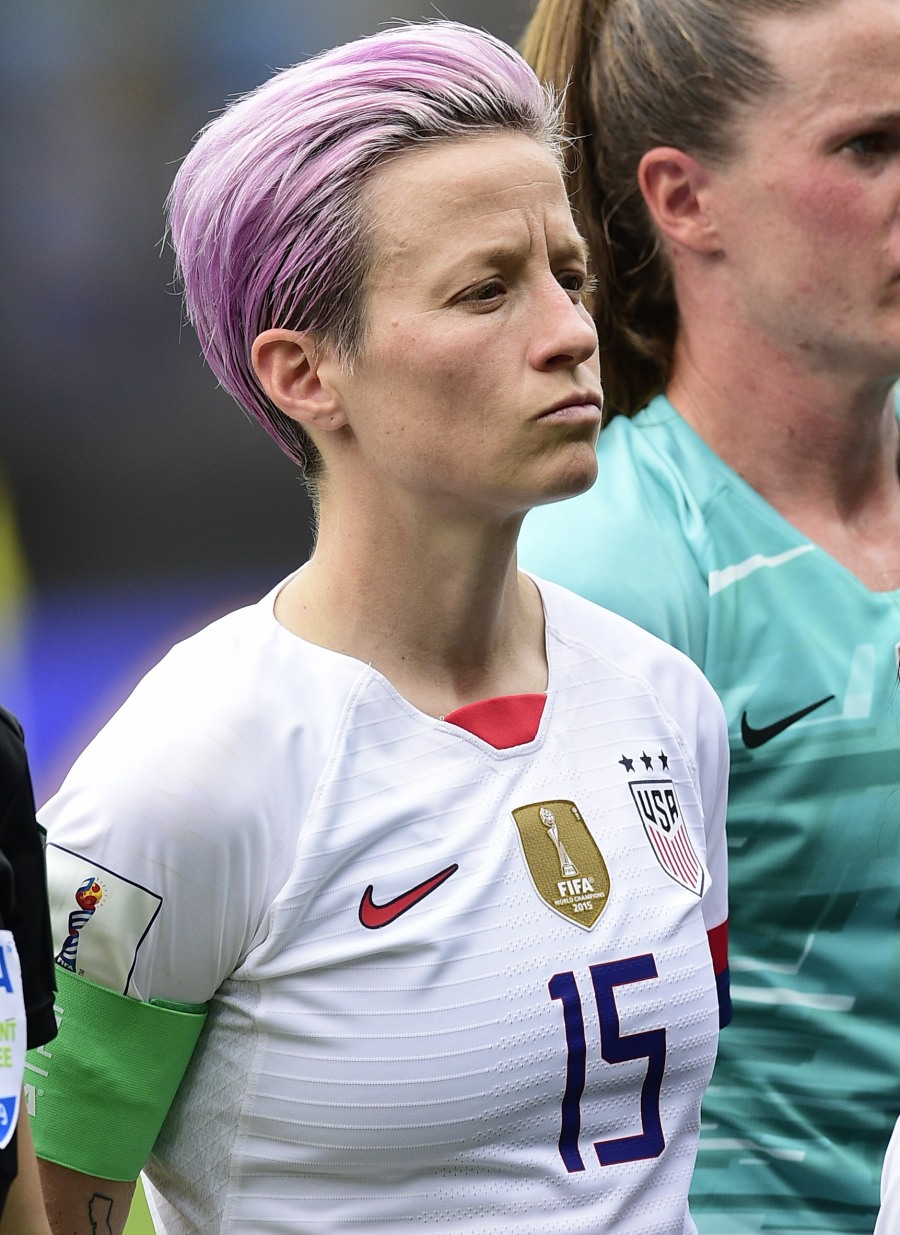 Megan Rapinoe is a goddess. She really is. The almost-34-year-old soccer player is one of the co-captains of Team USA in the World Cup. She has been killing it, game after game during the World Cup. She’s such a striking figure too – the beautiful, out-lesbian with the pale violet hair moving across the field with grace and agility of a ballerina. Rapinoe has also continued her various anthem protests, which she’s been doing for years, in support of Colin Kaepernick and in protest of this administration, in protest of police violence and a lot more. Even at the World Cup, Rapinoe has not put her hand over her heart or sung along with the anthem. She hasn’t kneeled, but sure, it’s notable that she’s “protesting.” The conservative media has been trying to make it into a thing. This week, Donald Trump got in on the “insulting Megan Rapinoe” game:

President Trump criticized one of the co-captains of the US Women’s World Cup soccer team for protesting during the national anthem at the team’s games during the tournament in France. Trump, who has been outspoken about protests by NFL players during the anthem, made the comments about 33-year-old Megan Rapinoe to The Hill during an interview Monday.

“No. I don’t think so,” he said when asked if he thought she should be protesting. Trump made the comments hours after the women’s team beat Spain 2-1.

Rapinoe has refused to sing “The Star-Spangled Banner” before each of the matches during the tournament as a protest of injustice in the United States. In the past, she has even knelt at other US national team games during the anthem.

Well, that was sort of lukewarm diss by Trump, probably because Rapinoe is a white woman. We can only imagine what he would have said about her if she was brown or black. Anyway, it’s clear that Rapinoe is pissing off all the right people. She knows it too. She was interviewed recently (I think this was pre-World Cup, but the video just came out) and asked if she would go to the White House if invited. Her answer: “I’m not going to the f–king White House.”

Q: “Are you excited about going to the White House?”

Megan Rapinoe: “I’m not going to the fucking White House.”pic.twitter.com/OosAQMjYsh 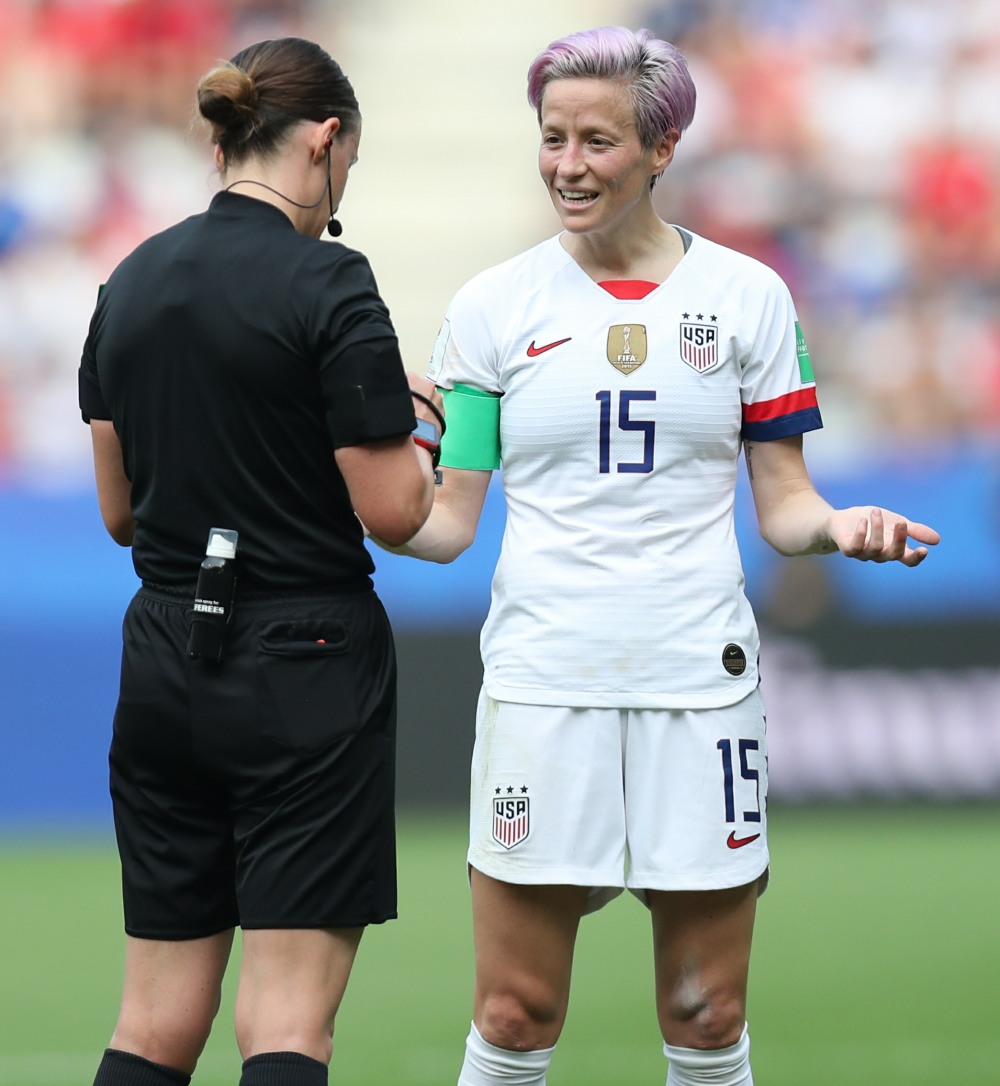 74 Responses to “Megan Rapinoe, patriot: ‘I’m not going to the f–king White House’”