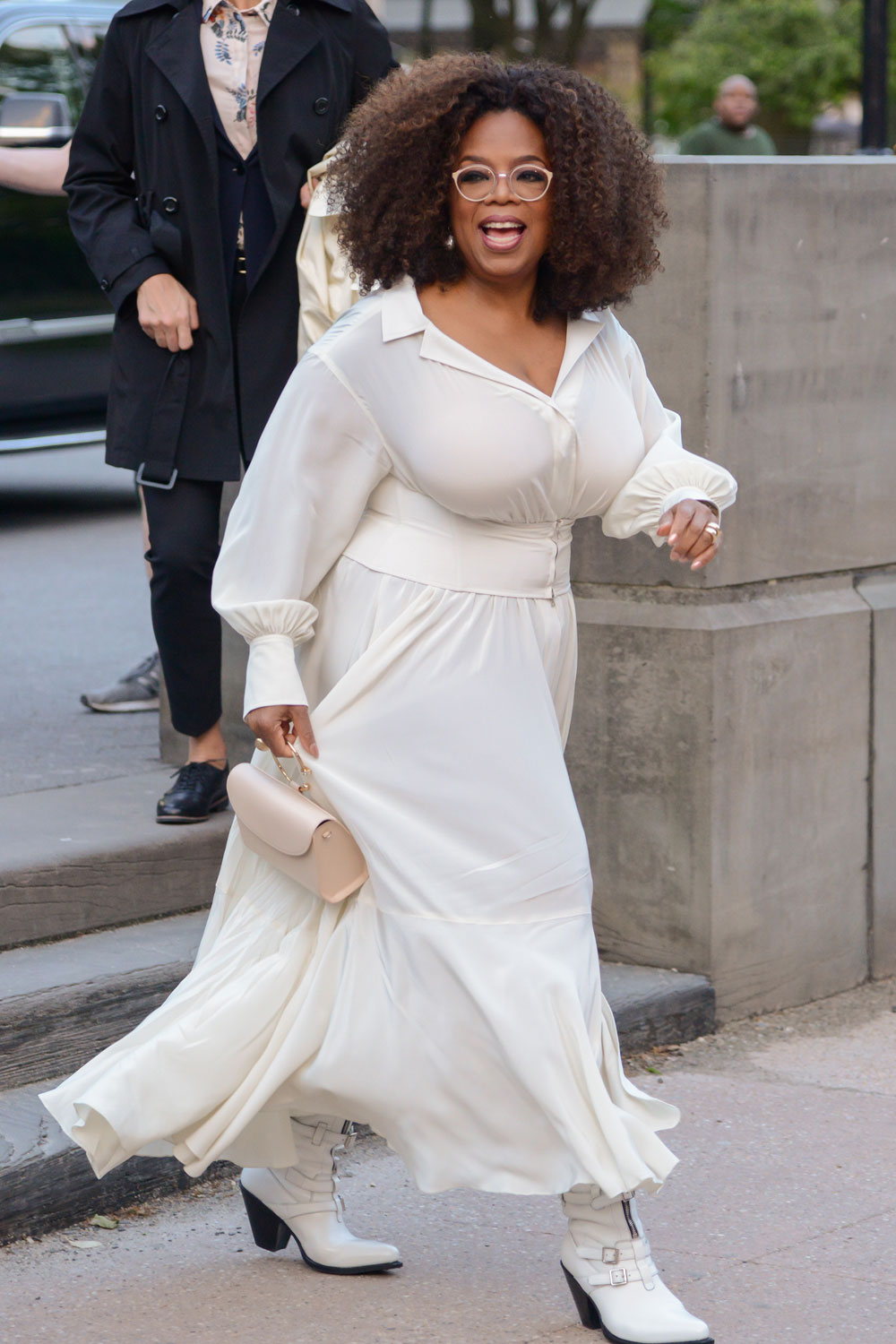 Last November, WW ran a contest: If you signed up for the program by mid-December or invited a friend who then signed up, you would be entered in a contest to win a trip for two to Maui. The selling point, beyond the trip to Hawaii, is that you and your guest would get to have lunch with Oprah. Those 10 winners and their guests visited Oprah at her home last Friday! People has more:

A hearty coconut water cheers to losing weight — and celebrating it with Oprah!

Ten WW members got to share the toast of a lifetime on Friday after being flown to Maui to spend the day — and share a meal — at Winfrey’s private home on the Hawaiian island.

Selected as part of a contest, the WW members were all at different stages in their weight loss journeys. One woman has lost 145 lbs., while another lost 9 lbs., but regardless of how far they have come, they’re all feeling healthier.

Winfrey, who has lost 42 lbs. herself since she became a shareholder in the company back in 2015, said that she loved meeting people who are as enthusiastic and “happy” about the program as she has been.

“The highlight for me is being able to have people express their sense of celebration and pride in their accomplishment,” the media mogul, 65, tells PEOPLE exclusively. “It’s not a diet, it’s a lifestyle and to see how that lifestyle and taking steps to change the way you eat and how accountability for that eating changes everything about your life … WW is actually happening and manifesting in people’s lives in a way that makes a difference.”

The winners and guests got to meet Oprah’s horses, go swimming in her pool, and chat with Oprah after they’d all eaten together. Oprah said “that it was a major moment” to invite strangers to her home:

“This is one of the places that brings the most joy to me,” she says. “I actually have great reverence for this space and … I don’t share this with a lot of people. Some of my close, close, closest friends have been seated at this table. But l thought particularly for WW members who have been on this journey of self-improvement, self-evolvement, self-betterment for themselves that it would be a great reward to experience this because what’s really exquisite about this property is not the house, but it’s the sacredness of the land.”

Lucky them! I’d absolutely have lunch with Oprah; no one would have to ask me twice. If I were Oprah, though, I’d definitely be hesitant about inviting strangers to my home on the off-chance that some people would want to report back to the masses about the contents of my medicine cabinet or pantry. It sounds like she’s really happy that she hosted this gathering, and I hope that everyone had a great time.

I watched the video that Oprah posted on Instagram, taken as the group had just finished their “most fantastic lunch” (that Oprah said was probably no more than 8 WW points). She said that they were joined by butterflies and deer, too, because who doesn’t want to have lunch with Oprah? I was a bit distracted by what sounded like other chatter and then camera shutters, so I hope that the group did get some private time where they weren’t being observed by (I assume) WW folks, and possibly(?) some of the team at O.

I was just talking with a friend earlier about the policing that happens around people’s bodies, we were talking about women’s bodies in particular, and comments that people make about others’ weight. I’ll say that I’m glad that the WW program is working for Oprah (and for the contest winners). I know people who’ve tried the program and felt that it was successful, and others who’ve disliked it. Everybody is different, everybody’s vision of who they are at their healthiest, physically, mentally, emotionally, and spiritually, is different, so if a program like WW is a part of that plan, that’s fabulous. But, if it’s not, that’s fabulous, too.

This weekend I invited 10 members of @WW and their guests to my ranch in Hawaii…something I’ve never done before! They went hiking, swimming, and horseback riding and joined me for lunch and dinner. I was inspired by their stories because whatever weight they lost—from 9 to 145 pounds— gave them the freedom to live the life they most dreamed of. Check out my stories for more on the day. #OWandWW #wellnessthatworks

This ever happen to y’all…You start out on one side and get edged out of your own bed. #3dognight 😂 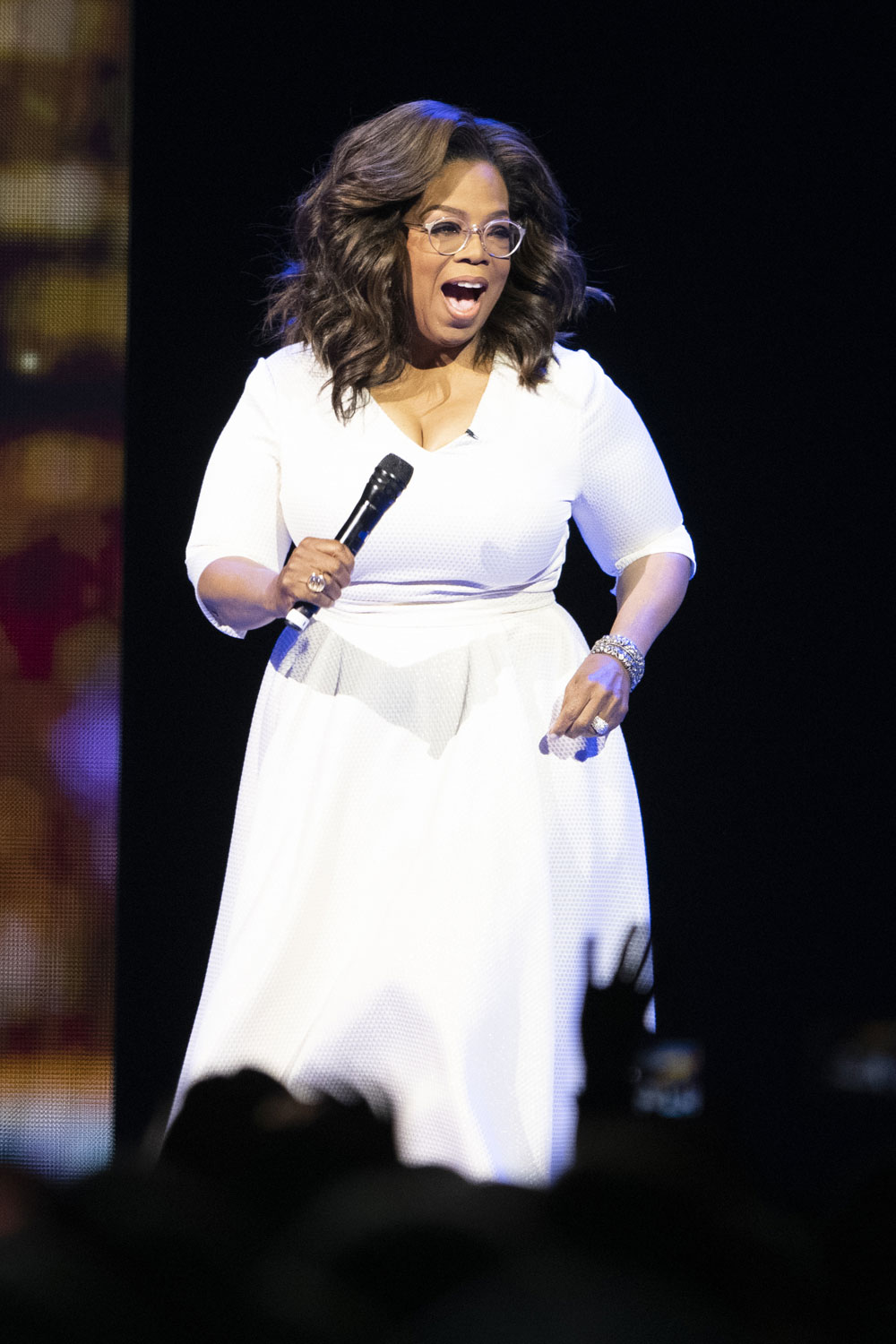 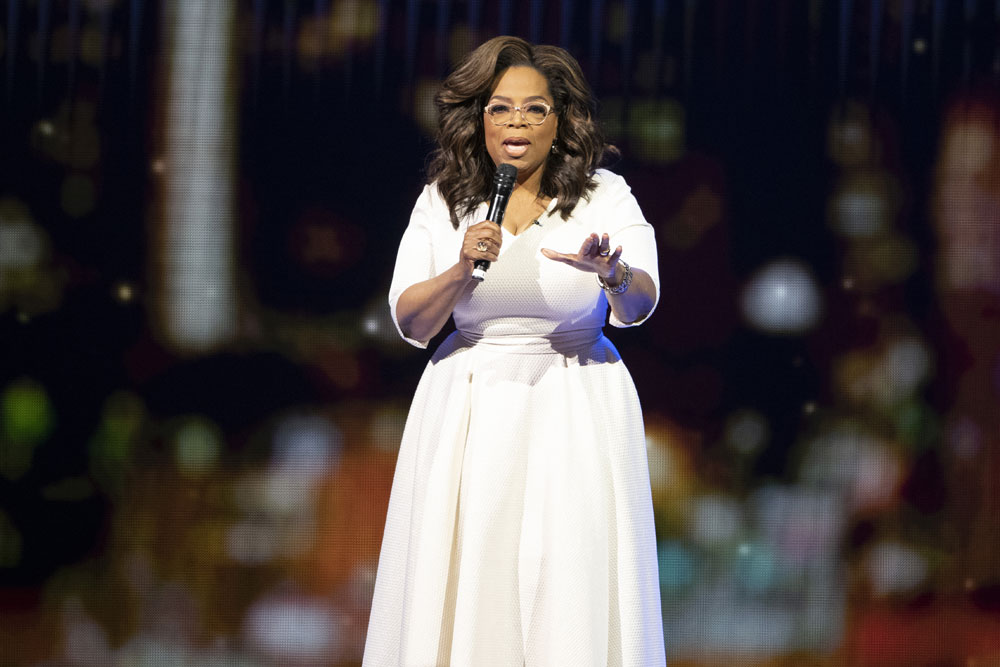