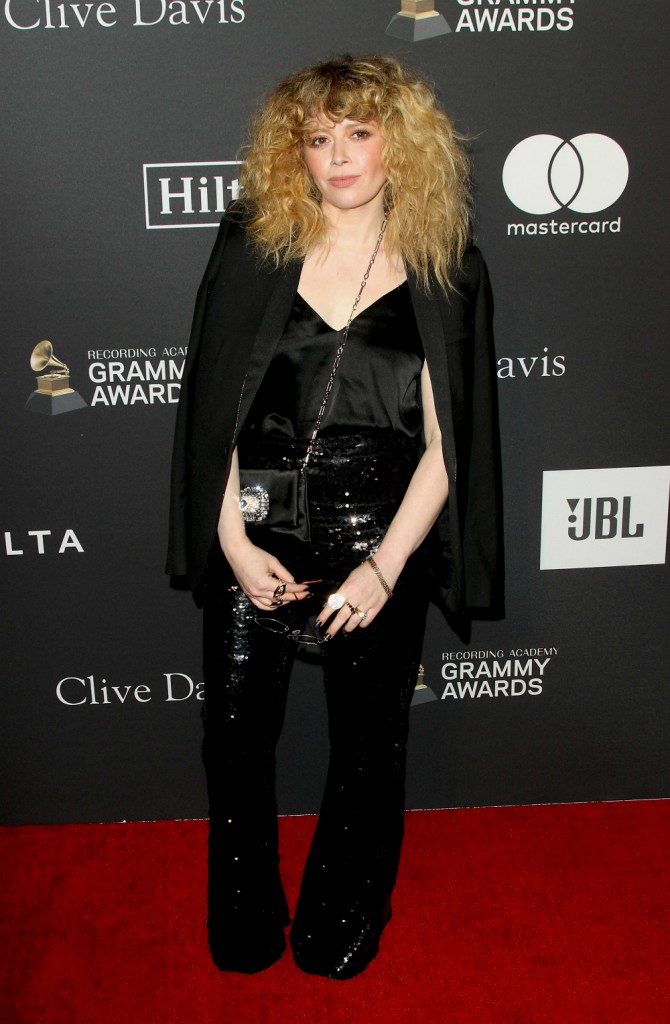 I was really happy with the Emmy nominations this year. I’ve only recently become an avid TV watcher and many of the shows I love were in the mix, so this is very exciting for me. I’m so happy for Schitt’s Creek, VEEP, The Good Place, When They See Us and definitely Russian Doll, which got 13 nominations, including one for its lead, Natasha Lyonne. Natasha, of course, also wrote and produced the show so this really is her baby. She deserves to revel in what I still find to be one of the most interestingly written storylines I’ve ever seen. And that weight of those 13 nominations are not lost on Natasha, who was a little overwhelmed with Tuesday’s announcements.

Congratulations on the nominations! How are you feeling?
It feels very, I don’t know the word that keeps coming to me, but it’s creatively affirming more than anything to know how hard we worked and how scary it was to dive into the deep end on this show. It feels very encouraging to keep on that train. I’m just in awe of life and all its curiosities. Life takes on so many different rides, and today is a very good day, a very encouraging, good day.

I think as a creator, as a writer, it feels huge knowing how hard everybody works at various phases of this. Amy [Poehler] and Allison [Silverman] as the writers of the show to be recognized — and it was such a beast writing this thing, and making sure that they’re all connected.

If you do happen to win, where would you put that award?
I would immediately donate it to science. I know that we’re all planning on moving to Mars very soon, because of environmental issues, so I want to make sure that the Emmy arrives there first. I’m hoping that other people are obviously considering that, you know, it’s important.

I feel like whatever this is, it’s definitely a heavily jinxing conversation so the superstitious person in me doesn’t really like this line of questioning, if I’m honest. I’m inclined to give you ridiculous answers because it feels too surreal to even consider.

Most inanimate object to find a home. I have my SAG Award from Orange is the New Black on the piano.

I’ll be a bit conflicted Emmy Night because Natasha is up for the same category as Catherine O‘Hara and Julia Louise-Dreyfus. Julia has won it so many times but the last season of VEEP – and her work in it – was so, so good. But I’d be okay if she didn’t win and I’m almost positive Julia would be too. And speaking of okay, I bet every woman in that category would be just fine with it going to Catherine, who should have all the awards. But I would really like to see Russian Doll get the win for writing. I love that Natasha’s superstition prevents her from giving totally straight answers. I wish I could be that clever off the bat.

Some of Natasha’s early work, American Pie just celebrated its 20th anniversary. Natasha told Lola Ogunnaike of Couchsurfing that she turned the film down several times before agreeing to do it. She didn’t care about the sex or other mistreatment of fruit desserts, but the general “fratty, suburban high school experience,” that she couldn’t identify with. And when Lola asked her what made her say yes in the end, Natasha very honestly said it was the money. But like Natasha said, that film funded her independent film career for quite some time, so I think we all won there. 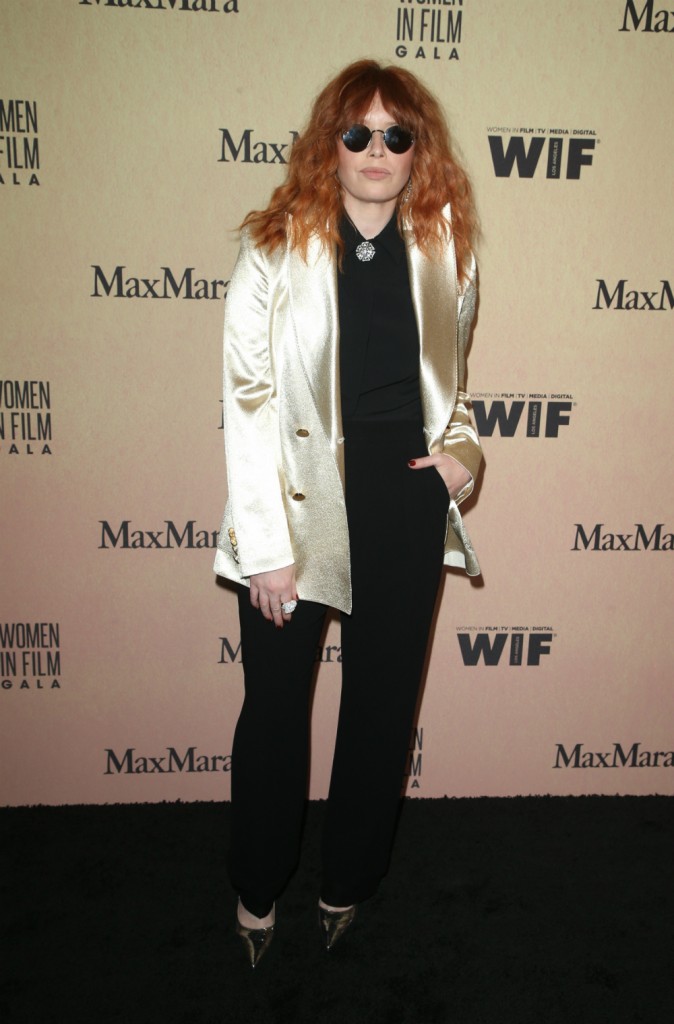 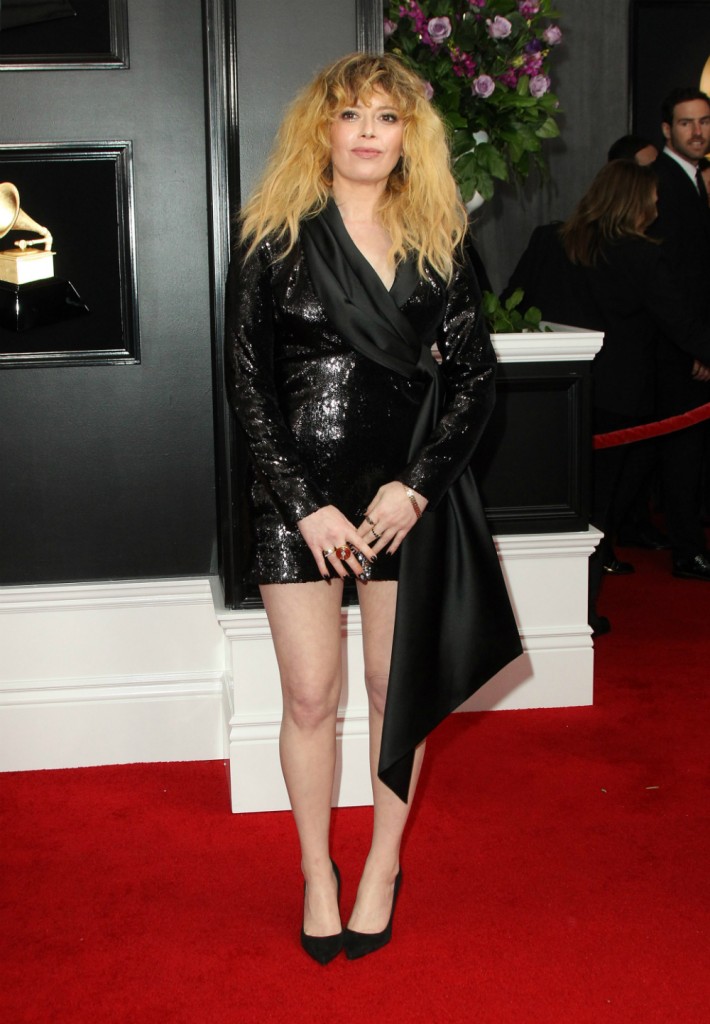 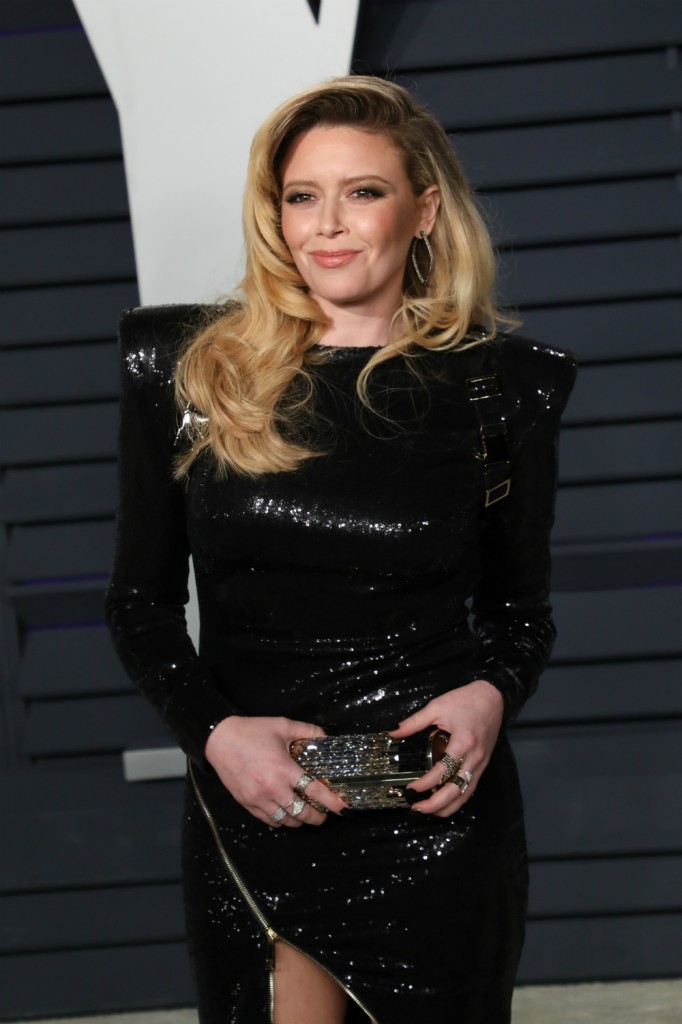