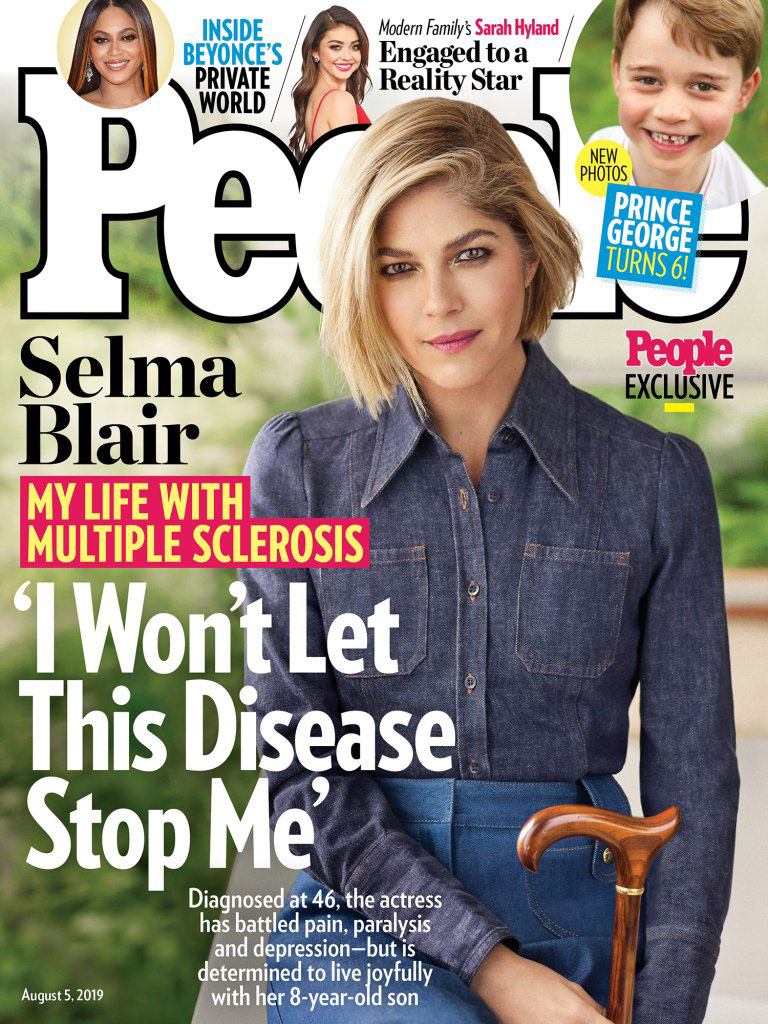 Last month, Selma Blair posted a sweet Instagram of her son, Arthur, helping her buzz her hair. People shared the post along with comments that Selma had made to Robin Roberts on Good Morning America about Arthur’s reaction when she told him that she had been diagnosed with multiple sclerosis (MS). He had immediately asked whether she was going to die because she had MS. I’d written that I couldn’t imagine what it was like for Selma to have to explain her diagnosis to Arthur and then to be asked whether MS would cause her to die. I think it’s wonderful that Selma hasn’t hidden her MS from Arthur, but has talked about it with him in age-appropriate ways, and has let him help her do things like buzz her hair.

Selma covers the current issue of People, and she discusses living with MS, shares more about how Arthur is dealing with it, and how he has called her “brave”:

Blair, 47, says she is honest with Arthur (his father is fashion designer Jason Bleick, whom Blair dated from 2010-2012) about her new challenges and is constantly impressed by his resilience.

“He’s had to endure a lot; he’s seen a lot,” Blair exclusively tells PEOPLE in the latest issue, including watching her fall down stairs or rush to a bathroom if she’s feeling sick.

The actress says she was recently surprised to learn that Arthur enjoys having her visit his school.

“He said, ‘I love when you come to school because you make the kids laugh and you answer all their questions,’ ” she recalls. Blair says she doesn’t shy away from explaining to the kids about why she “walks and talks funny.”

“I explain what’s happening and that my voice doesn’t hurt, and we have really decent exchanges,” she says. “I had no idea Arthur was proud of that. I thought ‘I’m probably an embarrassment,’ but to know I’m not was one of my proudest moments.”

Arthur’s 8th birthday was Thursday; Selma posted a heartfelt message to him on Instagram Wednesday:

8 🎂 years. 8 years of eternal love. You are giving me new life. I knew it would be hard. When I found out I was to be a mother. I didn’t know how I would be pushed. You did that Arthur. You pushed me to turn into an almost completely different kind of person. Thank you. Tomorrow you are 8. The age I started to really feel grown up and still a child. I choose you on my team every time. Every life. I choose you. Happy birthday tomorrow #arthursaintbleick 🌟🎂🌟

This story was lovely to read; Selma seems like such a great mom, and it’s evident that Arthur agrees. I love that he likes her visiting him at school (and that he told her)! Back in March, Selma and Sarah Michelle Gellar did an interview with Entertainment Weekly to mark the 20th anniversary of Cruel Intentions, and the article included the note that Selma asked that they conduct a joint interview because she “sometimes struggled with her speech, and [Sarah] would be able to help.” I think that might have been when I learned that Selma has difficulty speaking at times, and I thought that her request for the shared interview spoke volumes about the close relationship that the two women have. Selma explaining to Arthur and his classmates about her experience of MS, including why her speech pattern is sometimes different than what they might expect, is so important because it helps to demystify the disease in a way that children can understand.

How Selma Blair's Another Life Cast Supported Her Throughout Show After She Revealed MS Diagnosis https://t.co/0ei9djUm3r 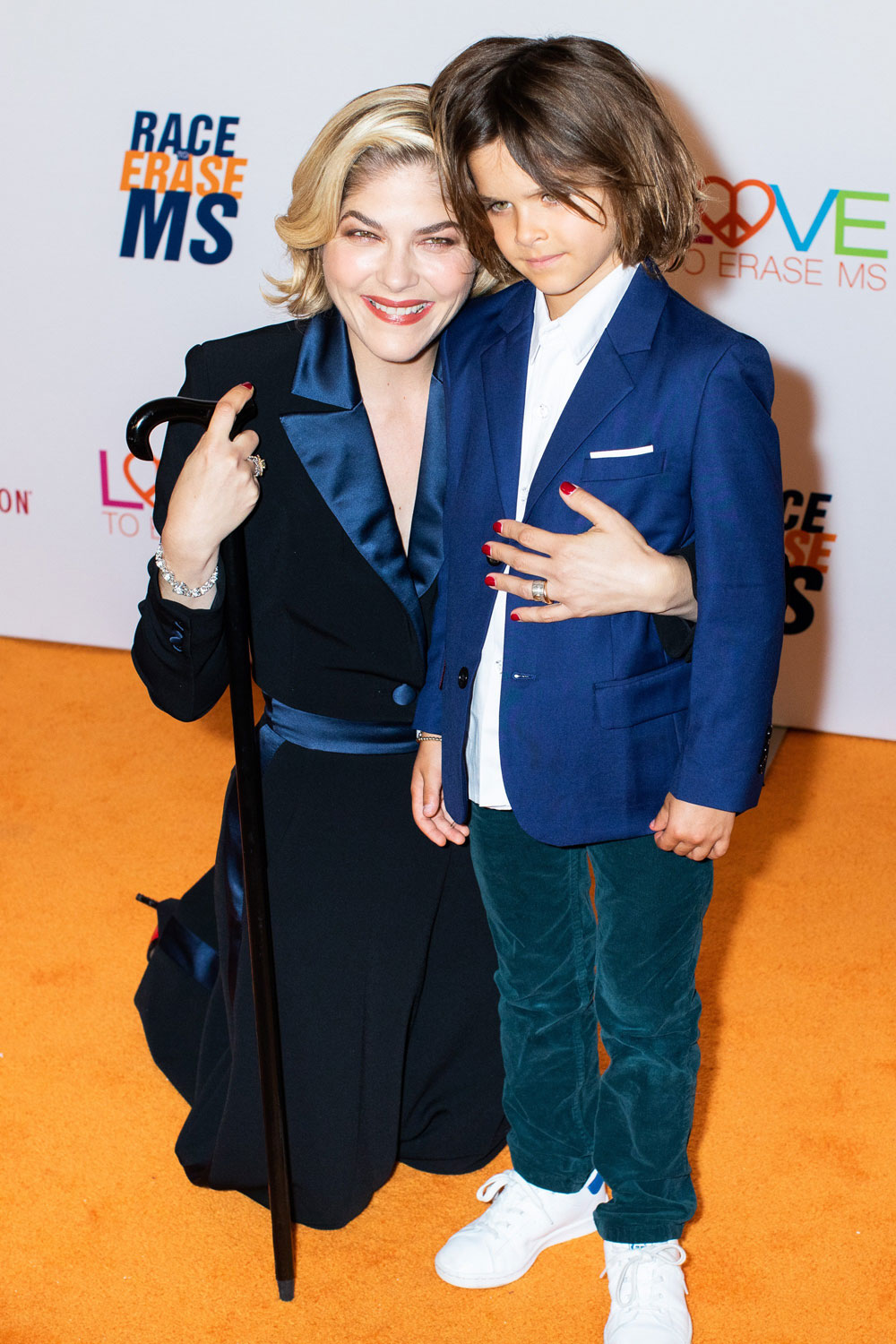 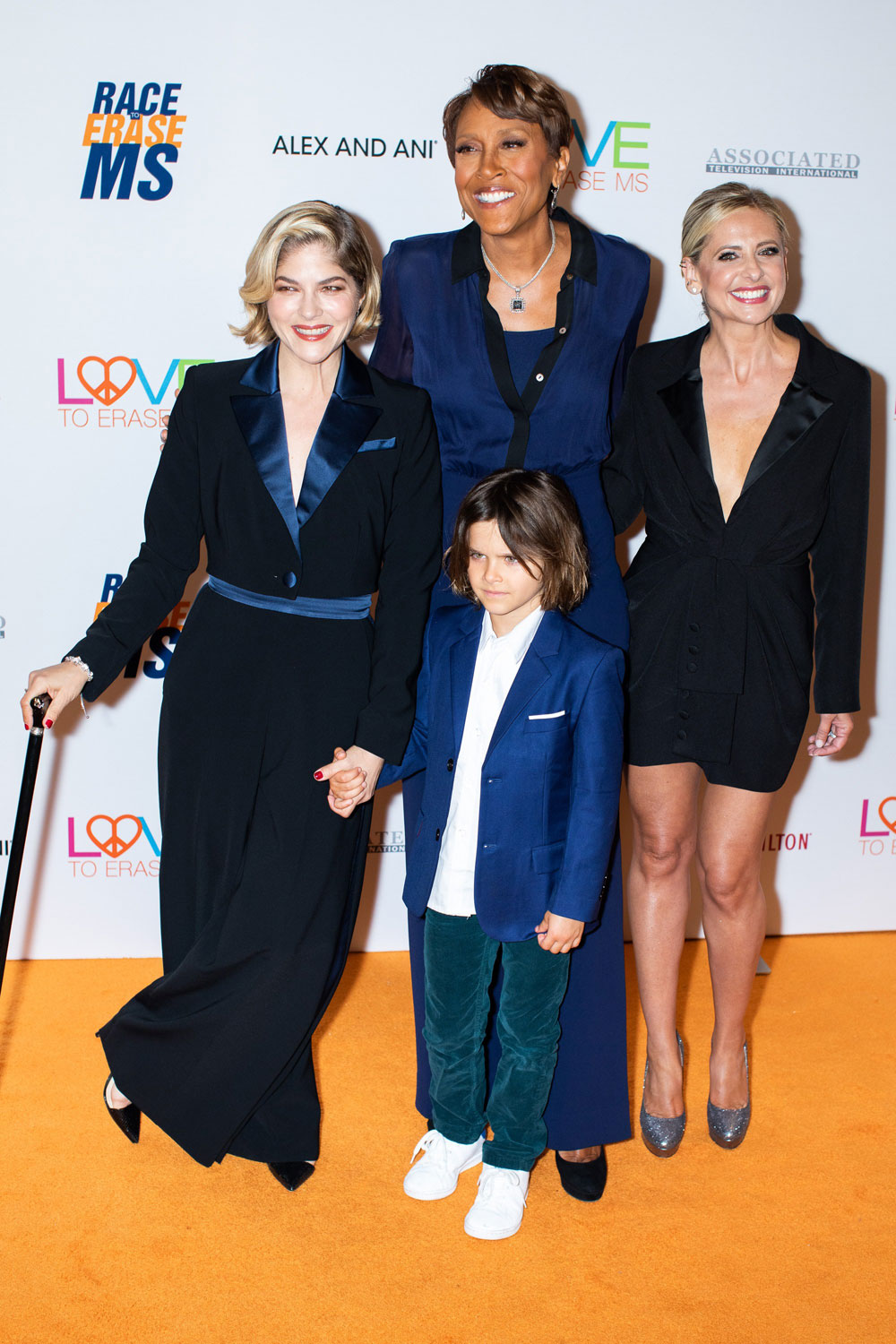