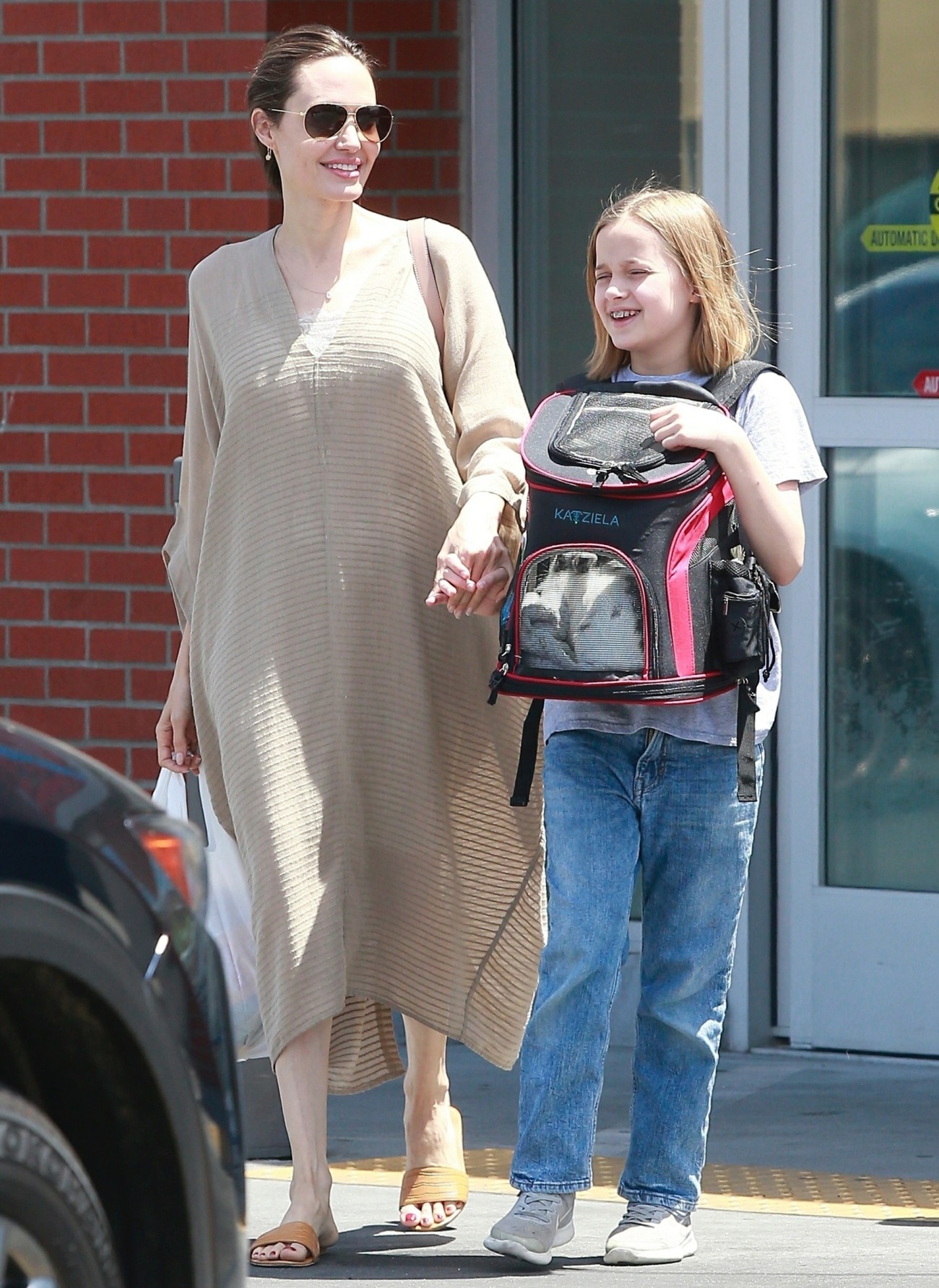 Here are some photos of Angelina Jolie and her youngest daughter, Vivienne Jolie-Pitt, out and about this weekend. They went to Petco and it looked like Vivienne got a new bunny. Honestly, it feels like Angelina takes her kids to Petco at least once a month. I get that they’re really nesting and “settling down” in Los Angeles permanently now, but I feel like the kids have at least five pets EACH. We know from Angelina’s interviews – and all of the Petco strolls – that Shiloh has lizards and snakes and we know the other kids have bunnies and there’s at least one dog? Probably more like two or three dogs. Six kids and how many animals? Any cats? I feel like there should be some kittens in the mix too.

Anyway, we’re probably going to see even more pap-strolls with Angelina and the kids in the next few months. Maleficent: Mistress of Evil comes out in October, and Angelina is fully on-board the Disney machine, not just with Maleficent, but with Marvel’s The Eternals too (Marvel is owned by Disney). I kind of enjoy the fact that Angelina and Disney are so tight now, and that she’s making the choice to Disney up her image.

Still, the sack dresses, my lord. I understand wanting to wear something breezy and light in the summer months, but look at this – she’s actually wearing layers! She’s wearing a slip and then this gauzy sack. And will someone re-introduce Jolie to color? So many beige sacks, so many black sacks. Would I accept a sack dress if it was a lovely purple or red? Perhaps.

Seriously though, how many bunnies do the kids have already? Is it some sort of reward system? “Do well on this test and we’ll go to Petco and you can get another bunny.” 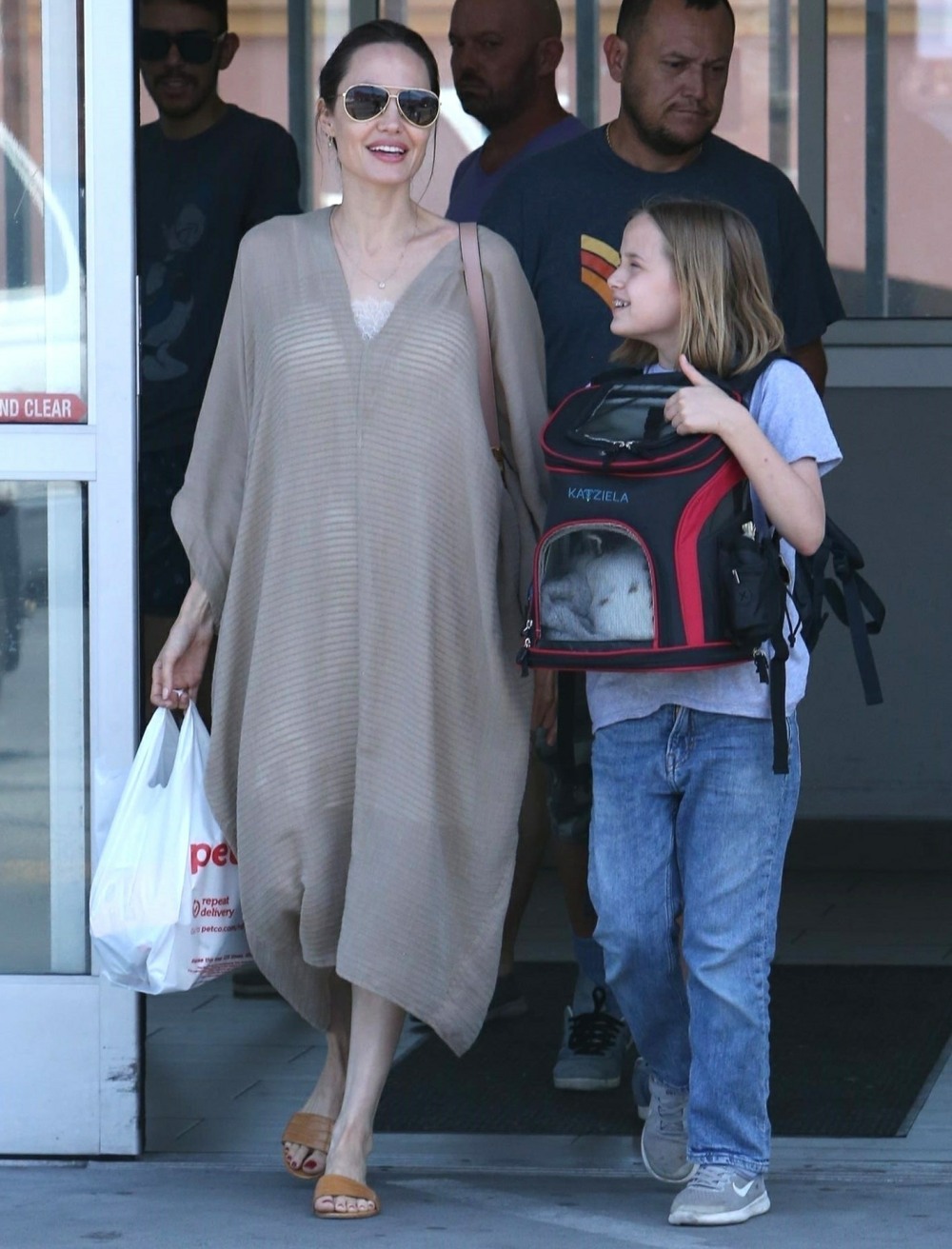 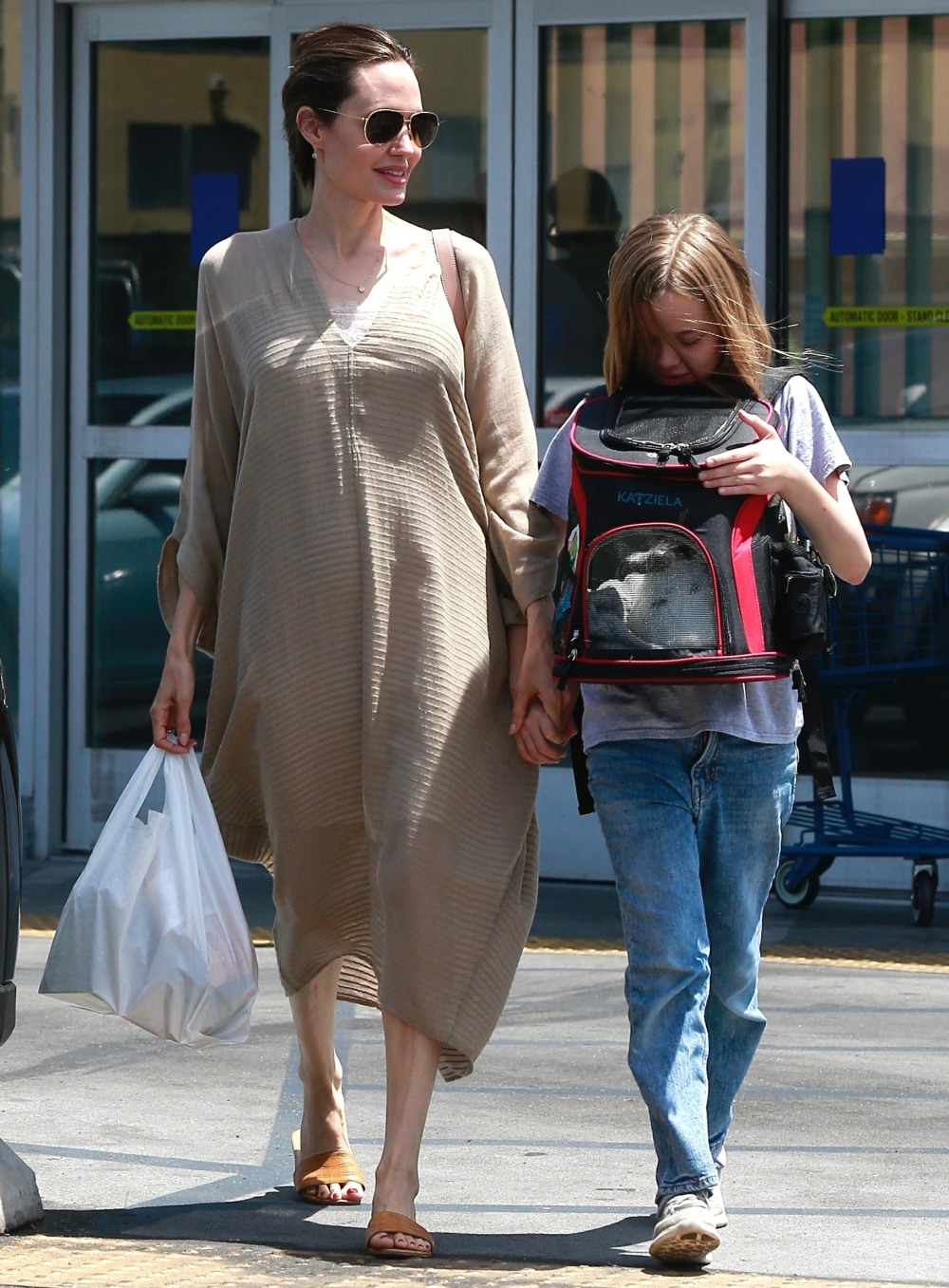