Dove Cameron: ‘A lot of people in this industry tell you not to speak about things’ 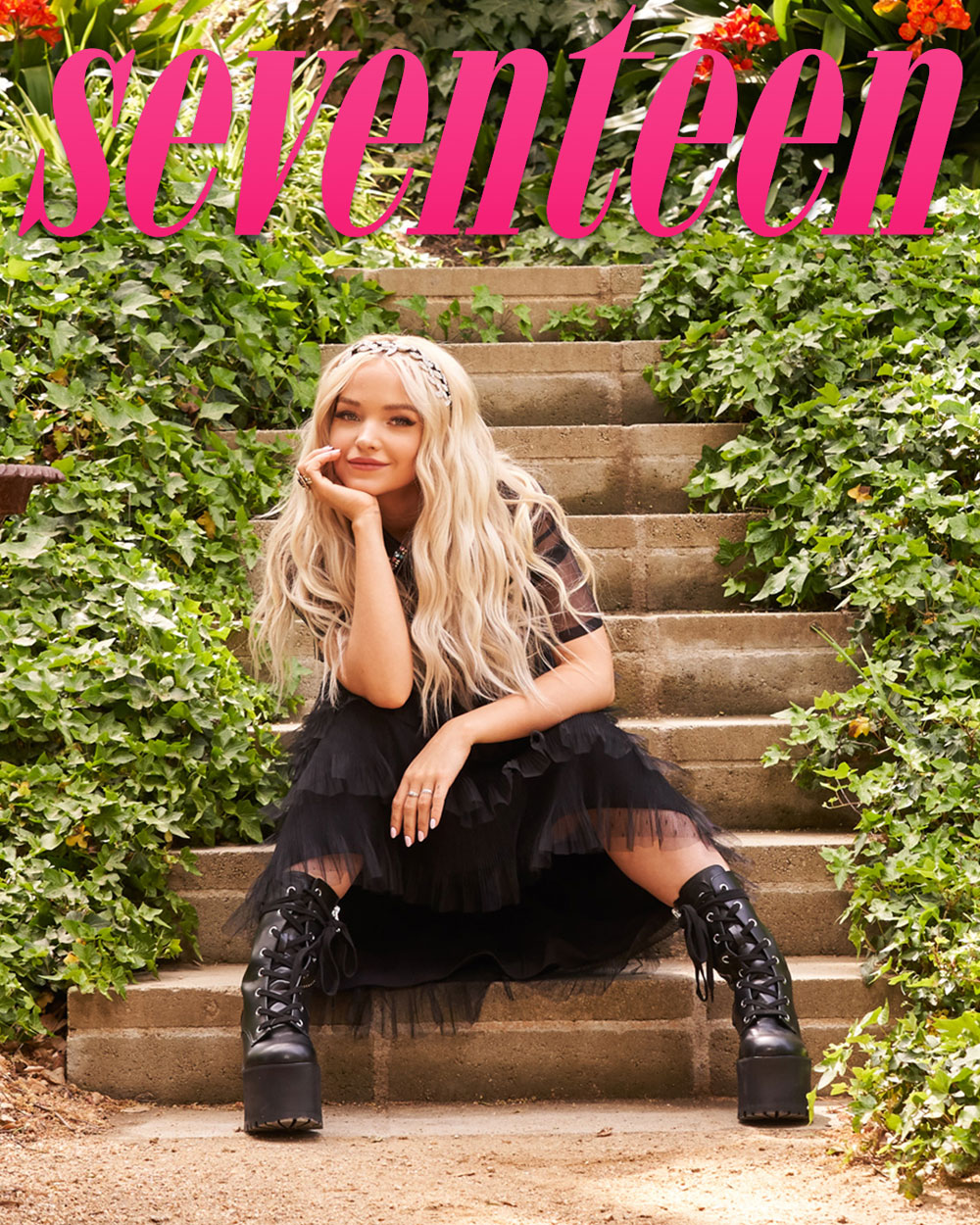 Dove Cameron, 23, has given an extensive interview to Seventeen in which she talks about her journey as an actress (she’s currently starring as Mal, the daughter of Malificent, in the Descendants movies) and about her personal life (she’s dating Thomas Doherty, who stars as Harry Hook, son of Captain Hook). She and her costars are still reeling after the sudden death of fellow star Cameron Boyce last month. In her interview with Seventeen, Dove talks about Cameron’s passing, but she also talks about their friendship and how much she loves him:

“From [the day we met] onward, Cameron was my friend and he treated me, like he treated everyone else, like they were the most important person in the room. I loved him like a brother, and I learned from him every day, how to be joyful, how to be resilient, how to be patient, no matter the circumstances. I couldn’t begin to quantify the wisdom and generosity that this kid had. I still learn from him every day.”

The Seventeen writer noted that Dove lost her father to suicide when she was 15:

This isn’t the first time Cameron has dealt with loss. At the age of 15, right before landing her first TV role on Showtime’s hit show Shameless, she lost her father to suicide. While Cameron has remained private about her family life, she has been very open about her own journey with mental health.

“I would call myself incredibly anxious, and I have dealt with depression,” she shares. “And I do have episodes of absolutely what feels like mania or something that is like I’m all of a sudden in the pits of despair. I can’t get myself out. I’m on the floor and I’m crying.”

While Cameron’s social media presence features its fair share of glam red carpet moments and exotic vacations around the world, she is also not afraid to share this side of her story — though her vulnerability hasn’t always been easy to come by. “I was scared when I was younger to talk about certain topics because there are a lot of people in this industry that tell you not to speak about a lot of things,” she says. “Then as you get older you’re kind of like, wait, no, maybe I know better. Maybe I don’t care about what you think. Maybe the risk is much less important than the gain. And I think so much normalcy would come from demystifying a lot in our own personal lives for younger people to look at.”

Dove said that she and her other Descendants castmates have a group chat, which they’ve used since the beginning of the franchise. They spend a lot of time checking in with each other, making sure that everyone is OK, which I think is so sweet. I can’t imagine what they are going through right now, but I’m so glad that they have each other to lean on in the wake of Cameron’s death. I also appreciate that Dove uses social media to talk about vulnerable topics. She has every right not to share, of course, but if it helps, good for her; it is likely helping some of her followers, too. She also mentioned that she has had eating disorders and for a long time functioned on very little sleep, but now is better about self-care: “‘But as long as you are your own mother, healer, and best friend, you will always know what you need. Sometimes it just takes a while to become yourself.’”

She answered 17 questions from Seventeen in a video. She told a really cute story about being about 9 and having a crush on a boy who was a year older; she was doing a lot of sewing and “wanted to give him a gift.” Since she knew that clothes were too advanced for her skills, she tried to figure out what boys like and made him a “tool kit.”: “‘Cause men love tools.” When he told her, “I love it; I’ll use it all the time,” Dove was speechless, and so he told her, “Well, this is really awkward; I don’t like you anymore.” While the ending of the story wasn’t quite what Dove had envisioned, I love the fact that at 9, she was sewing and decided to use her creativity and skills to make something that she thought her crush would like, which he did, if only for a few seconds. I enjoyed the video and the interview; I know that I’m not in the target audience for some of her projects, but I kinda want to watch the Descendants films now! 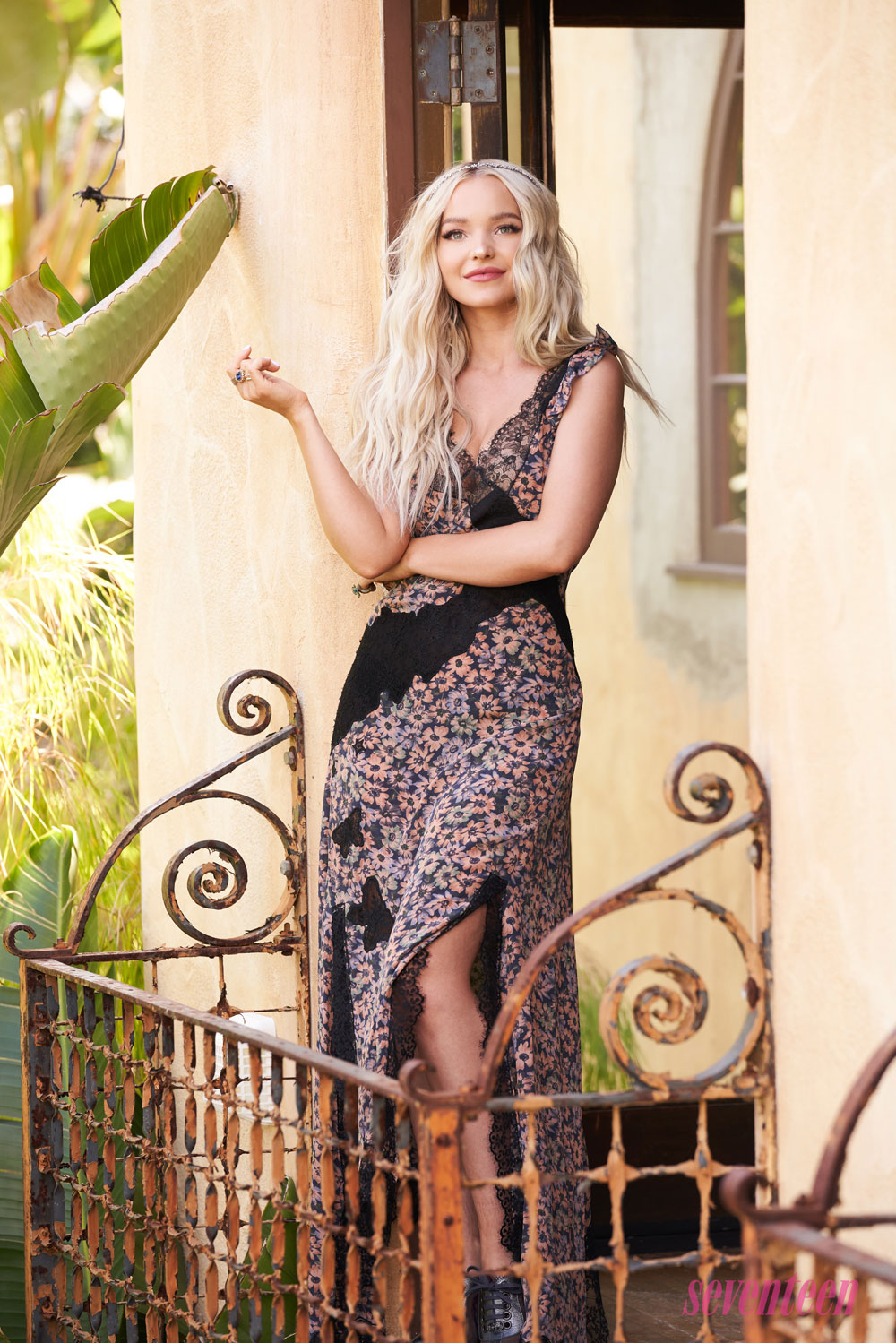 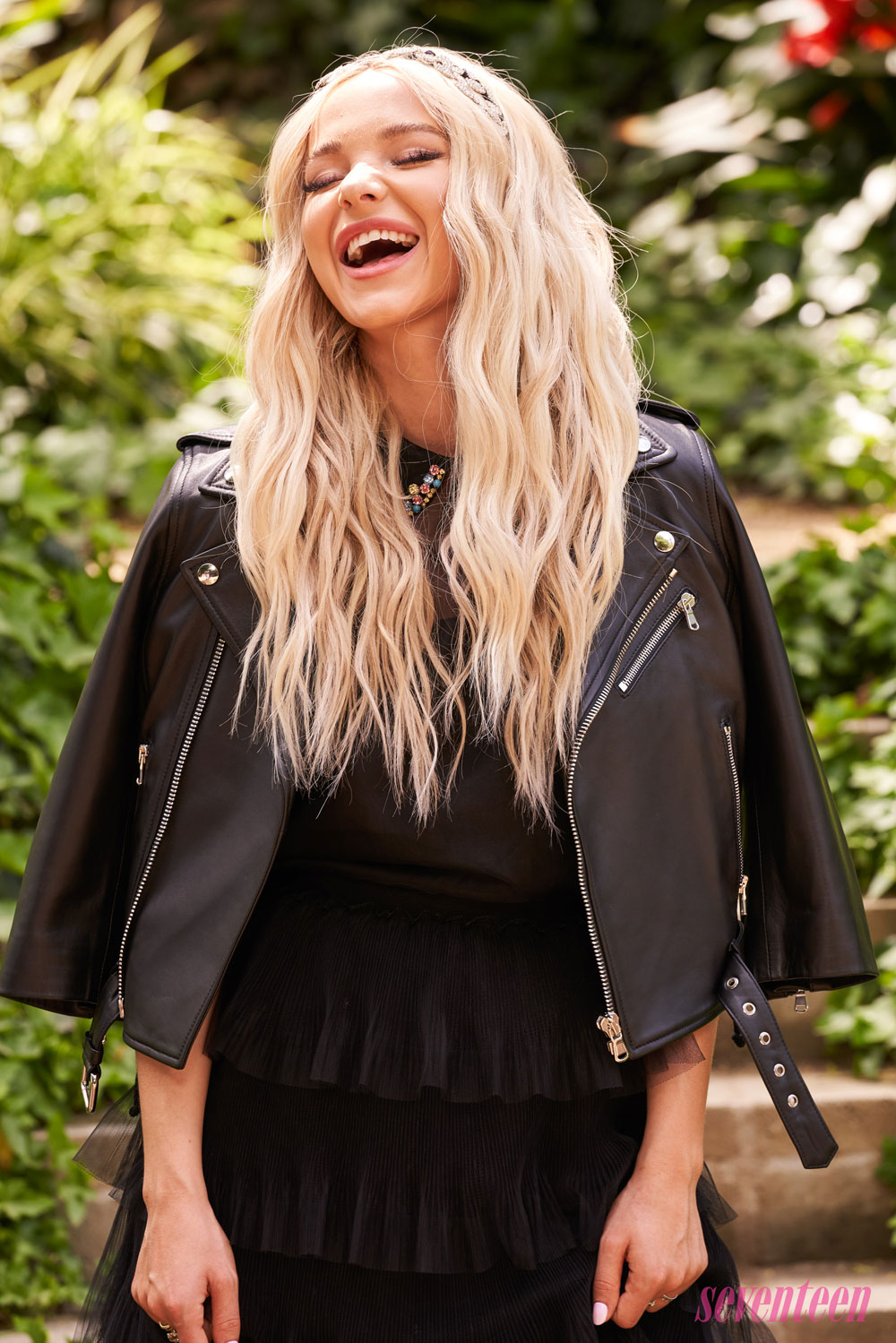 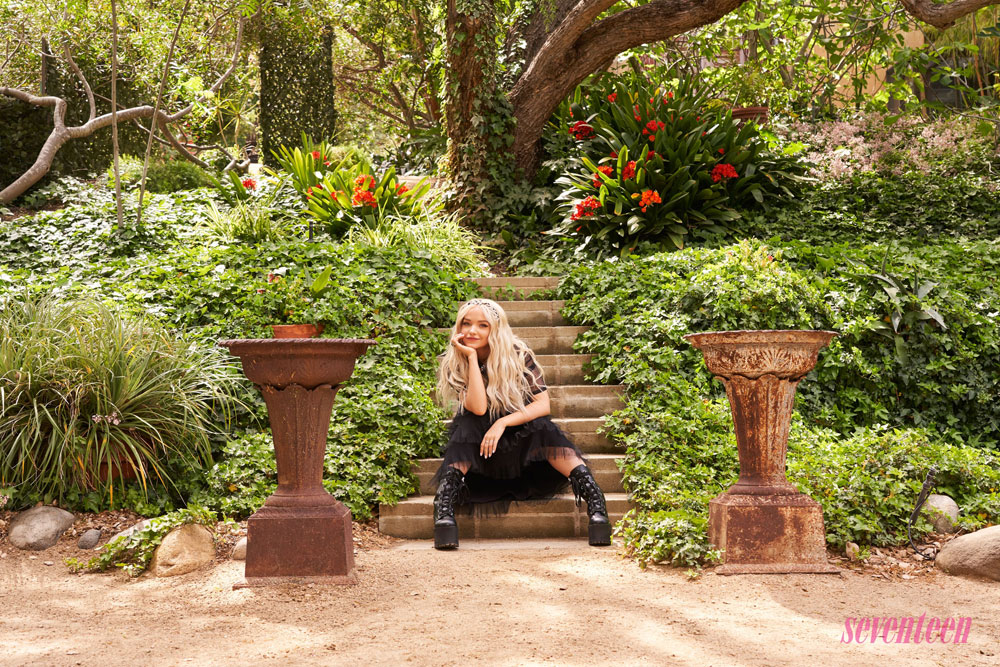 10 Responses to “Dove Cameron: ‘A lot of people in this industry tell you not to speak about things’”