Kirsten Dunst: ‘It’s so much easier to go back to work than it is to be a SAHM’

Kirsten Dunst has gone all-in with TV now and I don’t hate it, at all. She was brilliant in Fargo, and now she’s got the kind of showy, scene-chewing role an actress dreams of: playing a white trash con artist working through a pyramid scheme in On Becoming a God In Central Florida, on Showtime later this month (it premieres on August 25). She plays Krystal Stubbs and I think this was her first role after giving birth to her son, Ennis Howard Plemons, in May 2018. Here’s the trailer:

For years, I forgot that Kiki was genuinely one of the best actresses of her generation. I’m glad she’s reminding everyone of that fact with TV work. Anyway, Kirsten was taking part in a panel discussion at the Television Critics Association Summer 2019 press tour, and she was asked about going back to work after having a baby. Her answer was…interesting.

Kirsten Dunst is happy to be back at work! The star, who appears in the upcoming Showtime series On Becoming a God In Central Florida as Krystal Stubbs, said that it’s “so much easier” to head back to set than to stay at home.

“I’m just tired all the time,” Dunst, 37, told reporters at the Television Critics Association Summer 2019 Press Tour, where she appeared along with costars Mel Rodriguez, Beth Ditto and Theodore Pellerin to promote the project.

“Also doing the show too, it’s so much easier to go back to work than it is to be a stay at home mom,” Dunst added. “I was like, ‘bye’ to my mother-in-law [who watches her son while she’s at work]! I was like, [phew!]” she said.

The actress told PEOPLE in a recent interview that she picked “the hardest thing” possible after becoming a new mom in playing Krystal. “I basically went for the hardest thing that I could possibly do after having a baby,” she said. “I was with this role for two to three years. For me, it was just the perfect time frame. I had family and friends to help me.”

It’s interesting to hear Kirsten say this, because I kind of thought that once she had a baby, she was just going to stay home for a few years and nest and do that. She had talked about that a lot before she met Jesse Plemons – her dream of a stay-at-home mom life. I guess once she got it, she was like “damn, this sh-t’s hard, I wanna go back to work.” So what’s more difficult, SAHMomming or pretending to be a trashy con artist? Now we know. And yes, I’m sure this will ignite some debate in the Mommy Wars. I do think Kiki was just saying that this was HER experience, that momming is harder than actressing. 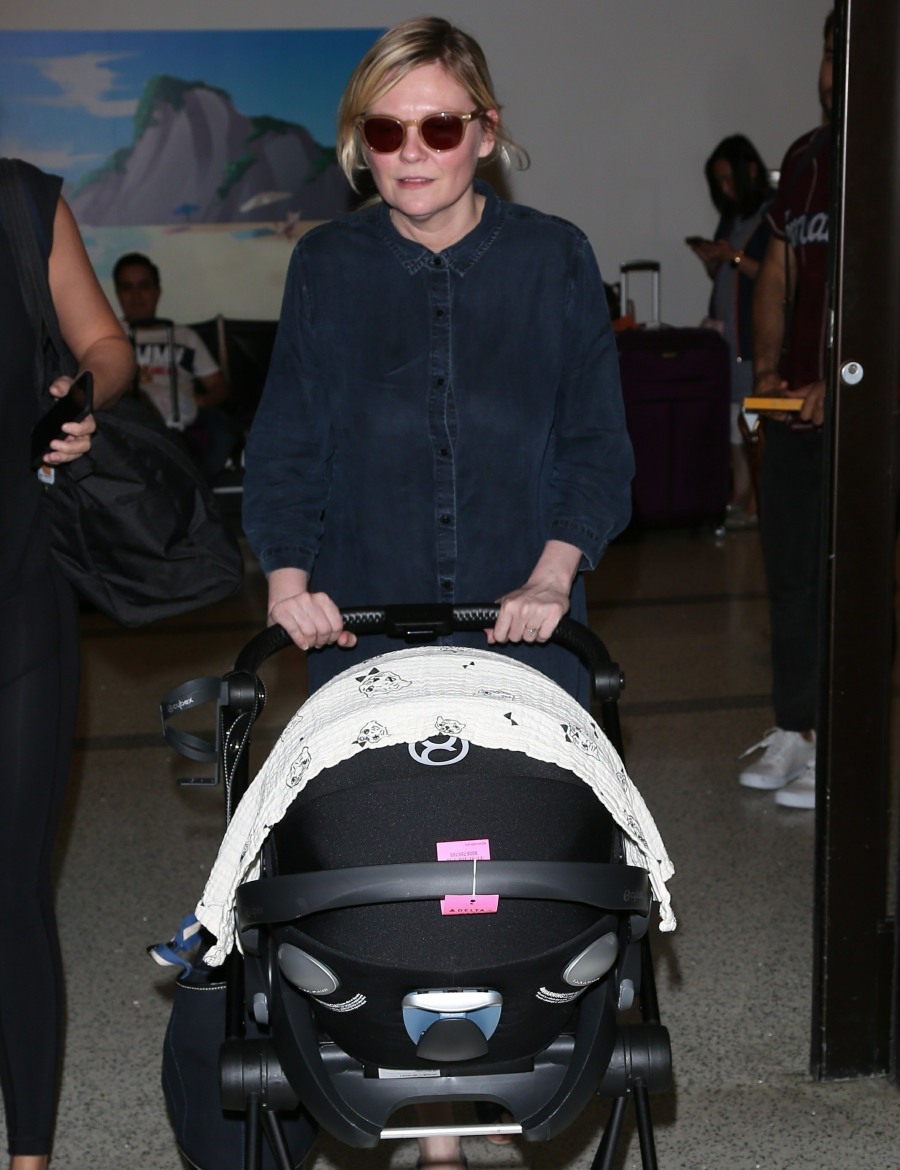 82 Responses to “Kirsten Dunst: ‘It’s so much easier to go back to work than it is to be a SAHM’”